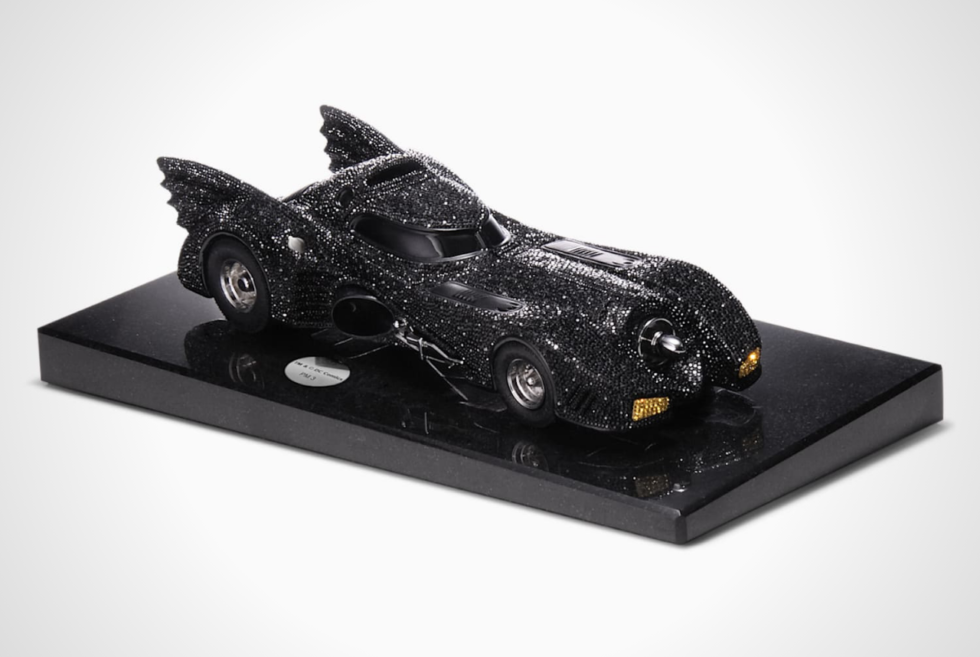 Fans of the caped crusader know that there is a lot more to him than just his badass skills. That’s right, Batman might be one of the most fascinating comic book superheroes of all time due to a lot of things. Aside from the iconic suit, Bruce Wayne’s crime-fighting alter ego never heads out without his state-of-the-art equipment. Aside from the ones he carries along, the Batmobile is perhaps the most essential as it is his means of transport. To our surprise, Swarovski is offering something collectors would want to own by all means.

Batman memorabilia has been a mixed bag over the years, but scale models always have a special place in our hearts. It appears the Austrian jeweler feels the same way as it introduces one unlike any before. Instead of the Dark Knight or any other characters, Swarovski unveils a marvelous representation of the legendary Batmobile. What makes it even more special is that it is based on the movies directed by Tim Burton.

Many of you will argue that Christopher Nolan’s take was leagues above anything else. In fact, we can’t help but agree on that matter as well. However, the one with Michael Keaton is one of the best silver screen adaptations in Hollywood history. Hence, Swarovski is using that specific Batmobile as the template for its crystal creation.

We believe that hardcore Batman fans will be fighting for a chance to own this luxurious item. With only 200 examples planned for production, it’s likely everything will be spoken for in no time. Each Swarovski Batmobile Limited Edition features 16,000 crystals meticulously hand-set using the Pointiage technique. The precision that goes into the piece is jaw-dropping which is why it commands a hefty $8,900 price.