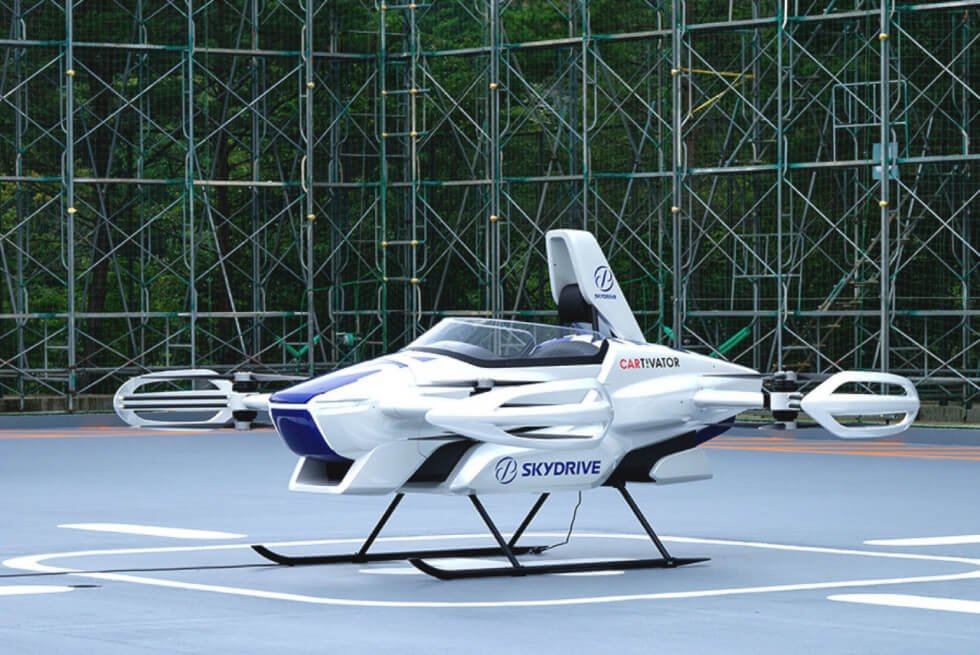 Just as electrification is gradually becoming ubiquitous, companies like Suzuki are already venturing into more futuristic projects. The transportation industry already expects personal flight platforms to become the norm down the line. Therefore, those in the mobility sector are eager to turn it into reality sooner. The SD-03 is SkyDrive’s eVTOL, which it plans to launch in 2025.

This single-seat eVTOL is a partnership between the two Japanese companies. Depending on how well it performs in tests, it could possibly turn into one of the highlights at the Expo 2025 in Osaka. If it receives regulatory clearance by then, the SD-03 will serve as an air taxi that event attendees can take for a spin.

Most likely, SkyDrive and Suzuki will have an official pilot on hand to be on the safe side. We regularly see eVTOLs in various forms and sizes come up in the news. However, most designs follow that of a regular aircraft. As such, these are unlikely to become the ideal flying cars average folks will want to own.

The SD-03, on the other hand, roughly has the footprint of a compact vehicle. It features landing skids like that on helicopters and features four arms that extend from the sides of its aerodynamic frame. Each end holds two rotors with three-blade propellers and bumper guards for additional safety.

Its current form could still be an early prototype since the exposed parts are potentially dangerous. Let’s hope that the SD-03 would eventually look like the SD-XX concept SkyDrive previously shared. The latter sports a sleeker silhouette with a fully-enclosed cockpit. 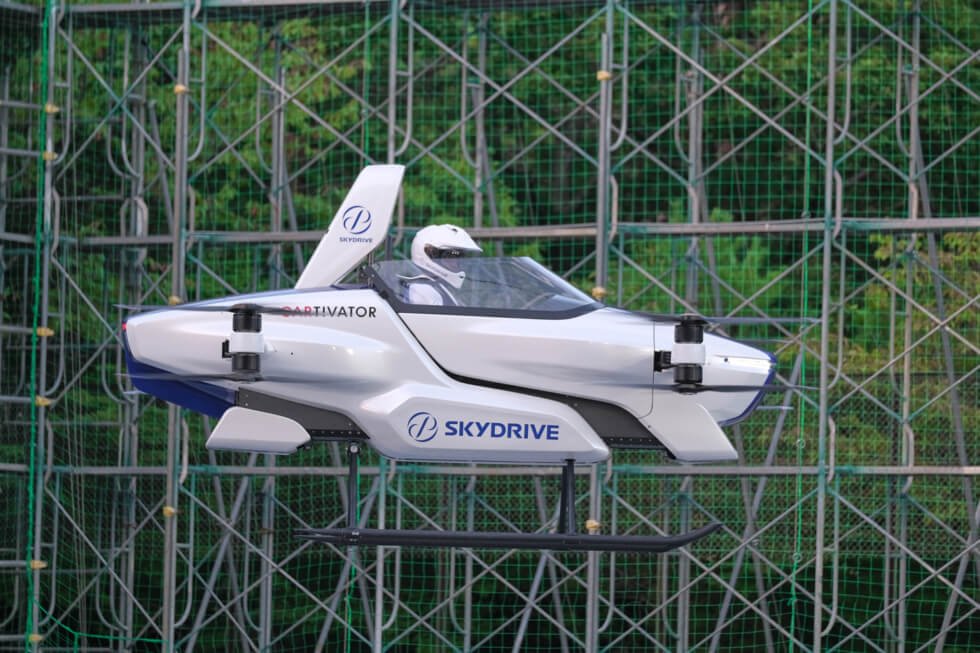 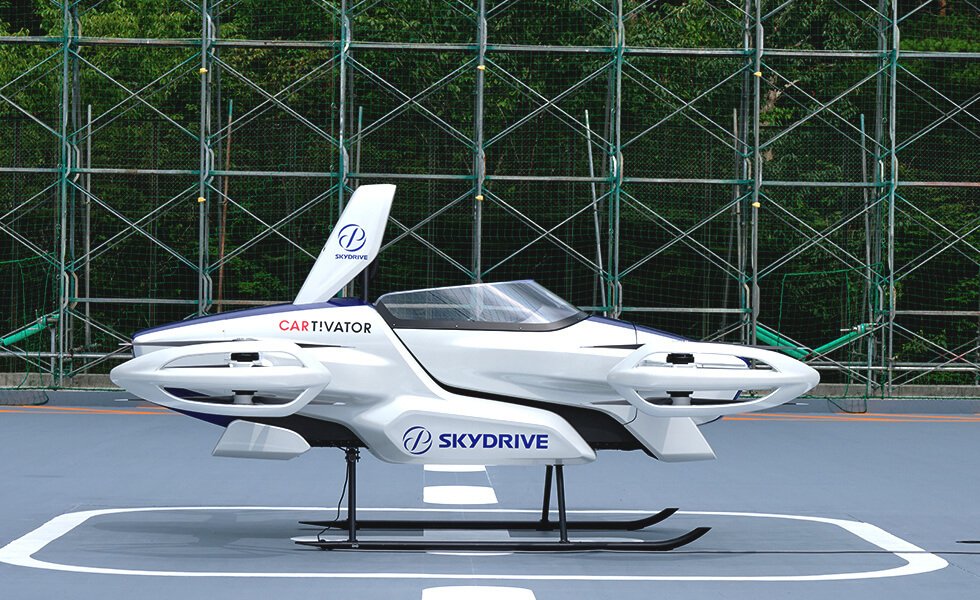 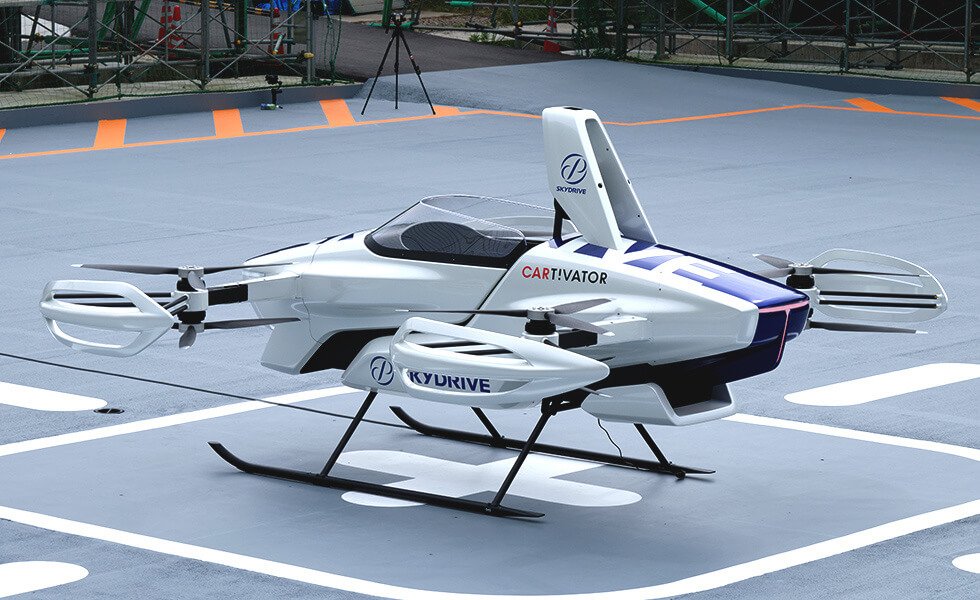