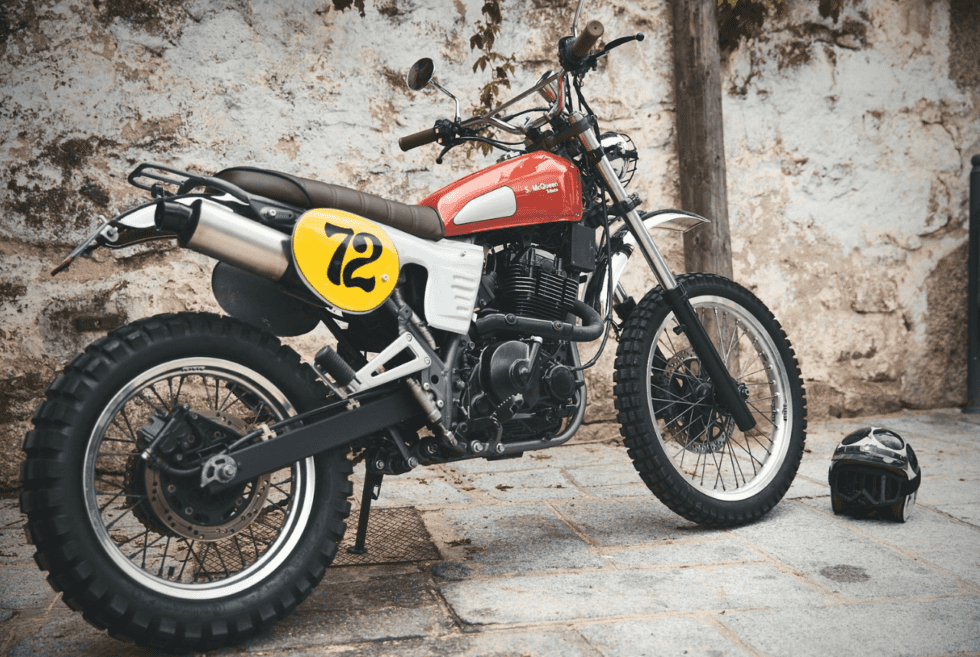 We love it when shops go to town and go all out on customizations. But we’re also equally partial to shops who pay tributes to icons of the beaten path. Such is this Suzuki DR 650, from Spain’s 72 Cycles Performance.

Steve McQueen, as we all know is a badass. A legend of his own accord, this man is one of the most prolific racers of his era. He gravitated toward higher-end rides in his career, like the early-model Husqvarnas that are popular for racing, specifically.

Nearly all McQueen’s bikes contain a certain trademark. It’s hard to ascertain exactly what this trademark is. But you know when you see it. There’s just something about the styling of his rides that really catches one’s eyes. Usually, though, they heavily feature tinges of white, brown, red, and green. A palette Mcqueen favored over anything else.

In paying respects to this iconic racer, 72 Cycles Performance has decided to recreate the Husqvarna. With a twist, of course. The shop chose to forego the original Swedish platform, for starters. Instead, underneath it all is actually a Suzuki DR 650.

But aside from the fame, the bike practically remains unchanged. There’s the awe-striking leatherette seat, knobby off-road tires, and a slick scrambler silhouette to top everything off. That’s not all, though. You also get the classic colors that made the original ride so noteworthy. Sure, it’s a Suzuki DR 650 when everything is stripped away. But that should not take away from how inspired this job is. And how thoughtful a tribute it is to McQueen, more importantly. 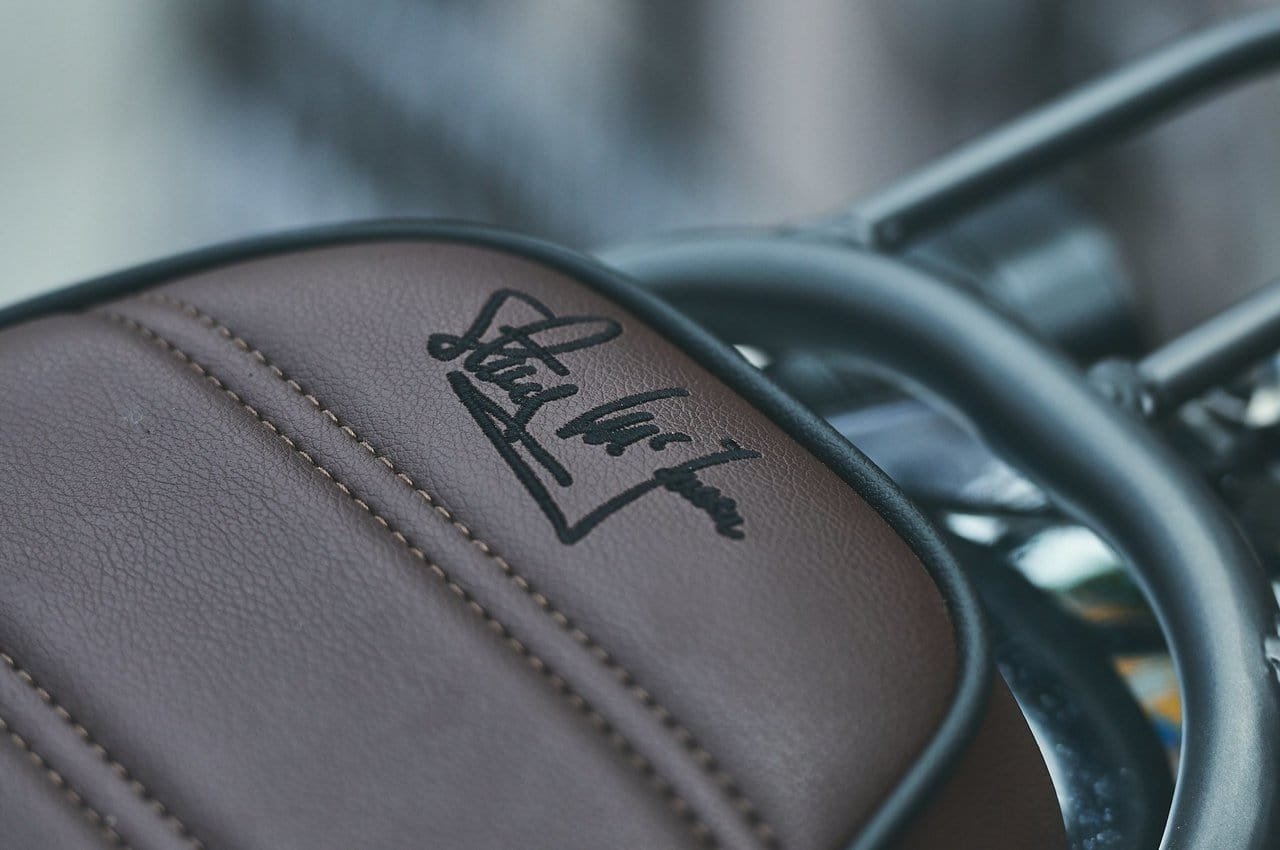 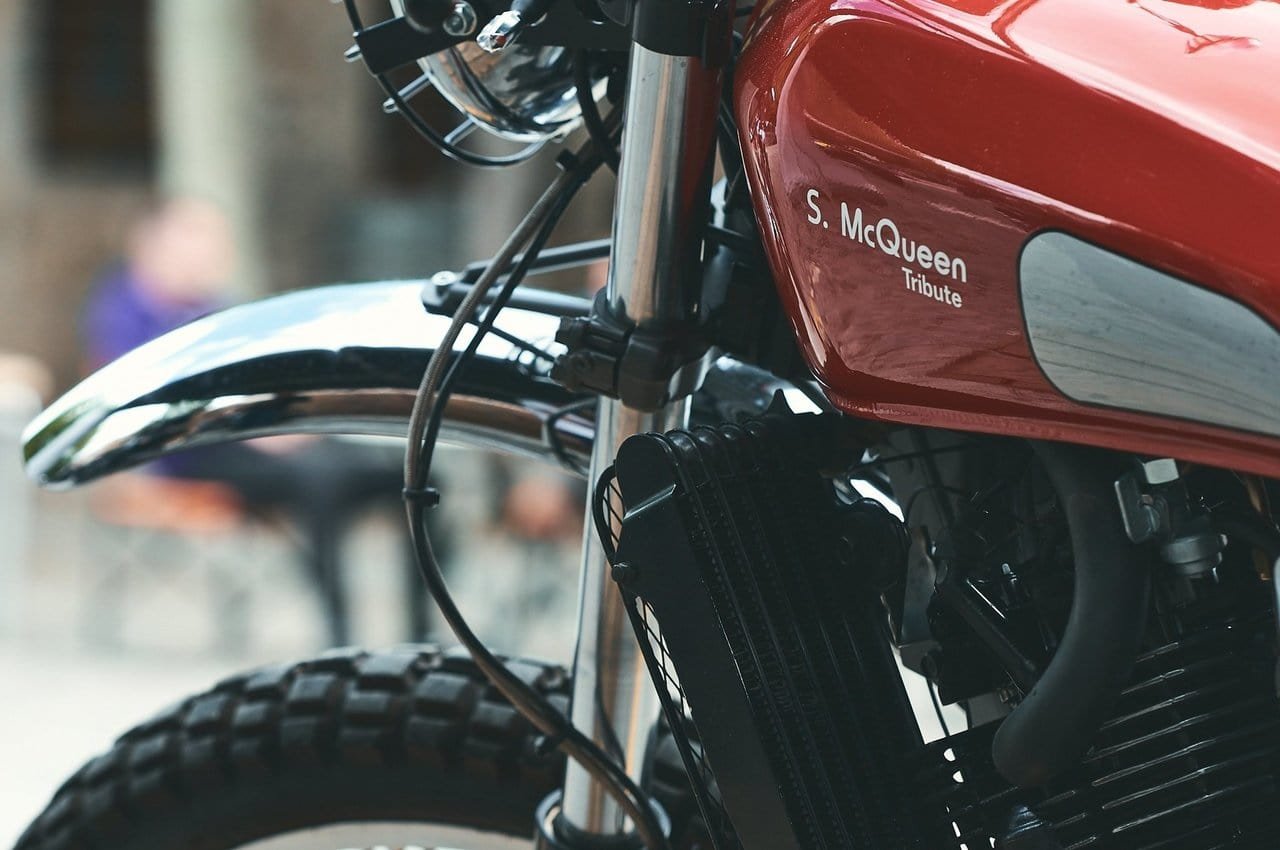 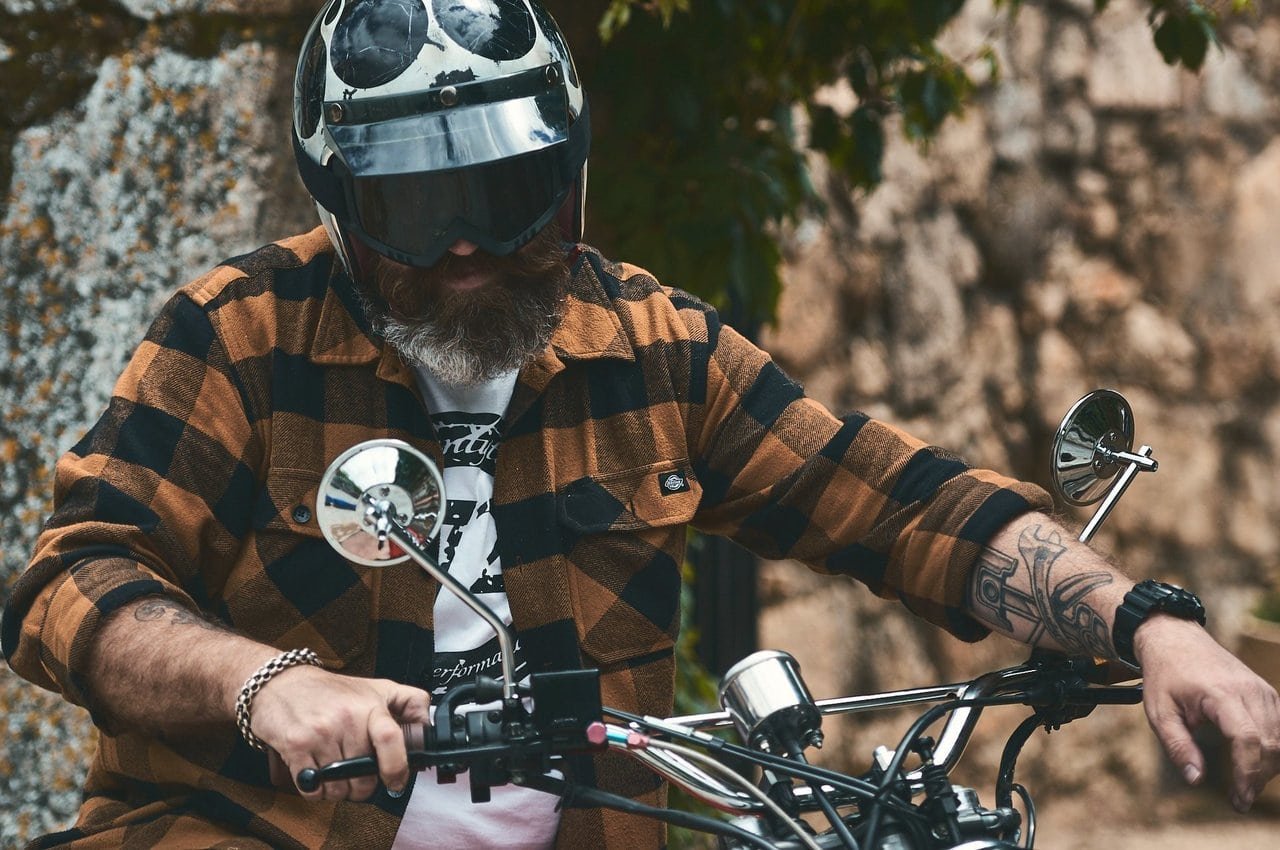 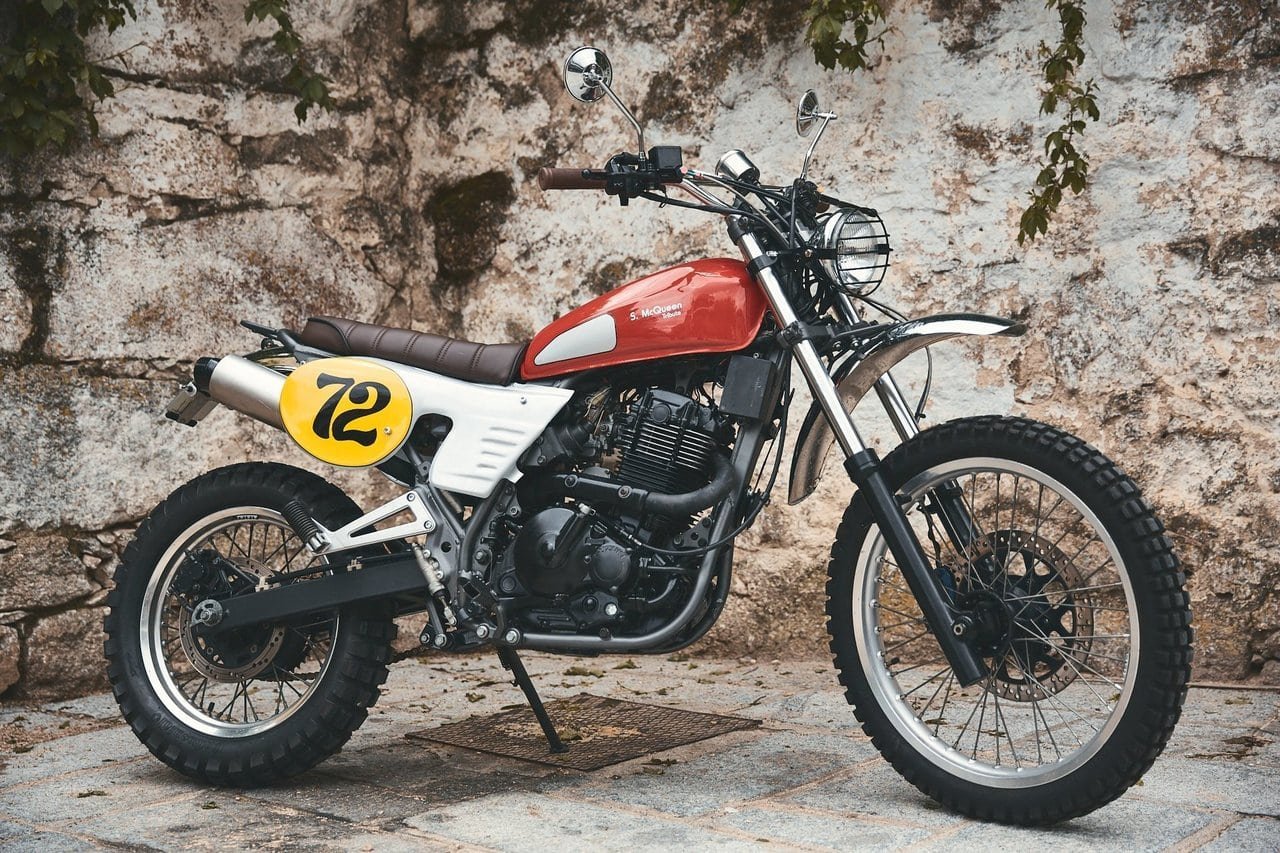 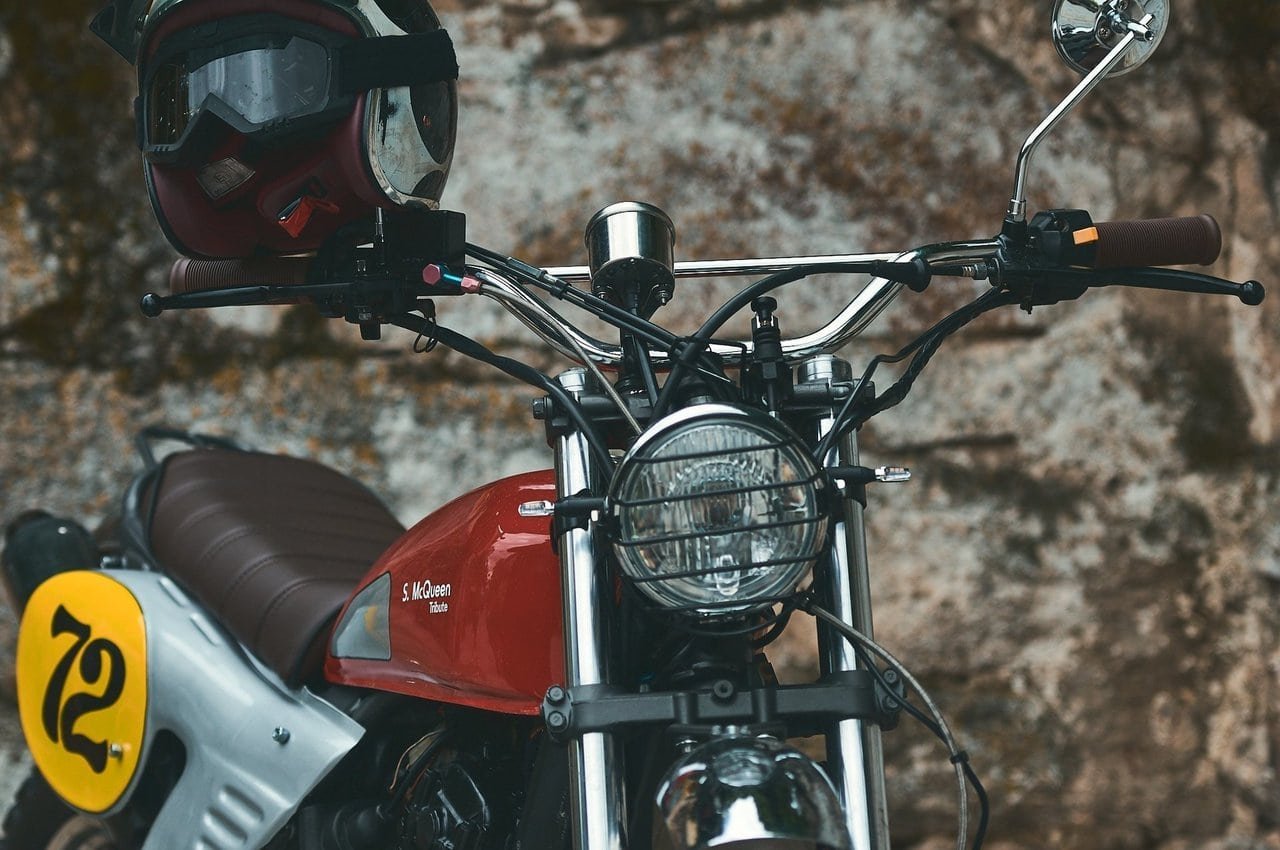 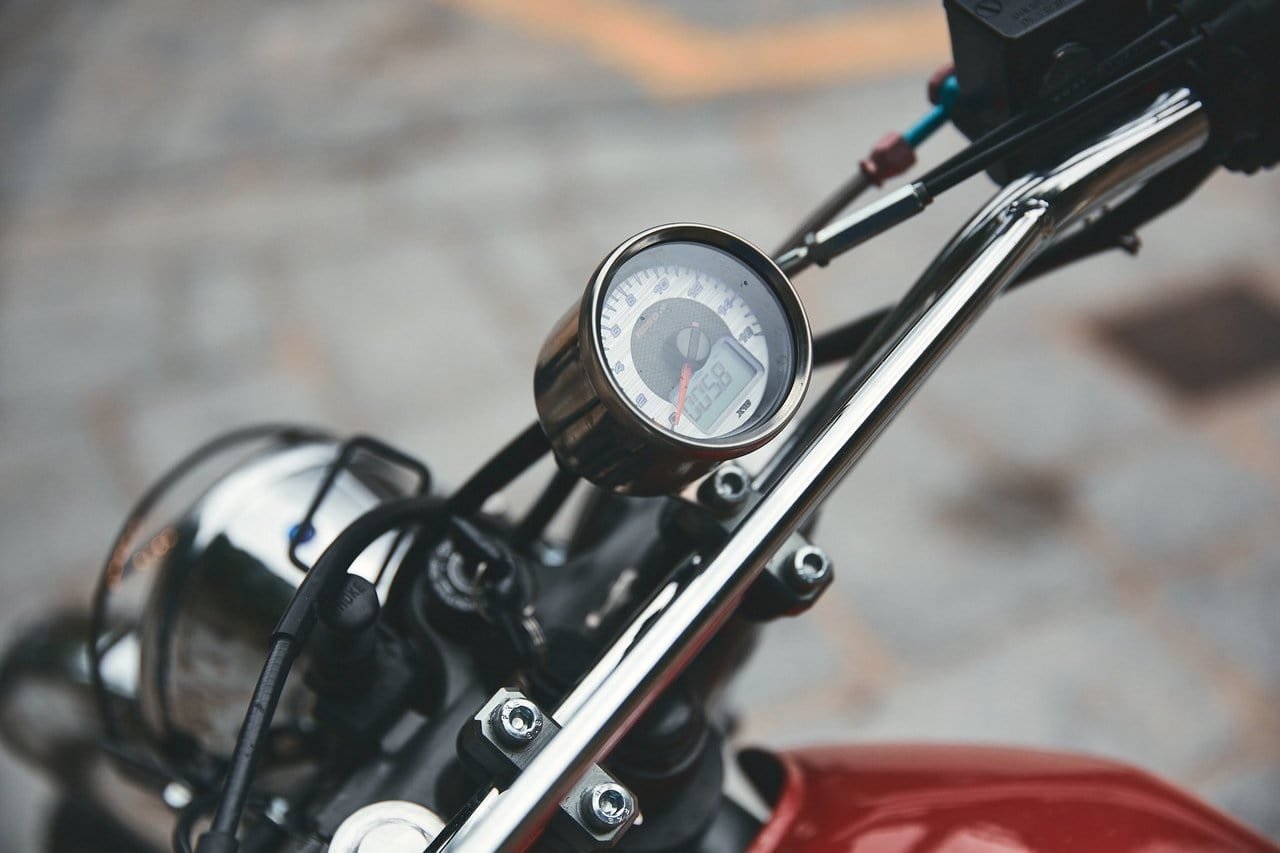 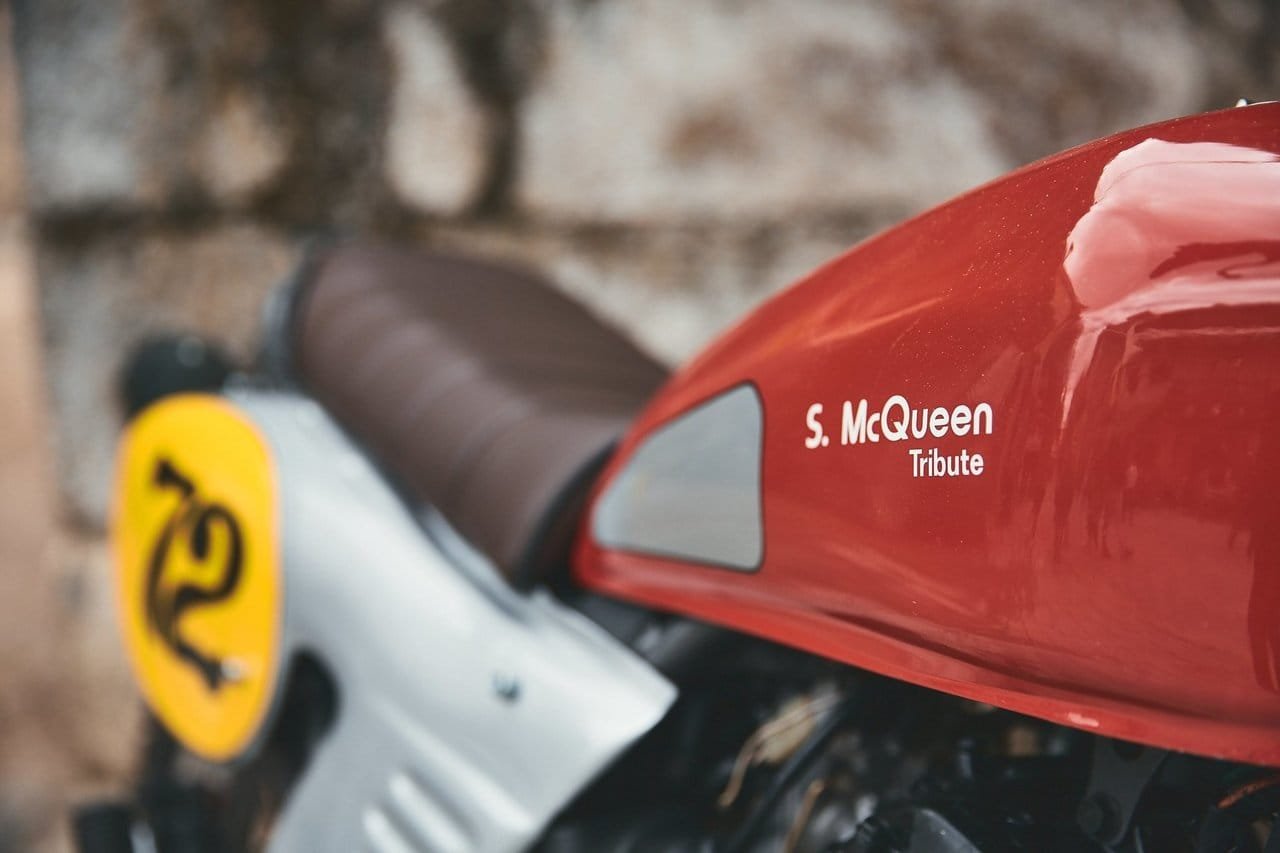