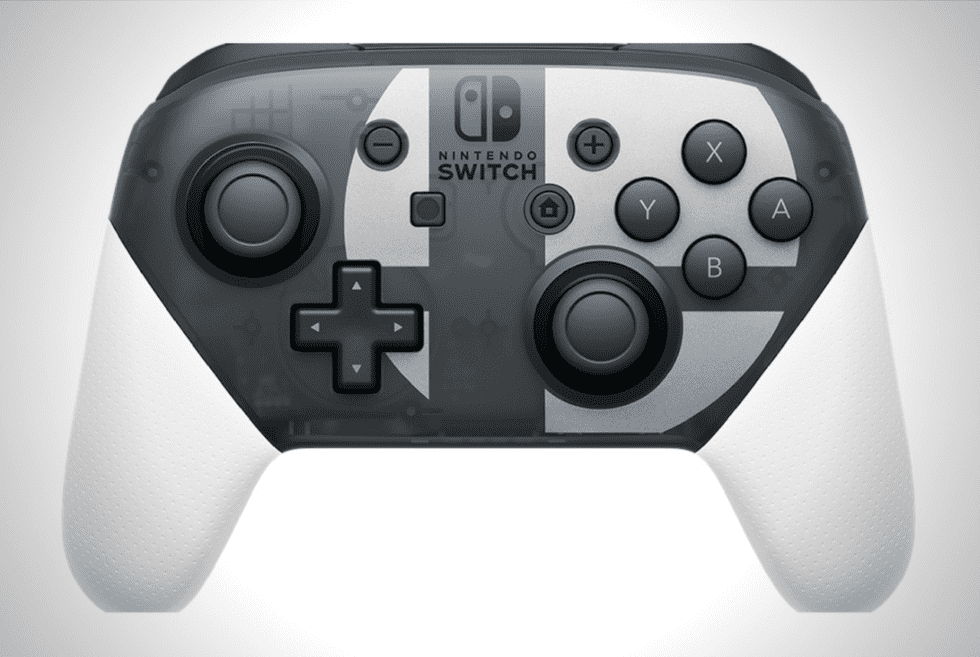 Any Super Smash Bros. diehard will wax evangelical about how your chances of winning in combat will ultimately depend on what type of controller you’re using. Many of them swear by the GameCube controller as the best one to use. However, suppose you want to prove them wrong, now’s your chance to do it — with a little bit of flair, at that.

Check out Nintendo‘s special Pro Controller that’s wrapped in a Super Smash Bros. theme. It’s not the best-looking themed controller Nintendo has ever put out, to be clear. That being said, it looks decent enough. You won’t be looking at the controller most of the time, anyway.

Nintendo went with a black, white, and gray color scheme to keep things simple. You get a huge Super Smash Bros. logo emblazoned on the main surface as well. Other than that, it’s basically a standard Switch Pro Controller.

Officially, the accessory is called the Super Smash Bros Ultimate Edition Nintendo Switch Pro Controller, and you can bet we’ll only mention that name once because it’s quite a mouthful. You’ll have a couple ways to nab one. Nintendo is going to sell it as a standalone product or in a bundle. Those of you who’ll go for the latter will get a Special Edition version of the game, which appears to be enclosed in a steelbook casing. It’s not clear what makes this version “special,” though. Maybe it’ll have exclusive in-game additions or characters, but that’s just a wild guess.

On the other hand, you can always just get the standalone Pro Controller, which Nintendo says will begin shipping on Dec. 7, the same day Super Smash Bros. Ultimate launches for the Switch.

The Aspark Owl Is A 2,012-Horsepower Japanese All-Electric Hypercar

The Aspark Owl is undeniably a jaw-dropping 2,012-horsepower hypercar of Japanese origin that will give other brands a run for their money.

Love Hultén teases another retro gaming goodie with the FC-PVM as a classy tribute to the Nintendo Family Computer.

Caviar is offering its services to turn the Galaxy S20, Galaxy S20+ and Galaxy S20 Ultra into something even more exotic.

Caviar takes the Samsung Galaxy Z Flip and gives it three custom makeovers with designs and prices that will make your jaw drop.