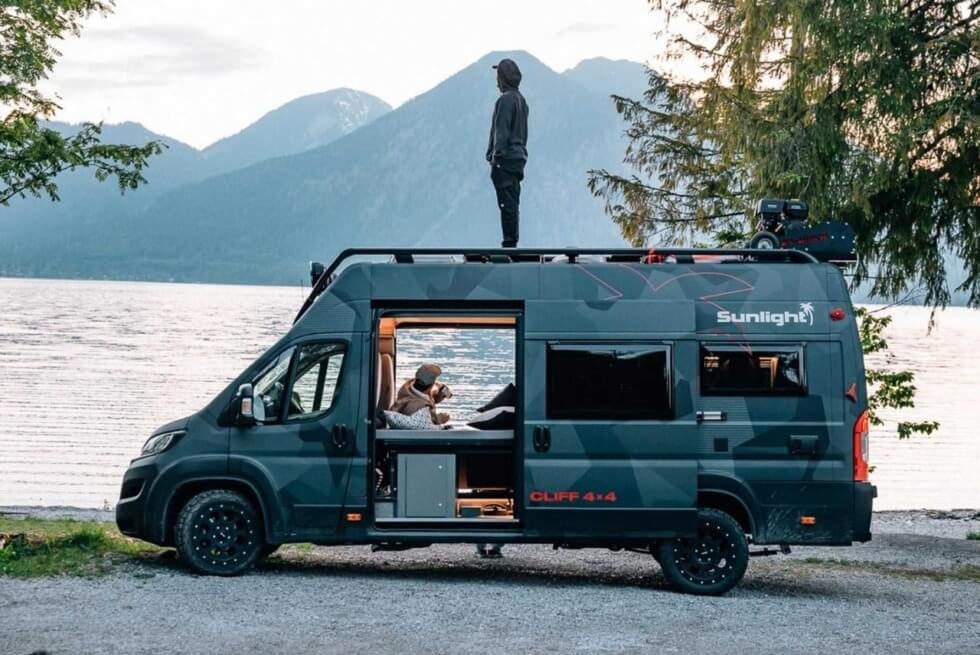 Most folks associate RVs with unplanned escapades into the great outdoors. The truth is your average motorhome is not enough for rough rides across challenging terrain. As such, we need to choose the right machine for the job. SUNLIGHT presents a capable option in the CLIFF 4×4 Adventure Van and we’re inclined to believe them.

This camper begins with a Fiat Ducato, which is considered by many a reliable platform. With its 2.3-liter multi-jet engine generating 130 horsepower and pairing that with an all-wheel-drive system, this bad boy is ready for almost anything. Take your pick from the best camping spots, head out, and enjoy.

The SUNLIGHT CLIFF 4×4 Adventure Van has extreme sports written all over it. Cool little details like the climbing holds at the rear instead of a ladder, a non-slip GRP roof, and a roof winch at the rear end. The latter, along with telescoping poles allow you to put up a hammock which is perfect for a relaxing nap.

It also doubles as a motorized system with a 1,640-foot rope. This is ideal for daredevils who want to water ski, wakeboard, or surf on bodies of water they come by during their travels. Photovoltaic cells up there harvest solar energy for the SUNLIGHT CLIFF 4×4 Adventure Van’s batteries.

Meanwhile, several transparent domes allow natural lighting into the cabin. Inside, there’s enough space to store your gear, bicycles, and other equipment. There is a couch and a table that can turn into a bed big enough for two. The SUNLIGHT CLIFF 4×4 Adventure Van also features a mobile shower, a freezer, and a removable JBL Bluetooth speaker. 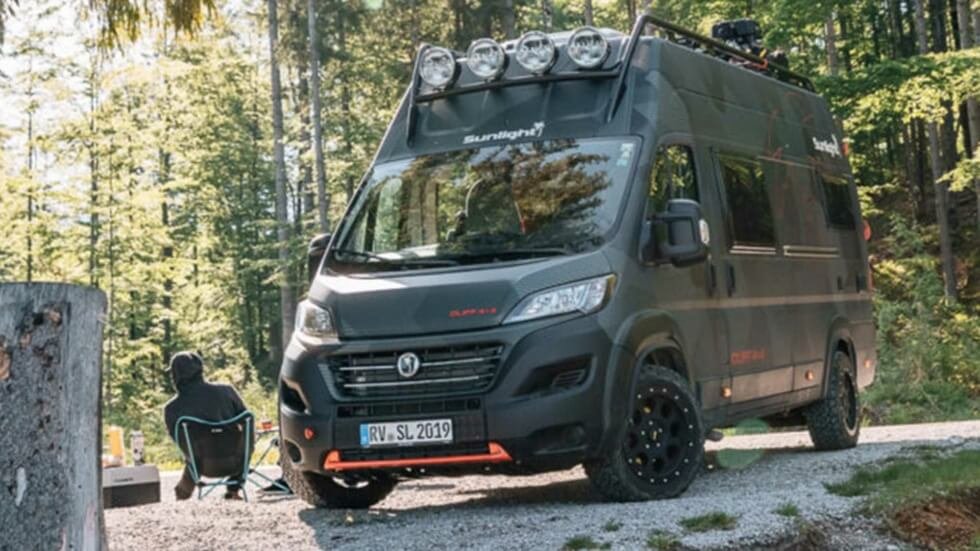 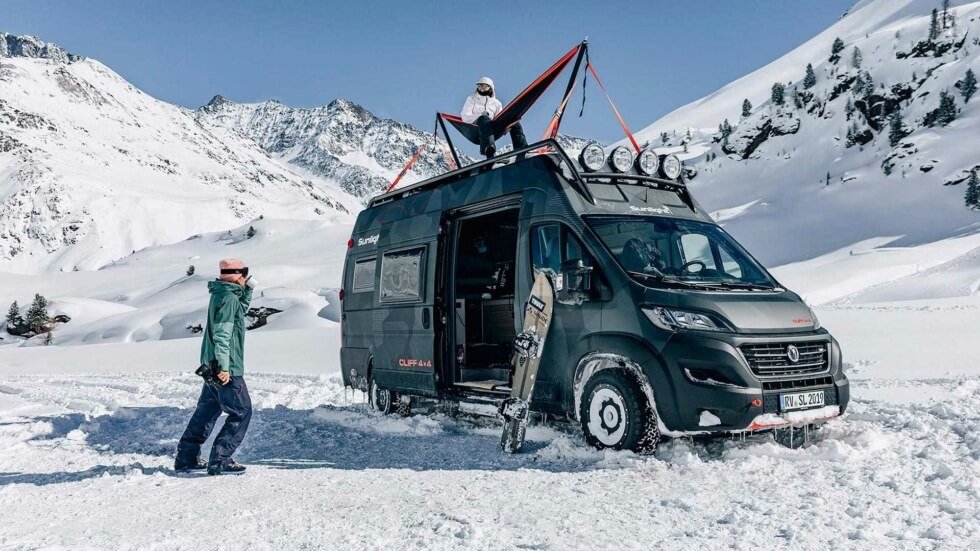 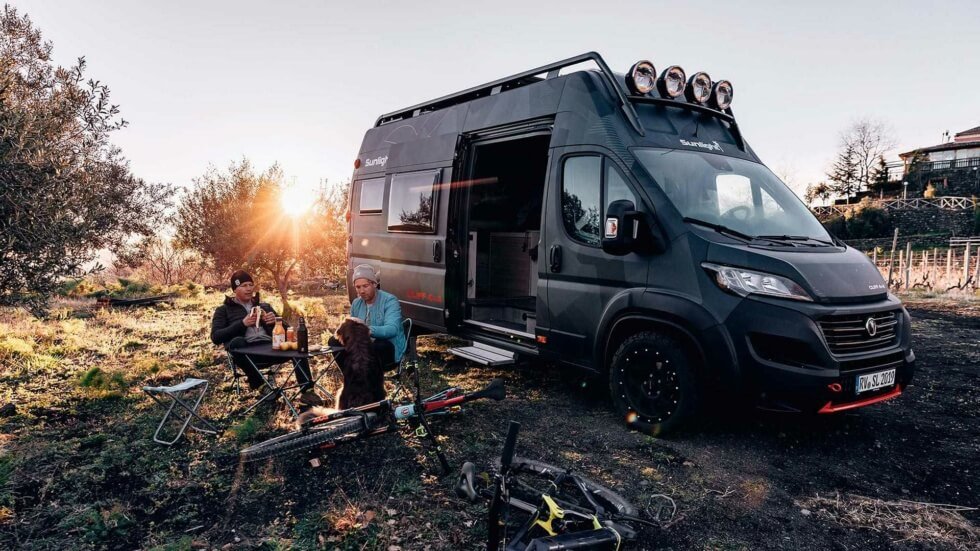 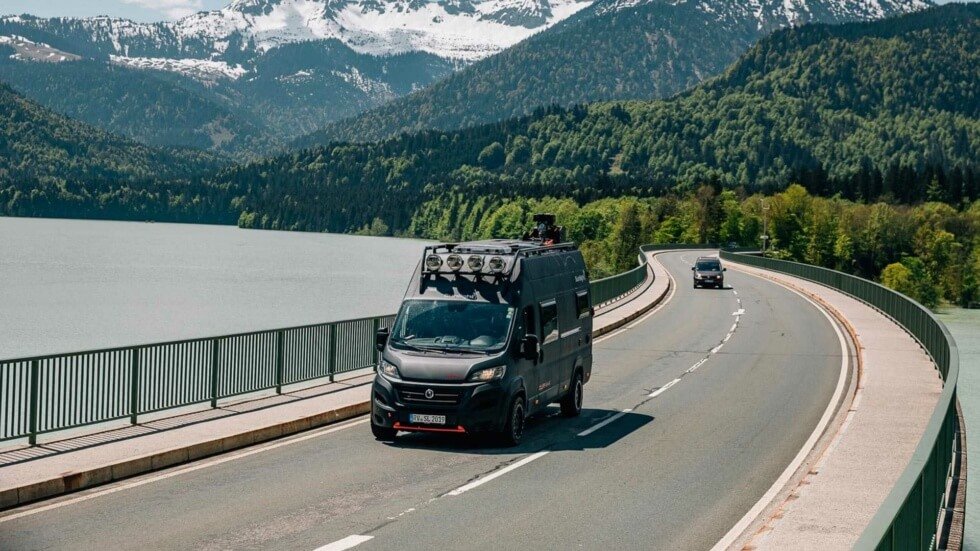 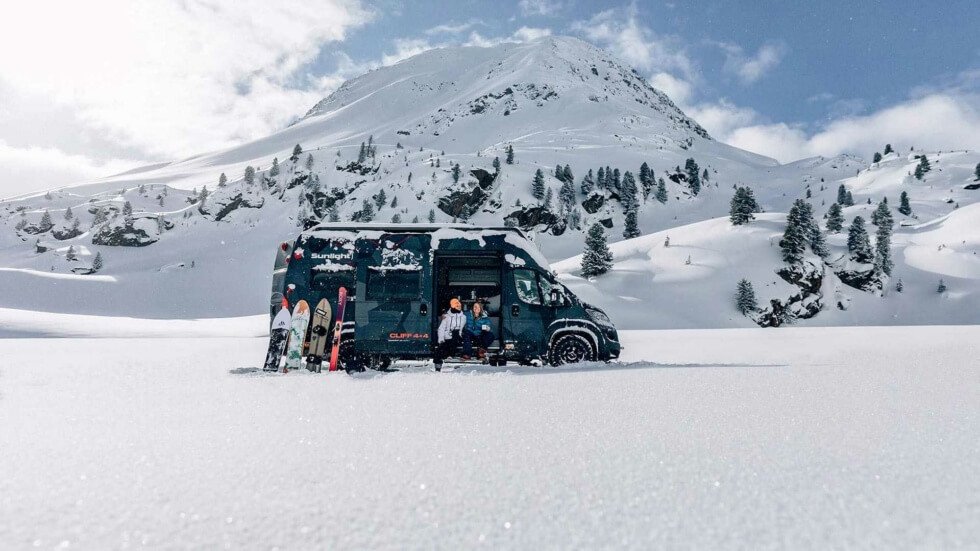 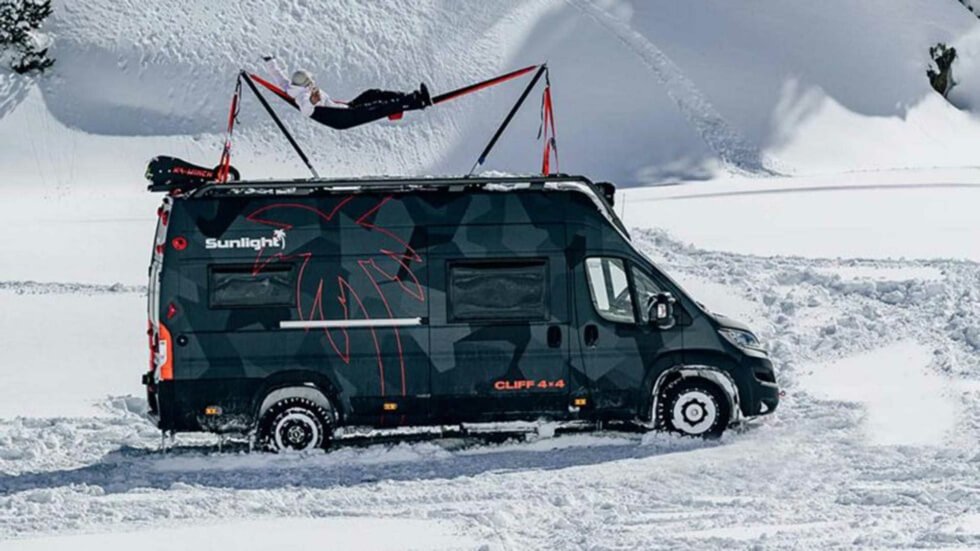 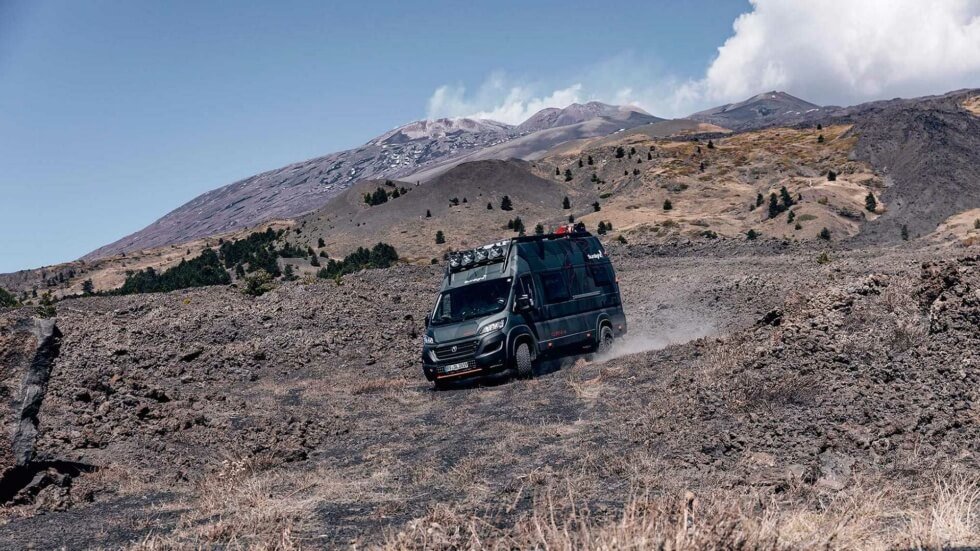 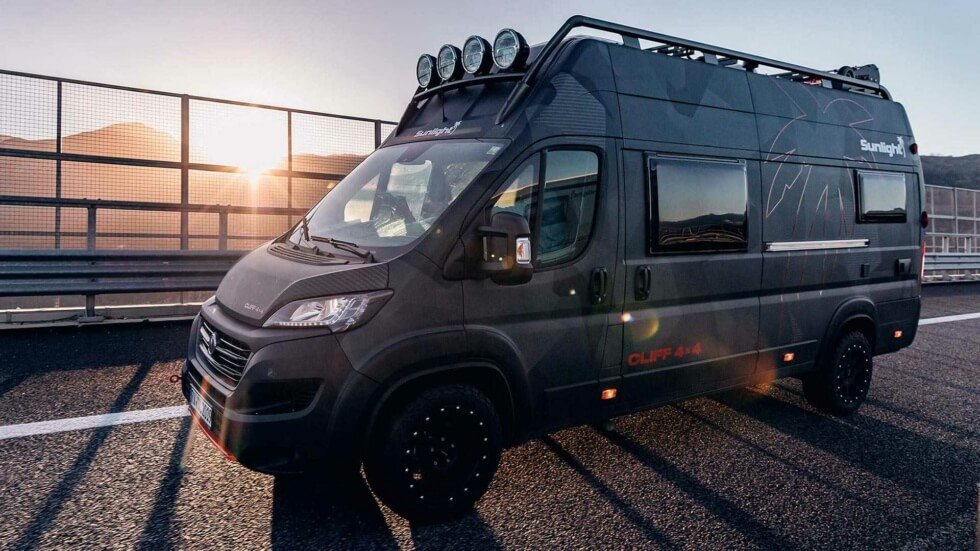