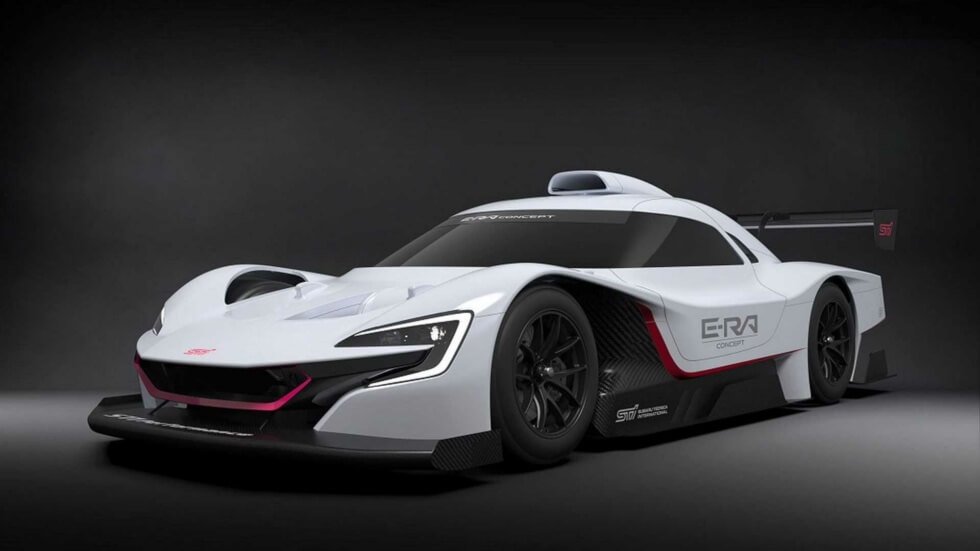 Yamaha is not a name many associates with four-wheeled motorsports, but it does dabble in the scene every now and then. Subaru, on the other hand, is one of the many legendary marques in rallying. To our surprise, the two companies are joining forces and building an electric race car. The STI E-RA was specifically engineered to tackle the Nürburgring.

Recognized by racing enthusiasts as one of the world’s deadliest tracks, it has become a proving ground for many carmakers. The two Japanese companies are pooling their resources into building an all-electric challenger. The name “STI E-RA” stands for Subaru Tecnica International Electric Record Attempt.

So where does Yamaha figure in all of this, you ask? It’s supplying Subaru with four electric motors for each wheel. Powering these is a 60 kWh lithium-ion battery pack. According to the press release, the emission-free powertrain should generate up to 1,073 horsepower. It will likewise use a four-wheel torque vectoring system.

Subaru’s new technology will supposedly monitor G-force, steering angle, and speed in real-time. Taking into account these factors during its run, the STI E-RA will be making adjustments for improving handling and control. According to the team, they believe the prototype can complete the race circuit in 6:40.

The aerodynamic outline of the STI E-RA makes it look more like an endurance platform. We’ll gladly pay good money to see it race in the 24 Hours of Le Mans, but unfortunately, it will not. Instead, it hopes to establish a new record for a sustainable race car. Let’s wait and see if Subaru And Yamaha can turn that dream into a reality.

There’s practically no downside to the 2022 Husqvarna Svartpilen 401 that we can think of unless you prefer a bigger bike.