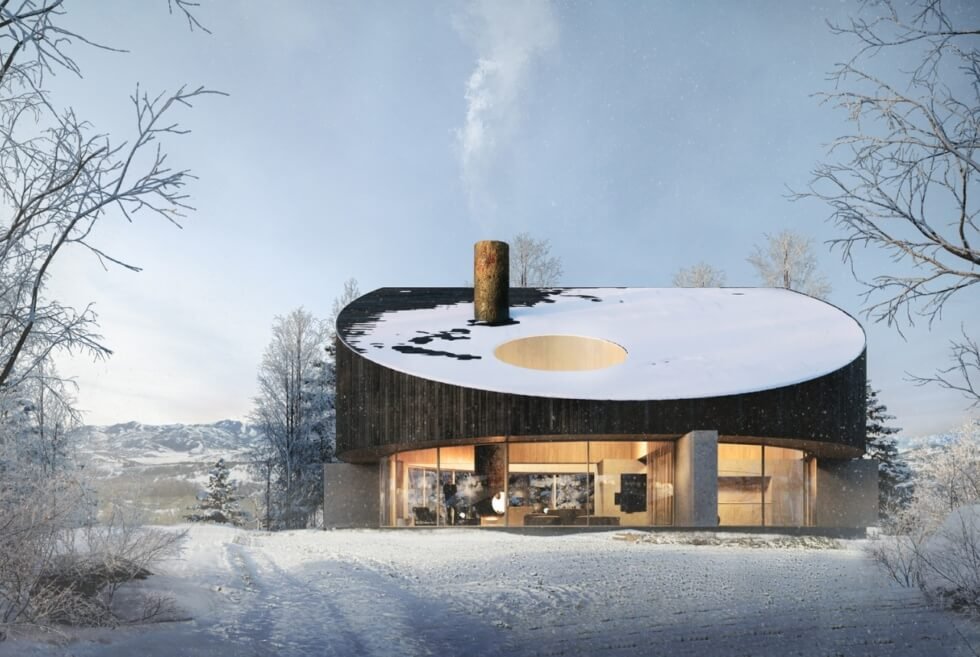 Located in the remote forests outside Park City, Utah is the 360 House, named as such because of its unique circular footprint. When viewed from the top, it appears as a massive truncated cylindrical volume with a pitched roof. On the ground, it’s a spectacular architecture enveloped by glazed walls. The operable full-height windows open the dwelling toward the exterior surrounding and allow natural light to seep in.

The design started off with a circle diagram translated into a built space by the addition of linear elements. These elements serve as structural volumes that divide the space into functional spaces. Three of these partitions slide open and closed to cater to the needs of the occupant. Meanwhile, the fourth is a fixed space for storage and services.

Studio MBM designed the 360 House and its founder Maurizio Bianchi Mattioli, described it as a solid monolithic volume with a roof that seems to float atop it.  But from the double-height interior, the roof appears as a thickened shell with two perpendicular divisions that enclose four interior voids on the upper half of the interior space.

Then a cluster of circular openings interrupts the rooftop. They form a skylight, a chimney, and a suspended terrace accessed by a spiral staircase. The house also incorporated sustainable technologies in its garden irrigation and outdoor shower using water collection and an underground cistern.

Moreover, the roof of the 360 House has photovoltaic panels and a heating and cooling system with coil fans integrated into the roof shell creating a passive recirculating system for the house. Indoors, there’s a wood-burning fireplace and cross ventilation ideal for the summer months. 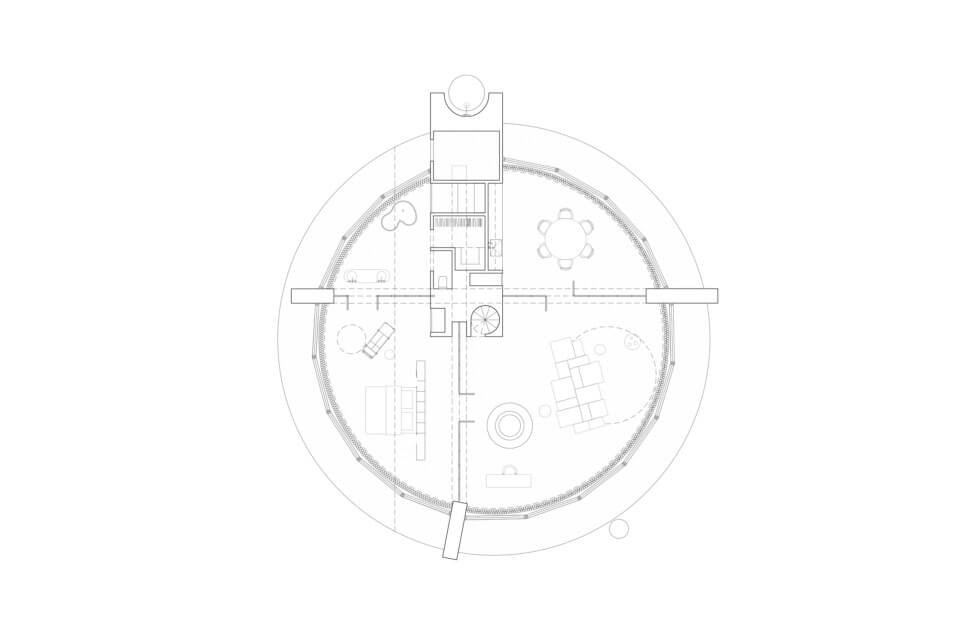 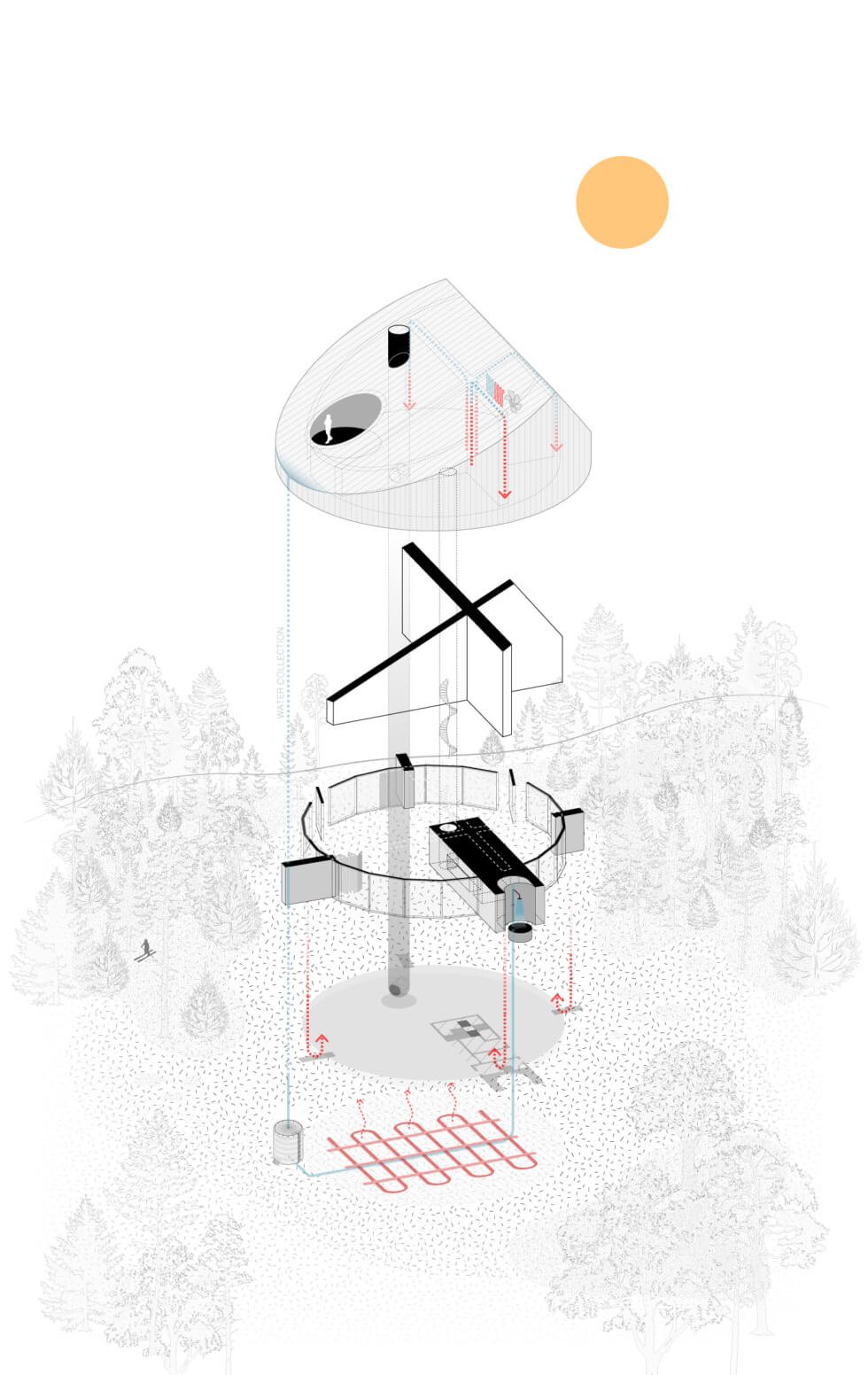 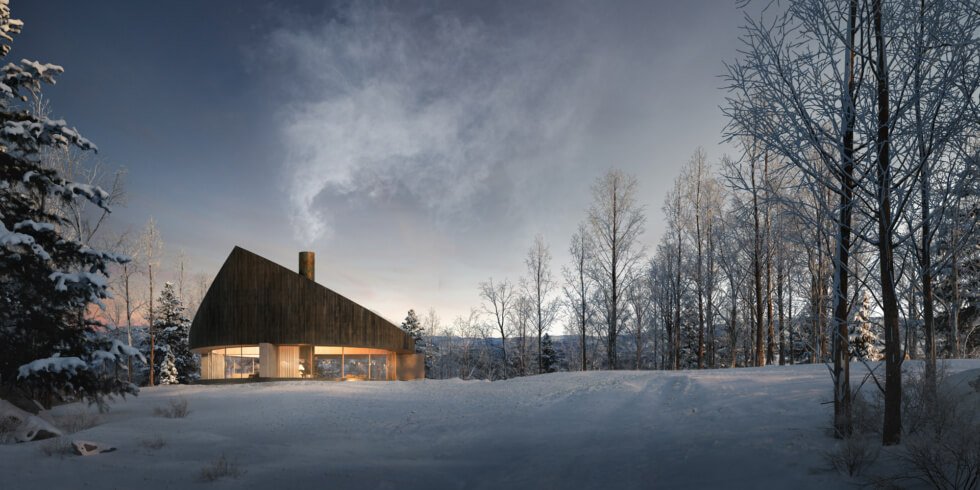 Eventually, the Polimeropolis should have hotels, resorts, and other recreational amenities to encourage tourism as well.

The "Kyrgyzstan 2122" concept imagines yurts made in concrete, with frosted glass windows and come in two levels.