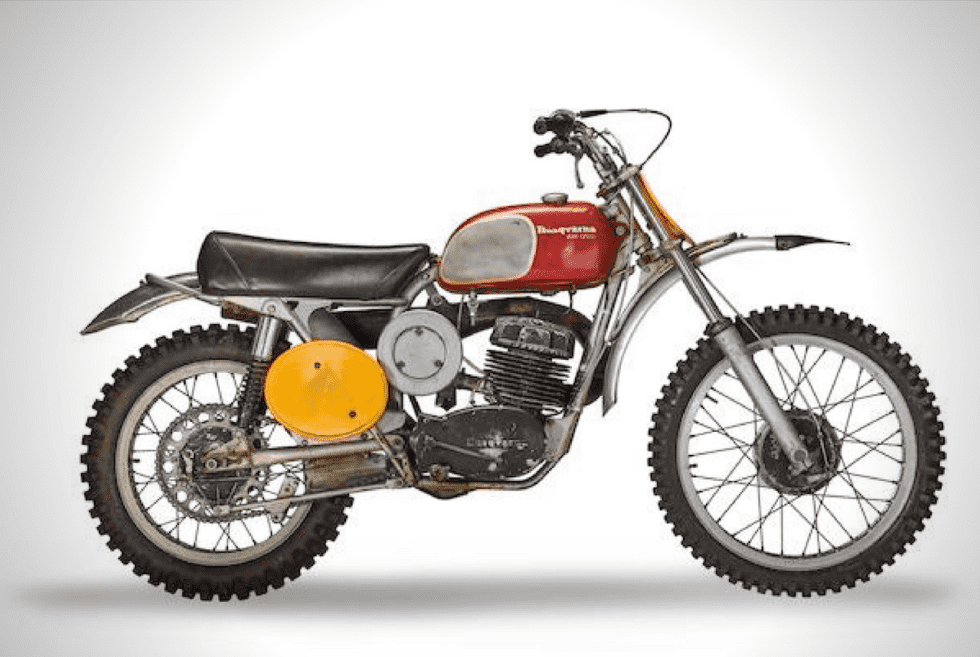 Steve McQueen. The very mention of the name makes men around the world sit up and listen and women remember somberly how they swooned when they saw him on the big screen. When it comes to collectables, the name Steve McQueen adds a lifetime of intrigue and history to even the most humble of creations.

However, the 1970 Husqvarna 400 Cross Motorcycle is anything but humble. This is the bike McQueen was sat upon on his famous Sports Illustrated cover shoot and is the same he rode in his movie On Any Sunday.

The bike drips with the coolness that seemed to come easy to its owner and was registered to his production company Solar Productions. As well as the official documentation and the bike, there was a penny found dated to 1960, which is Chad, McQueen’s son’s birth year. It was stuck between the frame and the engine.

Making this a truly special collectable piece for any huge Steve McQueen fan or any fan of movie and actor memorabilia in general.

The motorcycle will be featured at the Collectors’ Motorcycles At The Barber Vintage Festival and is being auctioned off by Bonhams on the 6th of October. Bidding is not officially open, but you can check out the preview before the event.