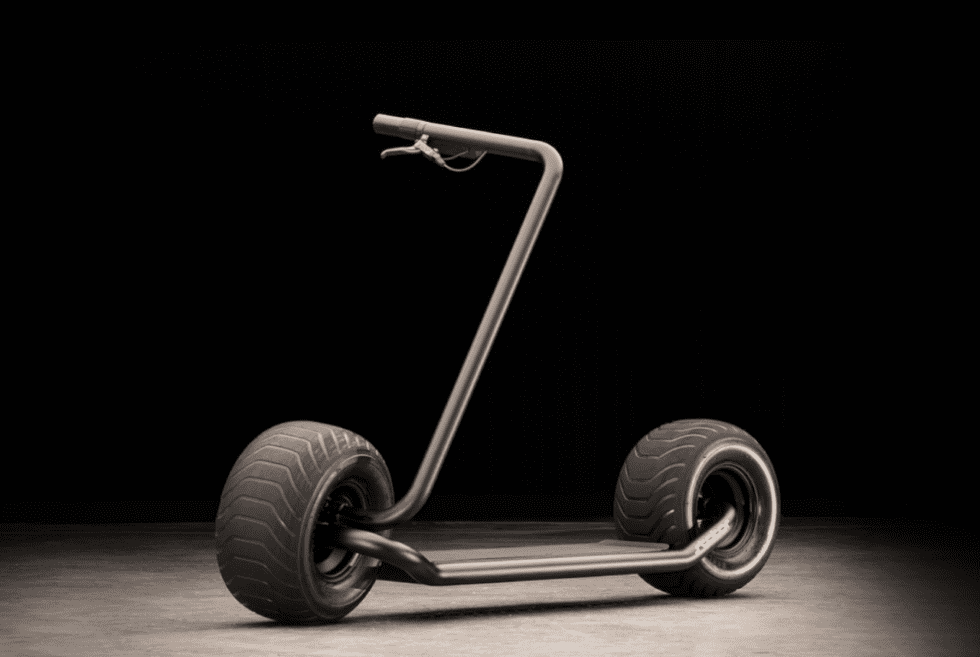 The fact of a commuter’s life is that traffic sucks. There’s no sugarcoating it — traffic is just simply hell on Earth, and every time you’re stuck in one, you’re just contemplating of ways to get around it.

One such way is the Stator Electric Scooter, if you’re willing to give scooters a shot. This is no simple electric scooter, though. It’s got a design that MOMA or the Met Museum would completely go nuts for. Just look at that seemingly single strand of metal that act as the handle, slopes down, turns a corner at the wheel, flanks the deck, then turns a corner again and enters the rear wheel. It’s such a magnificent idea that we’re not really sure why other designers didn’t come up with it earlier. It is truly a game-changing look.

But don’t think that the sleek and sophisticated design makes for a complicated scooter. On the contrary, this is one of the easiest rides to operate while being simple, fun, and stylish at the same time. Just hop on and get going — this thing gets to 25 mph and dons a twist-operated throttle to let you navigate. It can last up to 20 miles on a single charge and takes just four hours to reach full capacity. It’s also equipped with regenerative braking and a self-balancing system for added safety and security.

The scooter can carry up to 250 pounds of payload, meaning it can pretty much handle kids and adults alike, even if you’re a bit on the heavier side. It’s a simple, eco-friendly scooter that doesn’t compromise flair for performance. You’ll be out of traffic in no time at all.