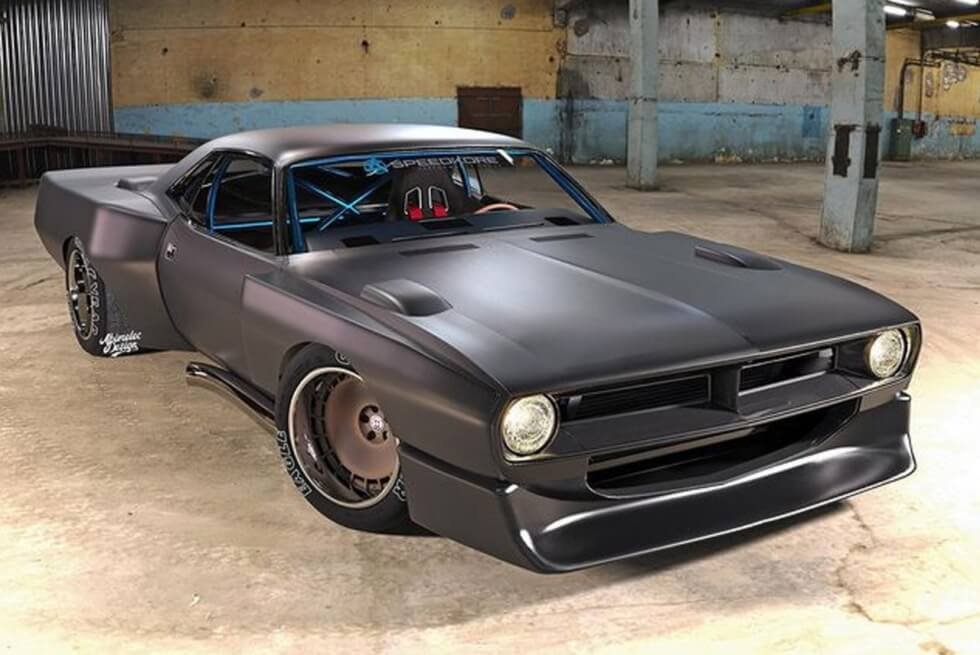 When you are after some of the most insane builds that mostly deal with pure American muscle, Speedkore has it all. We’ve seen them work their magic mostly on varying types of Dodge Chargers before. Yet, this next ride is different in many ways. We have a concept render of murdered-out Plymouth Barracuda with the help of Abimelic Designs.

Make no mistake, the aftermarket outfit does a bang-up job with its own bespoke takes, but third-party insight can lead to awesome collaborations like this. The outfit operating out of Grafton, Wisconsin is calling on Abimelec Arellano’s creative chops to envision a souped-up racer with the aforementioned two-door pony car as the donor.

Normally, the guys over at the garage unveil real-life models with working examples on hand. This build, however, is purely digital despite how it looks in the images. This Speedkore x Abimelic Designs project is the third under their “What If” collection. If it produces jaw-dropping machines like this, we don’t ever want it to end.

It strikes a menacing slammed stance from all the custom add-ons. Under the hood would be a 6.2-liter HEMI V8 good for 808 horsepower. Speedkore sources it from a Dodge Challenger SRT Demon. Side-exit exhaust pipes remind you of classic hot rods. Inside, there’s a single seat with a multi-point harness and a complete roll cage in metallic blue. 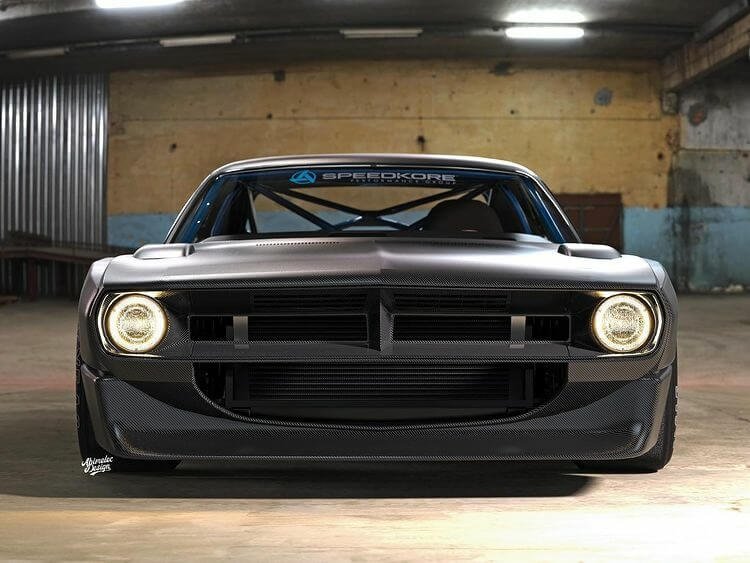 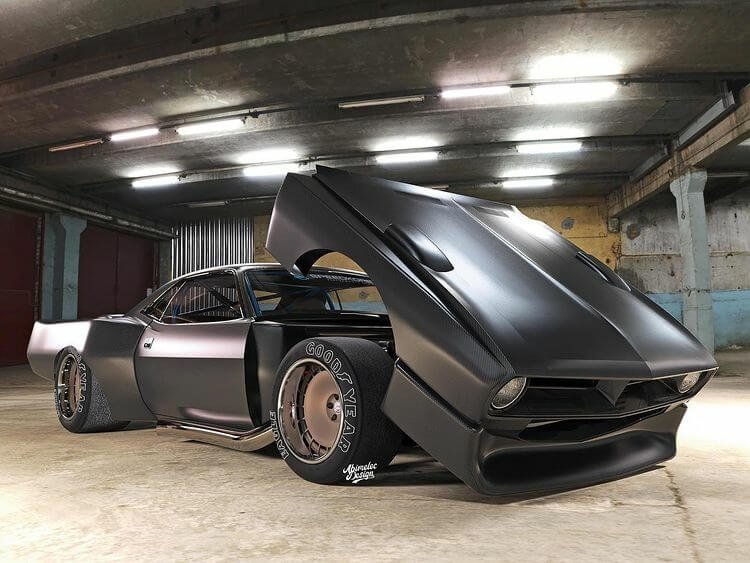 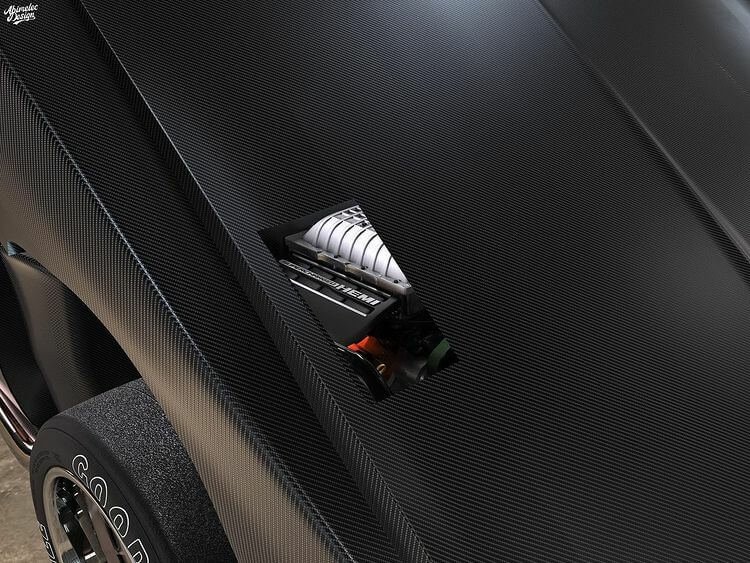 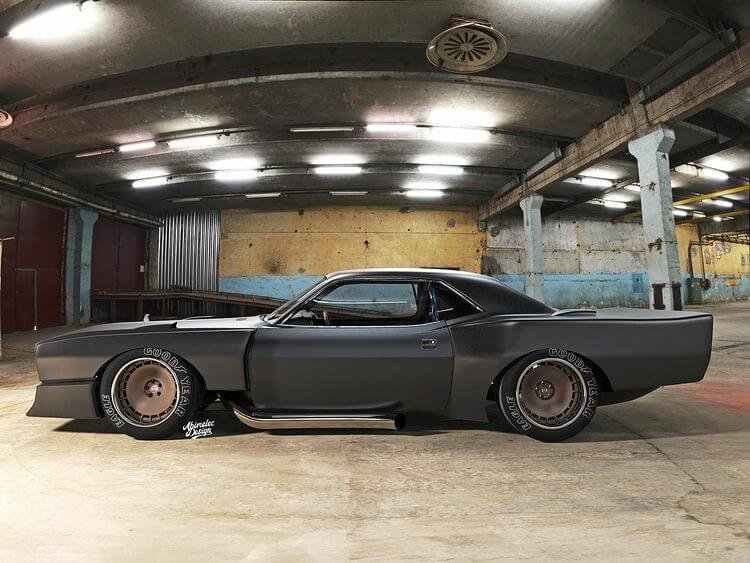 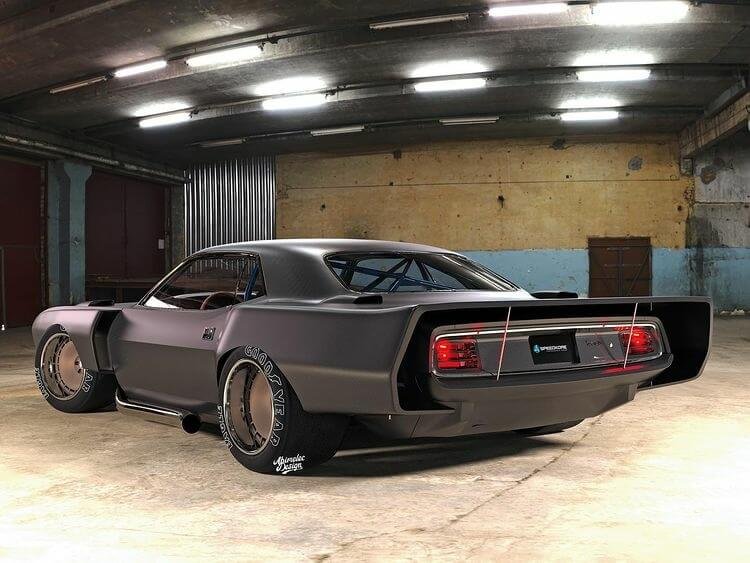 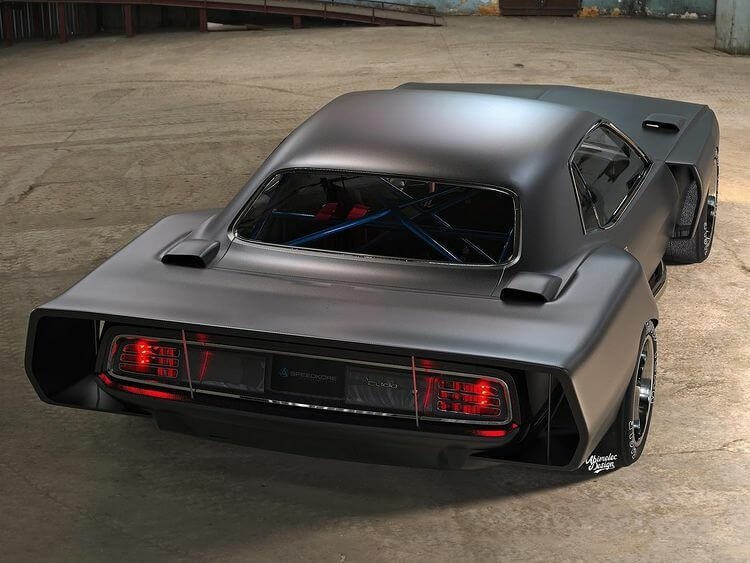 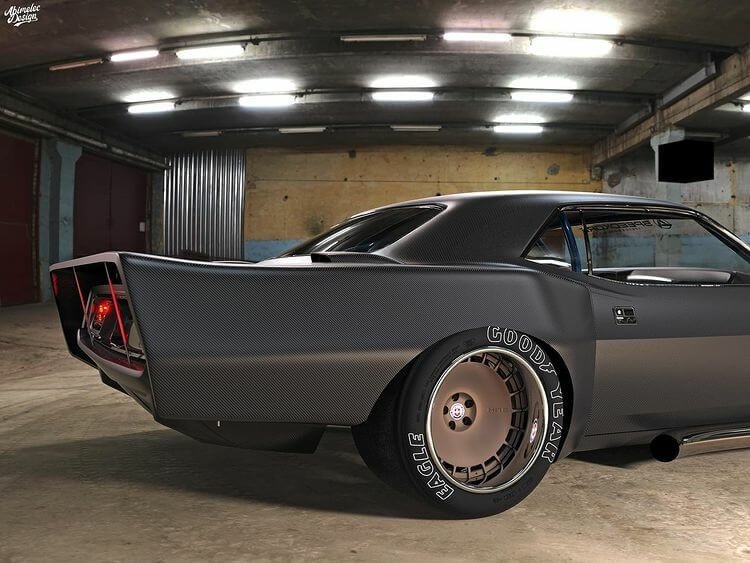 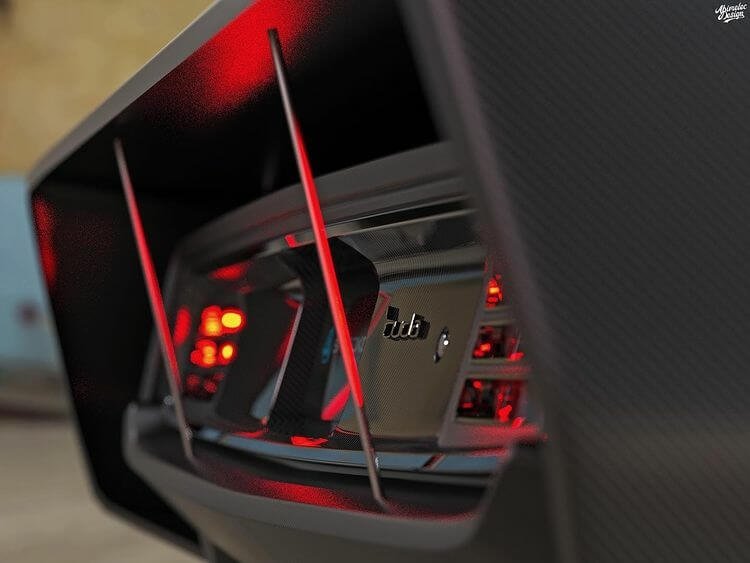 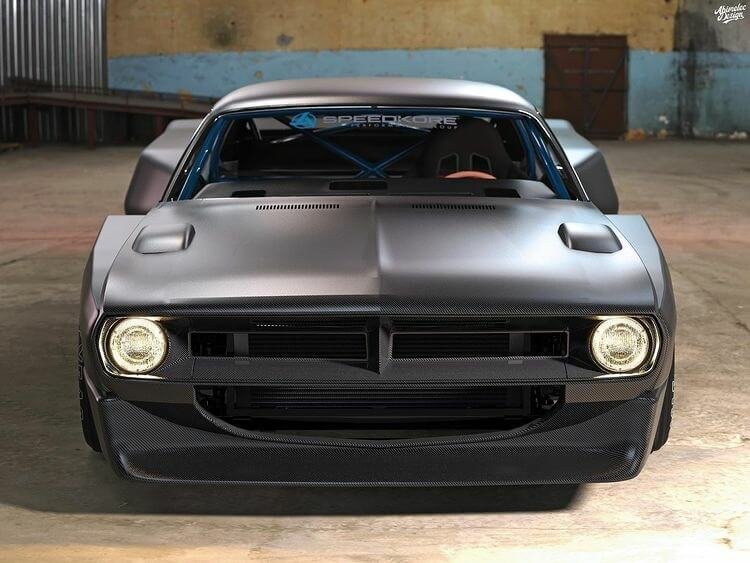