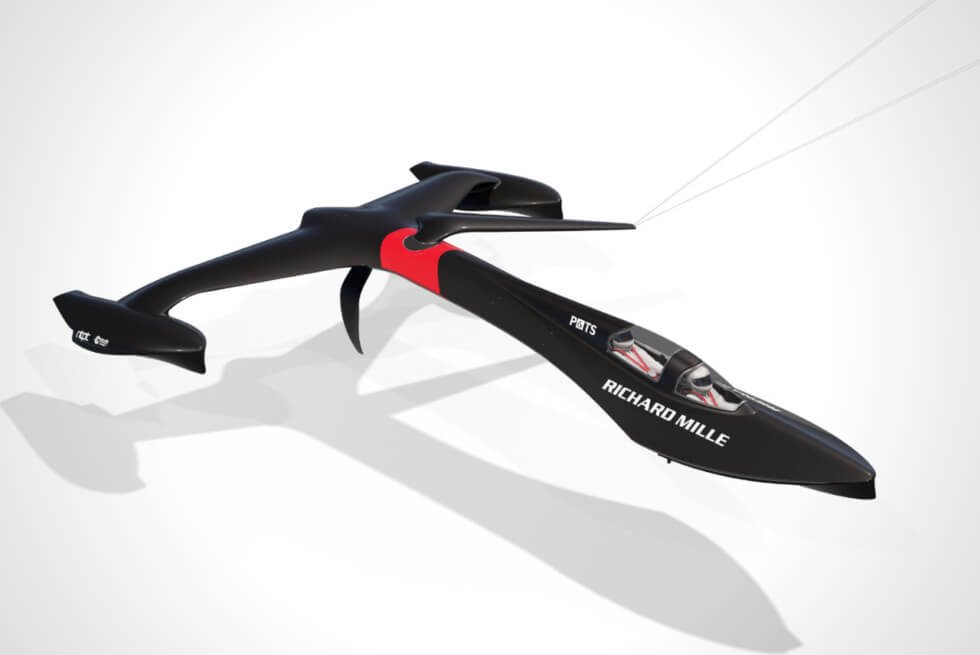 When Richard Mille is not busy crafting some of the most sophisticated and expensive timepieces, it’s exploring other innovative projects. One of its latest endeavors is breaking the world’s best sailing speed record. The SP80 is a concept trimaran that uses a kite instead of a traditional sail to cruise like a rocket across the sea.

As it stands right now the current sailing speed record is 68.33 knots (79 mph). What the Swiss Team intends to reach with the SP80 is 80 knots (92 mph) when it makes the attempt in the summer of 2023. Unlike your typical sailboat, this vessel has a silhouette akin to that of a high-tech fighter jet.

Its sleek outline makes it both hydrodynamic and aerodynamic. The group behind this Richard Mille-sponsored venture are composed of EPFL engineers and students. Collectively, more than 40,000 hours have been spent to come up with the final design.

The SP80 flaunts a coat of black with a red band that wraps around the section that holds the power module. Richard Mille branding in white is visible close to the Kevlar-reinforced cockpit which can seat up to two. Its construction uses premium composite materials to keep the weight down.

Hulls on each end of the wings provide stability which is crucial when the ship reaches high cruising speeds. Meanwhile, the kite pairs with the main hydrofoil and functions as the main source of propulsion.

Depending on wind conditions the SP80 team can adjust the surface area from 215.3 to 538.2 square feet. Richard Mille is not the only one with plans to break the world’s sailing speed record. Other competitors are likewise preparing for their own attempts in the near future. 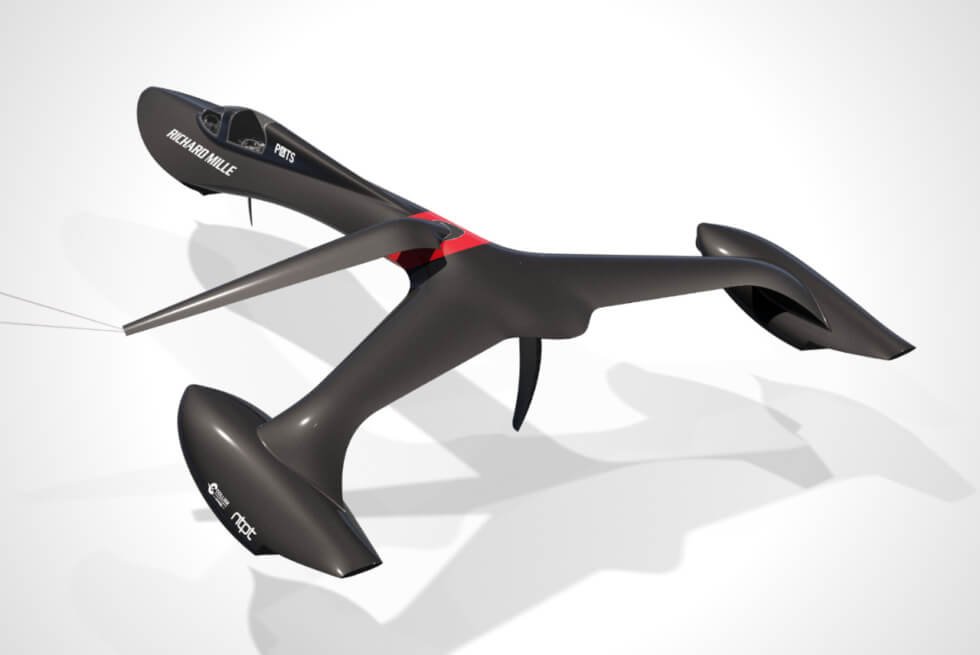 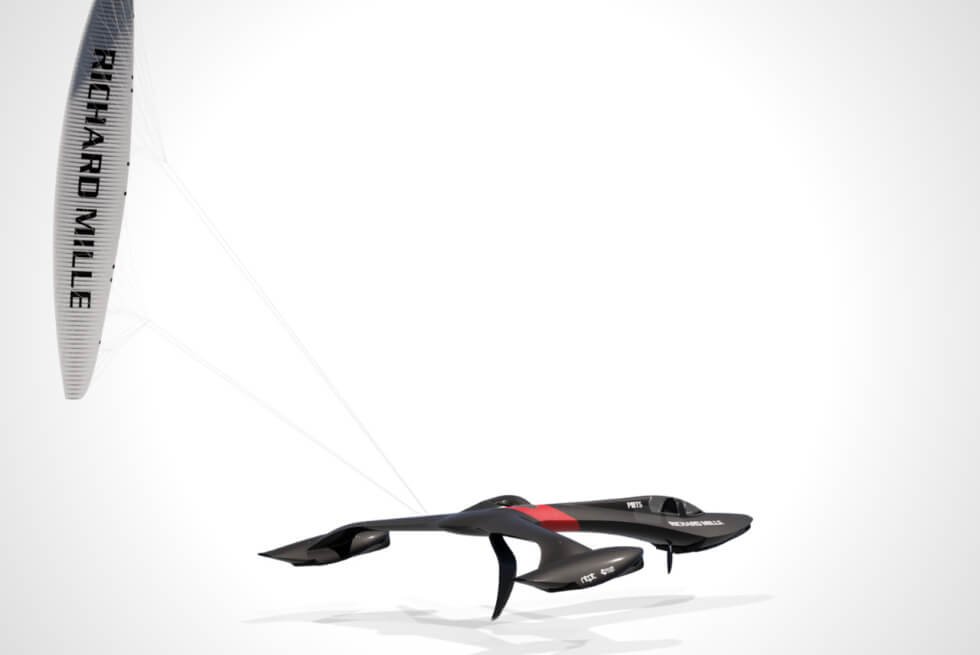