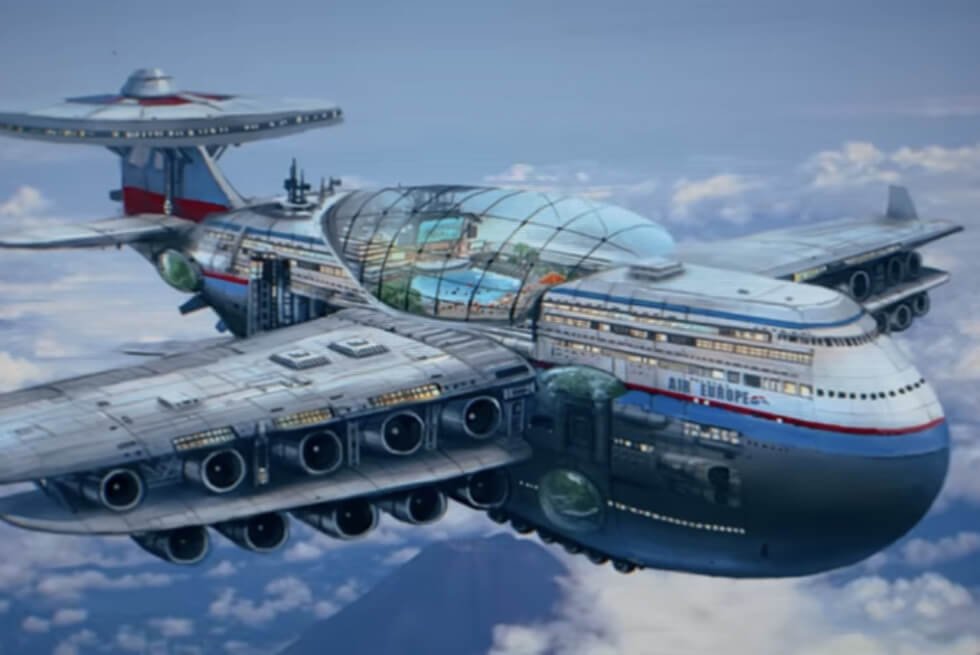 With so many startups vying to be the first commercial space tourism provider, Hashem Al Ghaili is proposing something else entirely. Instead of aiming for the stars, his Sky Cruise concept imagines a massive flying hotel that would easily dwarf the world’s largest aircraft. We know this sounds like a whimsical endeavor, but the idea is interesting.

The ubiquity of orbital and suborbital travel is certainly a thrilling thought. However, there are still a lot of factors to consider when passengers are involved. Unlike cargo and equipment, people need extensive training to prepare for the launch as well as the zero gravity of outer space.

Regular flights, on the other hand, are something we can easily handle. Instead of typical air travel timeframes which can last anywhere from minutes to hours, the Sky Cruise will last months. Conventional propulsion systems that use jet fuel are definitely out of the question here.

Instead, Ghaili notes that it will use nuclear fusion to power its 20 engines and everything else inside the gigantic fuselage. We admit that this sounds a bit sketchy given radioactive material is on board, but a flying cruise ship still sounds exciting.

According to the designer, it will have enough rooms to accommodate up to 5,000 passengers. There is no word on how many crew members will serve guests. An AI system will pilot the Sky Cruise, but a licensed human operator should be able to take over anytime.

The interior spaces will feature restaurants, a shopping mall, swimming pools, cinemas, and other amenities for leisure. Couples can also book the Sky Cruise to host their weddings above the clouds. Nevertheless, a nuclear reaction on a plane still seems like a bad idea though.