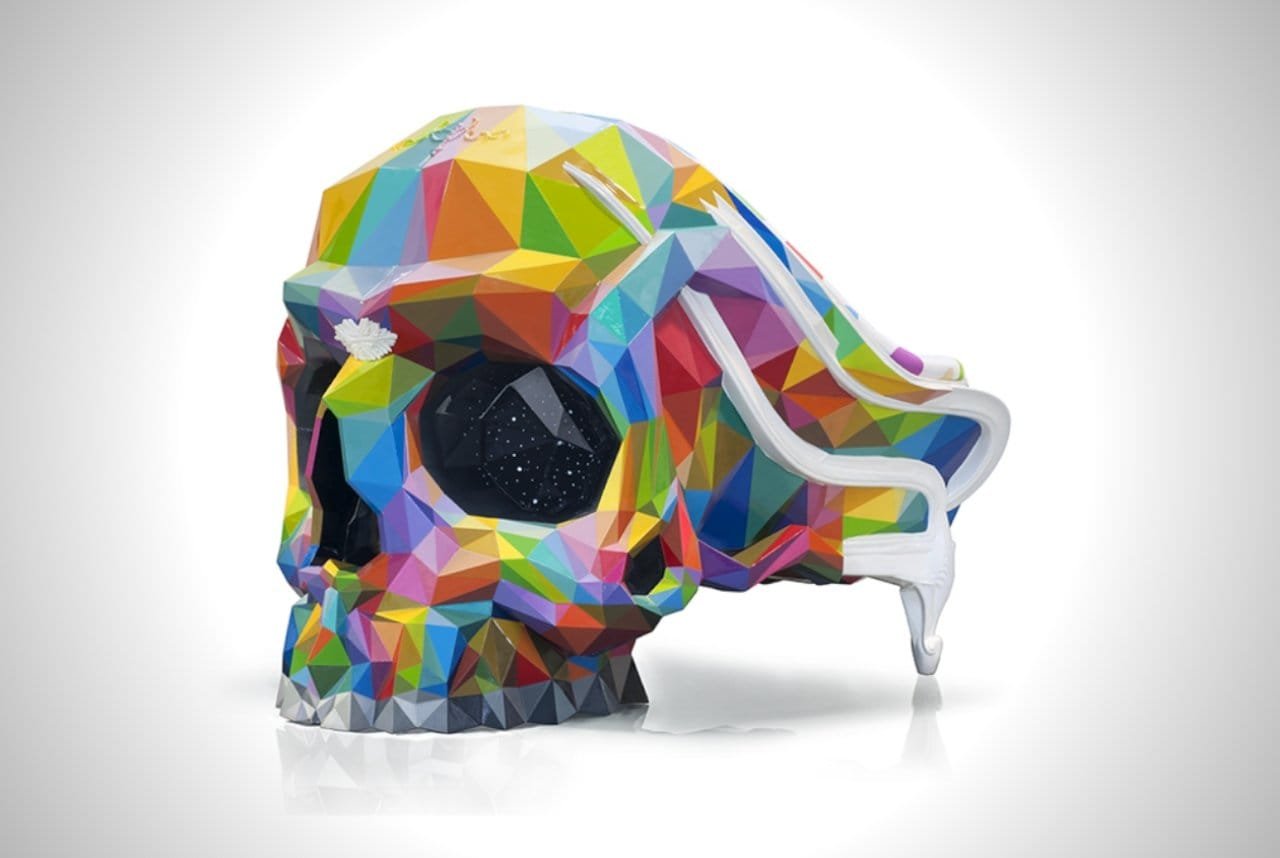 We love collaborations here at Men’s Gear, and we’re sure you’ll love this one, too: Spanish street artist Okuda San Miguel has partnered with French design studio HAROW to create a stunning new armchair in the shape of a skull. Not just any skull, but a multi-colored one made up of intricate geometric patterns.

The skull’s cavities are in black and nearly galactic in theme, accentuating the vivid hues of the rest of the chair. This simple design element is what turns it into a true masterpiece rather than a haphazard color experiment.

It’s quite astonishing that despite the chair being a skull, it doesn’t feel macabre at all. San Miguel cleverly prevented the skull chair from looking like a prop in a Guillermo del Toro film. He injected it with enough flamboyance to make it seem it’s straight out of a candy-flavored Wes Anderson flick. To be fair, though, all of Anderson’s films are candy-flavored. But suffice it to say that this chair would fit right in.

San Miguel actually used spray paint and gloss finish to make this skull chair. Doing so was a gracious nod to his origins in the street art scene. The chair itself, meanwhile, is built from reinforced fiberglass. That gave San Miguel enough flexibility with regard to whatever visual art he wanted to create. In effect, while the chair skirts the line of being a bit cartoonish, the skull’s dark hues give it a bit of an edge, preventing it from being a total caricature. San Miguel exerted exemplary balance here, and he deserves merit for making such inspired work.