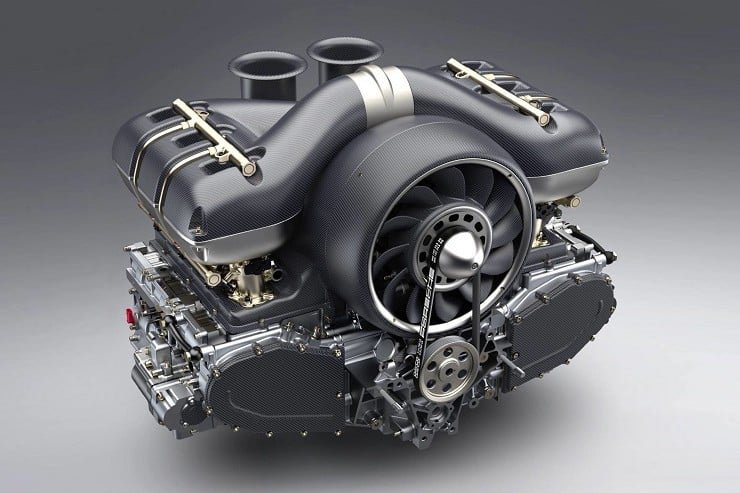 Singer Vehicle Design out of California are known for the luxurious treatment of the Porsche 911’s the company restores. One of the elements of such a build is the engine, and to produce a new one worthy of the Porsche 911, they collaborated with Williams Advanced Engineering to develop a modified air-cooled 4.0 liter naturally aspirated Flat-Six 500 Horsepower Engine.

Singer and Williams sought the technical advice of Hans Mezger, one of the top Porsche engineers and the designer of the original 3.6 liter flat six. The new powertrain has four-valve cylinder heads, dual oil circuits, carbon fiber intake trumpets, aluminum throttle bodies, plus a carbon fiber air box, and it has been tested to rev in excess of 9,000 rpm.

The first appearance of this Singer and Williams Porsche flat-six engine will be in a restored 1990 Porsche 911 due for completion this September, with the super-powered engine being made available for use in future custom builds.