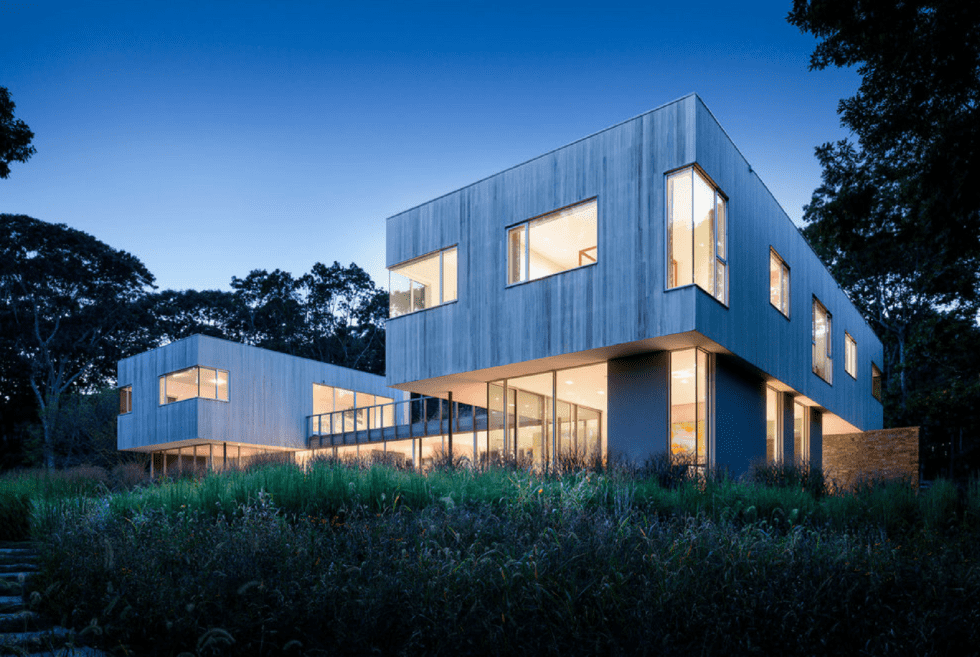 The architects and designers from Leroy Street Studios have created another structural masterpiece—the Shelter Island Hill House. One of the characteristics that the firm had to take into consideration was how to match the dwelling with its surroundings. Given that the build site is set close to protected wetlands within a nature preserve. Giving them a chance at ultimately creating a design matching the serene environment.

What we see is an imaginative approach wherein the upper half of the building looks like its floating. This effect is possible via the liberal use of glass panels on the lower living space. The decision subsequently allows natural light to filter through. The overall frame of the house uses wood instead of steel, and its top exterior is mostly clad in cedar.

We love its distinctive arrangement wherein there are two separate spaces above connected by an open roof deck. One end houses the master bedroom, while the other side belongs to the kids. You can also make out that almost every corner and some sections of the upper areas are bedecked with large windows—possibly to minimize the need for artificial lighting during the daytime. Photos were taken of the Shelter Island Hill House amid its landscape that showcases the subdued but lavish home as it blends in flawlessly. 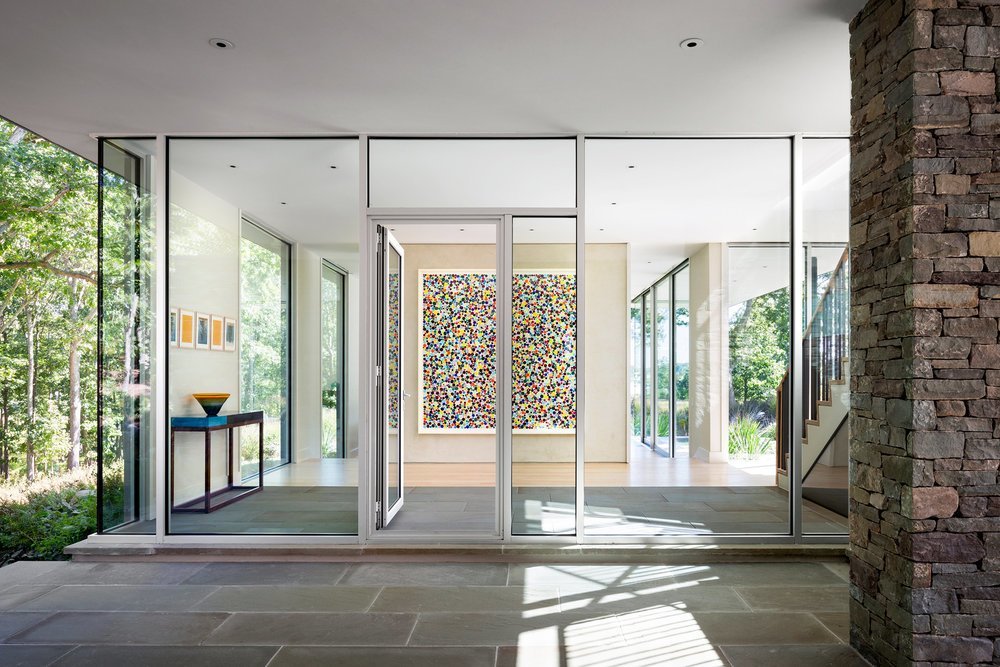 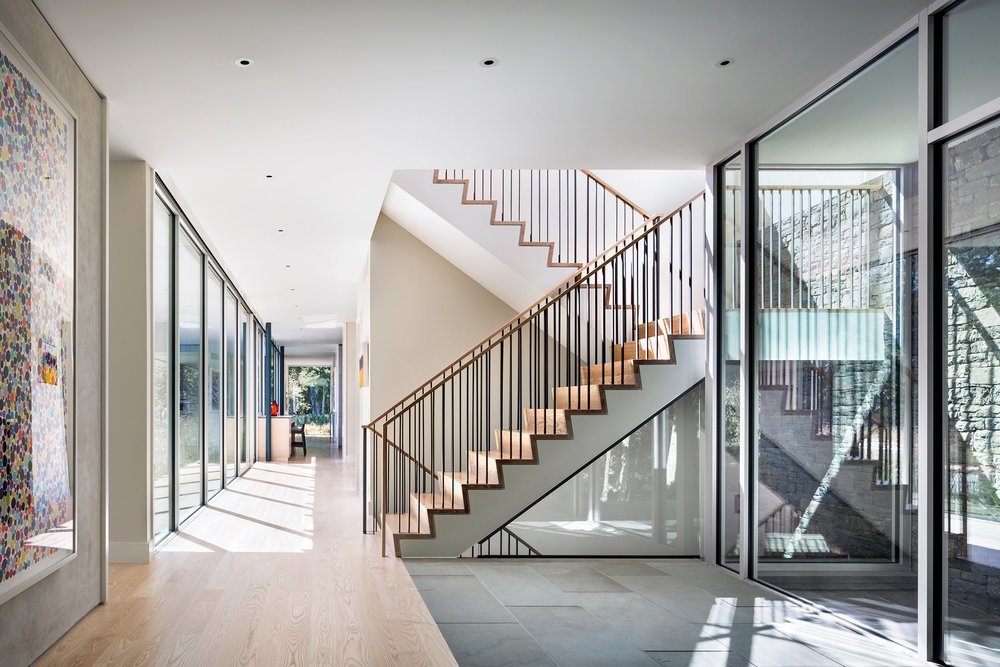 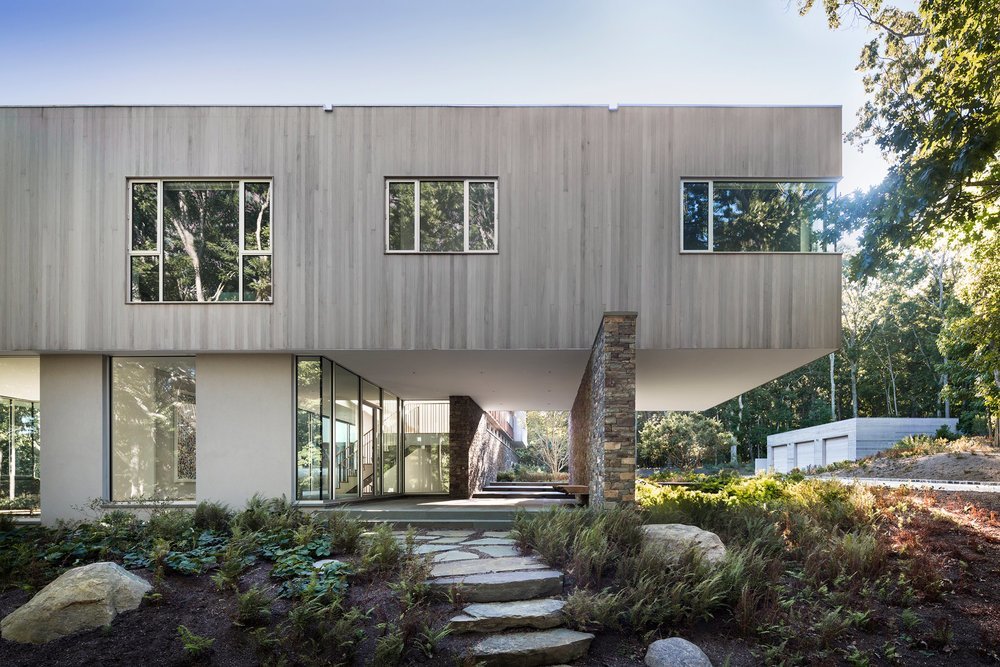 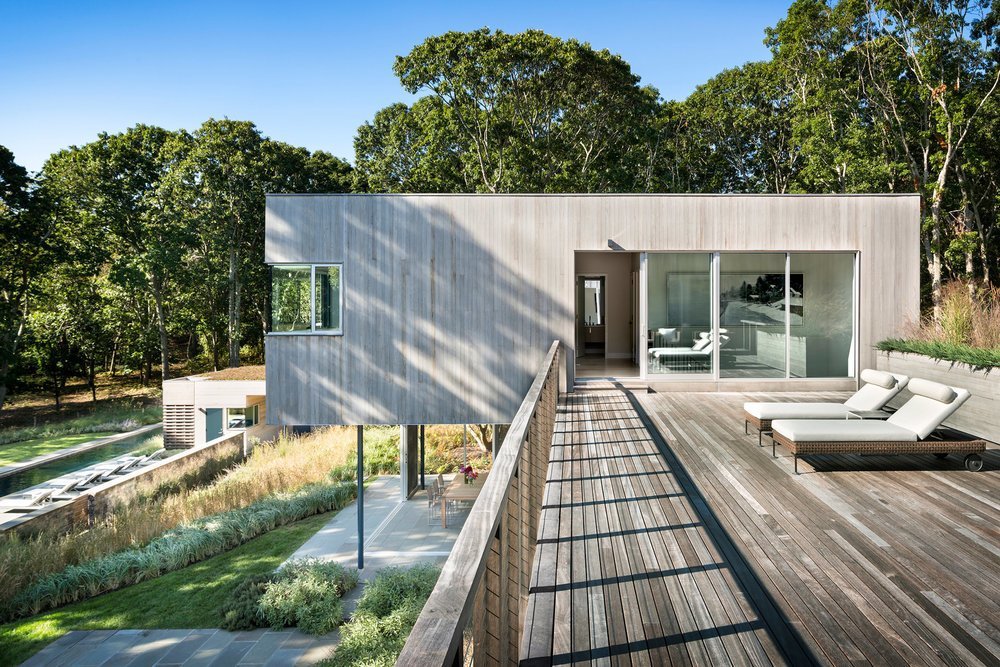 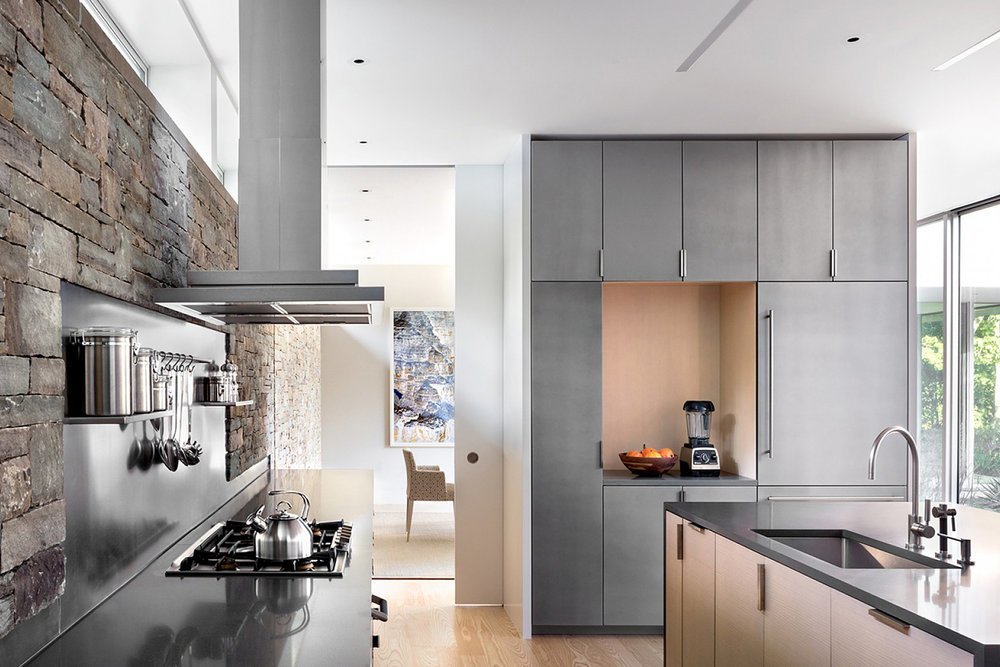 The "Kyrgyzstan 2122" concept imagines yurts made in concrete, with frosted glass windows and come in two levels.

The open floor plan of the Luna cabin from New Frontier Design makes it feel cozy as natural pours in from the skylight and windows.