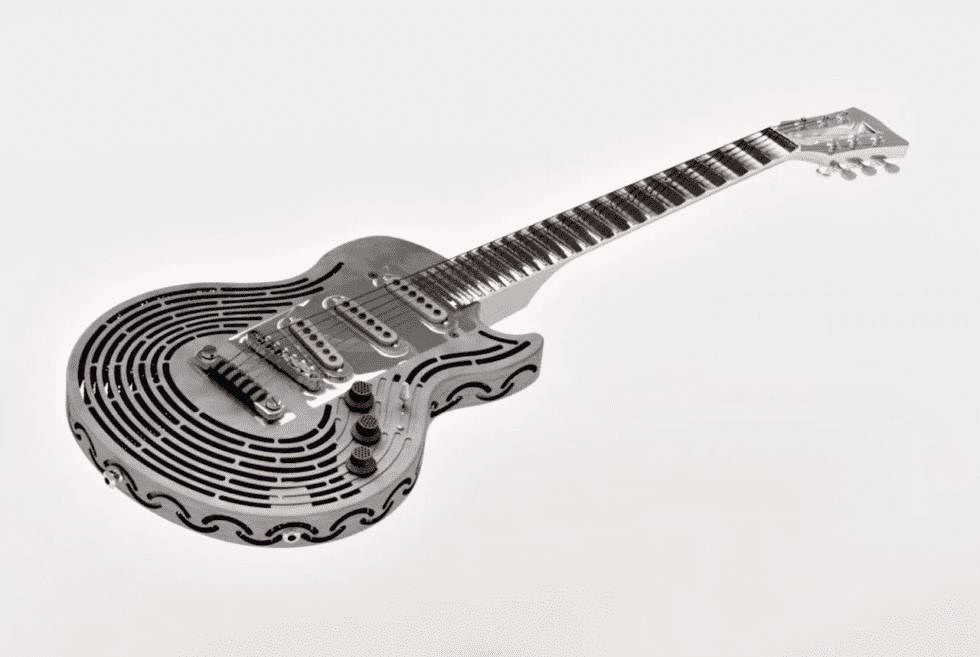 If you’ve been to old-school rock and roll performances, there are a few memorable moves that are notably awesome. We’re talking about stage dives, mosh pits, a few fans invited up on stage, and more. In fact, attendees often expect any or all of these to happen during each show, which most bands glad to oblige. Meanwhile, on the of the most iconic moves is the guitar smash, which as the name implies ends badly for the instrument. However, one company is out to change that with an electric guitar that will smash other objects instead. The Sandvik smash-proof guitar is one durable music apparatus that can double as an instrument of destruction.

According to the manufacturer, it is the world’s first electric guitar that can withstand extreme abuse. The engineers behind its creation reveal that conventional models have a critical weakness. Their research shows that the joint where the neck meets the body is the point that normally breaks. Hence, the solution is to machine the neck and fretboard from recycled stainless steel. Understanding that a solid block would be too heavy, the team is integrating an impressive lattice framework to keep weight to a minimum.

Next up is the equally impressive body, which uses 3D printing technology to build layer upon layer. The Sandvik smash-proof guitar flaunts a beautiful titanium frame that’s a visual treat to look at. Finally, to test how it stands up to rock star abuse, Swedish guitar master Yngwie Malmsteen steps up to the plate. The verdict, the instrument can definitely survive anything that you throw at it or throw it at.

The Technics SL-1000RE-S uses a heavyweight-class aluminum/brass platter which sits on a deadening rubber for stable playback.

Pro-Ject Audio Systems' Automat A1 Turntable is a plug-and-play vinyl player with a built-in phono preamplifier and easily switches between 33 and 45 RPM at a push of a button.