Samsung has just released two limited edition models of their highly popular POWERbot robot vacuum cleaner, the VR7000, that should feel right at home on anyone’s Death Star or Star Destroyer. Hugging the ground like a Mouse droid, these bots are less than 4″ tall and have been crafted into the images of Darth Vader’s helmet and that of one of his Clone Stormtroopers.

Both vacuums feature a 10 Watt suction power motor with patented CycloneForce technology for close-up wall and corner cleaning. They can also remember the contours and various surface details through multiple rooms. A remote is also included, while the WiFi connection allows for access to the programming function and mapping technology, and you can also link these bad boys to Amazon Echo to unlock voice-activated command functions.

Each of the versions features special character-specific sound effects as it works. As expected, the Darth Vader model emulates his raspy breathing as it chugs about your floors. 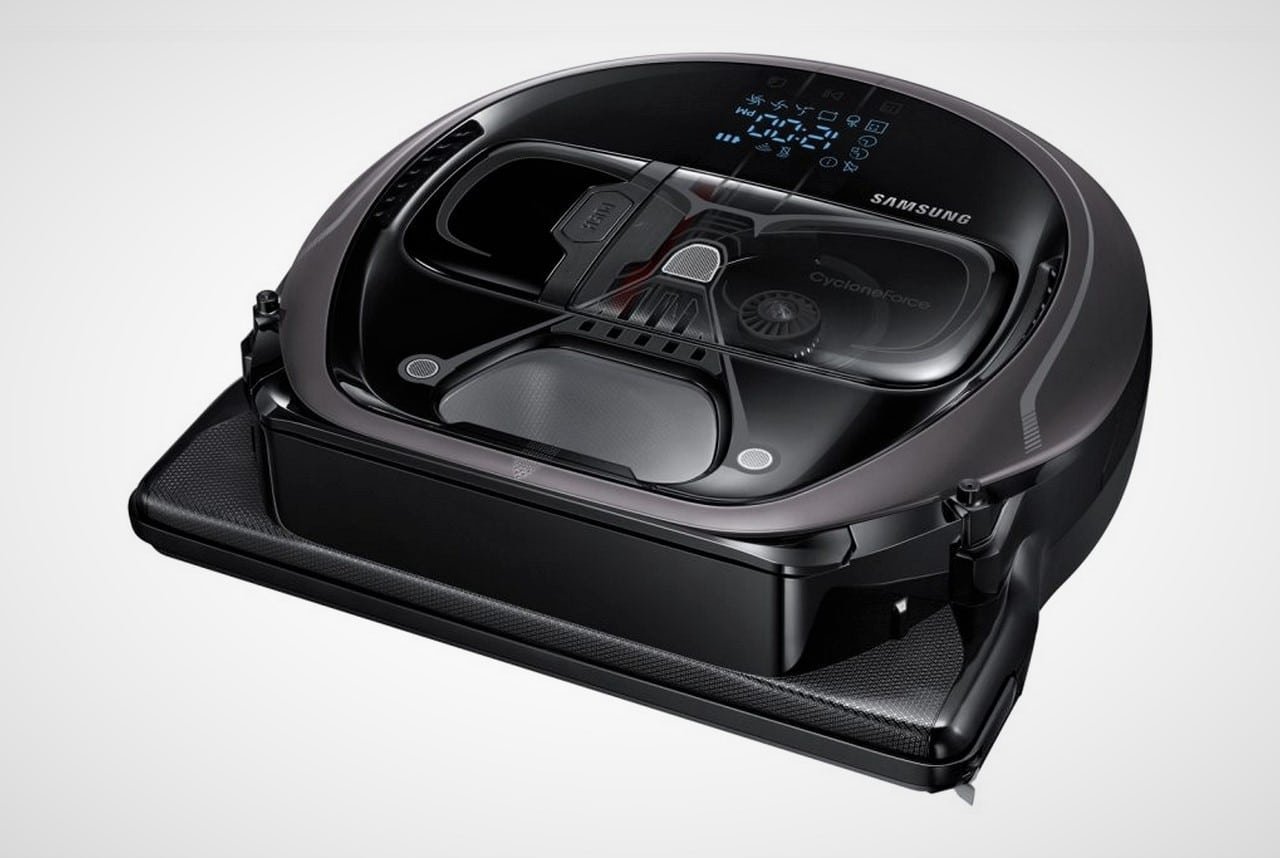 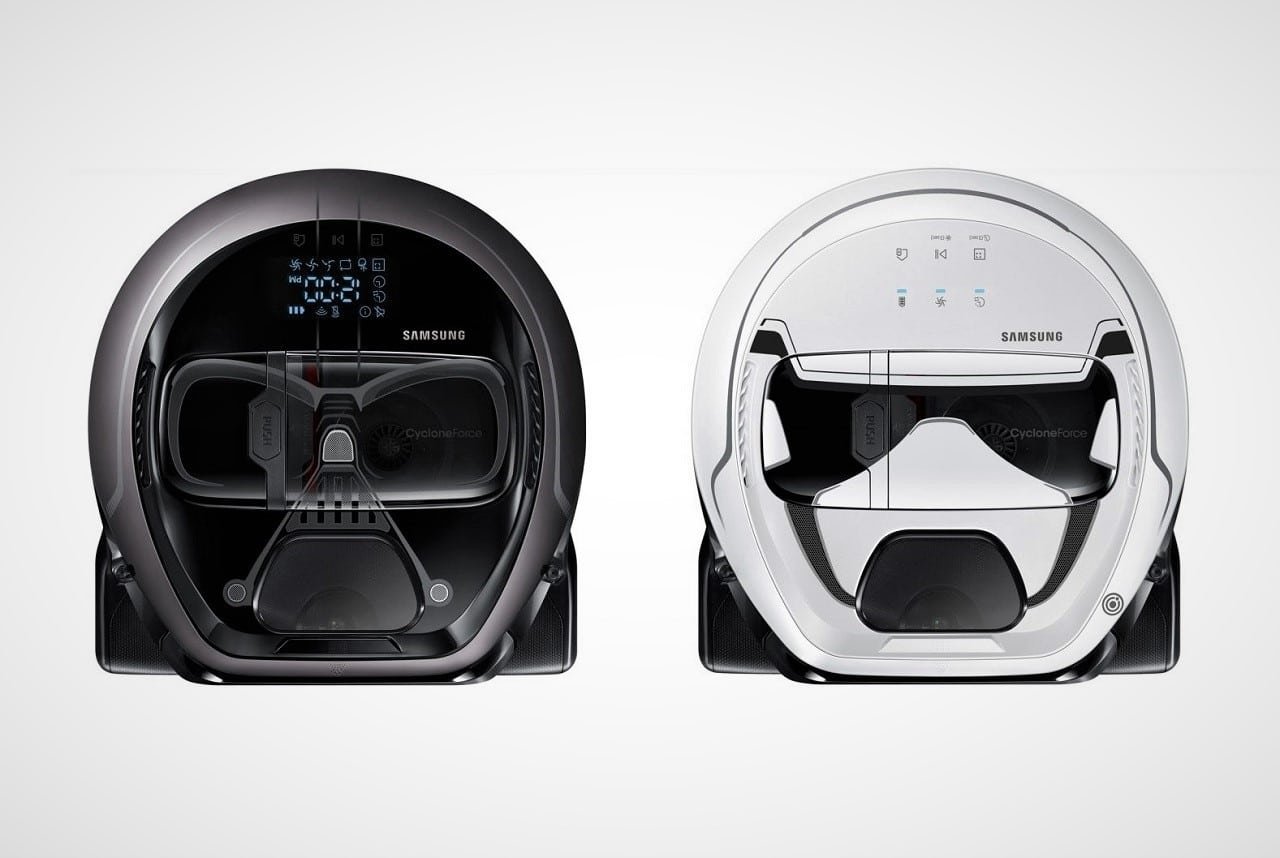