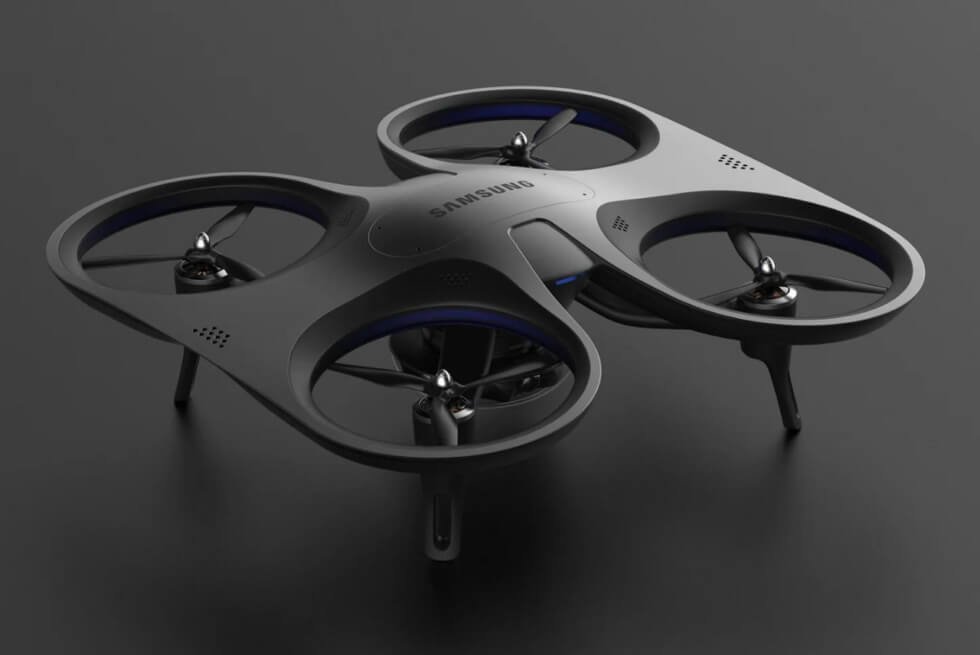 Consumer electronics companies need to constantly innovate to stay above the competition. Samsung is a brand that has its hands on almost anything you can think of. In fact, you might be reading this on a Samsung device right now. Anyway, we have yet to see them release a drone, but there is a concept called the DNDN.

This idea comes from two South Korean designers Seongjin Kim and Minkyo Im. Also called the Public Safety Drone, this is not your average quadcopter. Instead of recreational or professional use, this is billed as a surveillance platform for public use. Think of it more like a crime deterrent system for citizens.

The DNDN looks like a sleek quadcopter with propeller guards that form part of its main body. Each section features LED emergency light. The underside holds a 360-degree camera that captures footage from any angle. To put it simply this drone functions like a flying CCTV that can follow people who call for its service.

“The project aimed at making the city safe and comfortable for women even during the night,” notes the duo about the DNDN. “The drones comfort the users by detecting danger using 360-degree cameras while following them and offering appropriate actions to get out of the situation.”

The imaging system features an array of wide-angle cameras mounted to a gimbal system. This keeps the video feed steady even when it gets windy. Those who feel unsafe can summon the Samsung DNDN via an app. Once it arrives, they can use it to survey the area for any signs of danger. It can also follow the subject.