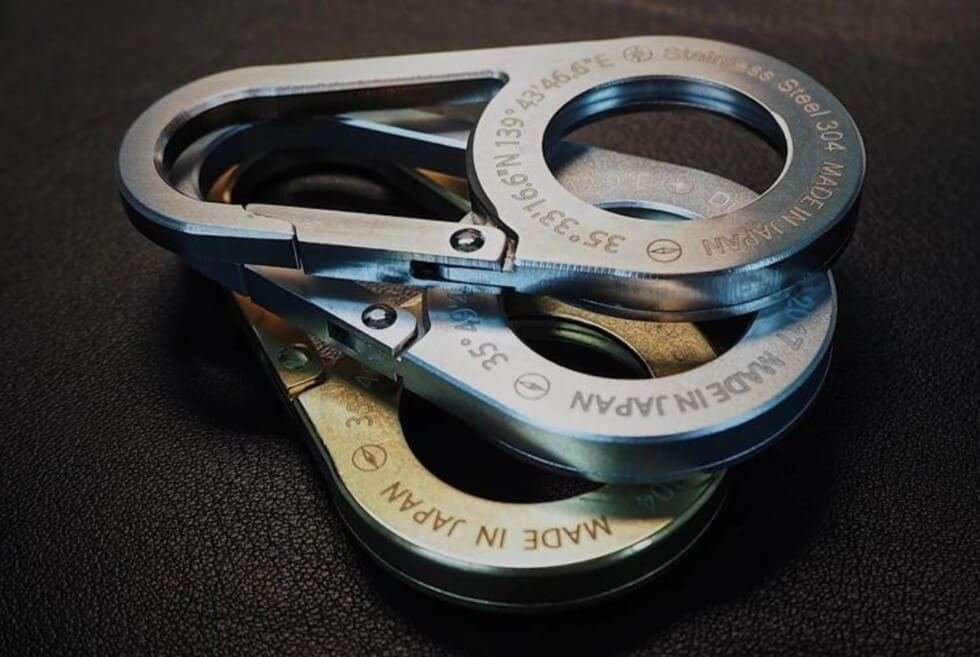 This AirTag Carabiner by Saegusa Design makes an ideal travel buddy or go-to-tracker for those who are always on the go. If you’re commuting in the urban jungle, then it becomes a handy tool in keeping your things in check so you don’t lose them along the way. But this portable tracker, in general, gives you peace of mind knowing that you can locate your possessions in case you misplace or lose them.

As its name implies, it works with an Apple AirTag so it has a nice space in the middle where you secure the device. Then simply snap on the carabiner to where you want it the most. Say your bike, your bag, car keys, house keys, and other things you don’t want to lose. This portable tool is very compact and lightweight so it doesn’t get in the way or become cumbersome to bring around.

Saegusa Design’s AirTag Carabiner comes in three metal types: Duralumin (0.59oz), Brass (1.7oz), and Stainless Steel (2oz). The Duralumin composite alloy material is guaranteed durable and robust because it is mostly used in aircraft, boats, and spaceships. It is ideal for use in water and high altitudes.

Meanwhile, the Brass AirTag Carabiner is similar to leather in a way because it develops its own patina over time. Then you have the stainless steel, which needs no further explanation. Moreover, as with a key holder, Saegusa Design’s AirTag Carabiner is easy on the hands or fingers. Its portable size even makes it easy to slip inside your jeans. It measures 3.1″ x 1.6″ x 0.2″.

Handcrafted in Japan so each AirTag Carabiner is unique from one another. This accessory adds a touch of style and color to a simple and plain yet useful device.

Acebeam's Pokelit AA flashlight is water and dust-resistant, has a beam distance of 282 ft., and runs on a customized rechargeable battery built with a USB-C port.