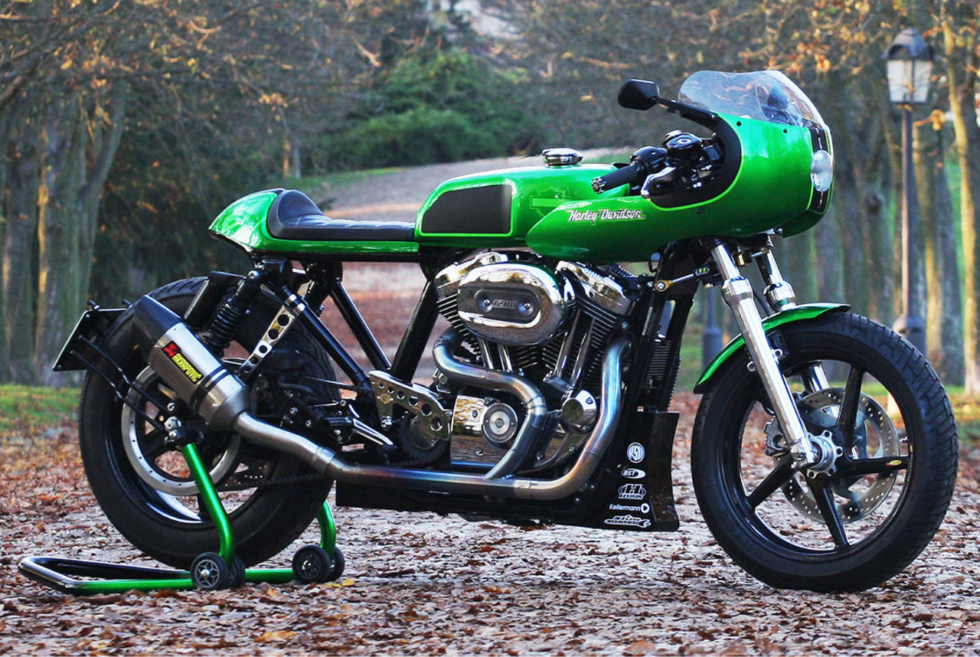 Most customization shops rely on a team of like-minded individuals that are ready to turn donor machines into something else entirely. Meanwhile, a select few prefer to take on the task by themselves. One such brave soul is based in the Czech Republic and runs the Rusty Pistons Garage. The latest project to roll out of there is the café racer that is not afraid have everything in full display.

The workshop is located in the town of Chlumec and Cidlinou, which sits just east of Prague in the Czech Republic. Among its population of approximately 5,000 people is Martin Solar — the man behind Rusty Pistons Garage. Most of the work that goes into his projects such as this Harley-Davidson Sportster is mostly by his hands.

Perhaps the only tasks that he outsources are special paint jobs and some CNC-milling every now and then. Aside from his work on motorcycles. According to Solar, this particular build was inspired by a pair of BST carbon fiber wheels just lying around his place. Instead of just leaving them to gather dust, he is testing his skills on his first-ever café racer.

These were originally for a Suzuki GSX-R1000, which means some tweaks were in order. After some CNC machining, everything was finally compatible with Harley-Davidson disc mounts, belt drive, and axles. Additionally, this Rusty Pistons Garage café racer is getting a pair of custom GoldFren brake discs.

Aside from its other tweaks, the bold green metal flake coat adds to its attractive appearance. As for the Sportster’s 1200 cc motor, it remains in stock configuration. Moreover, with minimal fairings, its on full display for everyone to appreciate. Rusty Pistons Garage has a winner right here. 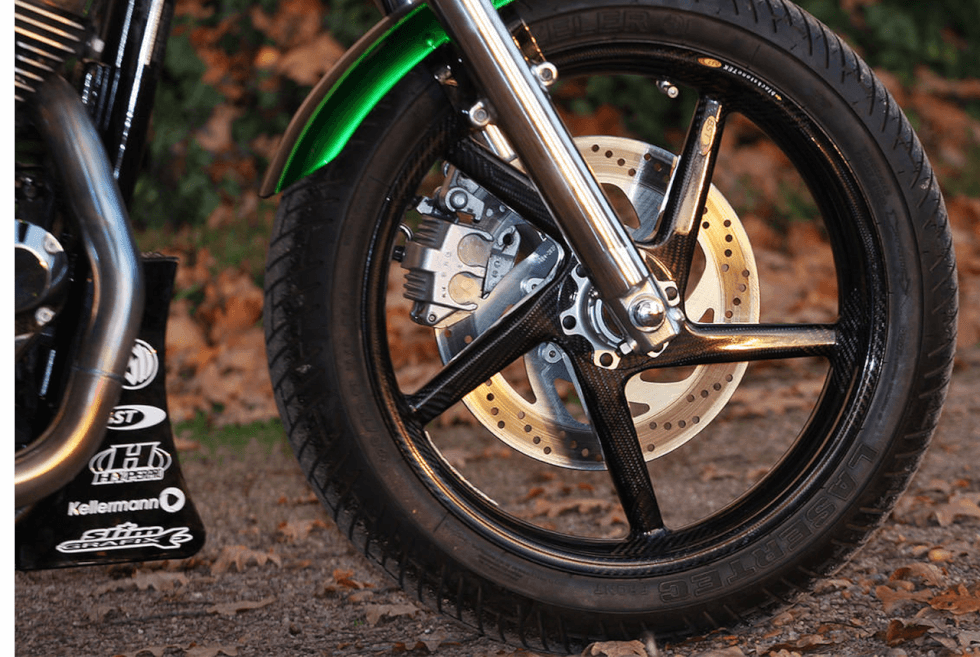 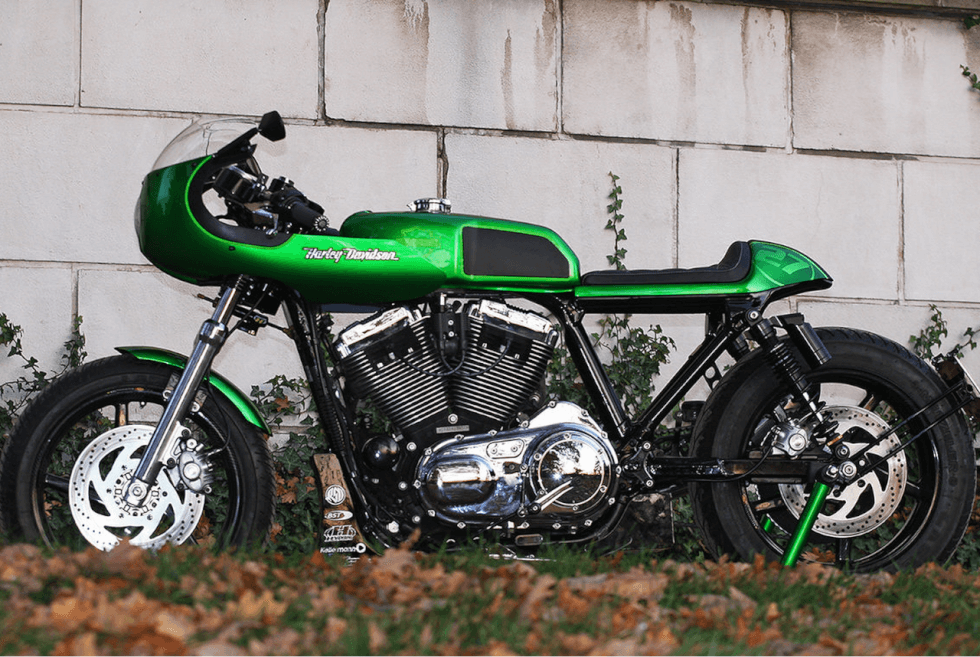 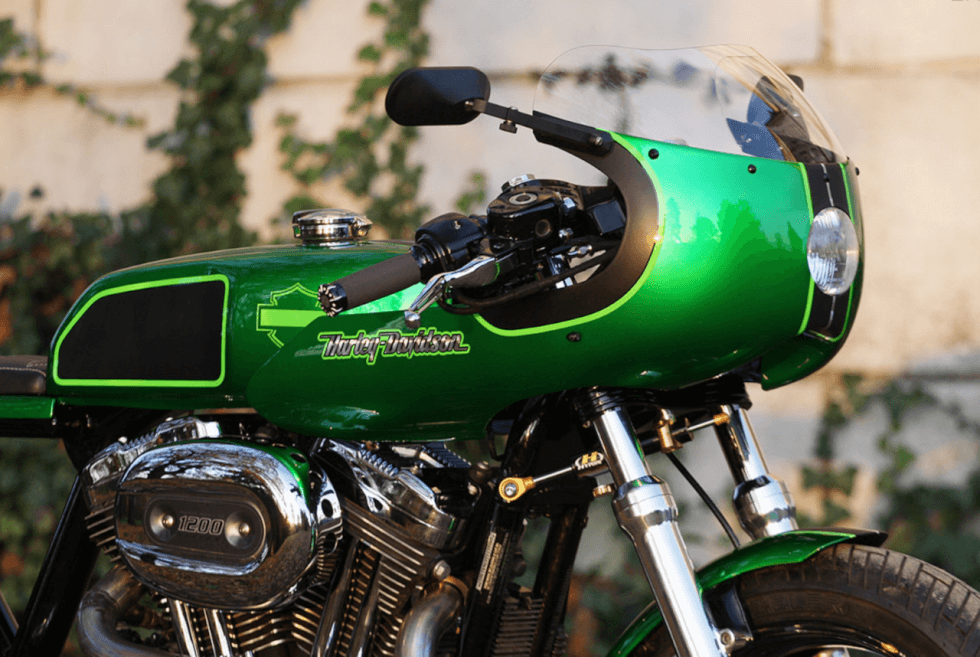