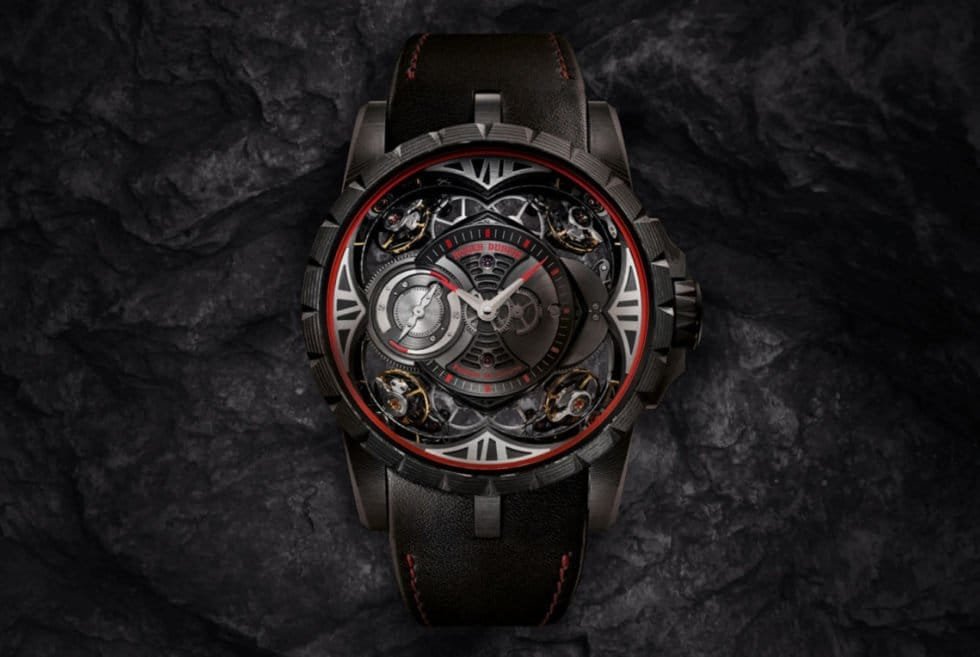 Modern mechanical timepieces flaunt amazing craftsmanship and impeccable accuracy. As much as we have embraced the digital age, nothing can really replace the beauty and magnificence of the analog motion of watch hands. You probably already know that one of the pinnacles of Haute Horlogerie is the intricate tourbillon. Just having one is responsible for increasing the value of the item. Meanwhile, the Roger Dubuis Excalibur Quatuor Carbon chooses to flaunt a different configuration. Nevertheless, it’s just as mesmerizing as the unique escapement.

Instead of the installing a tourbillon on the wristwatch, expert craftsmen from Roger Dubuis spent seven years of research to come up with a one-of-a-kind design. The assembly sports four sprung balances that are positioned at 45-degree angles. According to the watchmaker, each mechanism works “in tandem for unprecedented accuracy. Equally important, also compensating not just for gravity but also your own movement.”

It runs on the brand’s exceptional manual winding RD101 Quatuor movement with a 40-hour power reserve. The case measures 48mm and bears a stylish combination of red accents with everything else mostly in black. Upon closer inspection, you’ll notice that the mechanism does not emit the familiar tick, but you can make out a mechanical whirring that’s oddly satisfying to listen to. Ownership of the Roger Dubuis Excalibur Quatuor Carbon might be a challenge with only 8 pieces in line for production. 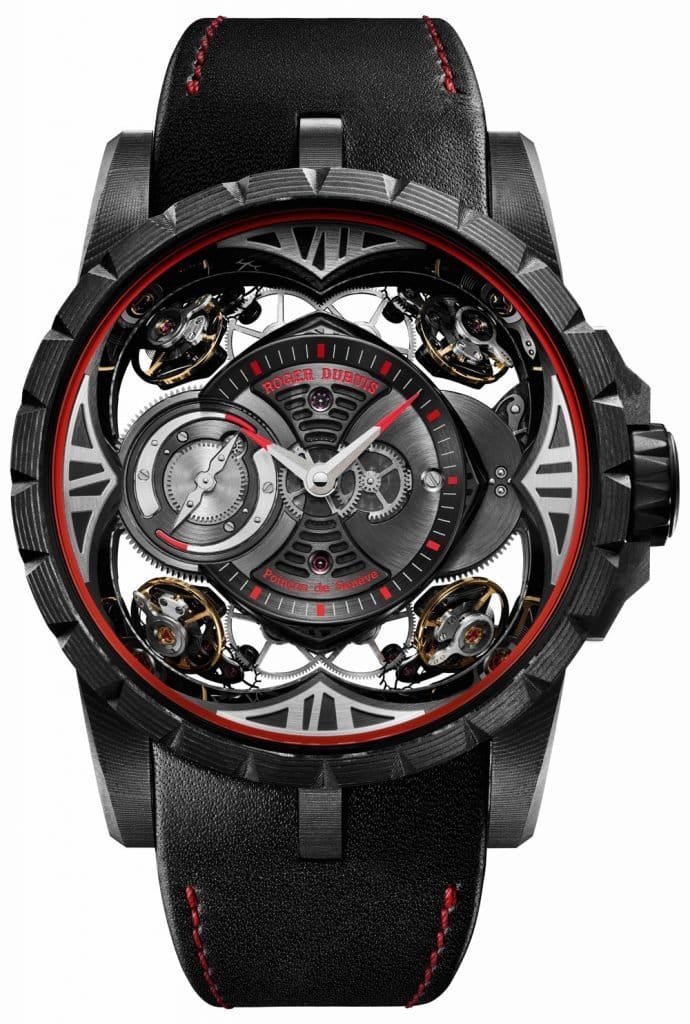 Adidas and Allbirds are marketing the Futurecraft.Footprint with the knowledge that its production has minimal impact on the environment.

Vertagear PL4500 Crystals by Swarovski: A gaming chair for those with refined tastes

Hardcore gamers are the types of consumers that won’t hesitate to splurge on something they suddenly fancy. We should know because some of us here have been addicted to video…