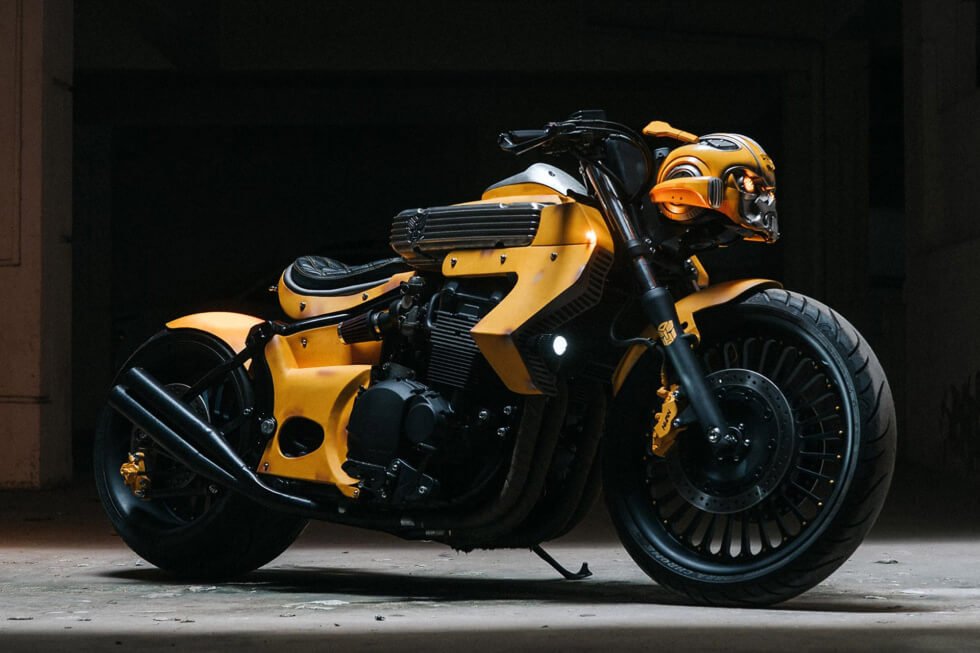 Among the robotic protagonists in the Transformers franchise, Bumblebee underwent the most remarkable change from the original animated series. In the live-action films, his vehicle form is no longer a Volkswagen Beetle, but a Chevrolet Camaro. Thankfully, the color scheme remains intact. This leads us to a two-wheeler from RH Customs that pays tribute to the iconic Autobot.

The team behind this project hails from India and it goes to show that aftermarket bike customizations have a global reach. For the Bumblebee, they’re starting off with a Honda X4 as the donor. Although there’s nothing in the official works to suggest this type of transformation, it is a cool reimagining, nonetheless.

They are taking the cruiser and fabricating a bespoke chassis and swingarm to accommodate the parts. RH Customs takes the valve covers off a 1972 Chevy Camaro SS and endows them with the Autobots emblem. This is an awesome touch so fans can identify this motorcycle’s affiliation with the good guys.

Black and yellow adorn the body and the rest of the bike. This is more in line with Michael Bay’s version which sports the chromatic combination. The Autobots logos are once again visible on the forks. Instead of a traditional headlight assembly, RH Custom attaches a replica Bumblebee head with amber LED units for the eyes.

This is not enough to illuminate the road ahead of you, so LED headlights are mounted on the fairings instead. You’ll notice some stylish weathering accents on the body which is a nice artistic touch. The Bumblebee motorcycle likewise wears a custom saddle with diamond-stitched patterns. This bad boy is unfortunately not for sale. 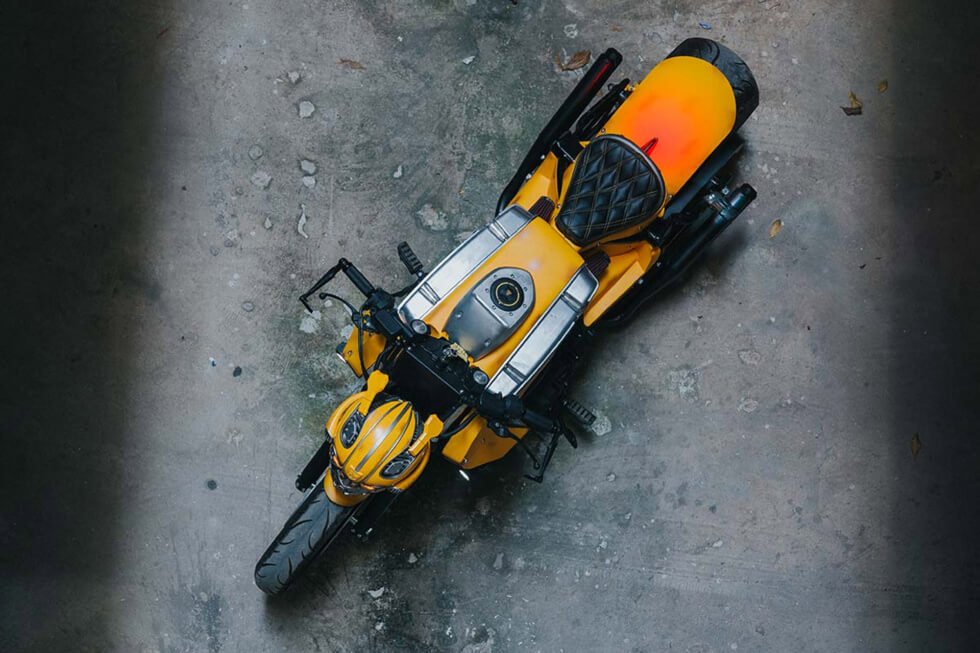 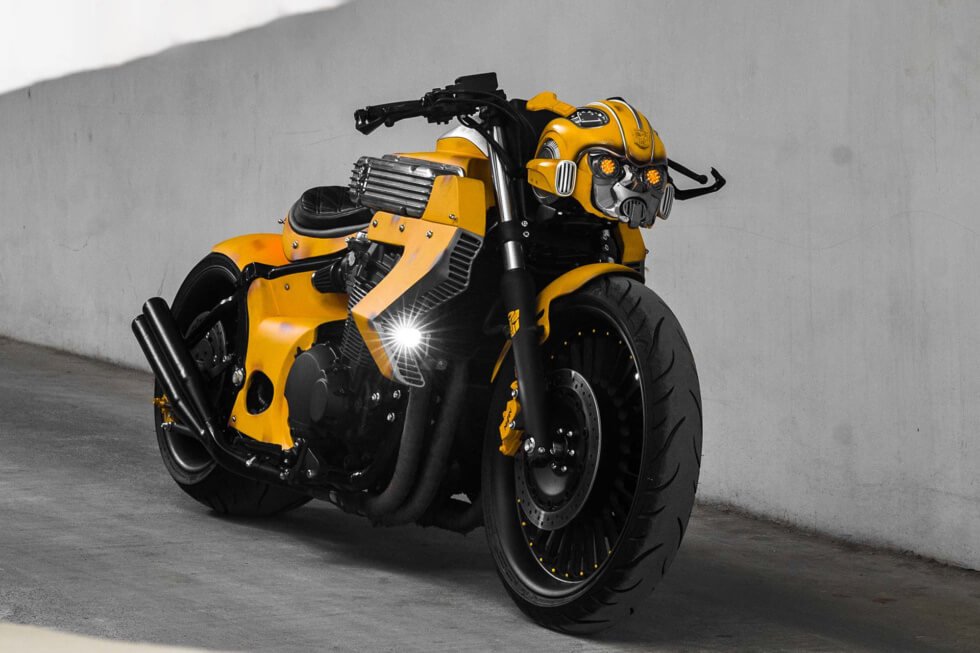 According to Hopium, the Māchina Vision's powertrain is capable of 500 horsepower with an approximate range of over 620 miles.