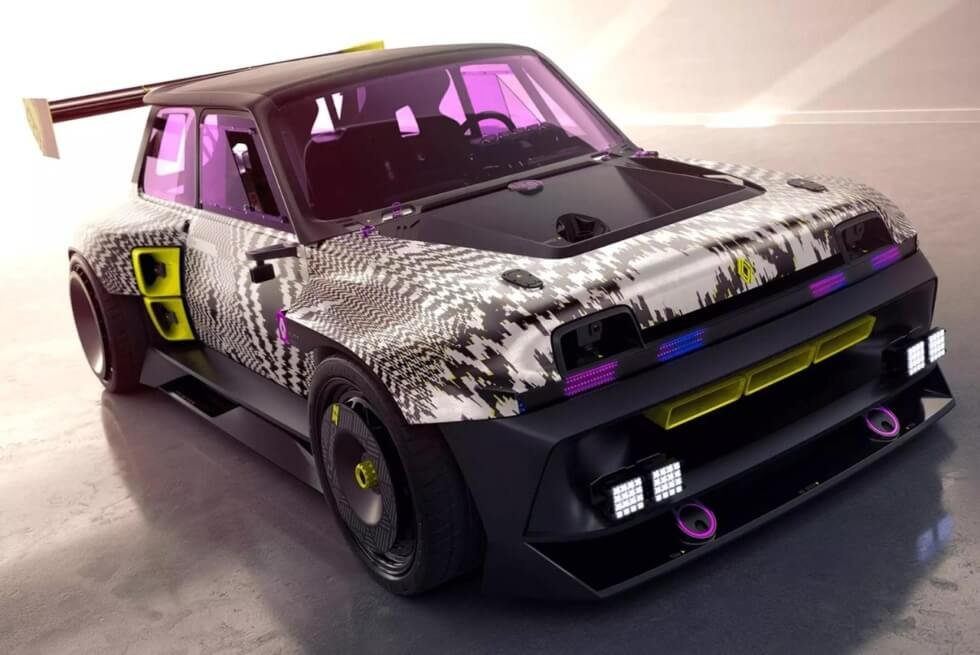 The automotive industry has been very vocal about its commitment to green technology. What Tesla has been doing for years is now finally trickling down to established marques and startups. Renault is commemorating the 50th anniversary of an iconic model by unveiling an electrified version of a boxy car. This is the 5 Turbo 3E.

Unlike the curvy Renault 5 EV concept, it is the French carmaker’s attempt to show the world how fun its vehicles can be. Instead of endowing it with a sleek modern exterior, they’re revamping the distinctive silhouette with aggressive aerodynamic body kits. As such, it retains a hint of familiarity fans will no doubt enjoy.

From a cosmetic standpoint, the Renault 5 Turbo 3E looks like something Ken Block and his crew would drive around and pull off crazy stunts in. To our surprise, this EV is actually capable of this via three dedicated drift modes. Once active, drivers can just push it beyond its limits and experience the thrills that come with it.

To show off your cool driving skills, there are 10 mounting brackets for action cameras. Capture your run from every angle outside and inside the Renault 5 Turbo 3E. A motor on each wheel produces 374 bhp and 516 lb-ft of torque. Step on the gas and watch it zip from a standstill to 62 mph in 3.5 seconds.

Keep the pedal down to hit its maximum speed of 124 mph. Powering the 5 Turbo 3E is a 42 kWh battery with a range of approximately 200 miles. With a 32A charger, it can go from zero to full in two hours. “This pure-electric drifter demonstrates that electric cars can also be fun with incredible performance,” says Renault deputy design boss Gilles Vidal.