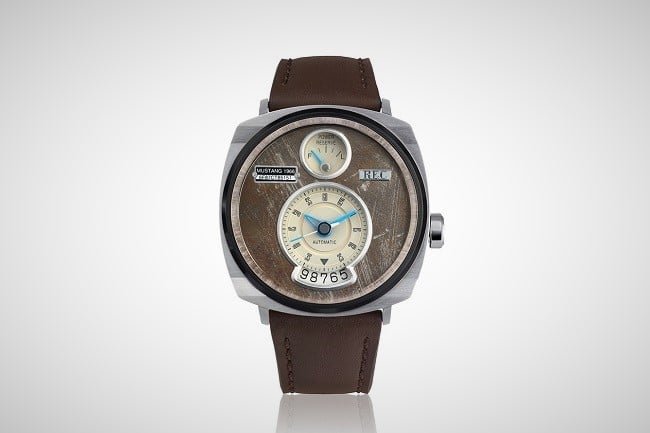 We’ve seen plenty of watches inspired by the auto world, but until now, none made with actual car parts. Enter REC P-51 ($740), a unique timepiece containing recycled bits, taken from wrecked Ford Mustangs of the 1960s.

Created by young Danish company REC (short for “RECycle” and also a hint to “wreck”), the P-51 comes in three variations, each boasting a muscular 44 mm case and powered by a Miyota 9130 automatic mechanical engine. The styling details recall the iconic ’66 Mustang all over, from the gauge-like dials to the visible movement resembling the car’s rims. La pièce de résistance, however, is the distinctive dial – crafted from a reclaimed sheet of metal, that once was the bodywork of a real Stang. This element adds a scratched-up & authentic look, that’s reinforced by a little plate around 11 o’clock, displaying the year (1966) and chassis number of the specific donor car.

Clearly, the P-51 is not for everyone. This is a rugged watch, made to be worn by (hair-chested) men, who’d feel proud to have a piece of American automotive history on their wrist. 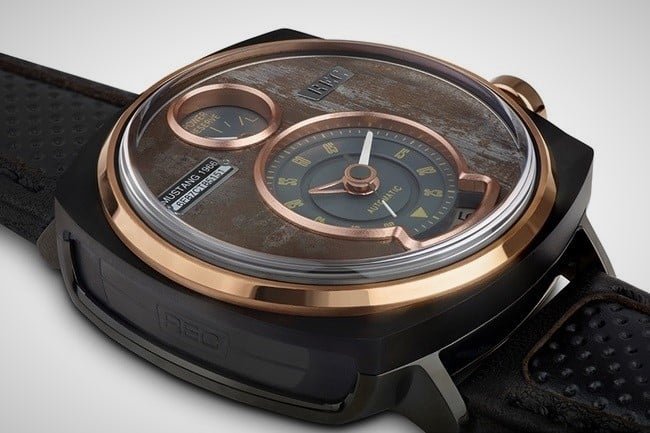 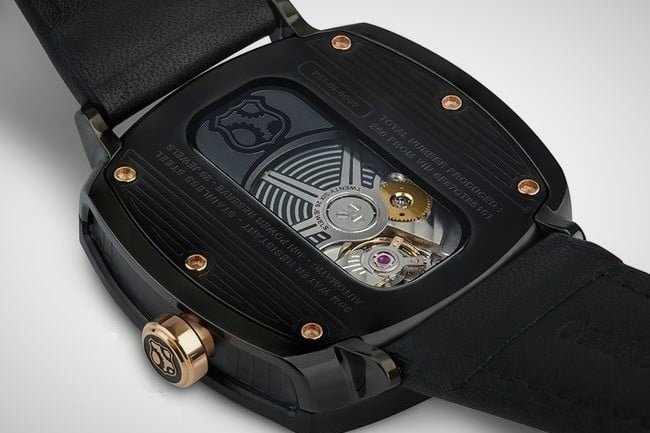 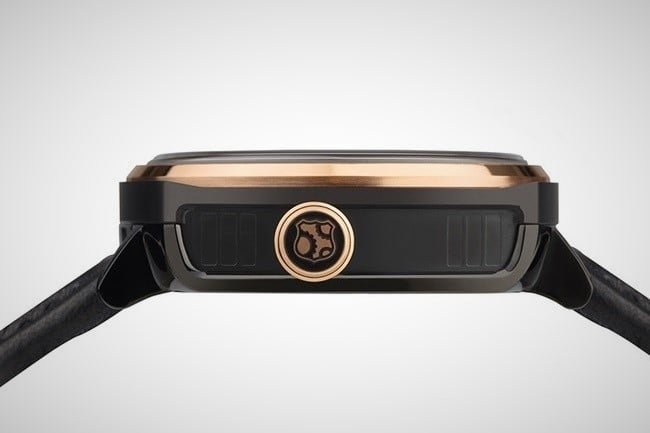 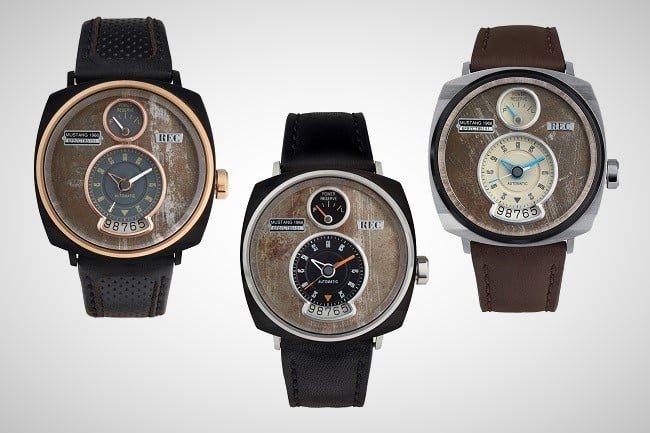 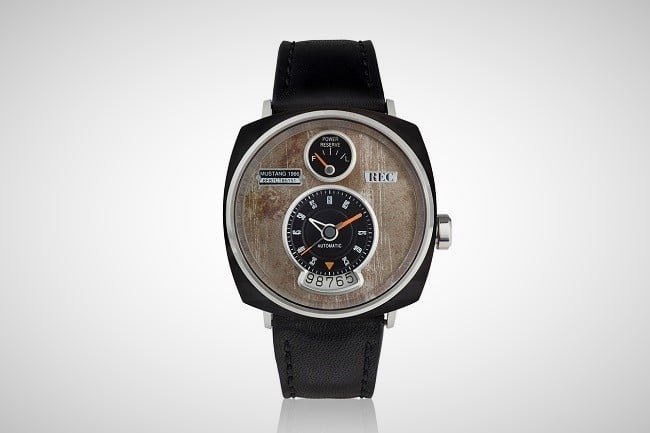 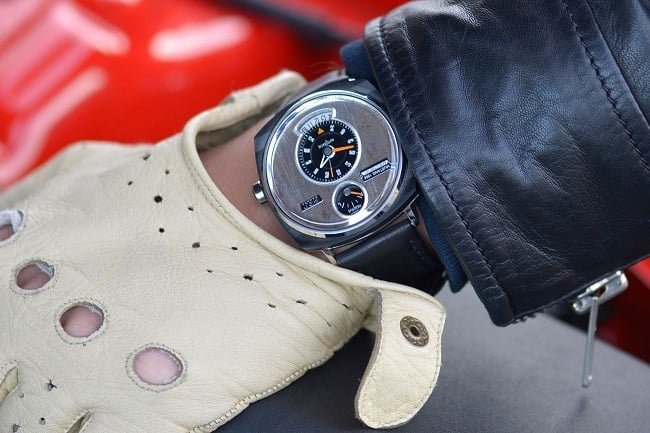 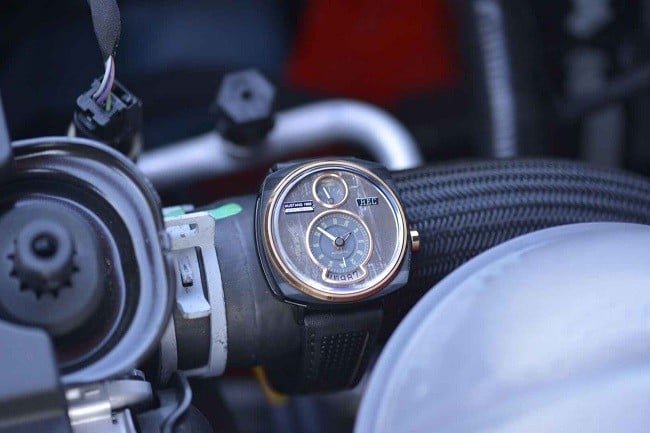 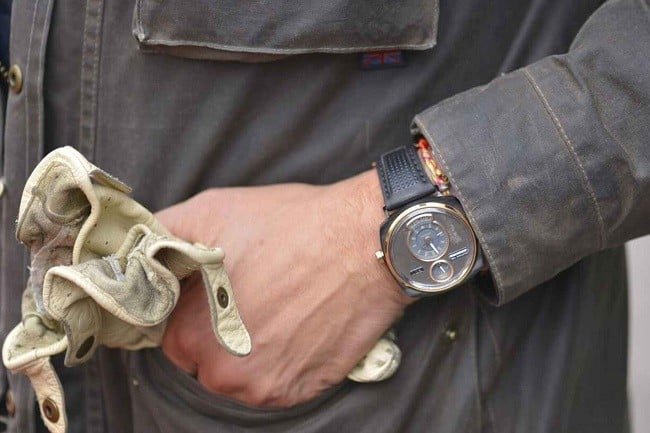 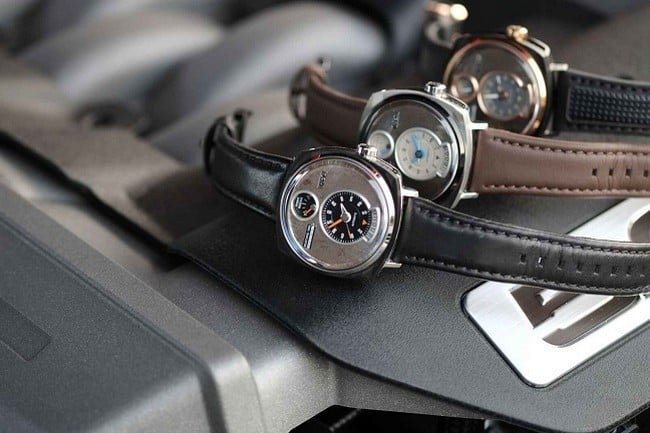 The MAD Paris Rolex Milgauss Camo Edition starts off with a pre-owned timepiece that then receives a visual overhaul.