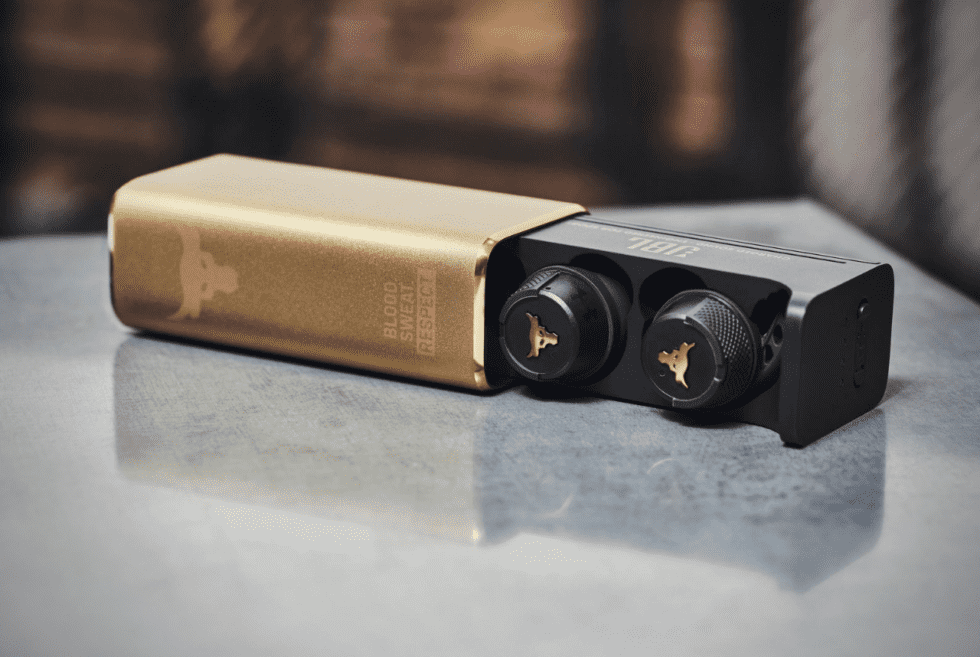 Don’t hit the gym without these new Under Armour buds, the fitness brand’s new collab effort with none other than Dwayne “The Rock” Johnson. Called the Project Rock True Wireless In-Ear Headphones, these fitness-focused pair are sweat-proof and designed to stay in your eye even as you go about your hardcore gym routine.

On a single charge, the buds should provide about five hours of continuous music playback, according to Under Armour. Like the AirPods, they also come in a wireless charging case which can add up to 20 hours of listening. They’ll cost $199 and arrive this June 7. That’s a steep price, sure, but not surprising in this category.

The Project Rock True Wireless In-Ear Headphones also has something called UA TALKTHRU (caps not ours), which lets you take calls and have conversations through the headphones. It’s similar to technology JBL uses in its own wireless earbuds, just so you know.

There’s a bull logo on the side of the earbuds that’s not just for show. It’s actually also a button. Press it and you activate the buds’ noise-cancelling feature. Should be good when you’re trying to focus on your super intense workout and want to tune everyone out.

These mark the second collab headphones from the Project Rock line. The first, called the UA Sport Wireless Train Project Rock Edition, came out last year. Unlike this pair, those were over-the-ear, but also had a sweat-resistant design and audio prowess care of JBL. Hit the link for more info on other specs.

The manufacturer bills the Yarbo as a modular automated platform engineered to perform various yard chores throughout the year.