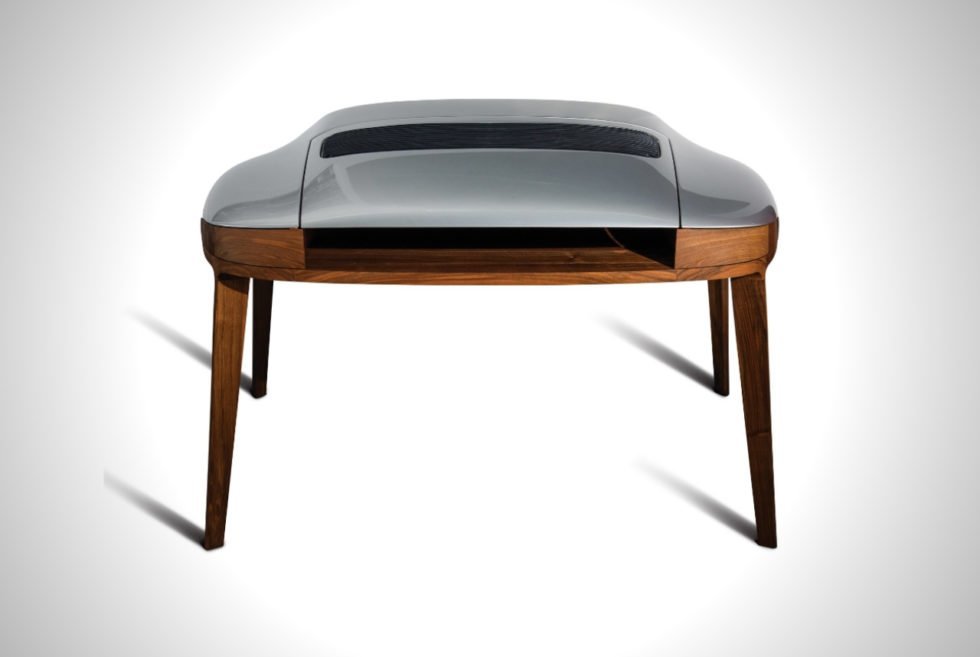 Designed by 3 GJB 17, the 911 Porsche Writing Desk is a table made from authentic Porsche body parts. It’s got an Arctic Silver automotive paint, plus custom-made American Walnut attachments. It also takes the iconic car’s rear end and converts the boot hood into a writing area. Plus, thanks to the boot hood’s spring-loaded hinge, you can also use it as a cabinet for storing your pens in or other stuff.

RM Sotheby’s has put it up for auction on its site, so it’s anyone’s guess how much it’ll end up going for. But it’s safe to say Porsche loyalists are already drooling for this piece of highly original furniture. However, we have to admit that the design might seem a little too on-the-nose the longer you look at it. Even still, it’s not a terrible caricature job. There’s still plenty to love about this table, right down to where it got the inspiration from and the fact that the materials sourced for to make it are topnotch.

At the end of the day, there’s no reason why you should bid for the Porsche Writing Desk. Any alternative you can get from mainstream shops like IKEA should still serve you well. Moreover, they’re going to be a lot less expensive than this masterpiece. Then again, it’s not always about utility. It’s also one of the prime examples on how automotive and furniture design can mesh together ingeniously. Imagine having this in your bedroom or study — you’ll be one of the few, if not the only, owners in the entire world. 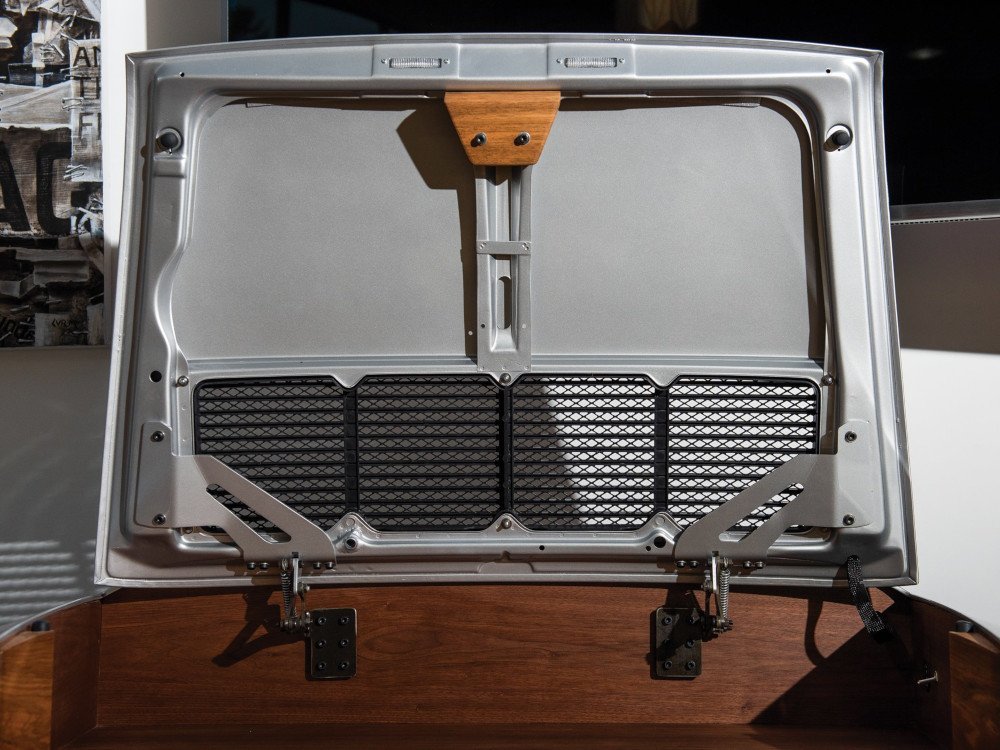 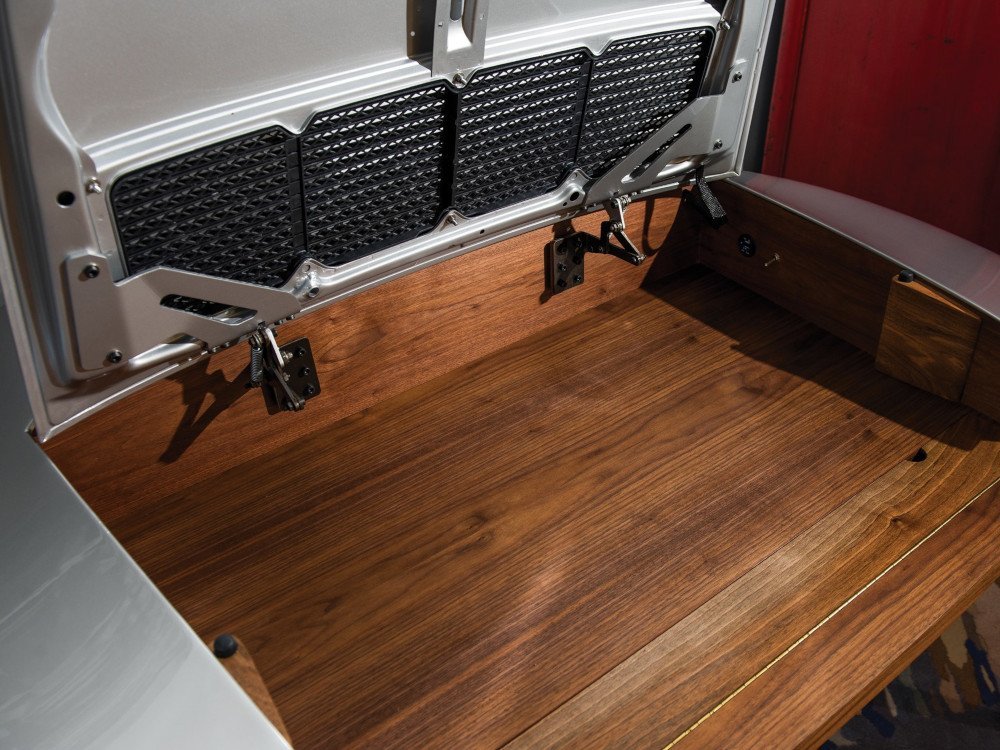 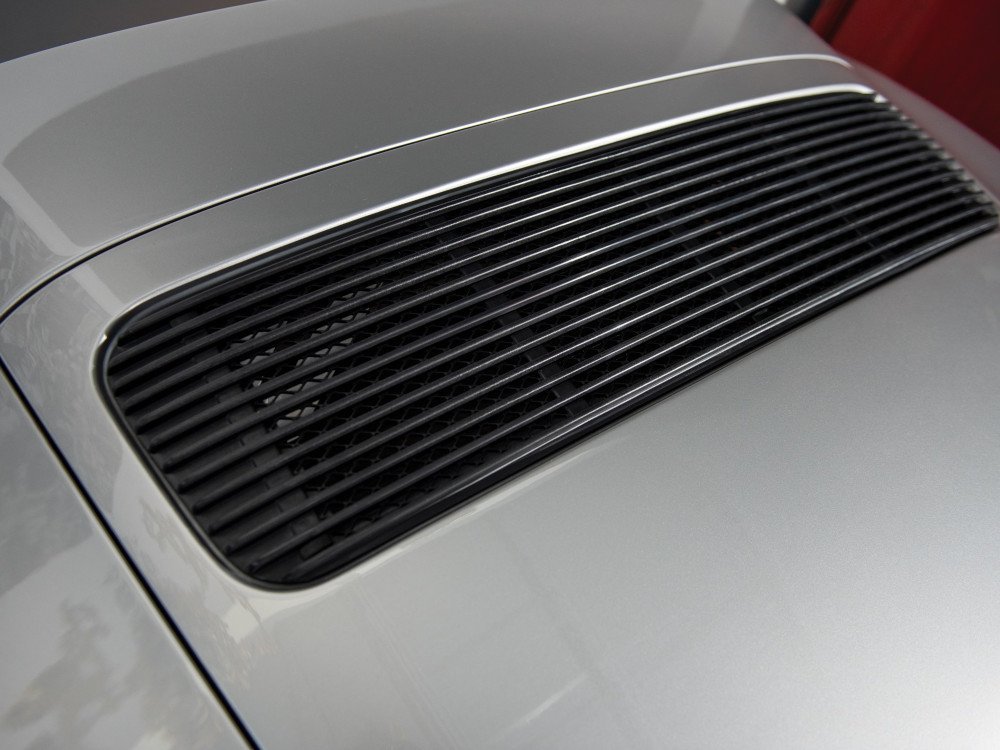 Sandgrain Studio's "The Godfather" poster is printed on thick artisan paper with a matte finish.