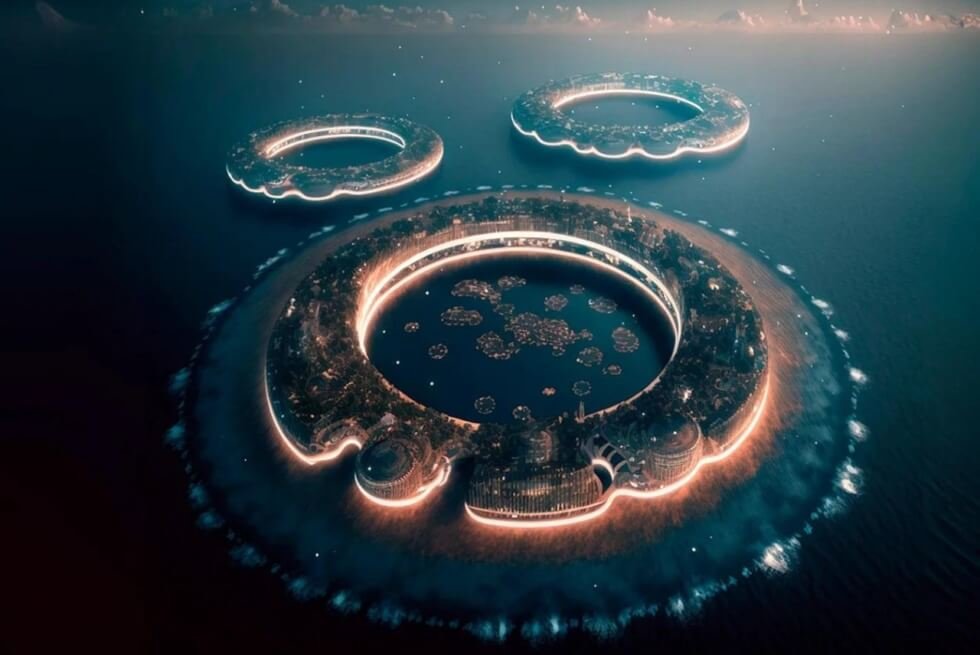 At the rate things are going up to now, we’re likely looking at rising water levels in the future. Climate change awareness has certainly grown over the years thanks to the efforts of concerned groups and individuals. However, in the event that the worst-case scenario is inevitable, concepts like the Polimeropolis might become the only hope of humanity for survival.

The location proposed for this floating habitat is in the middle of the Pacific Ocean. Countries with many coastal cities at risk of flooding when sea levels rise must consider contingency plans. The way experts see it, not all regions have inland areas that are of higher elevation. As such, we previously featured projects intended for such situations.

Although the Polimeropolis takes a similar approach to the likes of the Oceanix Busan and Maldives Floating City by Waterstudio, It’s remarkably different in so many ways. Firstly, it is farther away from land and should be reachable via water and air only. Envisioned by Estudio Focaccia Prieto, these structures will also help clean up the Great Pacific Garbage Patch.

On-site floating factories begin with gathering, crushing, and compacting waste plastics. These then form the buoyant foundation for clusters of ringed cities. Once completed, the Polimeropolis runs on clean energy from tidal movements while potable water comes from reverse osmosis procedures. Food production follows via marine farms within their enclosed sections.

The team points out that it will be a mix of commercial, residential, and more. Eventually, the Polimeropolis should have hotels, resorts, and other recreational amenities to encourage tourism. “It is a proposal for a new paradigm of urbanization that seeks to reconcile the needs of the human species with the conservation and respect for the environment,” states Juan Manuel Prieto. The Apple Tree House is a glass dwelling with an apple courtyard that serves as the "core" of the architecture and surrounding it are the private and public spaces.

Sakinaw Lake House: A Modern Secluded Retreat For A Family Of Five

Unlike most homes with bedrooms on the upper levels, Bornstein Lyckefors assigns them on the ground floor of Villa Hovås.