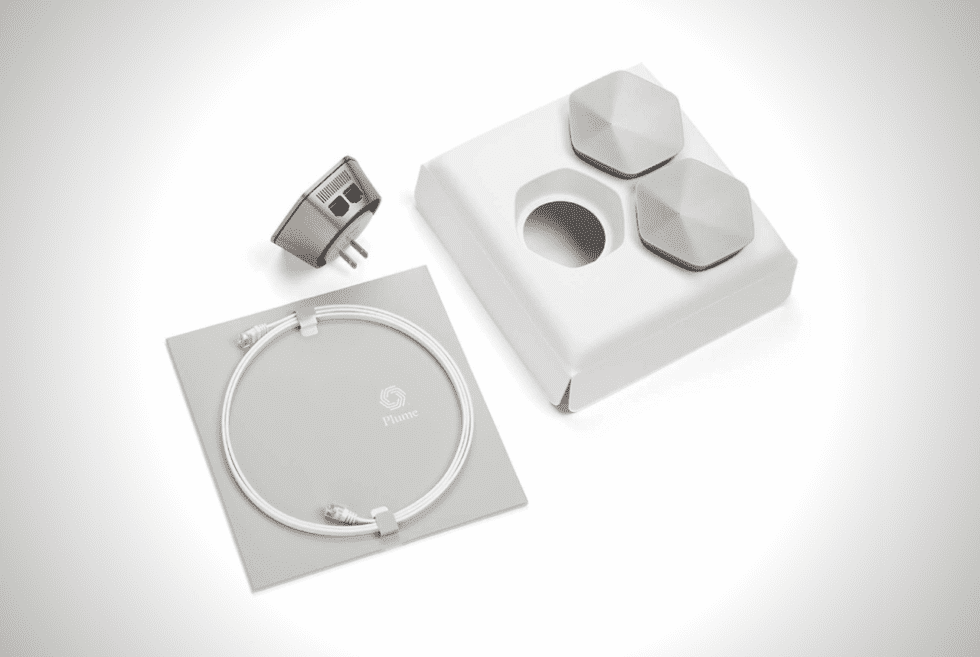 The SuperPod comes bundled with three hexagonal pods that you plug directly into an outlet. When plugged in, they provide coverage for the average three- to four-bedroom household, with each pod delivering 30 to 80 feet of Wi-Fi connection. Each pod is a AC3000 tri-band router boasting one 2.4GHz band, two 5GHz bands, a quad-core processor, and a Bluetooth radio. Each has two gigabit LAN ports, a tiny status LED, and a two-prong plug.

Like the original Plume devices, the SuperPod uses Plume’s Adaptive Wi-Fi technology that analyzes a household’s network. Why, you ask? Well it does this so as to optimize bandwidth allocation based on client demand. However, you’ll have to pay a separate fee to get extra features. These include things like like parental controls, guest networking, internet speed testing, device monitoring, and many others. You can pay a yearly fee of $60 to get these extra features. Alternatively, you can pay $200 upfront for a lifetime membership. That’s of course on top of the SuperPod trio’s cost, which will run you $400.

If you do purchase it, you can easily set up the mesh Wi-Fi network using the Plume companion app, available for both iOS and Android. Aside from setup, it will also allows you to monitor a bunch of different stats, like your network status, network speed, daily reports, and information about connected devices.

The forging process makes each Veark CK20 chef knife unique as no two patterns on its handle are ever the same.