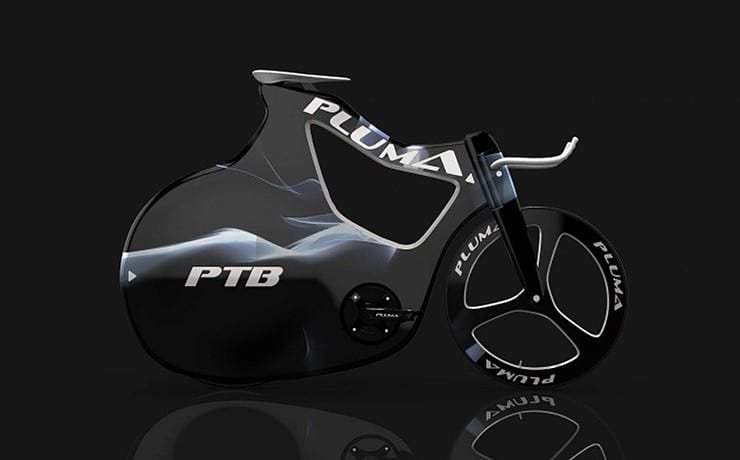 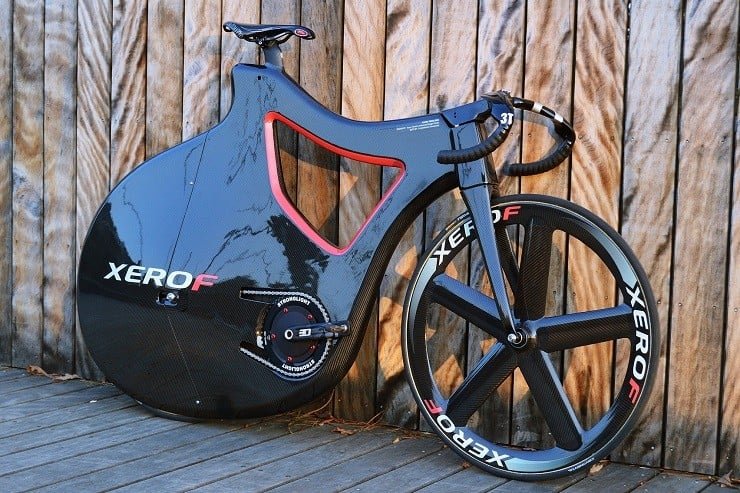 Portuguese industrial designer Nuno Teixeira originally developed the design for his Pluma Track Bike ($NA) back in 2010. The last few years have allowed for reflection and some revisions so that when a Swiss client requested a Pluma, this sleek, aerodynamic machine was ready for production.

It took a full year and a collaboration with French carbon specialists Constellation Composites to render the smooth carbon fiber over PVC foam core fairing and body parts for this ultralight ride. The bike is encased in its streamlined cover so that the moving parts of the drivetrain don’t harm the rider in case of a crash.

The front end saw the greatest revision from the original with a more natural post and a fairly conventional steering fork over the front PRO 5-spoke carbon track wheel. There is a PRO track carbon disc on the back and both are covered with Continental Tempo II track tubular tires. The gear ratio is a 51 x 15 fixed gear and, like all good track bikes, it has no braking mechanism! [via] 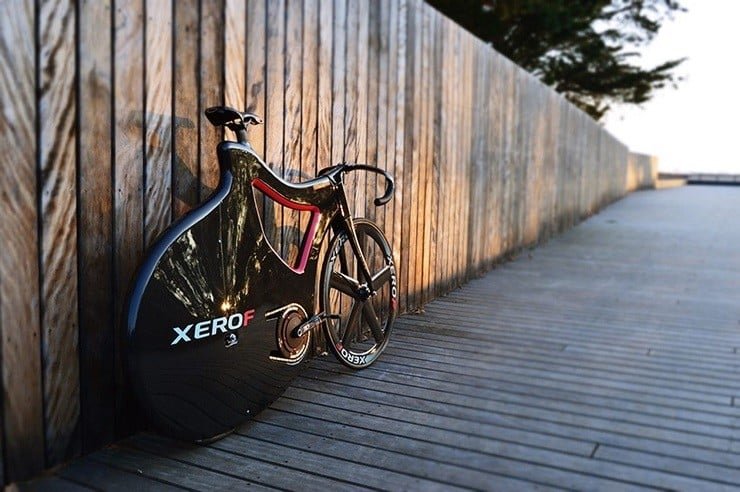 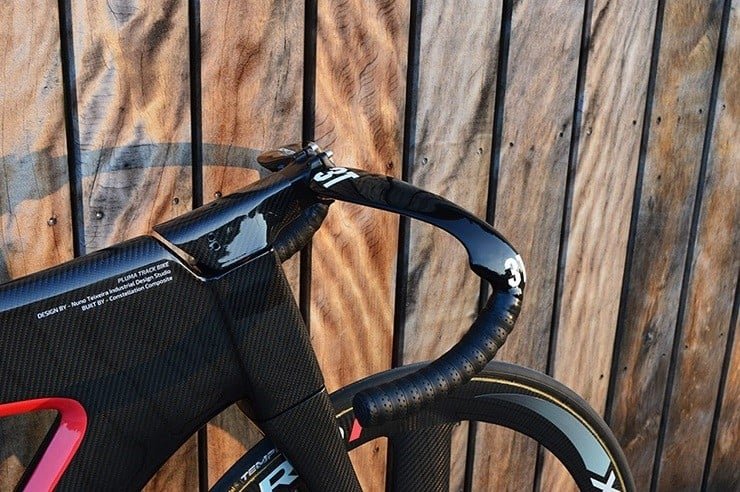 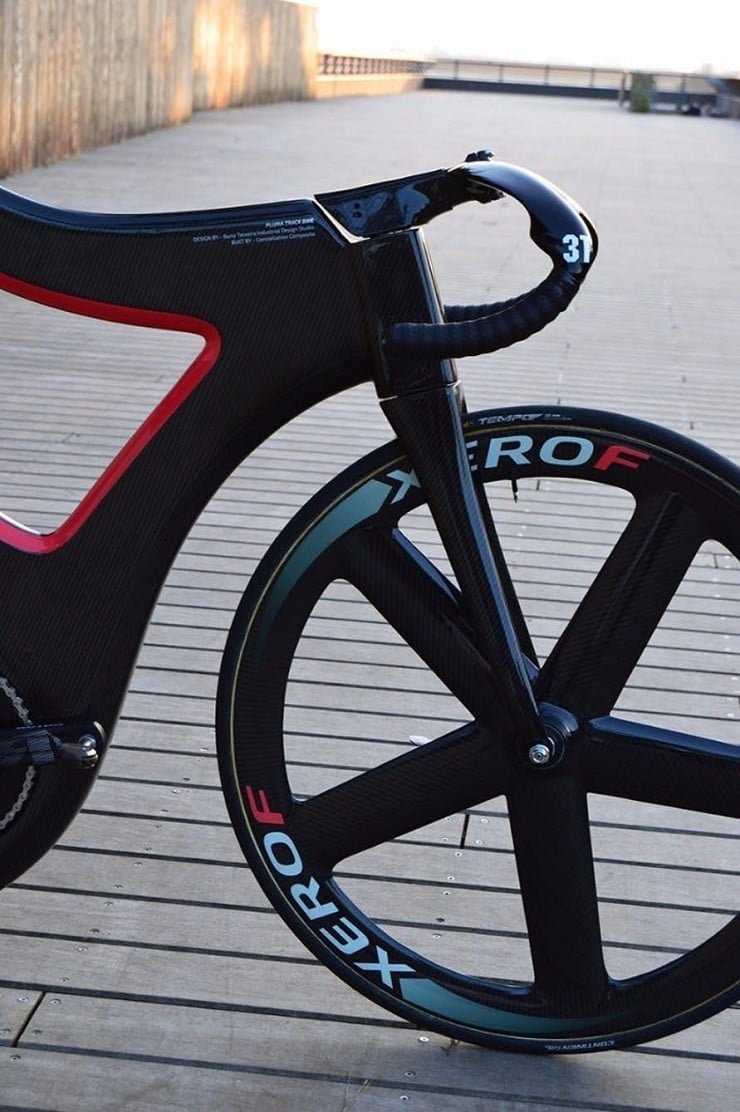 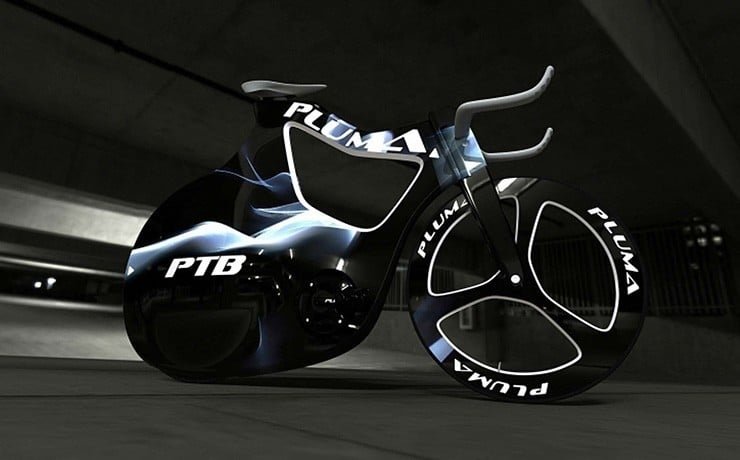 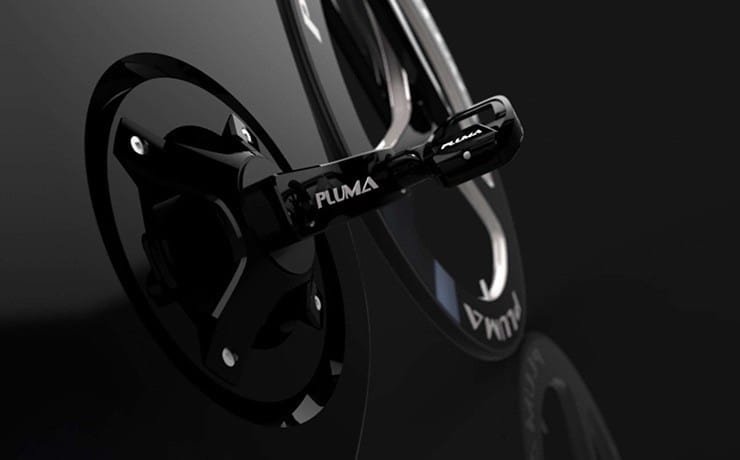