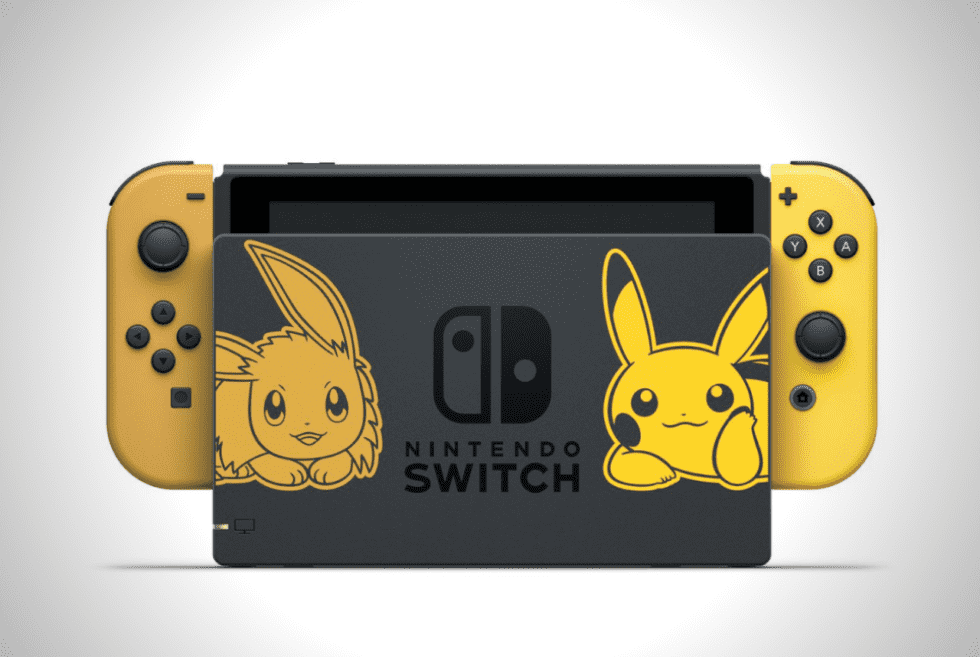 Bear in mind these sweet new bundles are different from previously announced ones that include the Poké Ball Plus accessory. Instead, they’re both special packages that include a copy of either version of the game. That and the aforementioned accessory, plus a special-themed Nintendo Switch featuring Pikachu and Eevee decals on the dock. you also get matching Joy-Con controllers.

Either Nintendo Switch bundle will run you $400, which is a cheaper option than buying each included item separately. The sad part is you won’t be able to buy the special-themed Switch standalone; you have to shell out that whole $400 if you really want to get your hands on it.

The Pokemon: Let’s Go! Switch bundle is one of the first special-edition consoles released by Nintendo since the hardware launched in March 2017. It’s not exactly clear why the company is so slow at releasing special-themed Switches, especially considering the excellent crop of 3DS special editions we’ve gotten since the handheld was released years ago.

You’ll be able to buy this Nintendo Switch bundle this Nov. 16 directly from Nintendo or select retailers. Both games will be released standalone on the same day as well, so those of you who don’t care much for the special-themed console can just go buy a copy.

And in case you didn’t know, another Pokémon title is headed to the Switch this 2019, and it’s apparently the “proper” one (the Let’s Go! games are more of remakes).