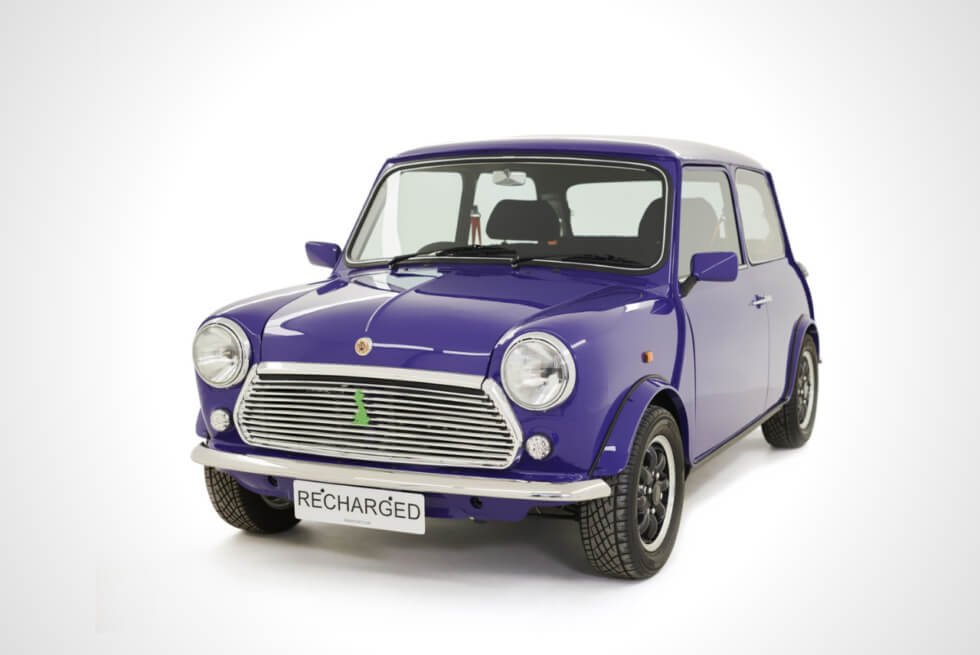 Much like every other carmaker out there one British marque also loves to dabble in collaborations. These types of partnerships are often fun ventures that also provide great publicity for both parties. This month we have MINI Recharged and Paul Smith with another sustainable project that bridges old-school design with futuristic mobility.

In 2021, both parties came up with the MINI Strip – an eco-friendly take on the Cooper SE. Earlier this year, fans of music and motoring were treated to the MINI Remastered Marshall Edition. Now, we’re getting a one-off machine that showcases the adaptability of the latest electric powertrains.

According to Paul Smith, this bespoke MINI Recharged is a tribute to the classic silhouette. “When you move into your old aunt’s flat, out of respect you don’t change everything, but you do some modernizing,” he describes. “We have made a 1990s car totally relevant for today. Ideas are never the problem. You can find them everywhere. The challenge is to implement them.”

They’re taking a 1998 Paul Smith limited edition MINI and fitting it with a 90 kW electric motor. Similar to the MINI Strip, this build does away with all unnecessary components for a contemporary minimalist EV. The exterior sports a bold blue coat of paint and in no way hints at the car’s all-electric configuration.

Meanwhile, the door handles, bumpers, grille, surrounds, and other elements are in chrome. You really need to look closely to spot hints of lime green and orange as well. The interior, on the other hand, tells a different story as the Paul Smith + MINI Recharged flaunts a cabin that’s as Spartan as you can get. Nevertheless, this is one classy ride for those who want to keep it green. 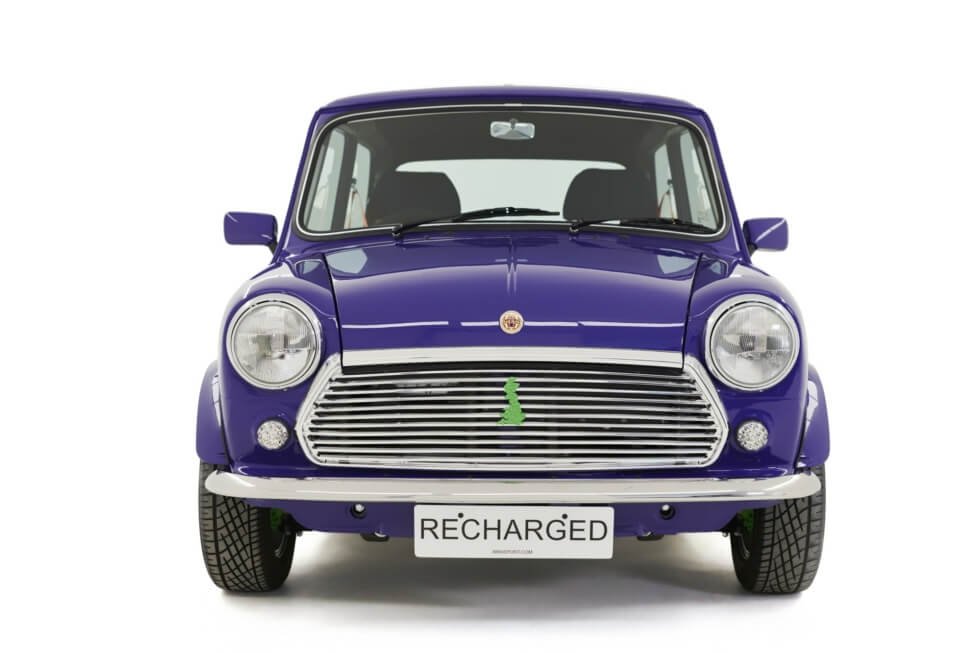 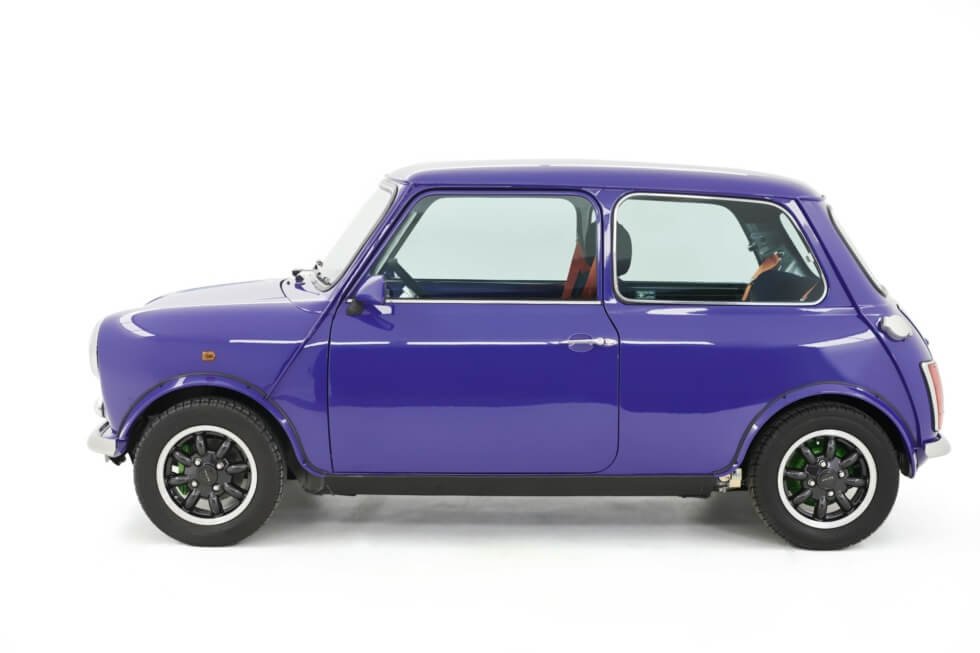 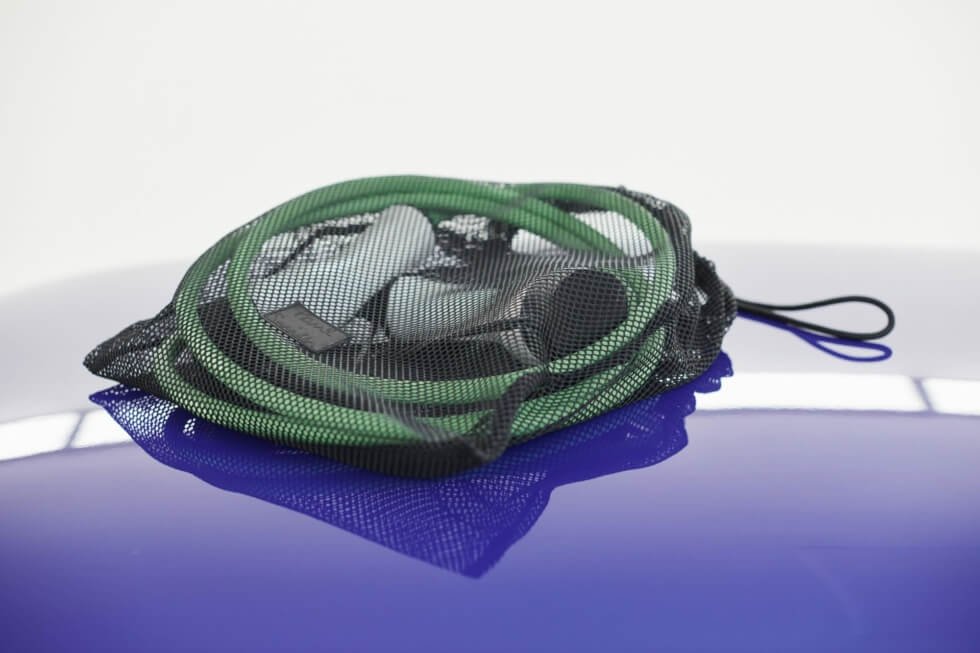 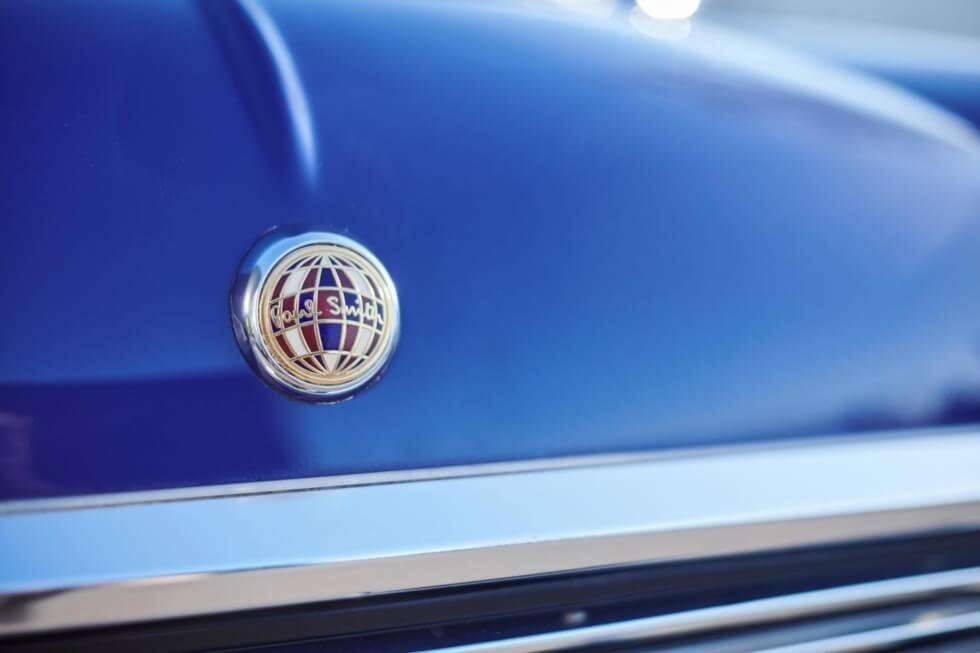 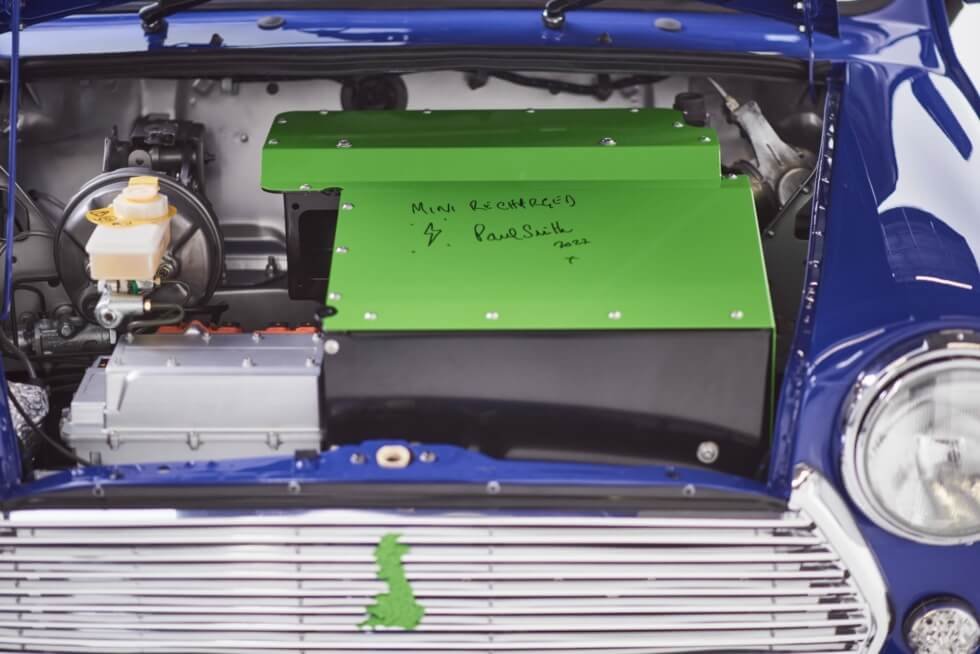 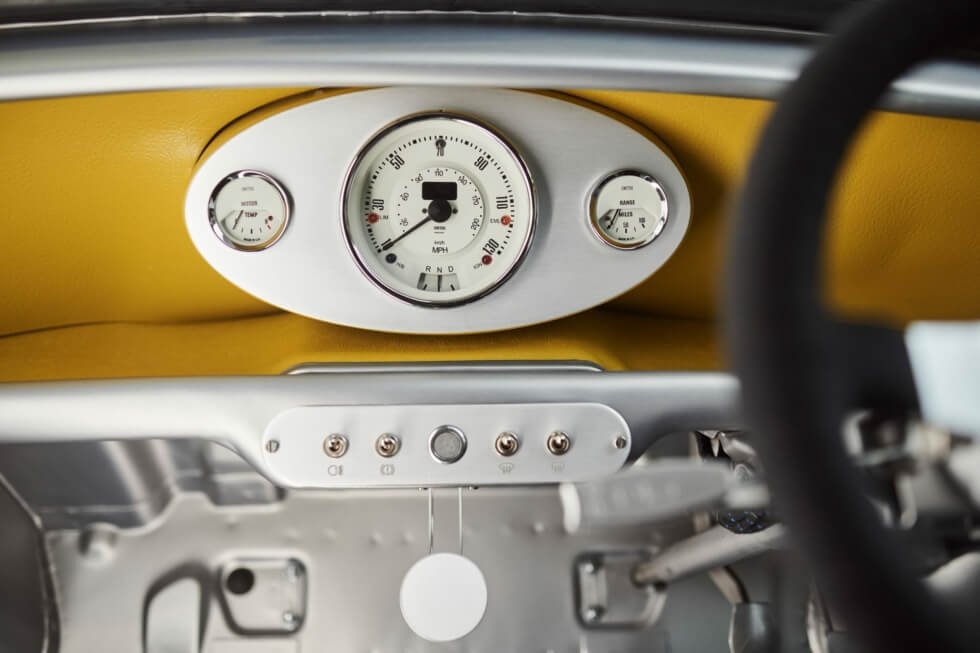 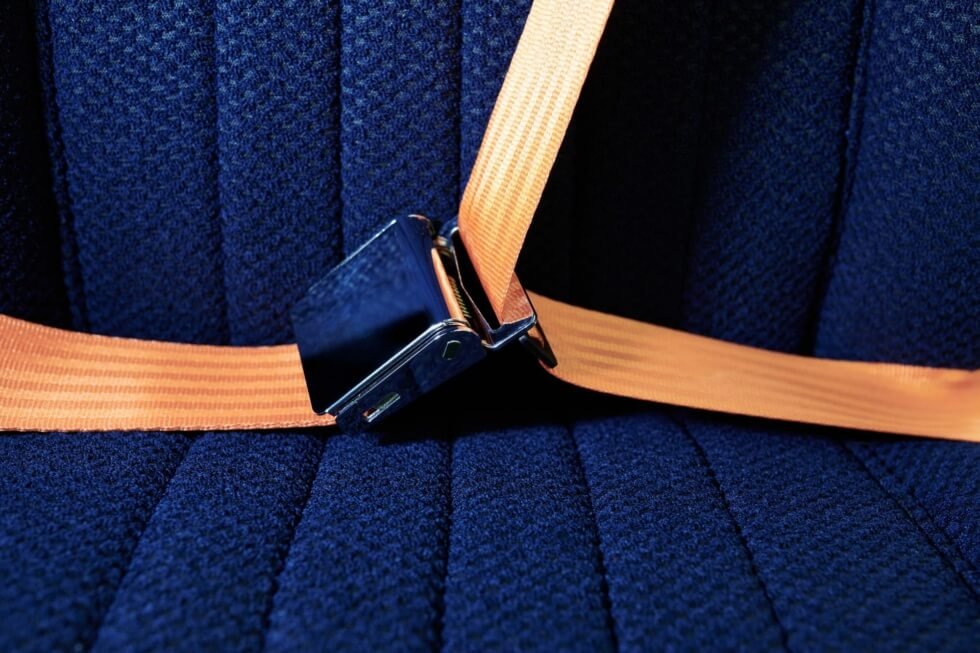 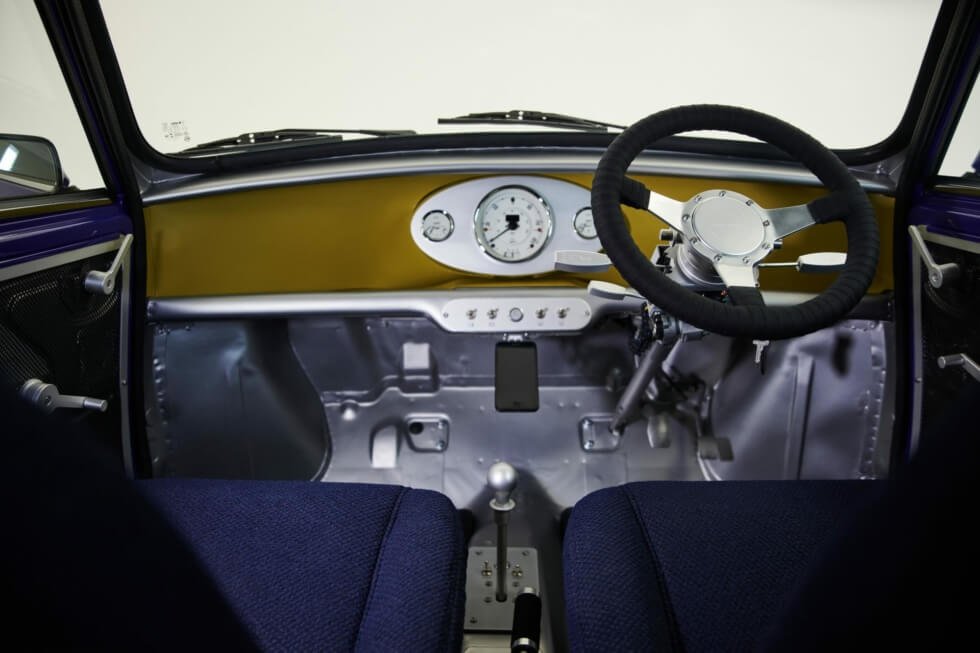 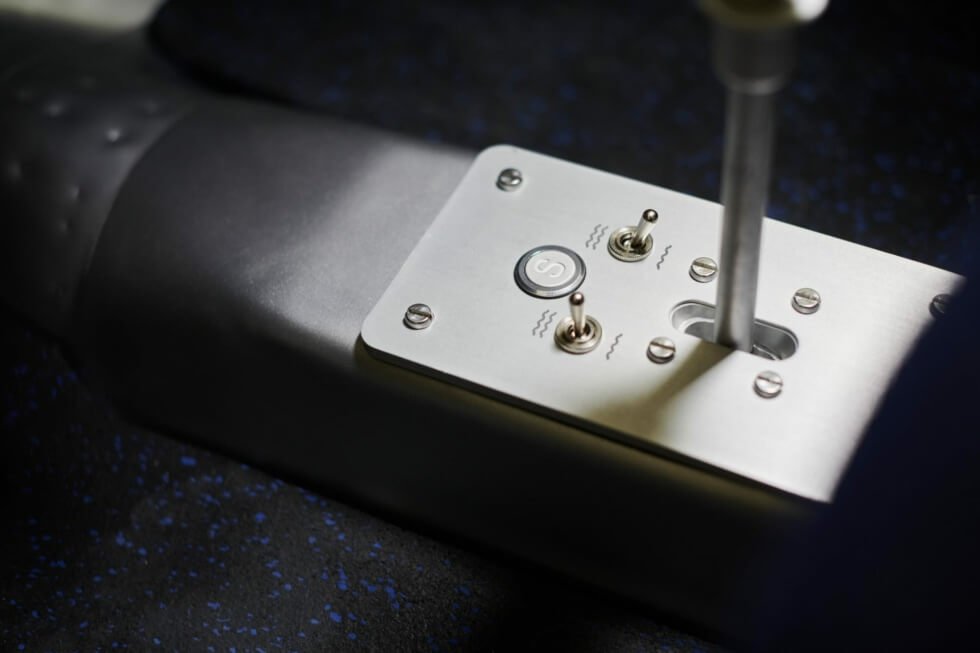 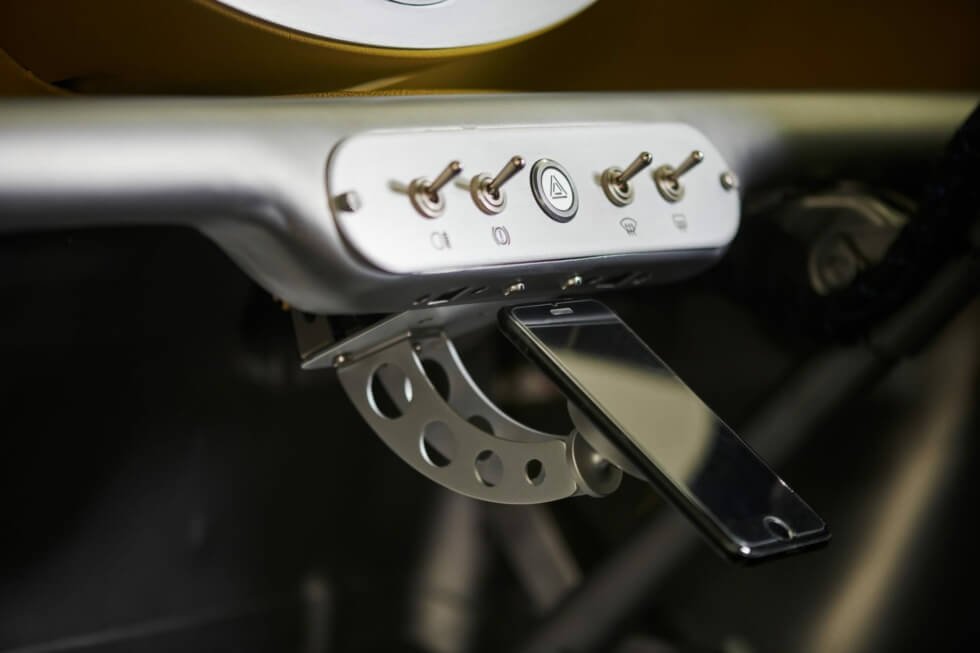 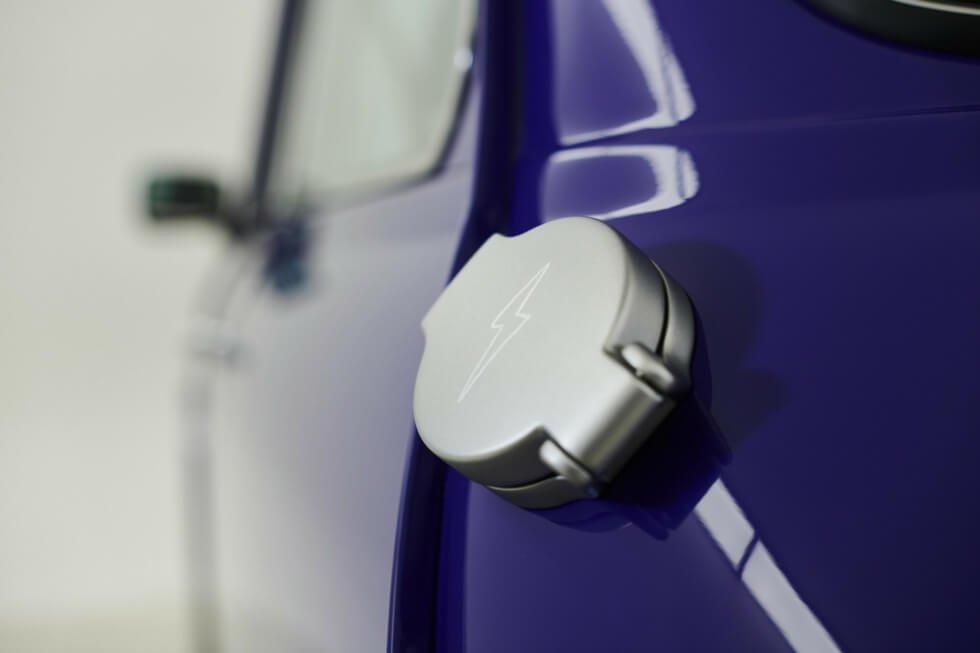 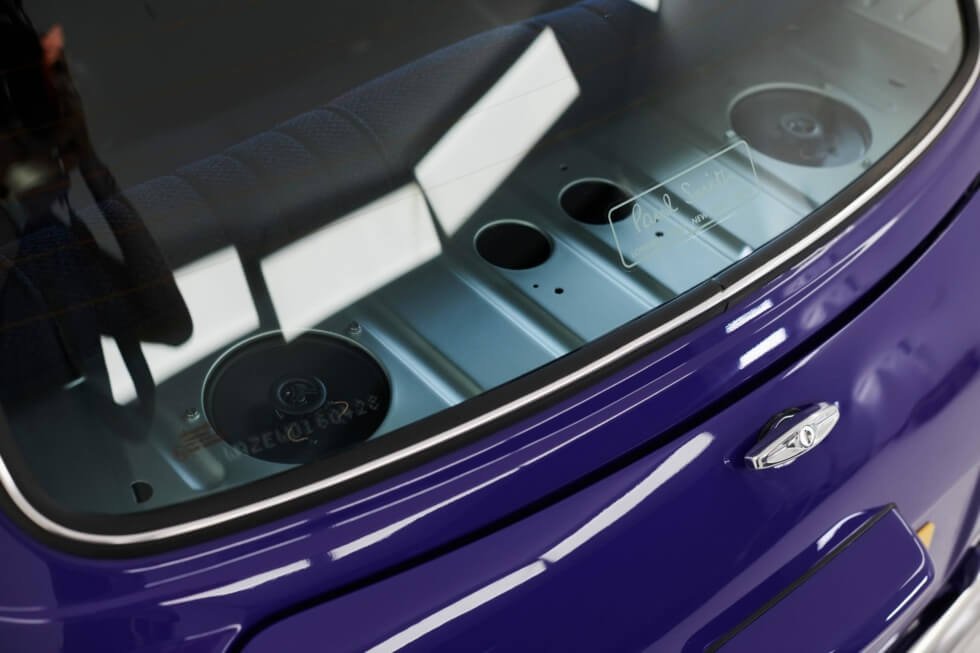 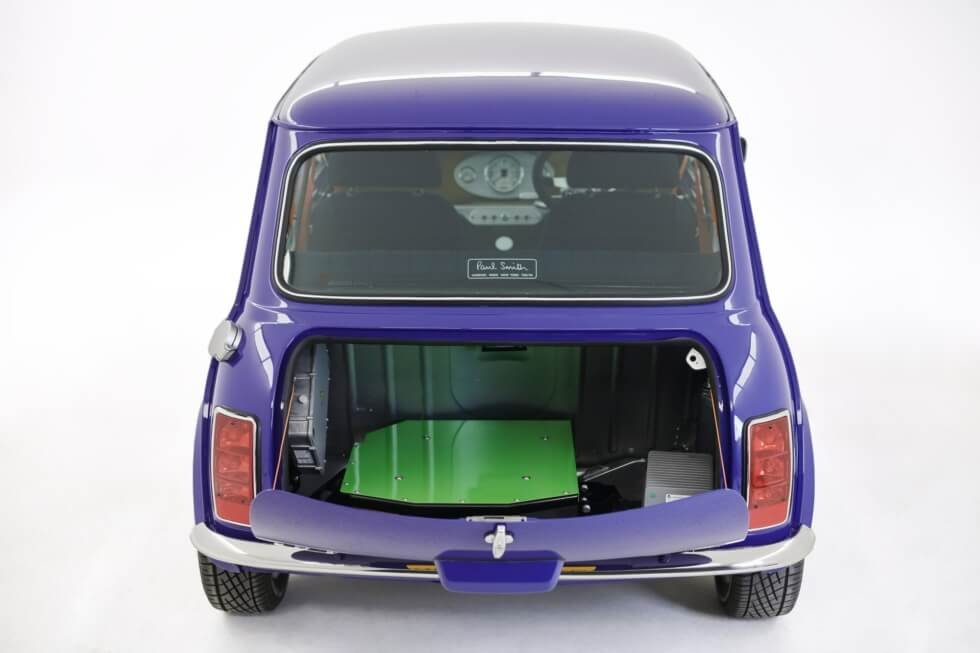 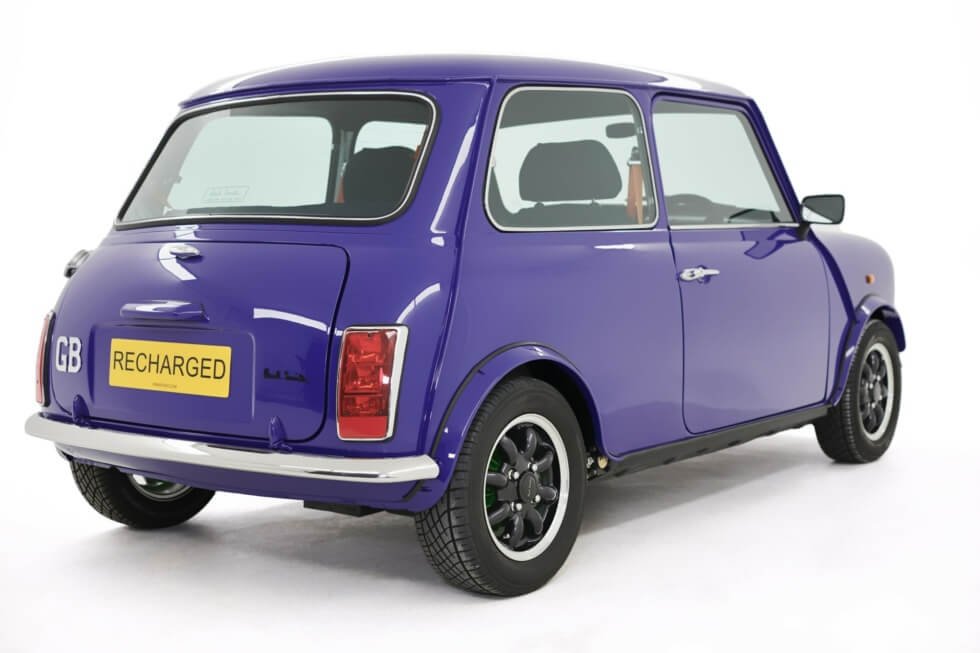 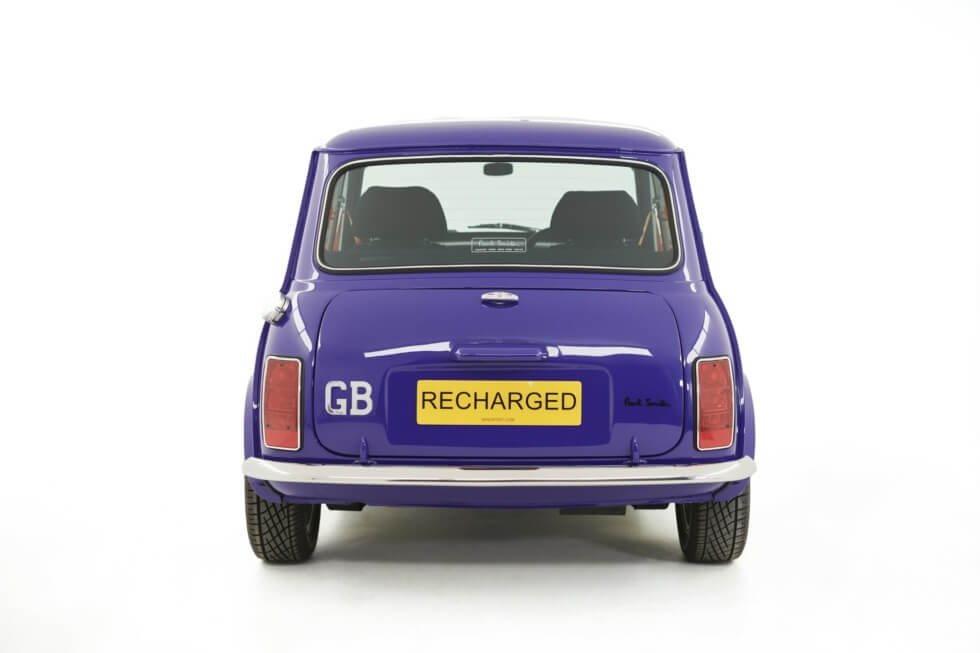