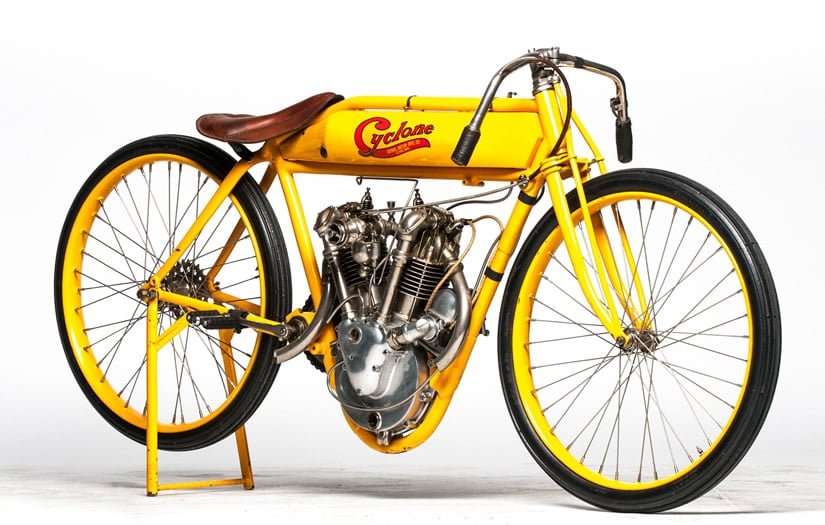 Curious to know which the most expensive motorcycles in the world are? So were we, so we started doing some research to find them and share the details with you.

We discovered that while there are plenty of prohibitively priced motorbikes in dealerships all around the globe, nothing really compares to those rare beauties that hit the auction blocks from time to time. That’s where the real gems are, and you will definitely be impressed by each and every one of them.

Flaunting an impressive number of race wins, careers in the movie industry, important and well-documented ownership histories, or other unique features, these are – for very good reasons – some of the world’s most expensive motorcycles.

This beauty was featured in the 1969 iconic counterculture film Easy Rider, which pretty much explains why it one day became the world’s most expensive Harley Davidson. Actually, according to our research, this is also the most expensive motorbike in the world. It was sold last year at auction for a whopping $1.62 million. 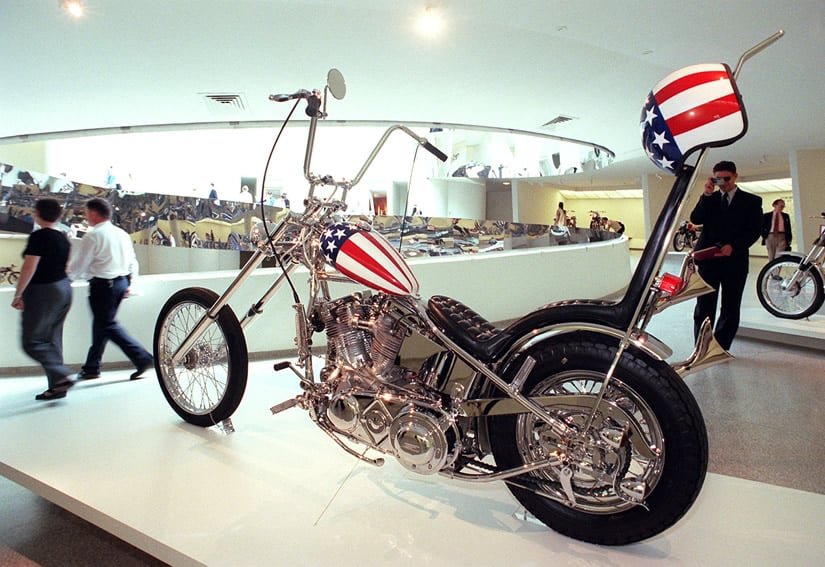 The chopper started out as a Harley-Davidson FLH police motorcycle, and it served the people of Los Angeles for quite a while before it began its career as a movie star. It went through a tough tuning process for its role as an outlaw-type of bike, and it then had the privilege of playing alongside Dennis Hopper, Peter Fonda, and Jack Nicholson, who at the time was tackling his first major role.

The film ended up becoming one of the top 100 movies of all time according to the American Film Institute. With such a backstory, the Harley is one of the most coveted motorcycles ever, as any bike collector will surely tell you. Its price is way beyond what motorbikes usually go for at auction, and we suspect it is going to hold this record for a very long time.

Before the “Captain America” Harley-Davidson Panhead became the most expensive motorcycle ever sold at auction, the title was held by this 1910 Winchester bike, which is a quite unexpected fact, given that it wasn’t even produced by a renowned motorcycle manufacturer. 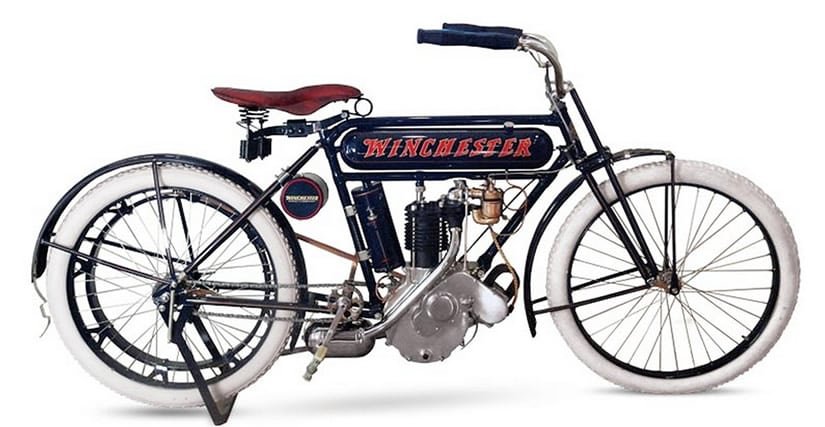 Winchester Repeating Arms Company is widely known as the manufacturer of “the gun that won the West”, and very few of us are aware that it also released 200 motorcycles between 1909 and 1911. Only two of those bikes have survived until today, and this one became a record breaker when it crossed the auction block at Worldwide Auctioneers in 2013. It was bought with $580,000. 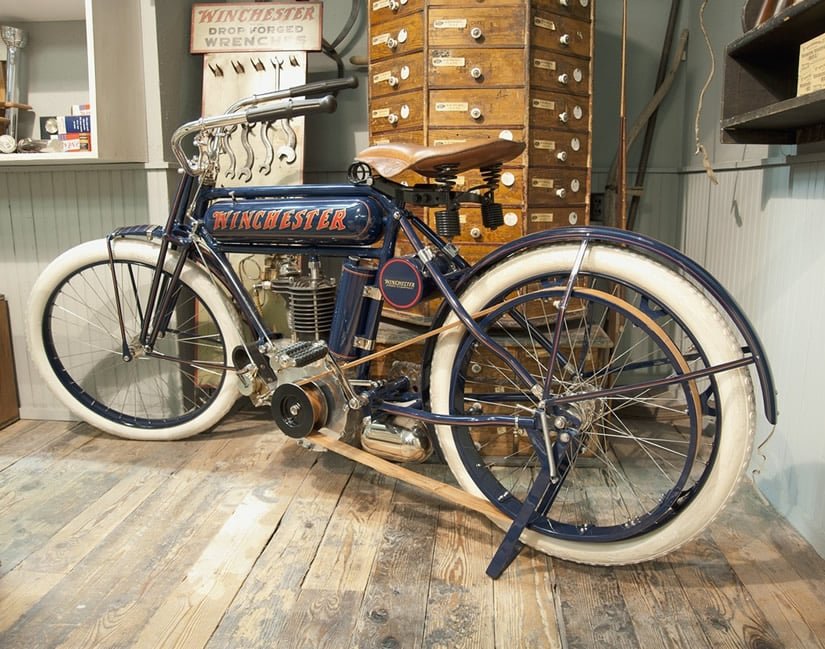 Cyclone motorcycles were rare and difficult to come by even during the brand’s short existence. Their overhead-cam, 4 valve per cylinder V-twin design and bright yellow color got the American racing world very excited at the time, and any collector will surely tell you that they still represent a highly desirable rarity today.

Powering the spectacular Cyclone motorcycle was a 996cc engine that could send it flying at 111 mph. When Mecum offered one of these beauties at a 2008 Pebble Beach auction, the bidding war must have been intense. It was eventually sold for $551,200, which was a new record price for a motorcycle at the time. 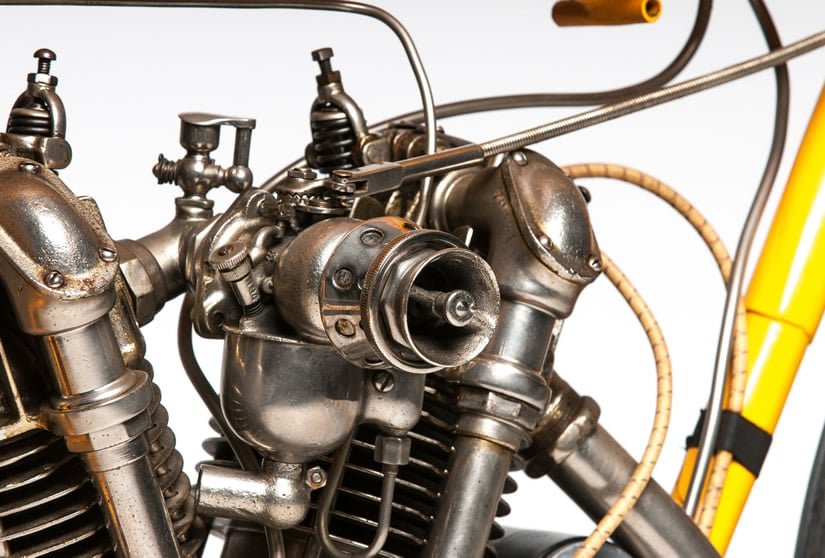 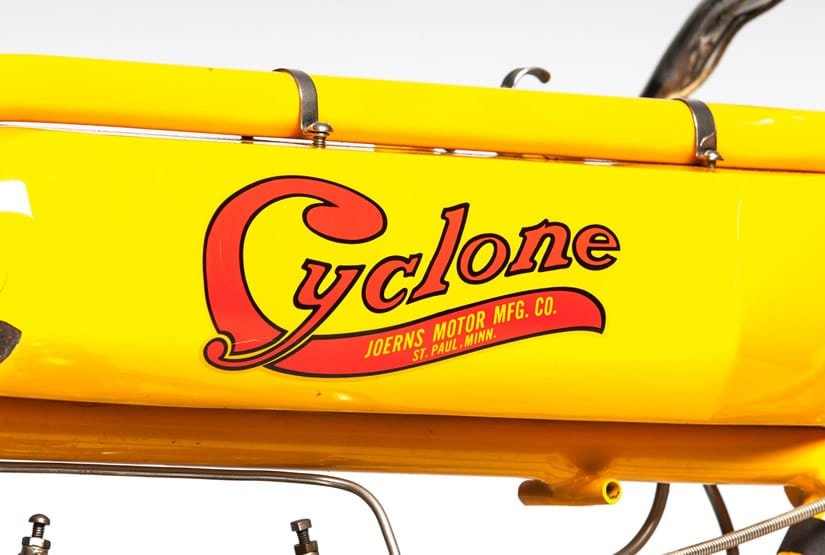 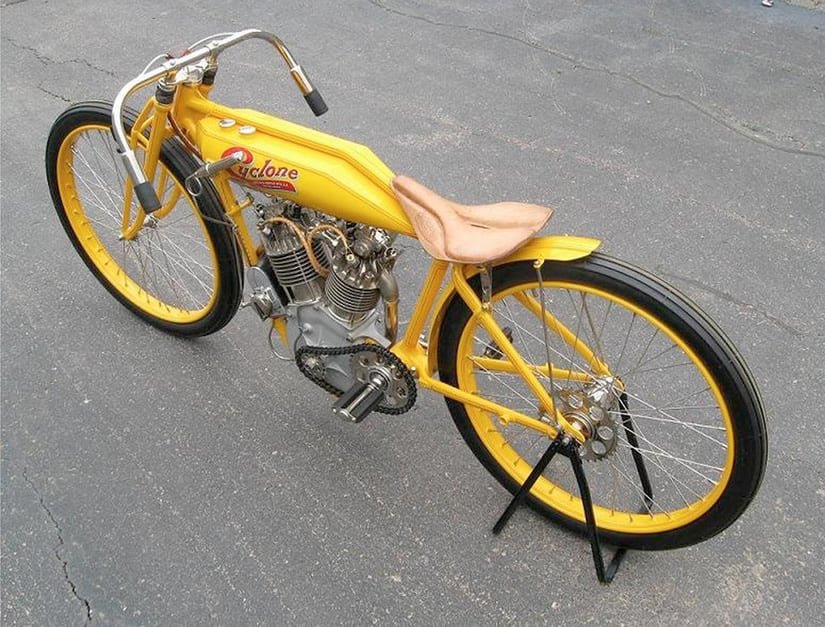 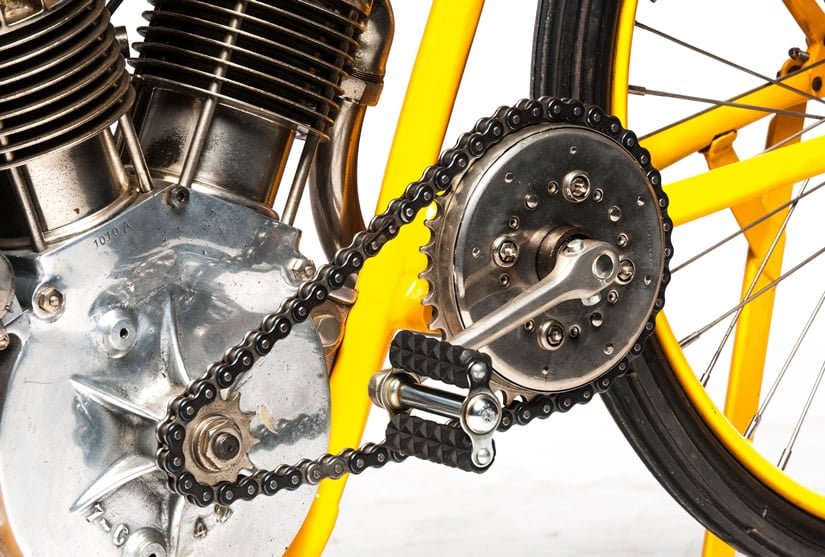 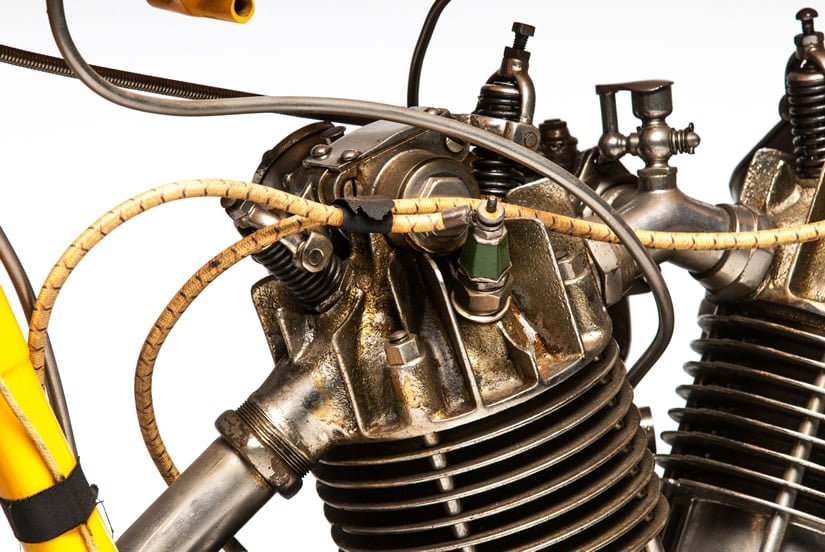 This beautiful vintage bike was inspired by the Alpine Trial, which used to be the toughest reliability event before WWI. It eventually evolved into what is now the World Rally Championship. 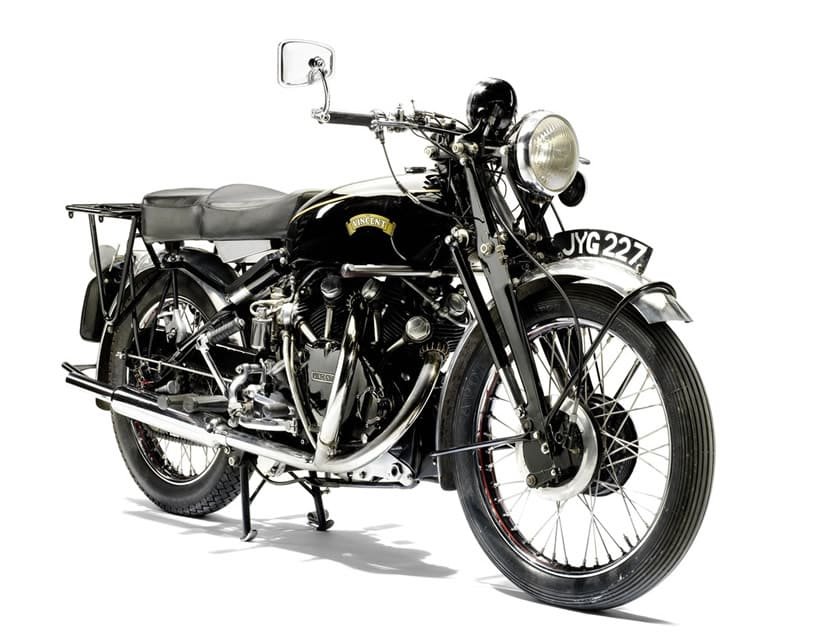 In 1925 George Brough won six trophies at the Trial riding a remarkable SS100 motorbike. Inspired by his great accomplishments, a modified version of the motorcycle was revealed the same year as a 1926 model with a small fly-screen, a lower compression ratio, and a couple of tool boxes that came as standard features. The name of this touring-suitable version of the SS100 was Brough Superior Alpine Grand Sports. 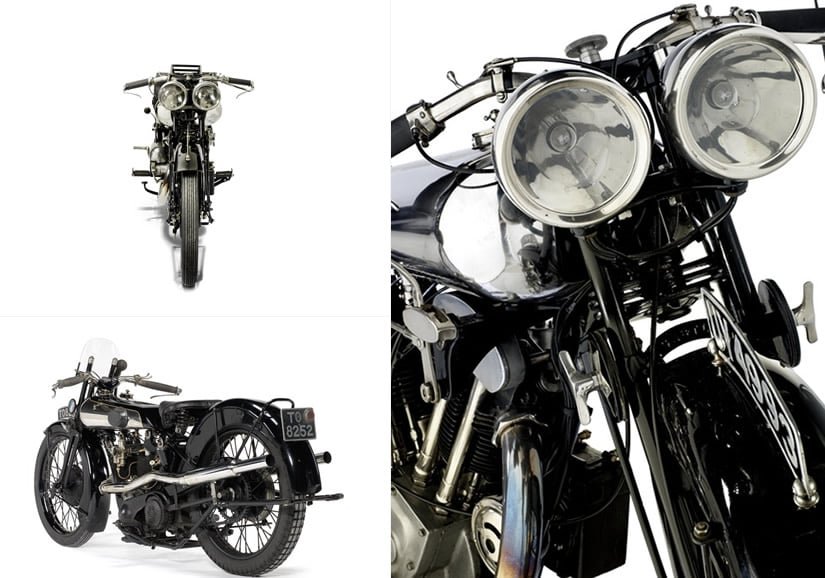 When a rare example of the motorcycle emerged on the market last year, it clearly got collectors very excited. It was eventually sold for almost $493,000 at a Bonhams auction in London.

This beauty fetched $480,000 at a 2013 Bonhams auction in Las Vegas, becoming the most expensive BMW motorcycle in the world. It was entirely custom built for Walter Zeller, a successful BMW works rider, using numerous parts that were sourced directly from the German company’s plants. 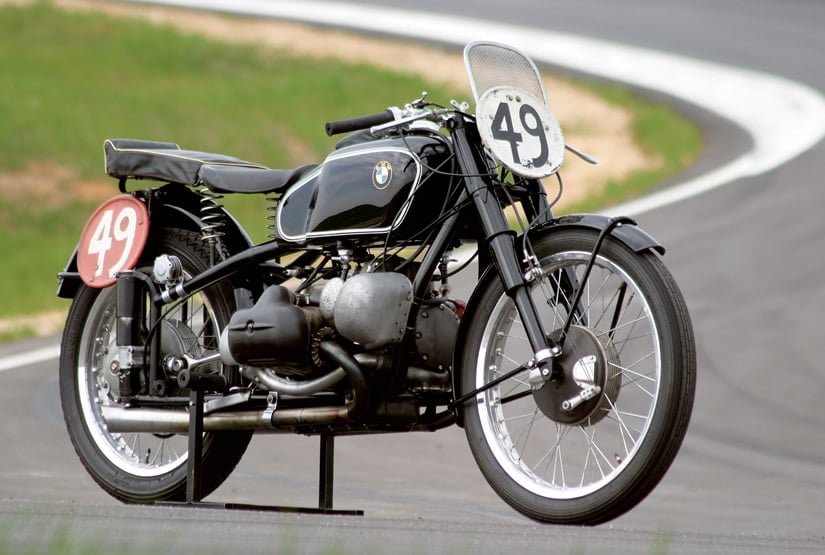 Using an original 1939 BMW RS255 Kompressor engine and plently of modified elements, the bike is a remarkable recreation of the original machine. It’s no wonder it earned a good place among the world’s most expensive motorcycles. 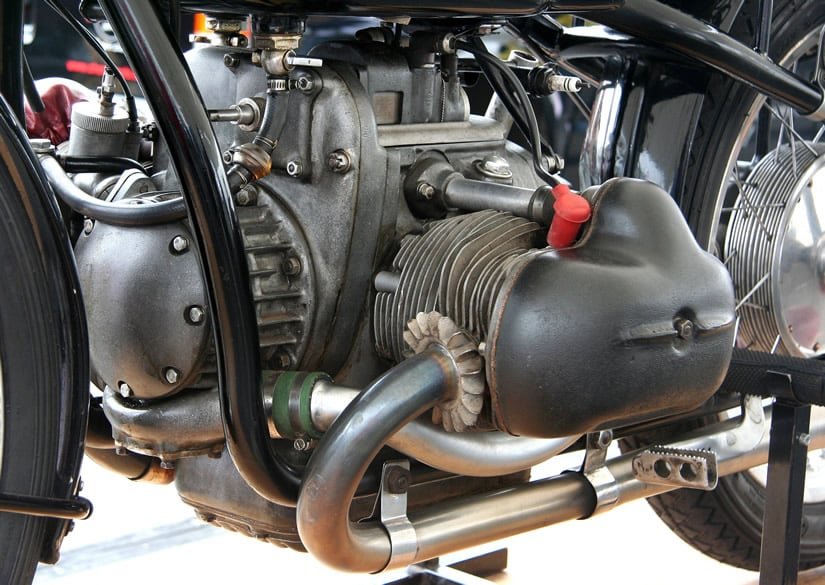 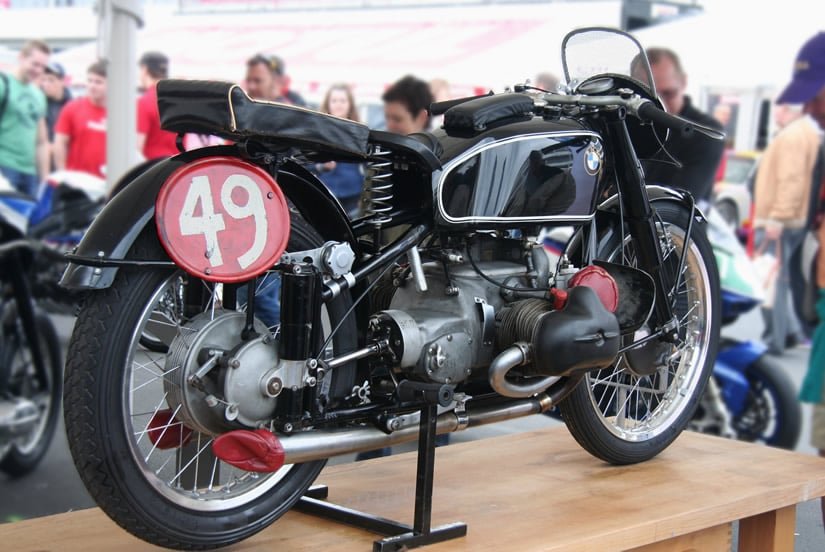 Sold by H&H Auctions in 2012, this vintage bike is also known as “Old Bill”. It was ridden to victory over 50 times by George Brough himself, which justifies a lot of its very steep price of approximately $463,850. It was sold with an impressive batch of documents that showed its remarkable history, including the fact that it used to be owned by “Titch” Allen, the renowned President of the Vintage Motorcycle Club. 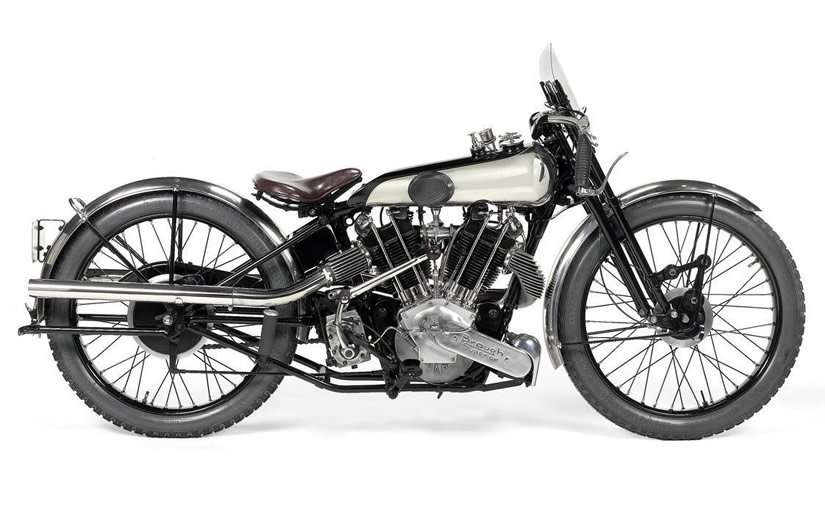 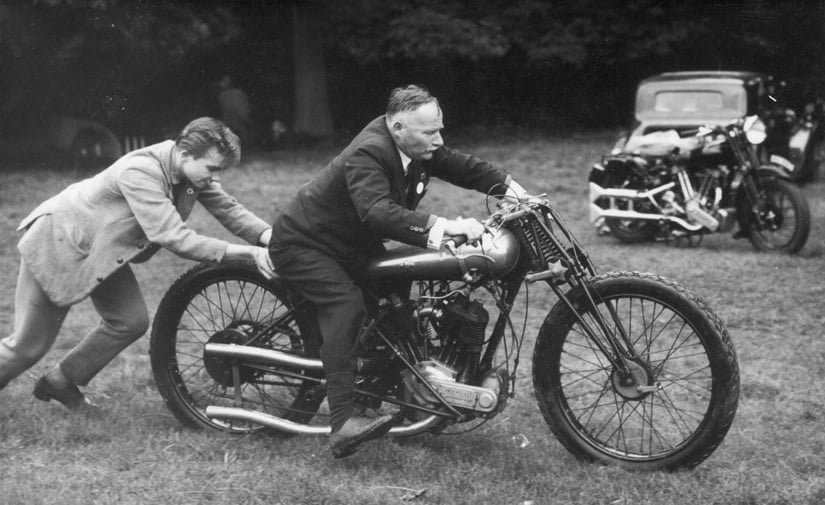 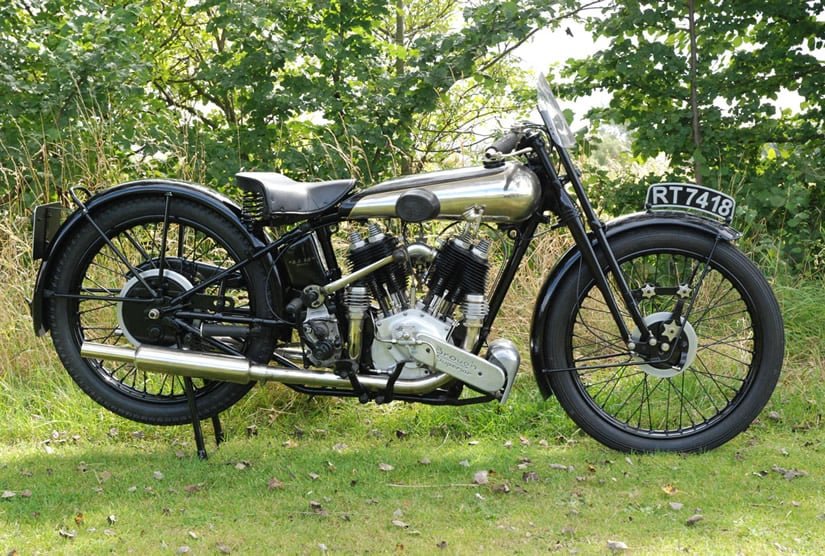 In order to reach a perfect state of authenticity, this 1926 Brough Superior SS100 ‘Alpine Grand Sports’ was carefully restored by marque specialists, who even had to give up some valuable improvements which the bike had received over the years. 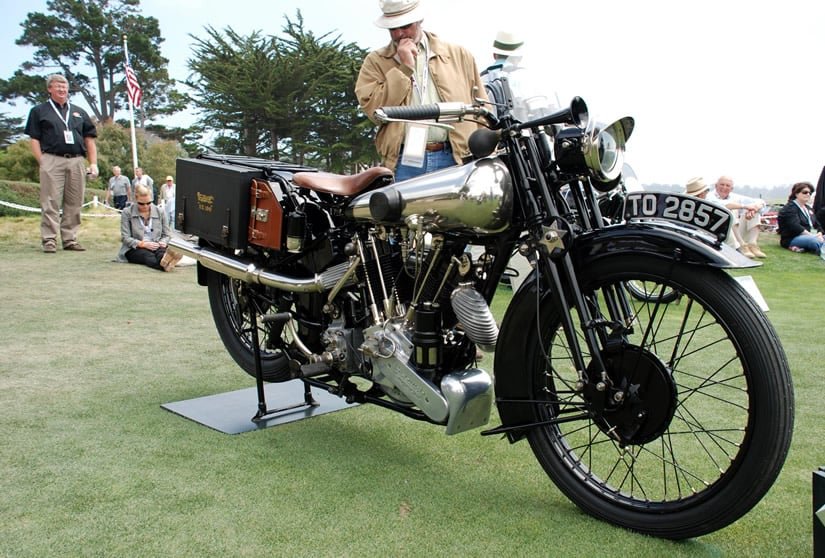 The $452,250 it fetched at an RM Auctions event in 2012 also paid for a seriously-documented ownership history, a Works Record Card, and the possibility to brag about owning a rare and truly remarkable piece of motorcycle history. 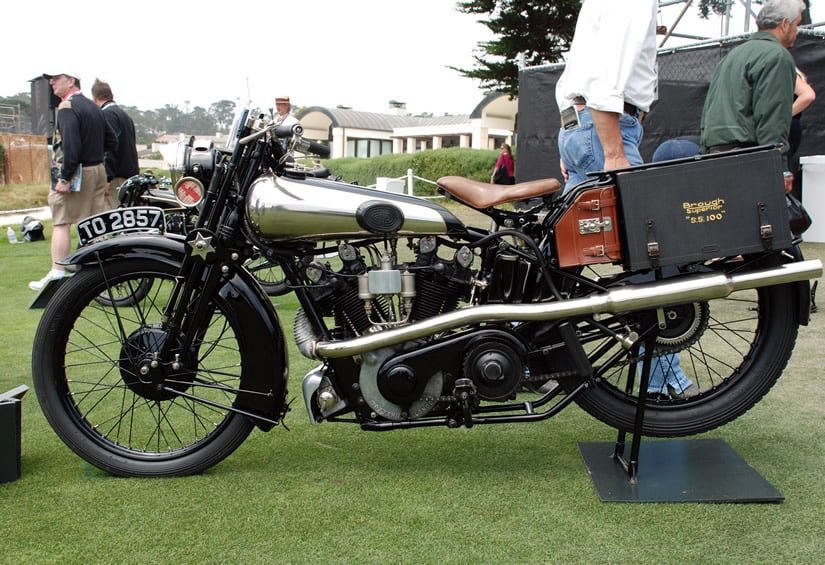 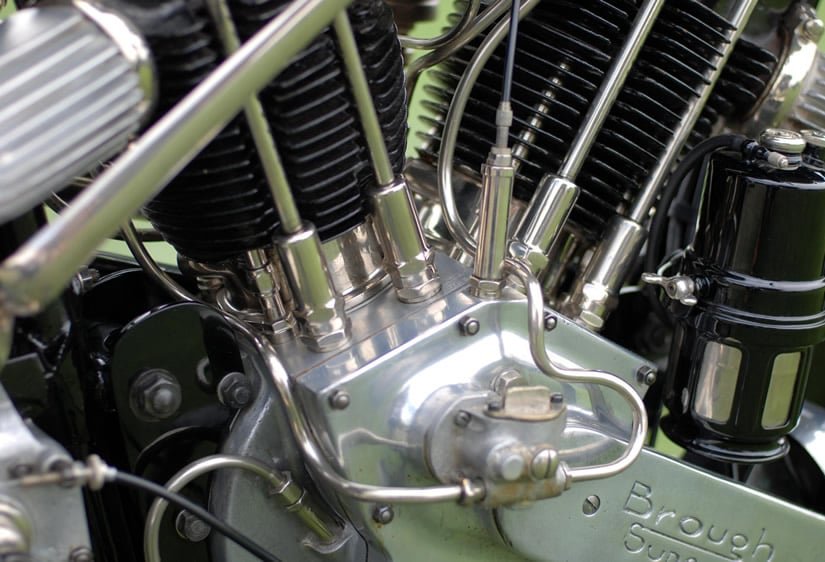 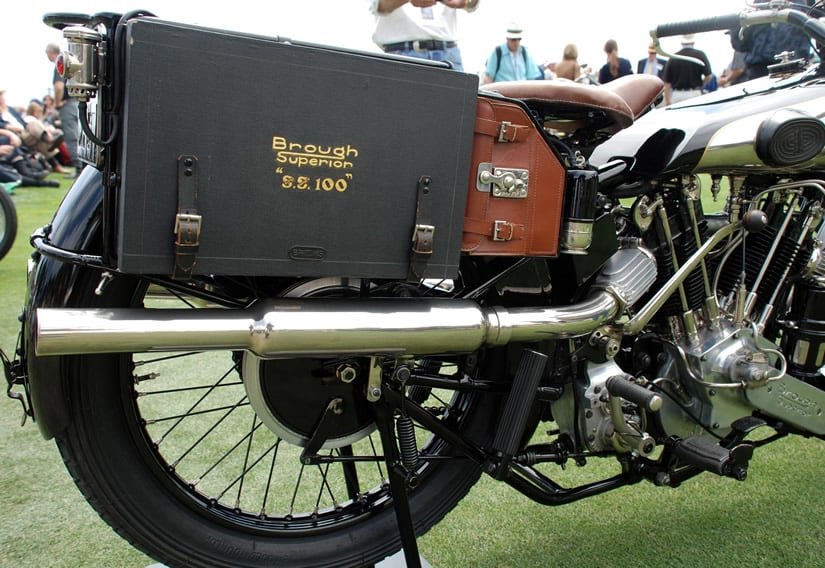