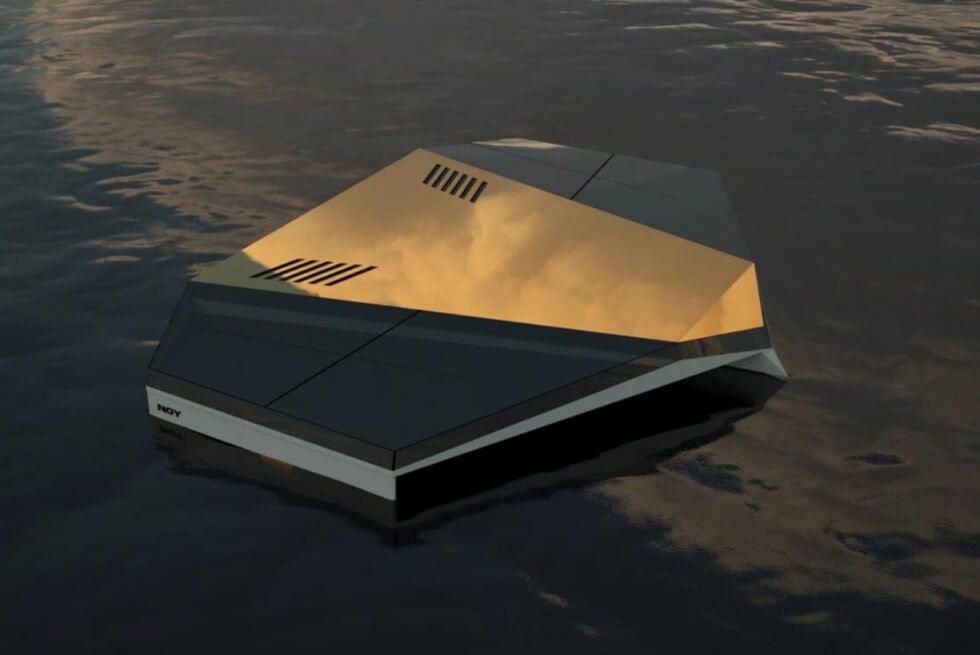 You’ve all seen the crazy 1,800-foot terayacht concept called the Pangeos right? Something avant-garde like it could only mean Lazzarini Design Studio was behind it all. With a massive outline of a sea turtle, it would purportedly take 8 years and $8 billion to build. Now we have another unique proposal dubbed the Noy from Aras Kazar.

This multi-hull project is reportedly based on a biblical vessel that saved humanity. Noah may have built the ark out of wood, but modern materials and cutting-edge technology should make the Noy as seaworthy as possible. If the world does not do something to stop climate change, we could have another devastating flood in the future.

The European yacht designer’s trimaran may not be our salvation, but it is a significant step in the ideal direction. It spans 217 feet with a combination of geometric surfaces and curves on the exterior. Its triple-hull configuration not only aids in stability even in rough sea conditions but also provides generous volumes within.

As for its eco-friendly credentials, Kazar envisions the Noy with all-electric propulsion systems. With no emissions to speak of, it should be silent yet capable of a 24-knot maximum cruising speed. What helps it reach these numbers are the integrated hydrofoils which allow it to glide through the water with minimal resistance.

Running its motors are batteries that recharge via solar panels on the roof. Even its hotel load runs on clean energy from the sun. Technically, as long as there is plenty of sunshine, the Noy can cruise virtually non-stop until it needs to resupply. Kazar is yet to share images of the interiors, but we know it has plenty of accommodations for guests and the crew.