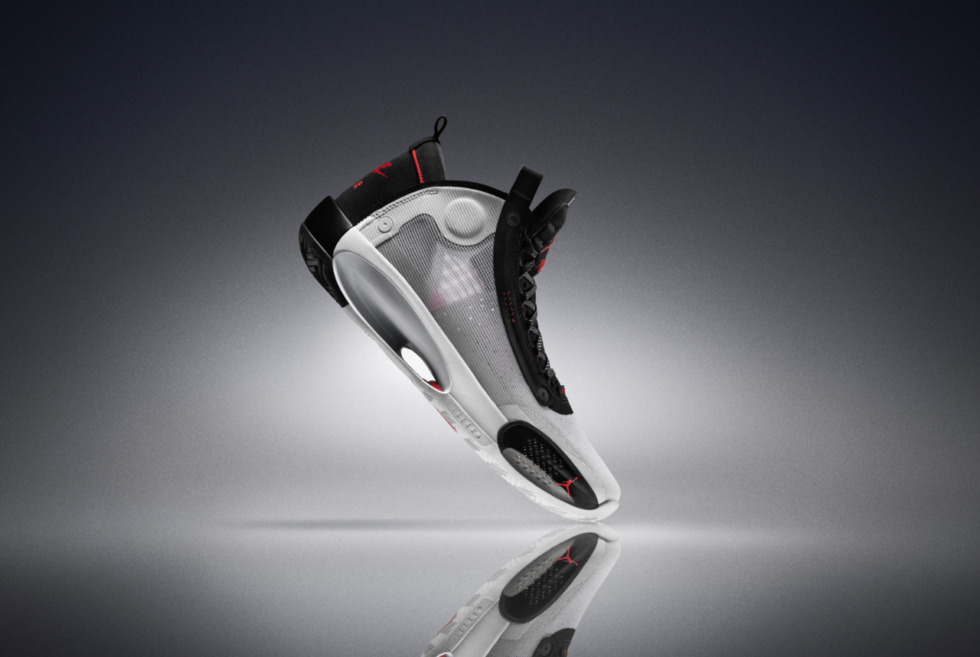 Look at the Air Jordan XXXIV, one of Nike’s most lightweight pair of kicks thus far. Its vision? To make the best basketball shoes for future stars of the vaunted sport. Says Gentry Humphrey, VP of Jordan Brand Footwear:

The Air Jordan XXXIV introduces “new, proprietary innovation” that extends the line’s game-changing legacy to a new generation of athletes. In terms of design, Nike stripped away all the unnecessary material to achieve a minimalist look. The brand took things from the tooling and upper, leaving only elements athletes will need.

Work on the new pair began with feedback gathered for the Air Jordan XXXIII, according to Jordan Brand designer Tate Kuerbis. Athletes they interviewed said they wanted improved traction and reduced weight. Those two things became Nike’s two starting points. They focused on athletes who play constantly above the rim and tried to make something more explosive than last generation’s pair.

With the Air Jordan XXXIV, you’ll find the official debut of the Jordan Eclipse Plate. This technology, consisting of two Pebax pieces and a forefoot Zoom Air unit, allows for optimal explosion off the foot. Here’s Kuerbis on the technology:

“We achieve this by thinking about the type of plate materials used and how we can harness the principal value of each element.”

Gear Up For Cold Weather With The Relwen Channel Anorak Jacket

The Relwen Channel Anorak jacket boasts a water-resistant shell, an insulated interior, and a relaxed fit to make you feel and look good.

Men need a full-spectrum wardrobe, one that allows a full range of expression through fashion on a day-to-day basis. Importantly, casual men’s outfits should be the key part of your…

Eco-minded adventures have NAGLEV to thank for the tough yet sustainable construction of the UNICO COMBAT WATERPROOF outdoor boots.