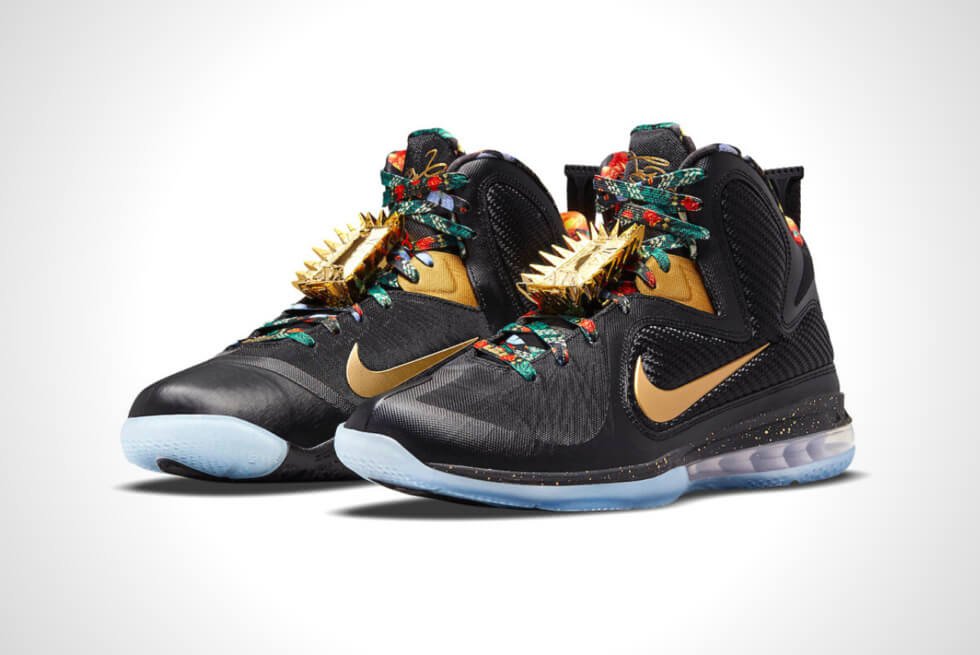 It’s always amazing to see how music can influence creative minds to express their art in different ways. Take for example the legendary 2011 collaborative studio album between Kanye West and Jay-Z. Nike’s design team came up with the LeBron 9 “Watch The Throne” which is appropriate given the cover athlete’s “King” nickname.

If you missed out the first time, it’s back as a retro. Given the insanely exclusive release of the original, it’s an awesome surprise that people can now cop the reissue. Moreover, we can experience what it’s like to actually slip on the kicks. After teasing it in 2021, the LeBron 9 “Watch The Throne” is finally out this 2022.

The silhouette arrives in a predominantly black/gold colorway with other chromatic elements added to the mix. The basketball shoes sport a black Hyperfuse mesh. This transitions to a faux carbon-fiber weave toward the heel section. We would have been fine with just the murdered-out color scheme but Nike has other plans.

Next are the golden elements to give the otherwise dark tone of the LeBron 9 “Watch The Throne” a visual break. You’ll see it on the upper eyelet panels, swooshes, tongue lettering, and plaques on the heels. We then have a speckled midsole and Air unit. Next up are the floral graphics on the inner linings and laces.

A golden custom lace lock supposedly represents the album artwork of the shoe’s namesake. Finally, there is the icy blue outsole that forms a perimeter around the black patch in the middle. The Nike LeBron 9 “Watch The Throne” is now available and won’t stay that way for long. 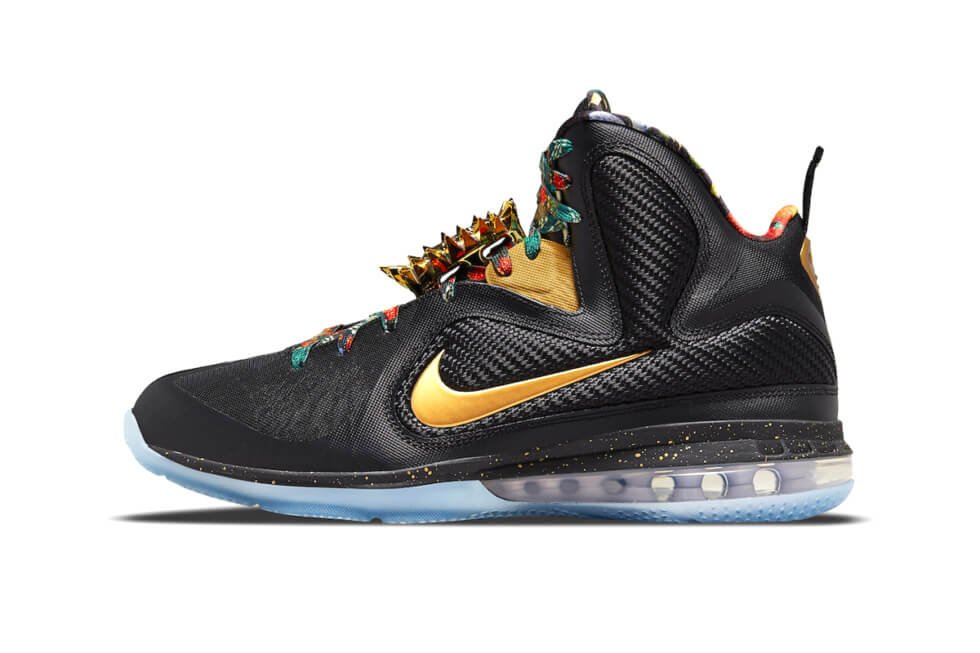 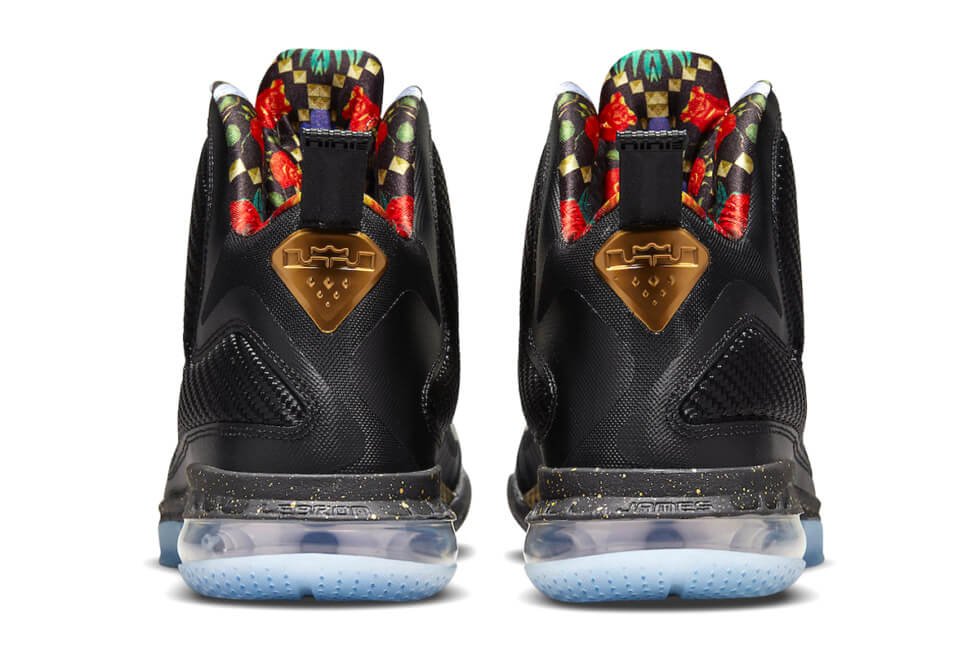 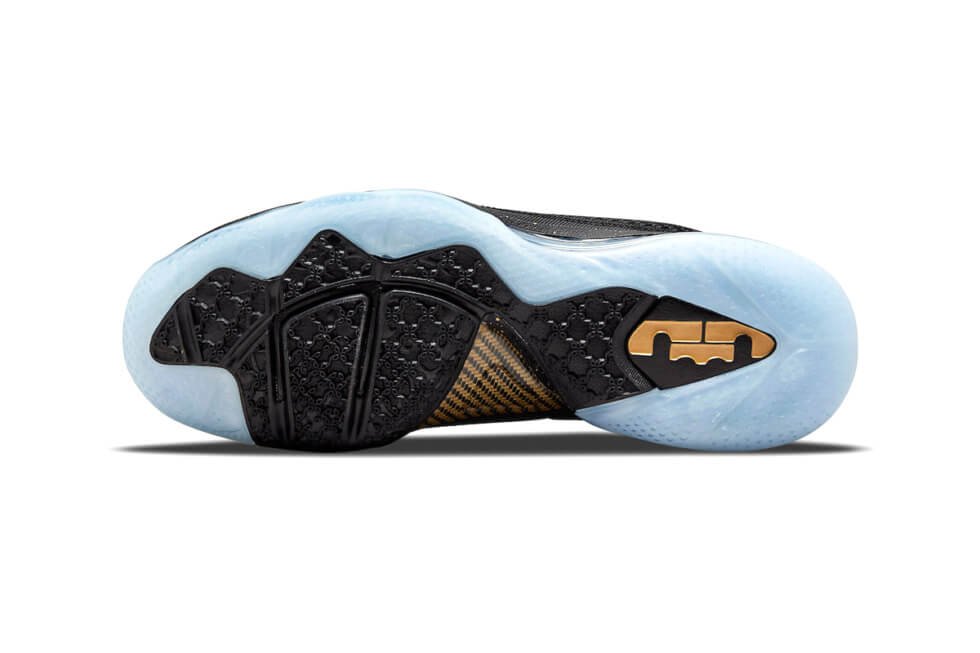 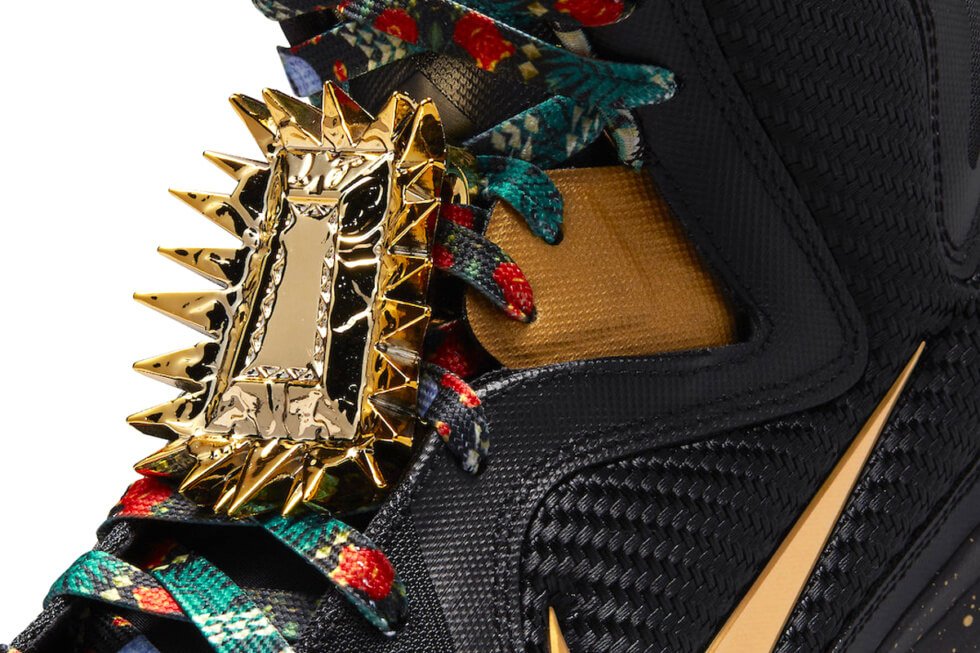 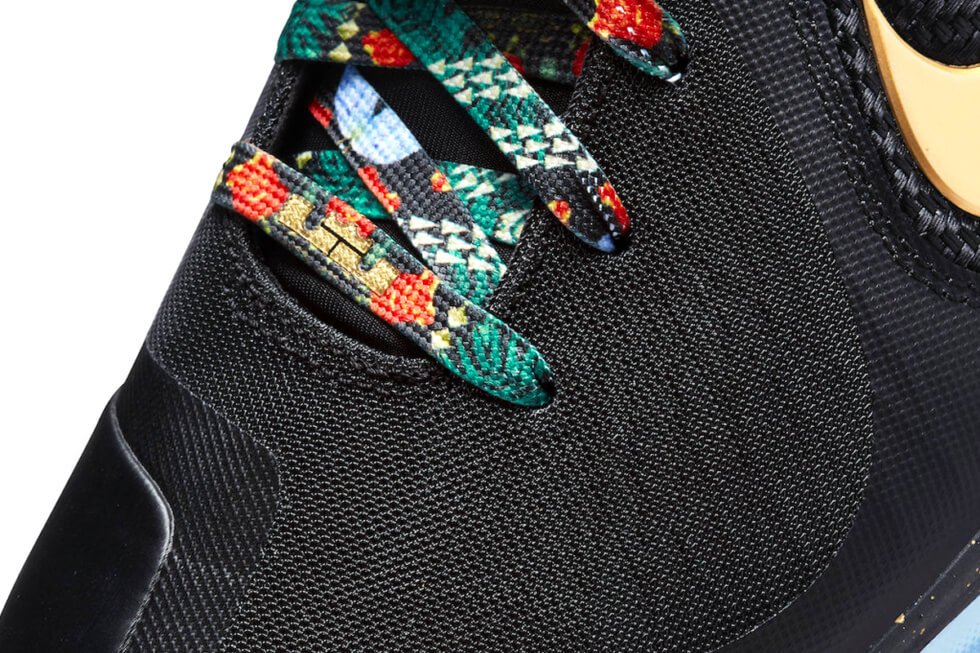 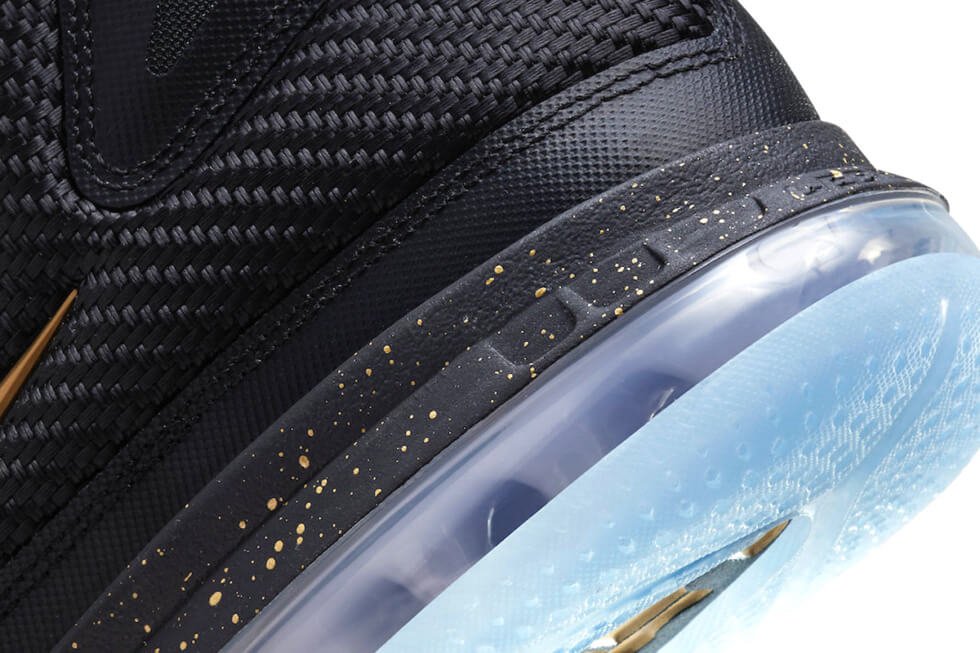 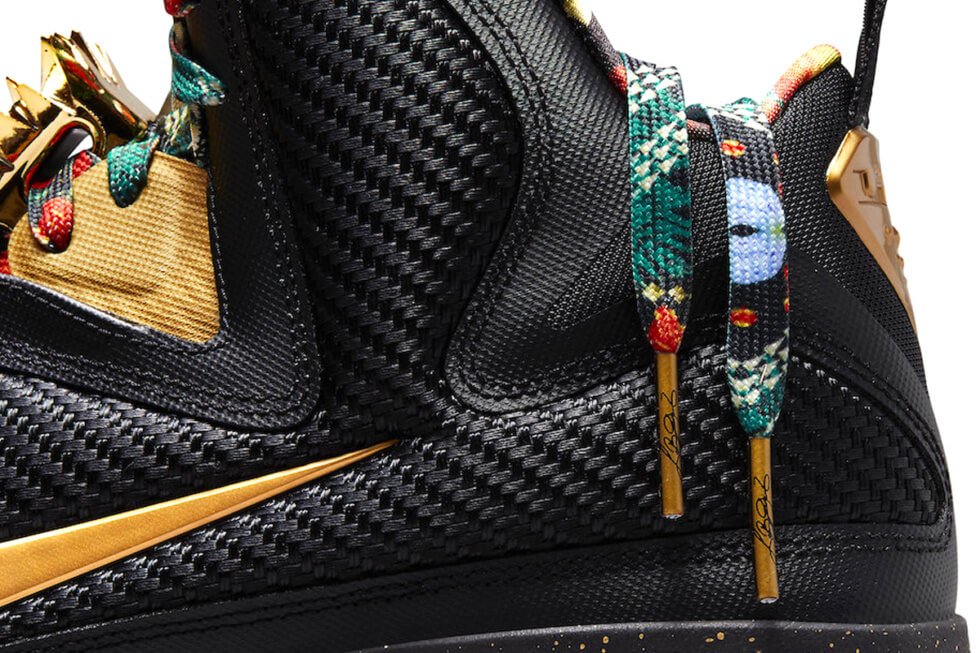 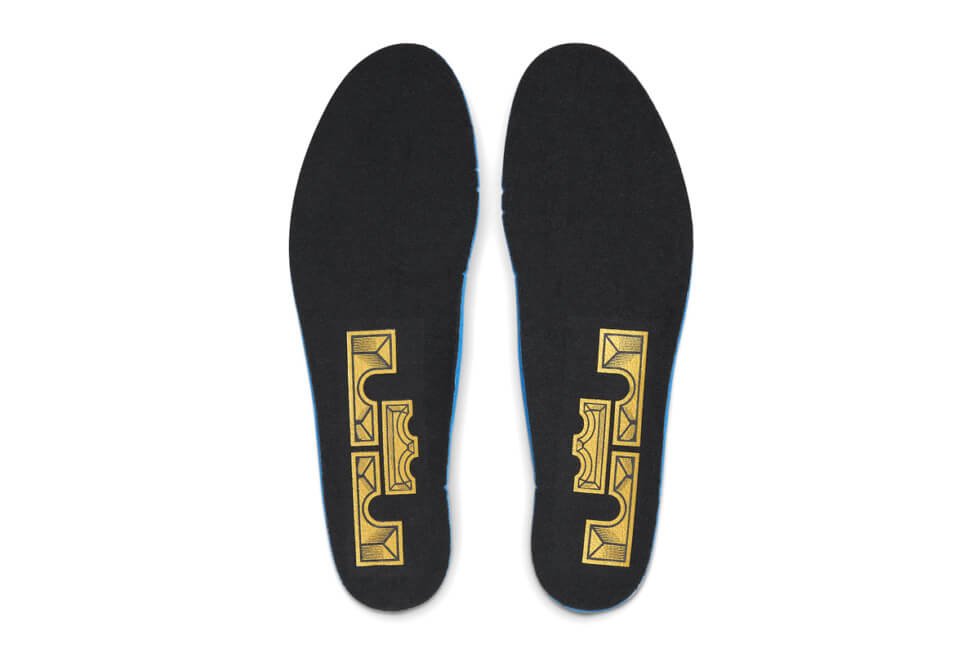 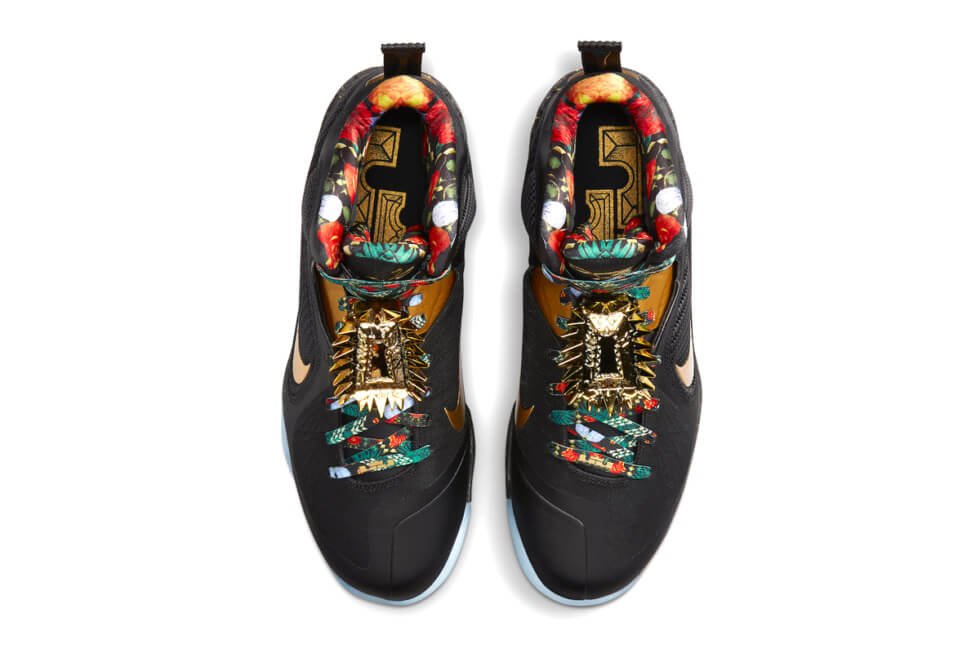 Off-White™ c/o Victorinox comes in hard-wearing white Corian scales and boasts a design that revolves around the story of Adam and Eve.

Relwen's Flyweight Flex Short comes in a breathable and lightweight construction made from 97% cotton, 3% spandex shell with a reverse side made from lightweight sateen twill at 190 gsm.

GR10K x Salomon Quest Low: Gear Up In Style For The Trails And The Streets

The official release date and pricing for the GR10K x Salomon Quest Low are yet to be announced, but pairs are supposedly hitting some retailers now.