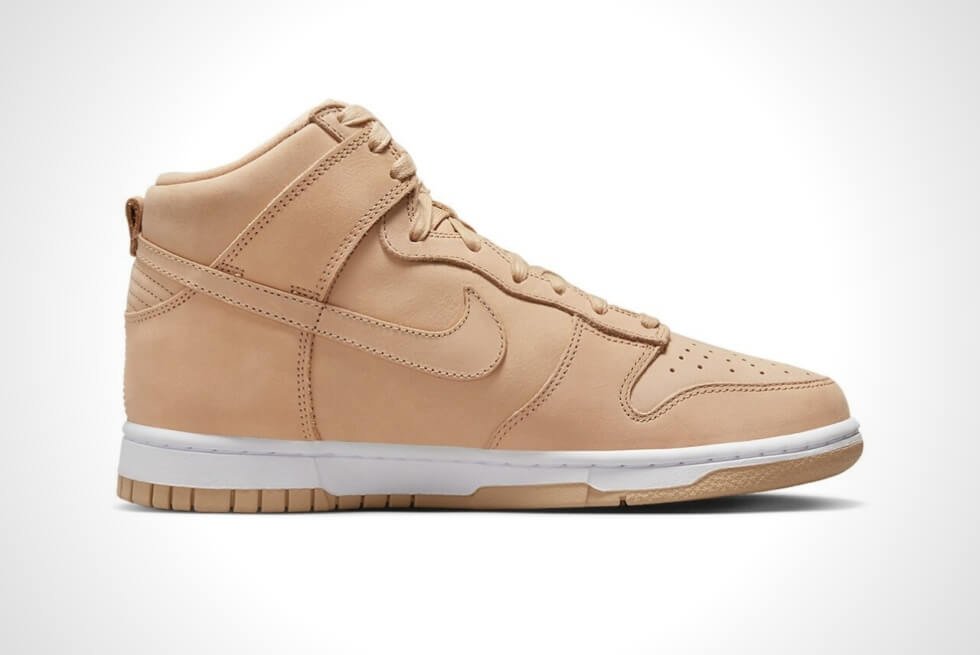 Nike has been dishing out fancy collaborations left and right since the year started. Sometimes, the sports apparel manufacturer also taps into its team of creatives to see what would look good on their established silhouettes. Among the many kicks that regularly receive limited edition versions, it takes the Dunk High and gives it a full Vachetta Tan makeover.

Early last month, the outfit operating out of Beaverton, Oregon dropped details on the Dunk High LXX. Although the Vachetta Tan makes an appearance here, it appears as the base of the leather upper accompanied by overlays, laces, and outsoles in black.

The Swooshes are in a slightly darker shade of brown to contrast the chromatic combo. Soon thereafter, the footwear scene was buzzing with talks of a follow-up that brings back more of the highly sought-after hue. It seems suspicions are on point as sneakerheads can finally grab the Dunk High in tonal Vachetta Tan.

We must say that it’s some of the classiest takes on the beloved silhouette. Nike needs to consider this approach with other items in its catalog. Those expecting one or more contrasting hues are out of luck. Instead, the only part that breaks the theme is the midsole and its stitching which comes in white. Other than that, the warm palette is all over the place.

Keep in mind that this is in no way a collaboration of any kind with Ryo Kashiwazaki’s Hender Scheme. This Nike Dunk High has Vachetta Tan for days! It’s on the base upper, overlays, mudguards, lace cages, laces, tongue, heel, heel pull tab, lining, Swooshes, and sockliner. There’s no word yet on the release date. 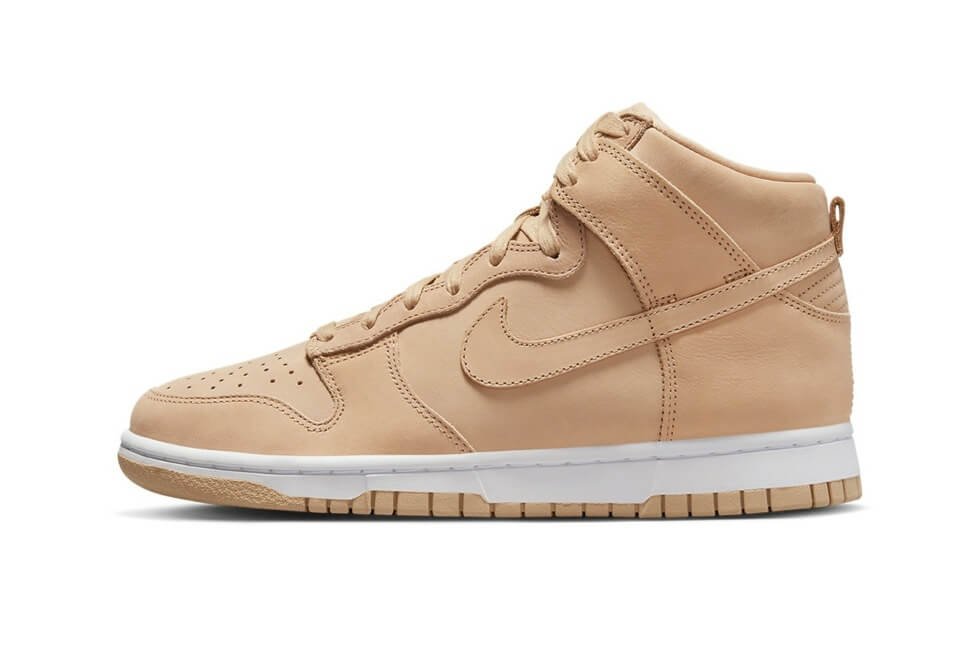 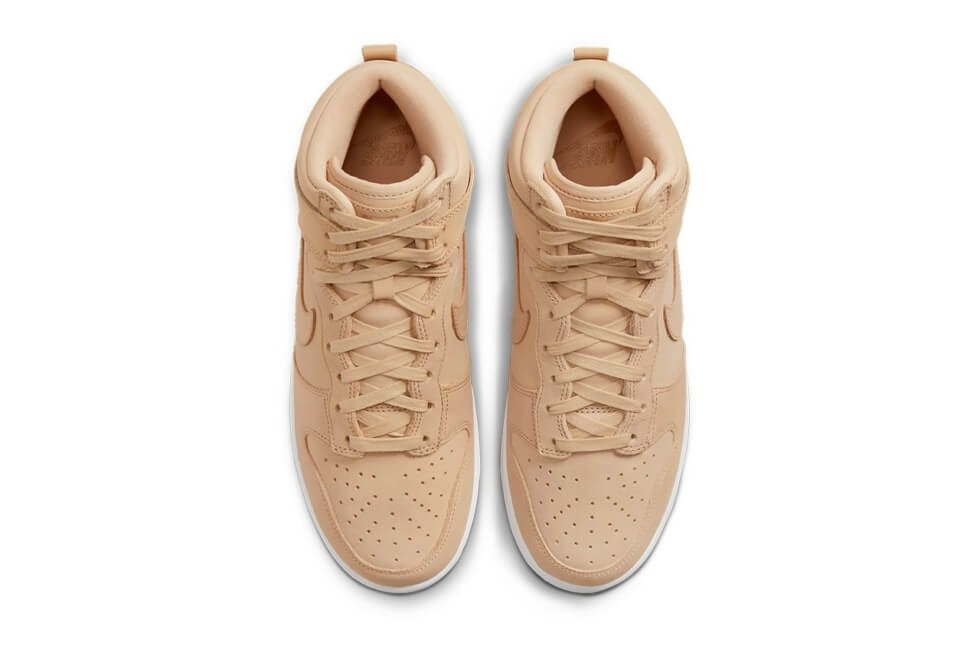 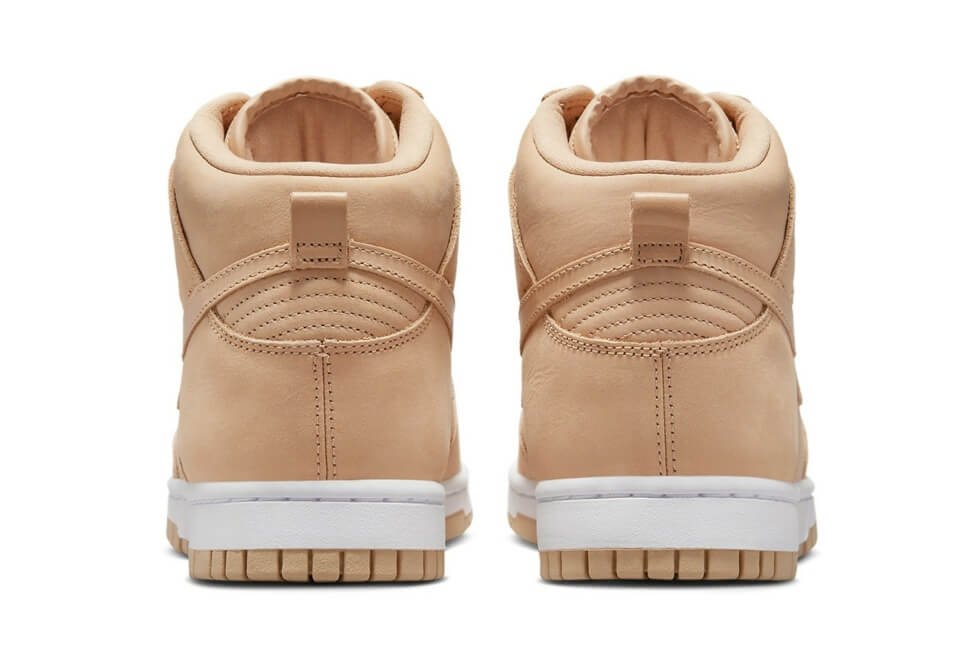 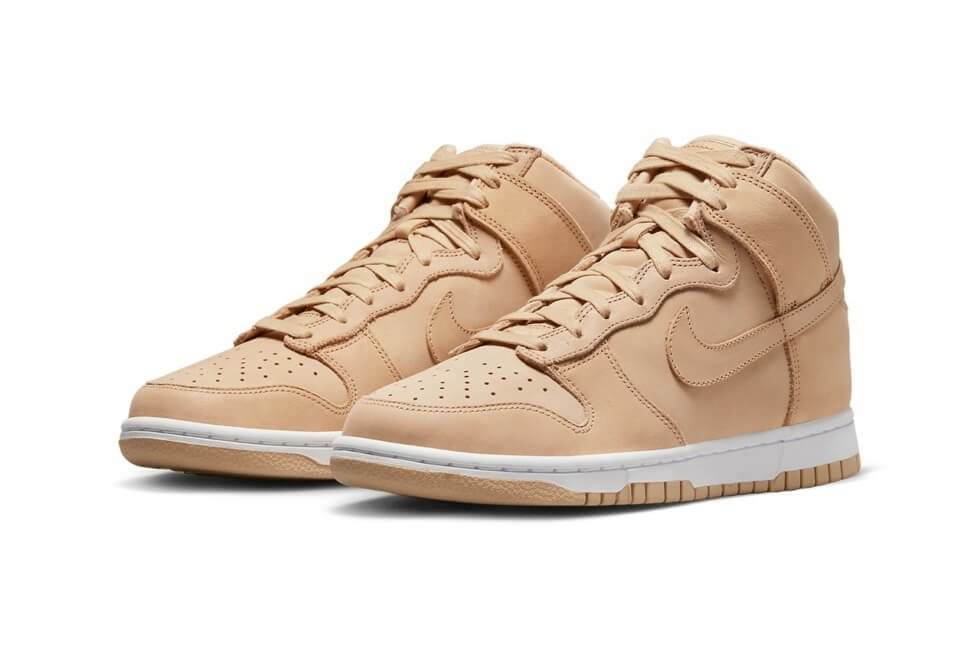 Filson's Tin Cloth Field Jacket is water and abrasion resistant thanks to its oil-finish Tin Cloth material and has Mackinaw Wool lining for warmth.