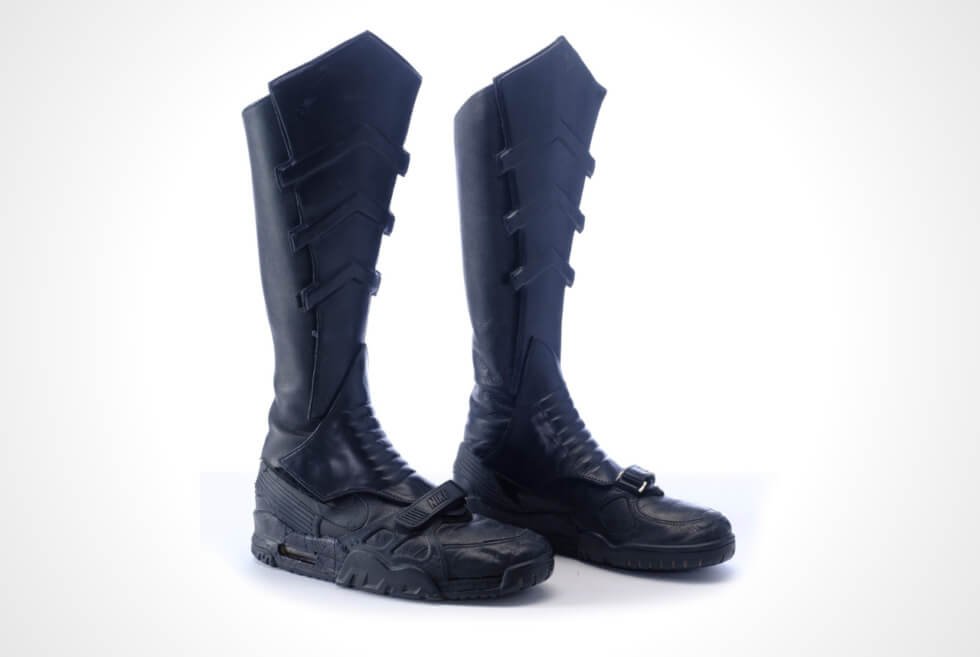 The Nike Air Trainer Bat Boots worn by Michael Keaton in Tim Burton’s “Batman” is now up for auction with an expected selling price of $20,000 up to $30,000 USD. The custom footwear comes with black leather Nike Air Trainers as a base and features Nike Air logos on the heels, and black rubber soles with the Nike and Air Trainer logos.

They also come with black leather and fastening strip straps with the Nike logo and a metal adjuster. The black leather collars extend upward towards the knee. There are additional leather pieces atop the leg that serves as armor plating. The boots feature early in the movie when Batman apprehended two armed robbers while patrolling the streets at night.

Unfortunately, the Nike Air Trainer Bat Boots are unwearable because of their delicate state. These boots are after all 33 years old, so it comes with the customary signs of aging in Nike shoes including the cracked leather and crumbling midsole. They have undergone minor restoration and stabilization of the soles. Whoever buys them would not be able to recreate Keaton’s iconic scenes from the film.

Now, you might wonder why these kicks were in the film at all as they don’t align with the 1940s’ wingtips and double-breasted suits, the fedoras, and the trenchcoats. Keaton only wore them to satisfy a product deal “Batman” producer Jon Peters made with Nike. Legendary Nike designer Tinker Hatfield created the pair for free to further the brand’s influence in pop culture.

The Nike Air Trainer Bat Boots were not just a prop as they were designed so Keaton and his stunt doubles can perform action stunts with them on. As such, they were also performance footwear. 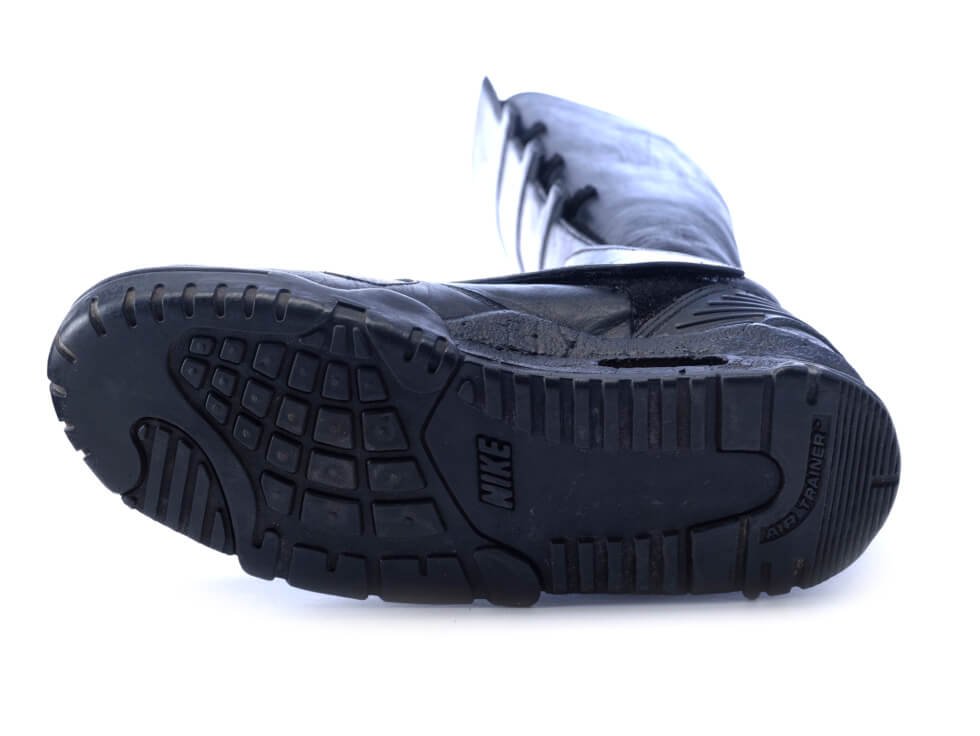 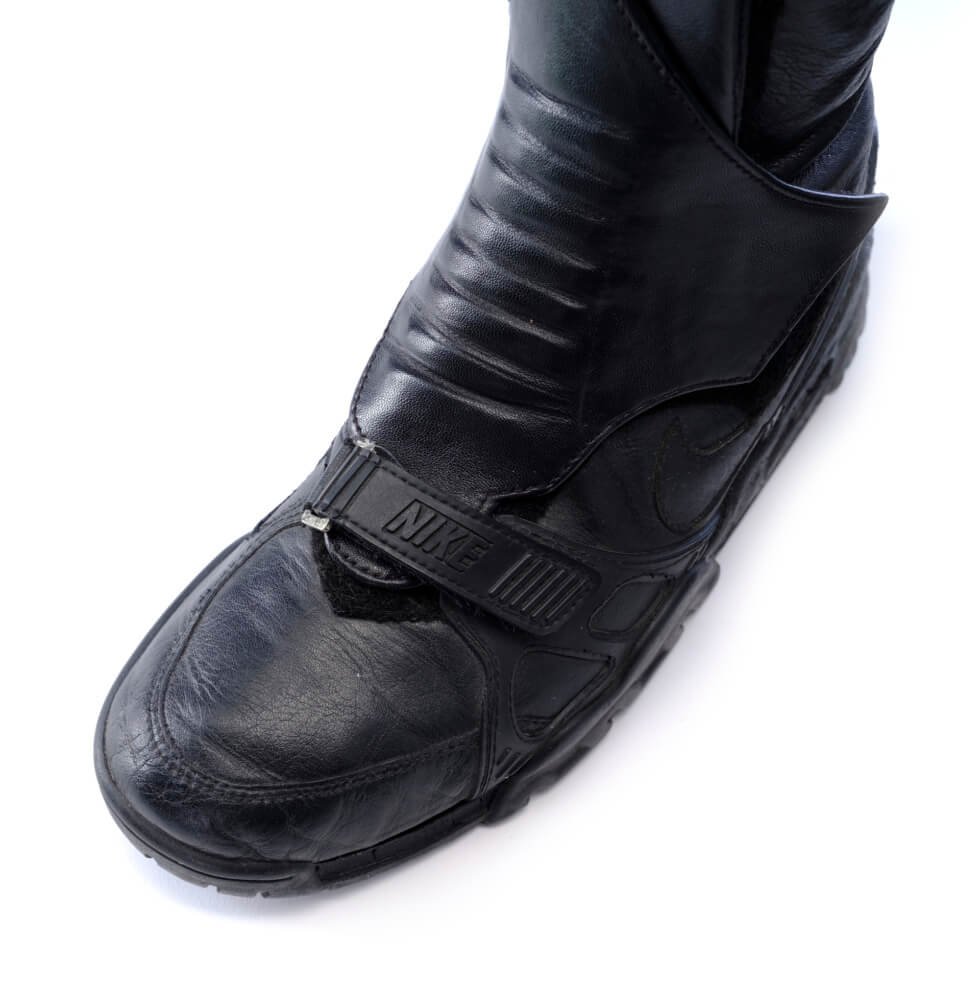 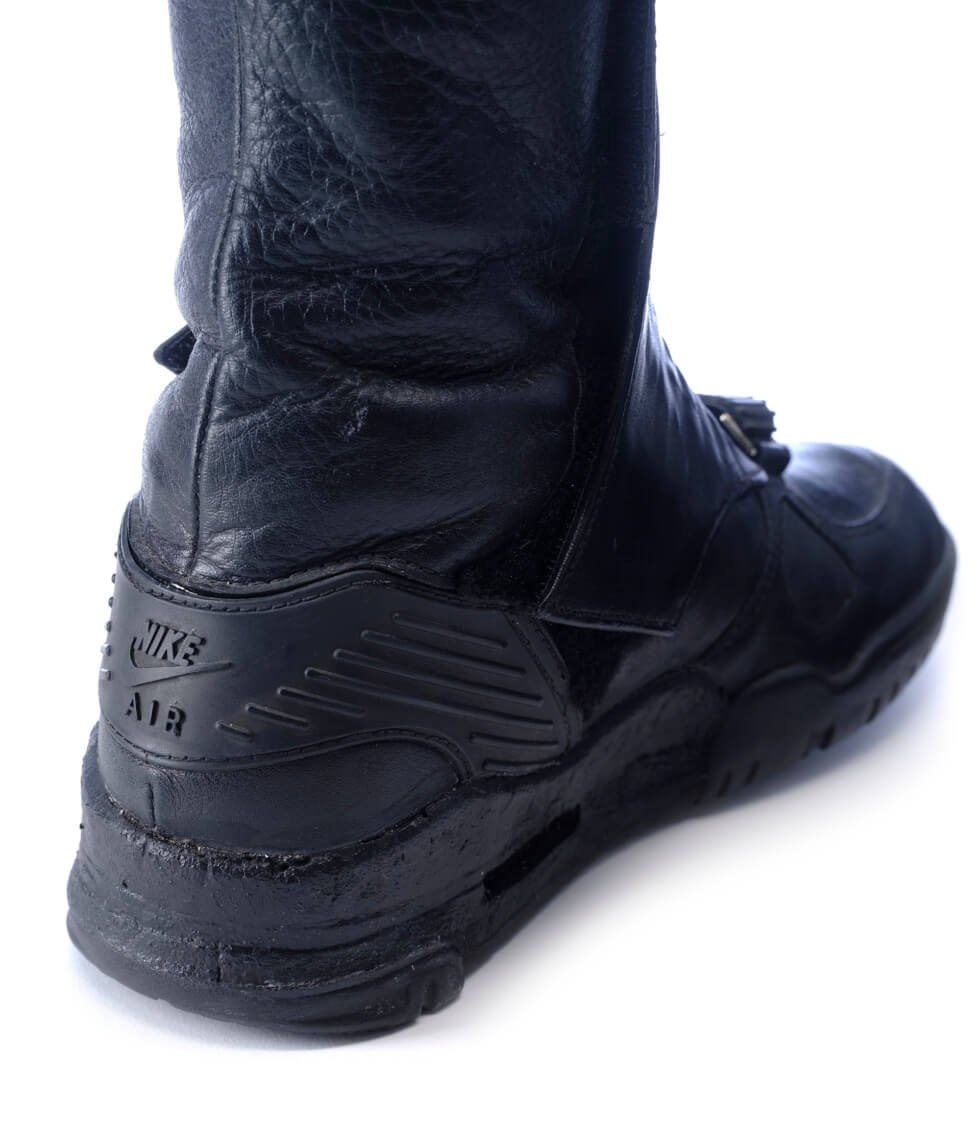 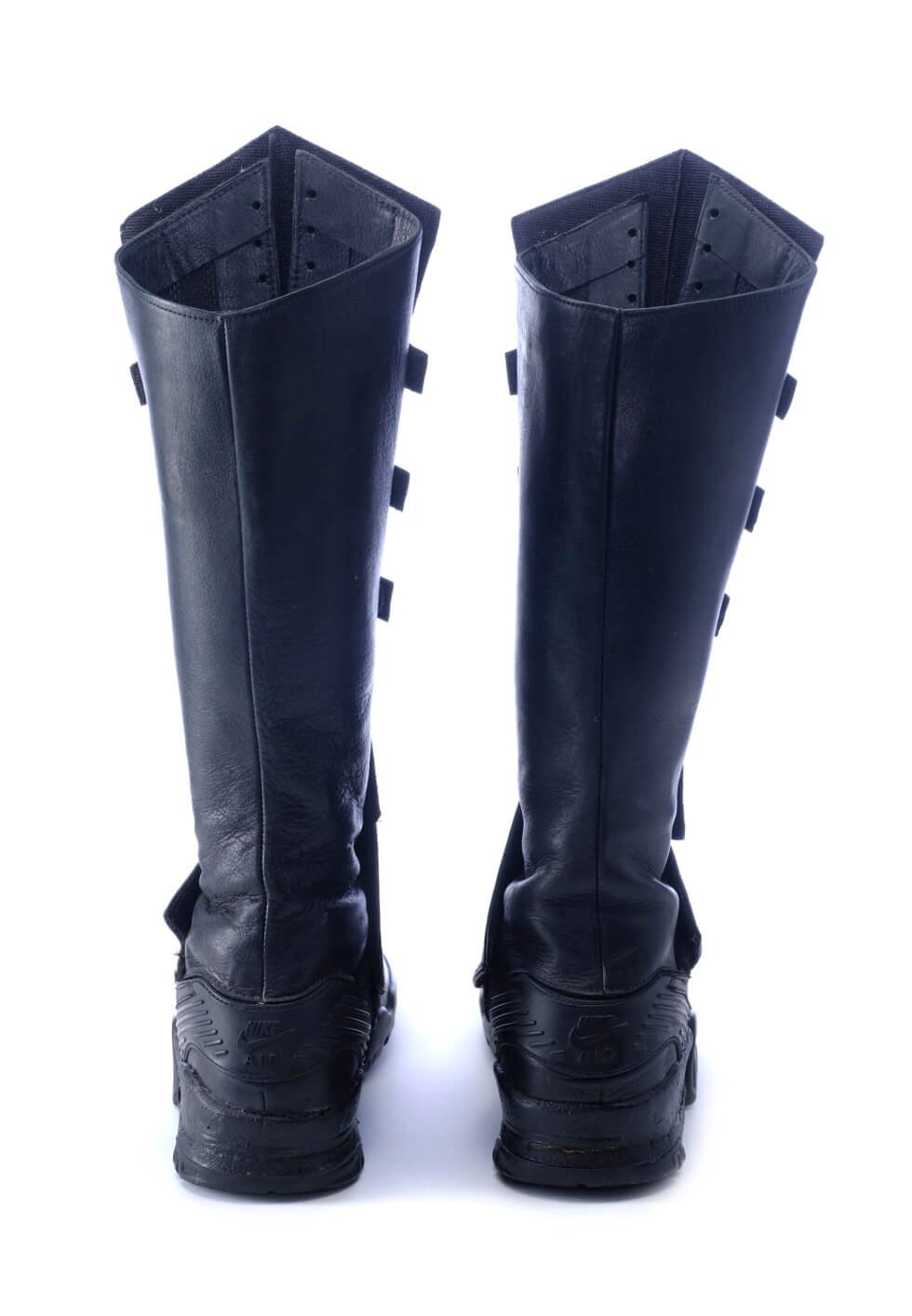 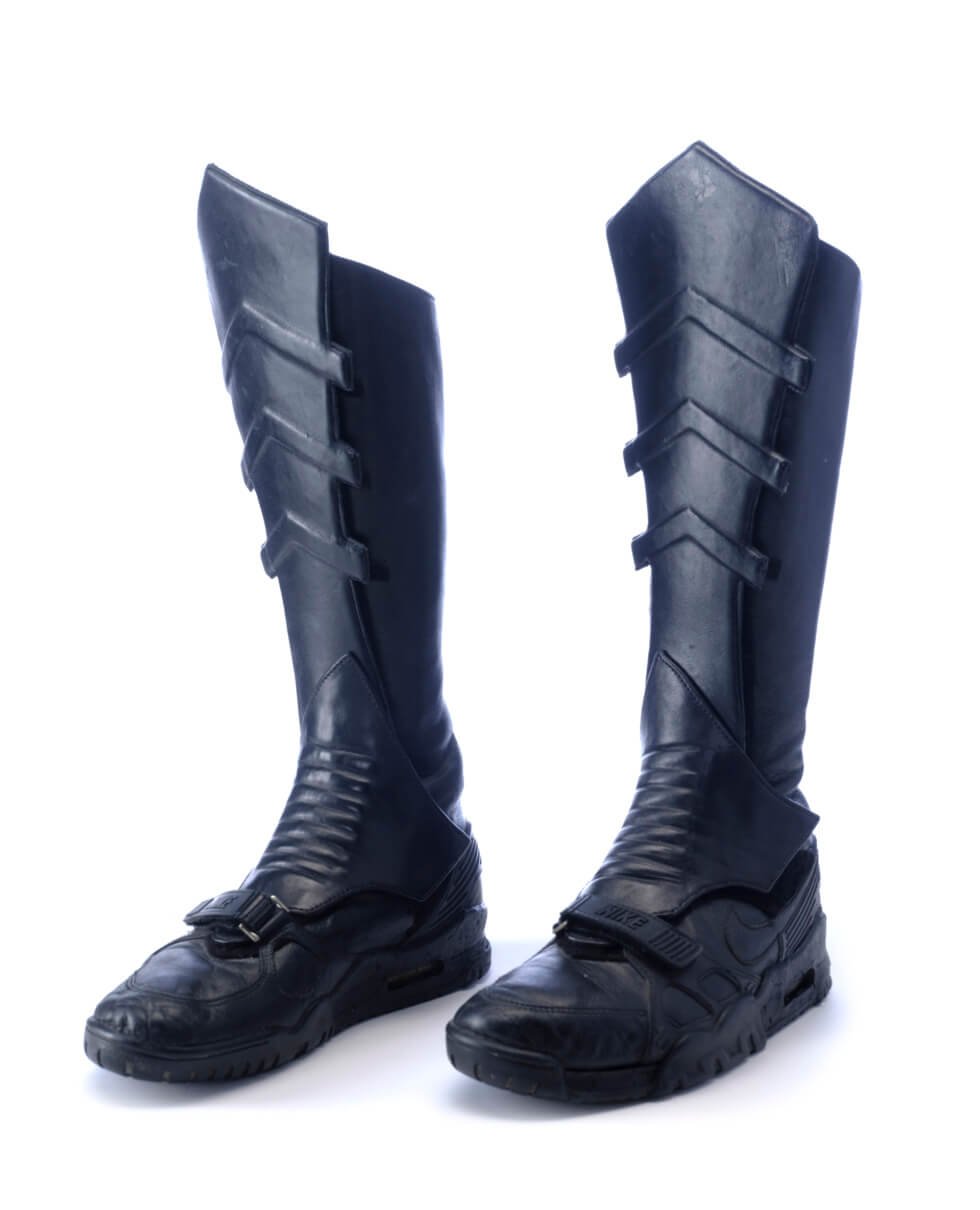 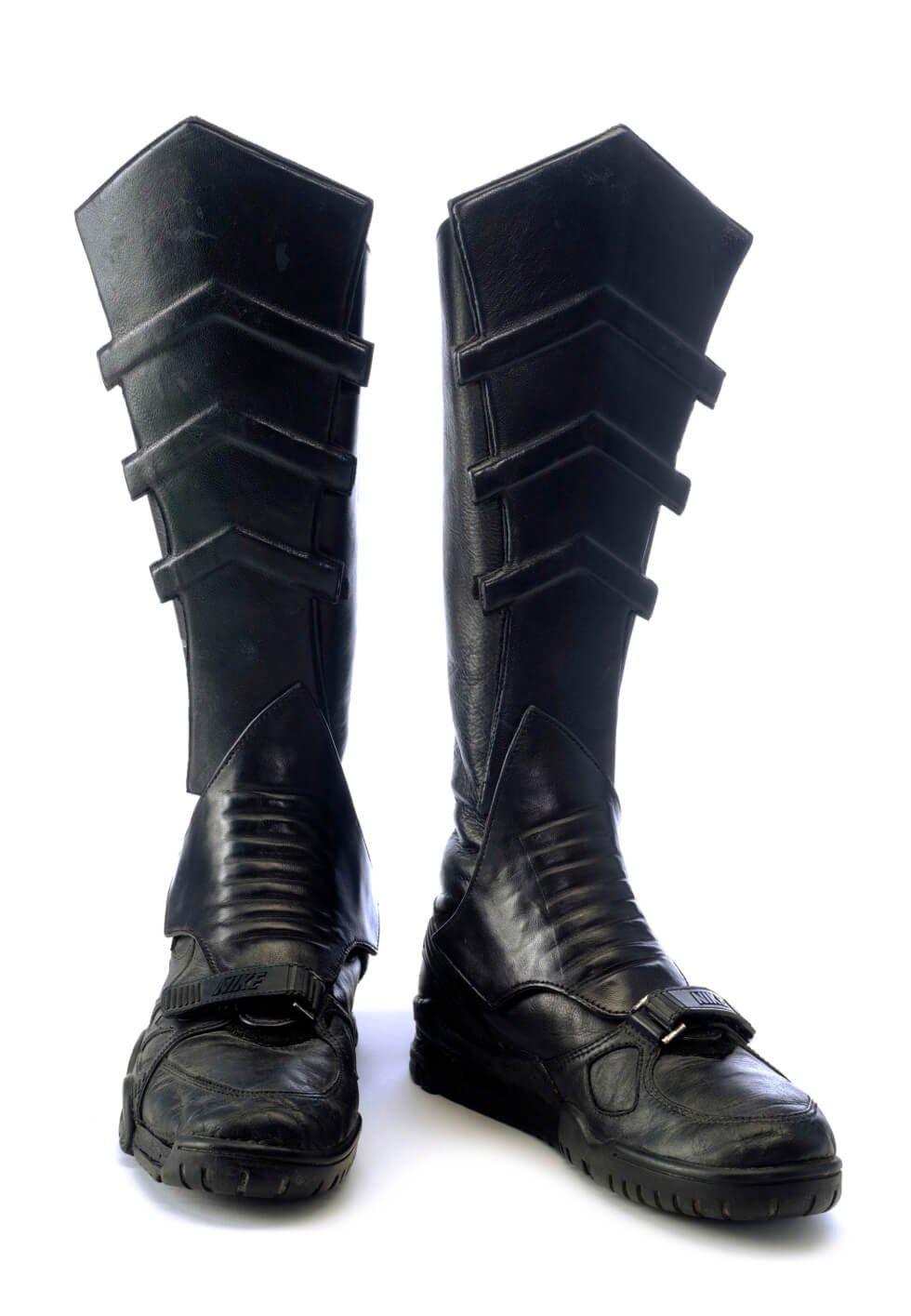 CRKT Brings Its Powerful Kinematic Tech To The Provoke EDC

CRKT's Provoke EDC uses the Kinematic tech without the karambit found in the original Provoke to a plain-edge D2 steel blade and aluminum handle.