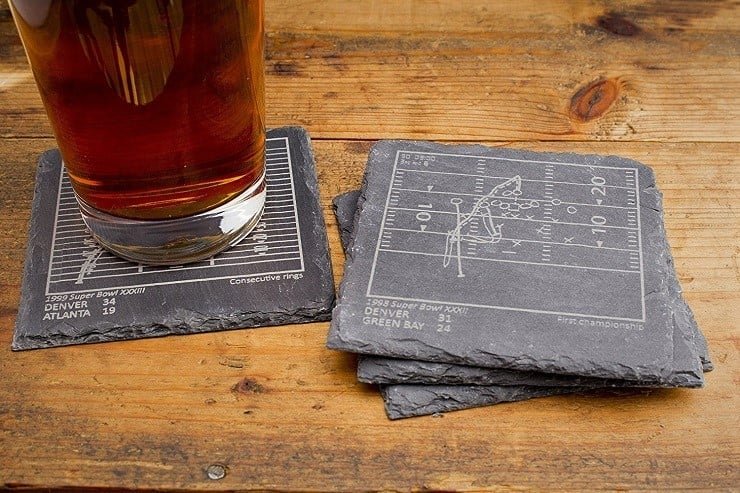 The National Football League has enjoyed many brilliant history-making plays in its time and Points and Pints has memorialized some of the best in stone. The NFL Greatest Plays Slate Coasters ($50) spotlight 13 of the NFL’s winningest teams.

Each set consists of four grey slate coasters with team-specific gameplay graphs laser-etched into the stone. As well as player movements, they include the game date, final score, and a pertinent fact about the featured play. The coasters are 4″x4″ squares just over a 1/4″ thick and have a felt back that protects your furniture from scratches as well as water rings from condensation. The four-coaster set weighs a full pound so they add heft to your game day celebrations.

Teams featured include such iconic franchises as the Washington Redskins, Pittsburgh Steelers, Baltimore Ravens, Dallas Cowboys, Denver Broncos, Buffalo Bills, Seattle Seahawks and more. As a gift for your favorite football aficionado, these coasters are unique memorabilia for remembering and reliving some of the plays that made their team great. 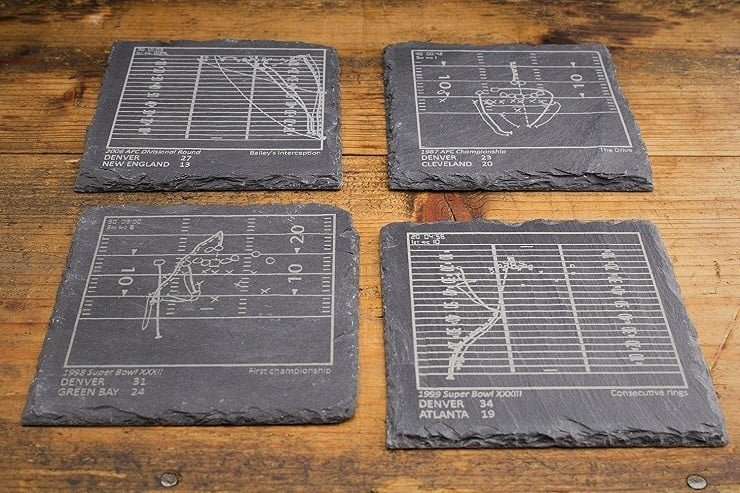 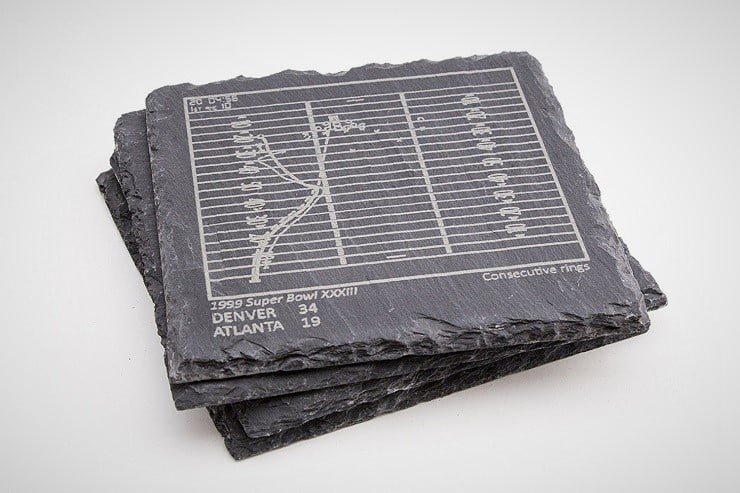 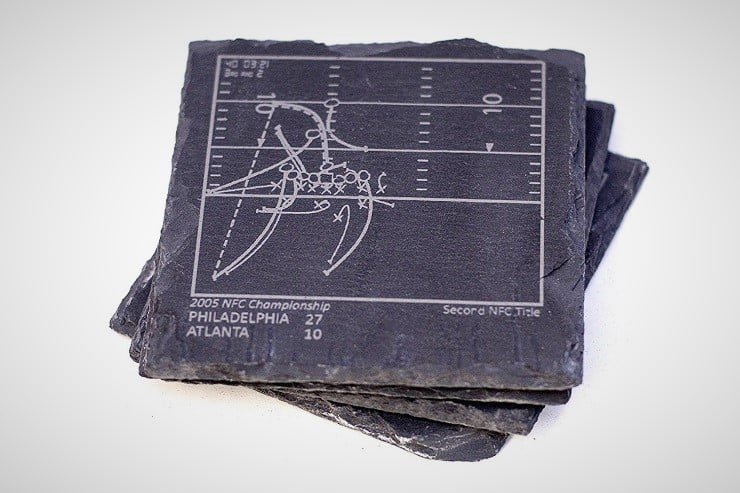 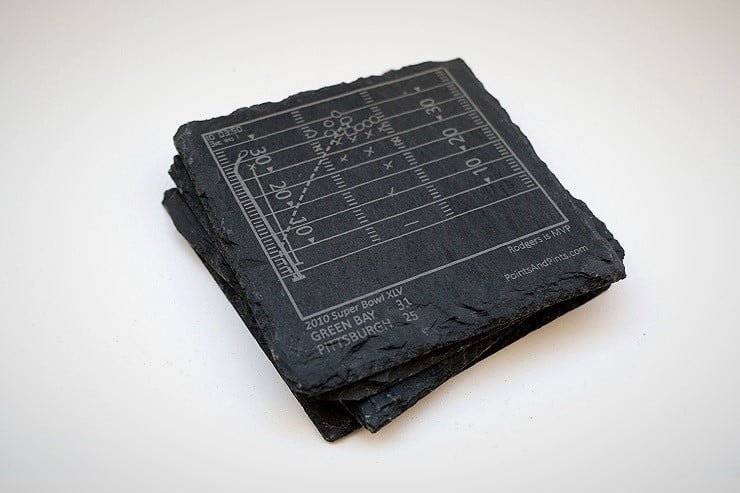 LEGO introduces a prototype brick made out of recycled plastic bottles

LEGO might soon be shifting to a more sustainable manufacturing process for all of its future kits which will be using recycled plastic bottles.

The Khonsu Clock Lamp not only tells the time and provides illumination, but also doubles as a wireless charger and a phone docking station.

The Ultimate Batmobile ships with a pistol grip RC transmitter, a 6” Batman action figure, and an awesome Batcave display plinth with lighting effects.