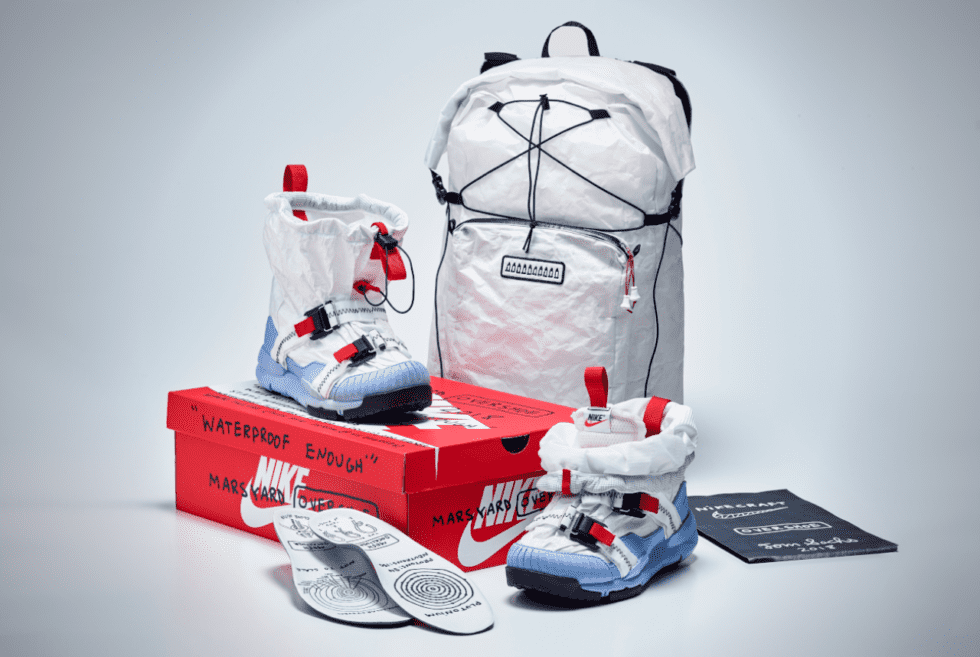 Nike’s latest collaboration with legendary artist Tom Sachs (some of you need no introduction to his work) is finally here. It’s a space-themed pair of kicks following up 2012’s NikeCraft Mars Yard and last July’s Mars Yard 2.0 release. This new iteration sees Sachs reach a bit further into space than last time. The piece is highly evocative of boots you’d wear on during an extraterrestrial trip. Which is why the pair is aptly named the Mars Yard Over Shoe.

But you might be surprised that Sachs took inspiration from here, our very own Earth.

“The Mars Yard Overshoe, its nickname is the March Yard — for March, the worst month of the year. It is wet, your feet are wet the whole month of March,” he says. To keep your feet from getting soiled by street puddles, the Mars Yard Over shoes feature extending water resistant fabric that stretch all the way up near your lower shins. It serves two things, according to Nike. One is to fend off the elements, the other — when you roll it down inward — to make inside, heated spaces tolerable.

“The duality serves well for the annoyances of a New York March, and allows chic navigation of street, subway and fashion week. A new tread pattern, created by a small sipping at the highpoints of the outsole, is designed from a mastery of New York’s winters too,” the Swoosh brand says.

You might have a chance of picking these kicks up on Oct. 11 via a raffle. A global release date will be announced in the coming months. 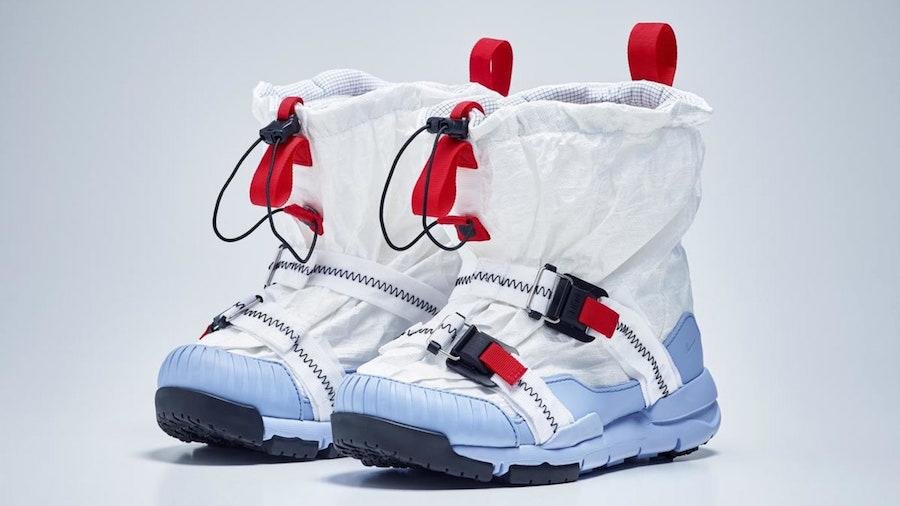 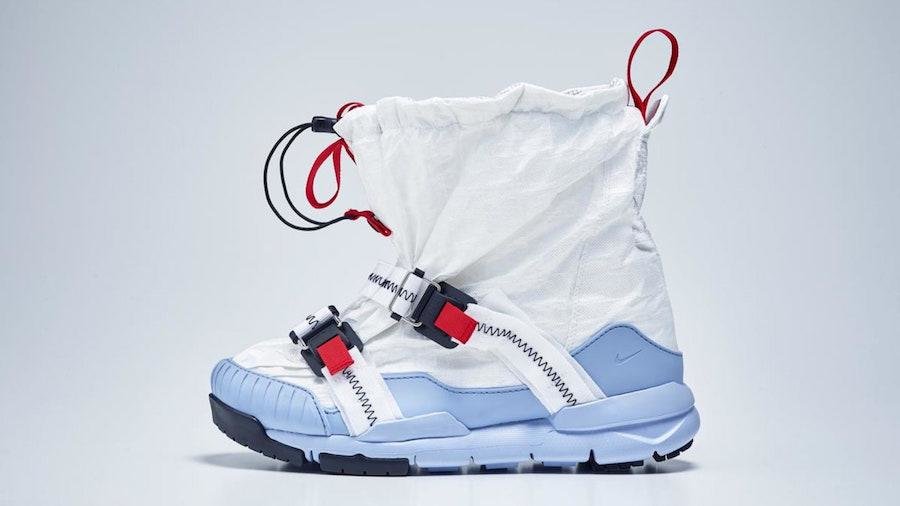 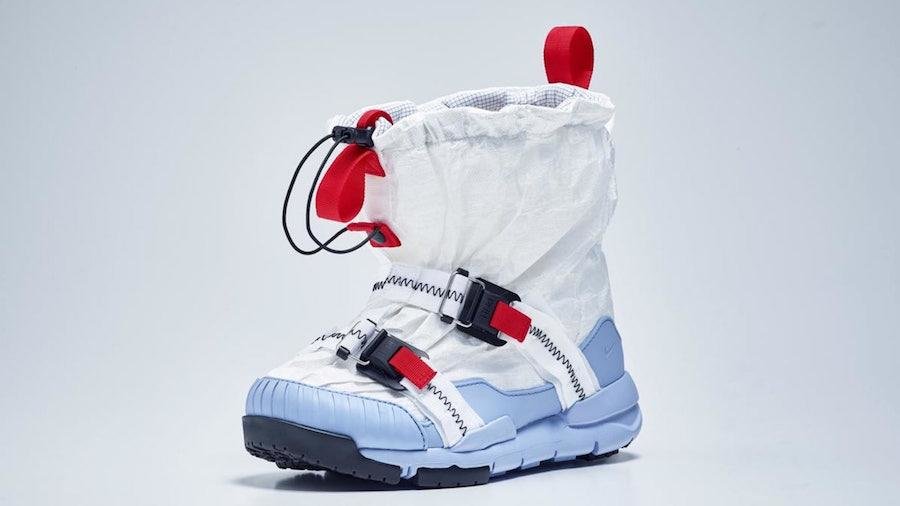 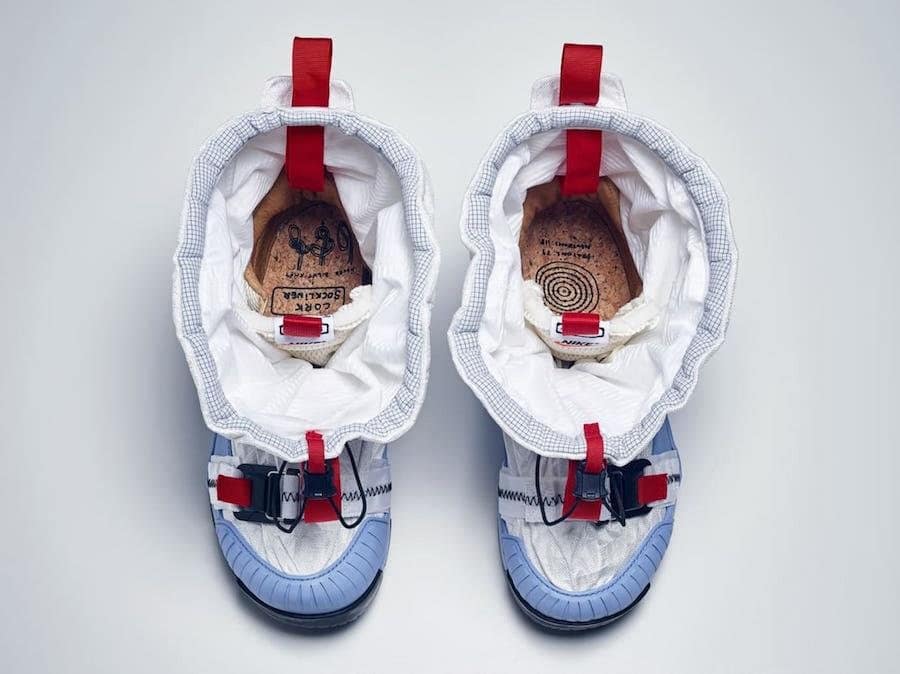 The UR-220 is a different type of watch. Reading the watch takes time as you learn how URWERK builds their pieces.

Given that watchmaking and automotive construction often go hand-in-hand, Buben & Zorweg has something for collectors.

The BR 01 CYBER SKULL boasts a 50-hour power reserve and is water-resistant up to 50 meters. Bell & Ross then gives it’s a black rubber strap with a Black PVD steel buckle.

The principle of delivering excellence in watchmaking continues to this day. With the Turbine Camo, it shows Perrelet’s willingness to adapt to modern trends.

The Rareform Veer Card Holder uses billboard vinyl for durability and unique design. It has three card slots, a cash pocket, and an ID window.