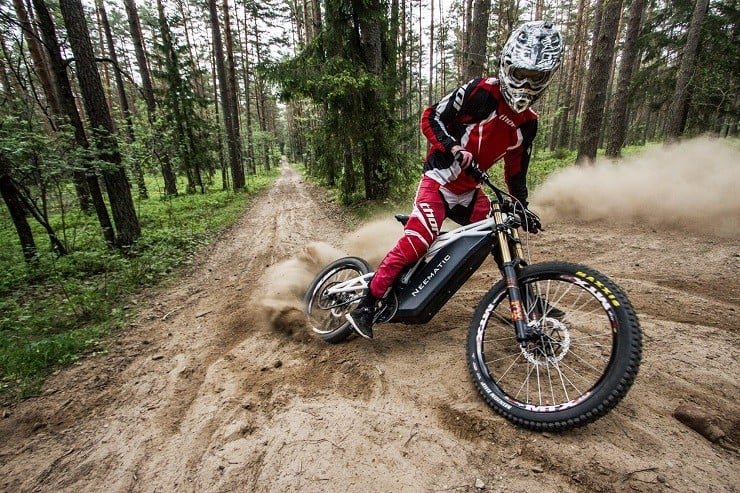 Lithuania-based bike maker Neematic has just begun a pre-order campaign for their all new Neematic FR/1 ($TBA), a bike so powerful it is said to be almost a blend between a motorcycle and an electric bicycle. Domas Zinkevicius, founder and head designer of Neematic was specifically working to create a best performing e-bike that could tackle rough terrain.

The FR/1 has an aluminum tube frame like a bicycle but the battery housing strung mid-drive bulks up the overall appearance. The 20 kW battery can push the bike past 60 mph when needed and usually provides between 30 to 60 miles range between charges.

While there are a couple of existing e-bikes that can match this bike’s top speed, the weight distribution and gearing makes the RF/1 a more stable performer. Whether you are in the dirt or on a mountain trail, the Neematic RF/1 will carry you through an exciting ride at whatever speed you dare take it. Details in the video. [via] 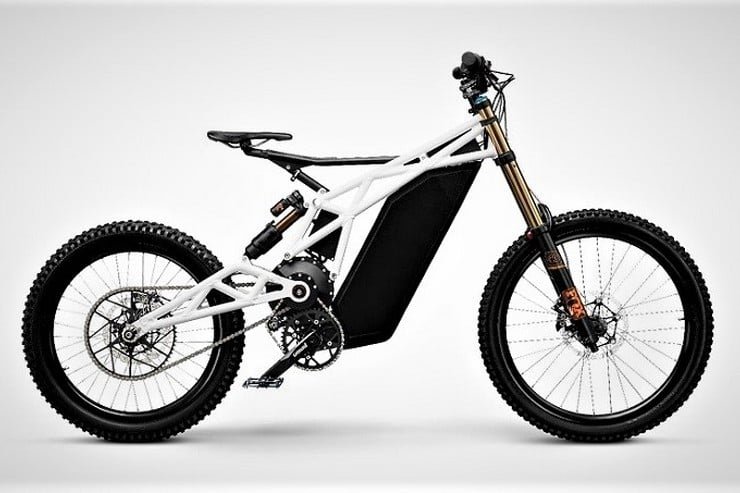 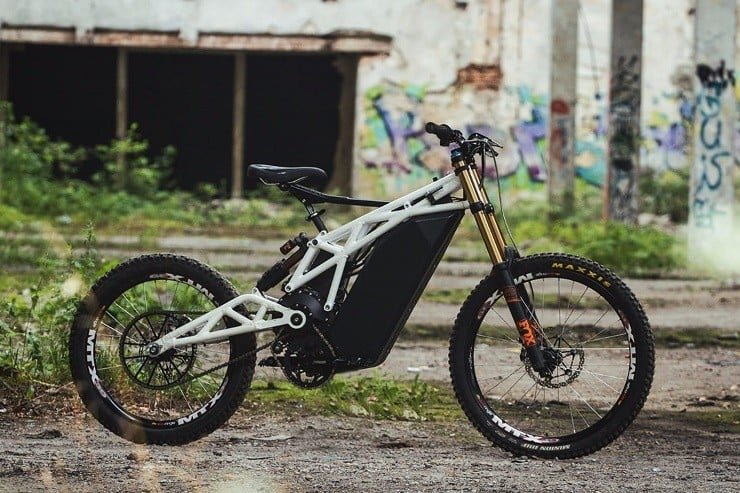 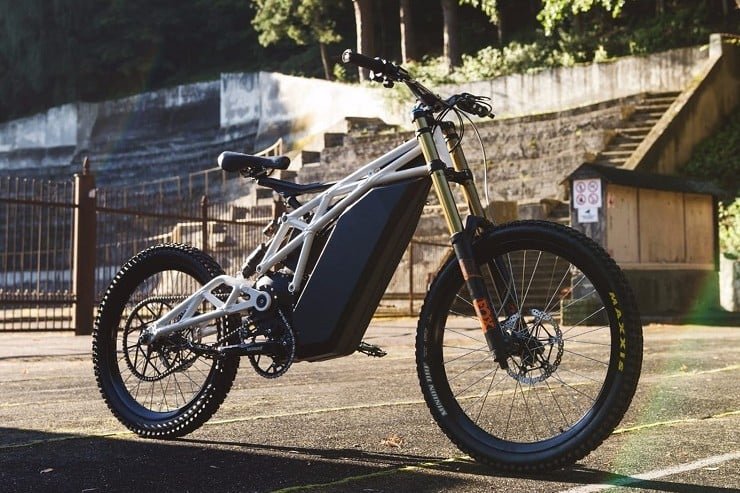 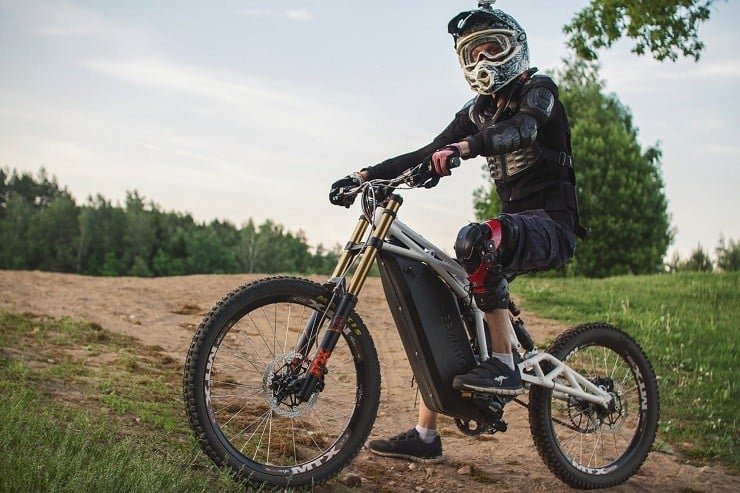