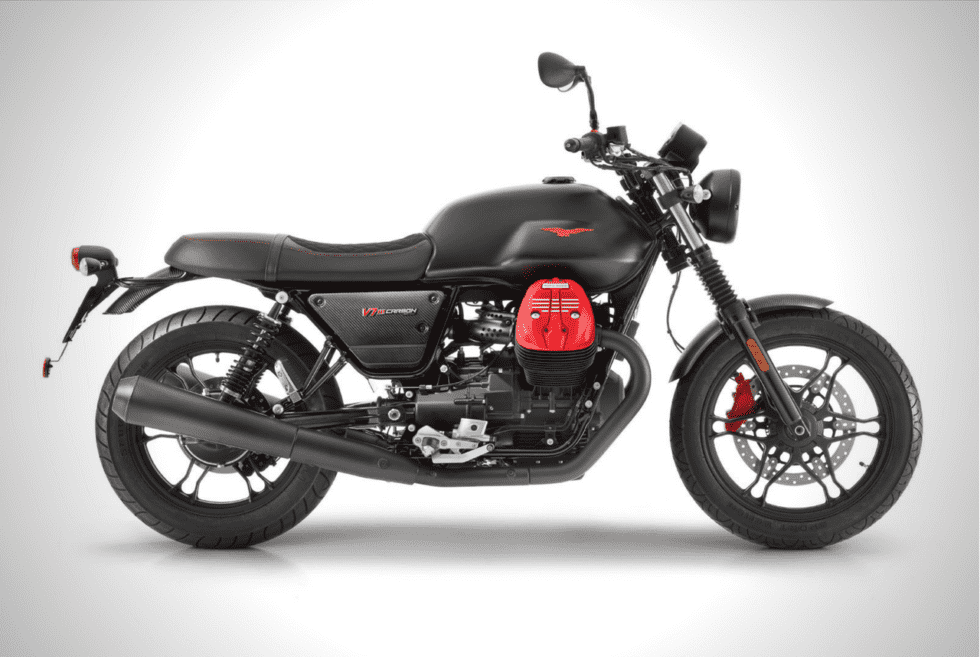 Moto Guzzi gives its V7 III catalog a welcome refresh with the introduction of three new variants. Yet, one specifically stands out due to its limited availability and sophisticated appearance. Other than the visual flair afforded by its design choice, the company opted to produce only 1921 units of the Carbon version, which is intended to memorialize the year the company was established.

Despite being marketed as an entry-level model, the V7 III is noted for its excellent build quality. Among the three recently added options, the Rough flaunts a matte gray paint job, while the Milano goes for a glossy finish, and the Carbon stays true to its namesake with a muted but exceptional matte black color selection.

The designers presumably wanted to add a little flair to make the limited variant stand out. Therefore, you can see splashes of red distributed around selected components such as the eagle logo on the fuel tank, the Brembo brake caliper up front, the cylinder head covers, and the stitching on the saddle.

Other notable details include an anodized black billet aluminum fuel tank cap, carbon fiber fenders, carbon fiber side fairings, and a saddle that is made from Alcantara (a durable weather-resistant material with a texture similar to suede). Everything is artfully combined to make the Moto Guzzi V7 III Carbon a variant that deserves a numbered production as well as a spot in a collector’s garage. 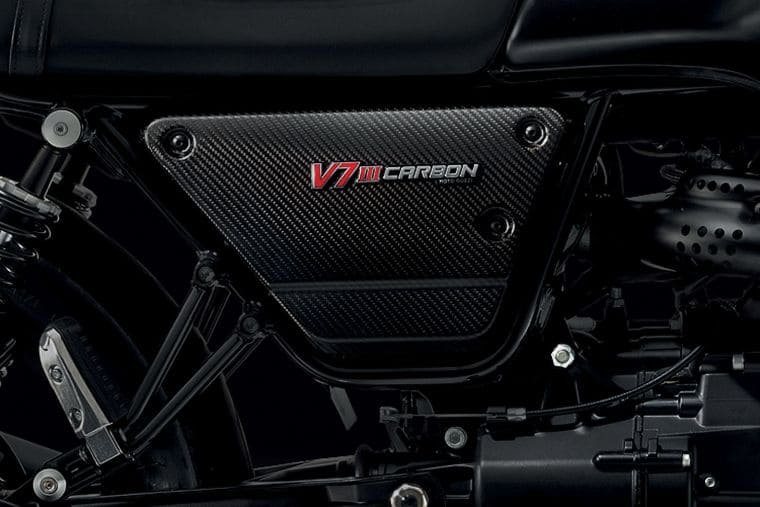 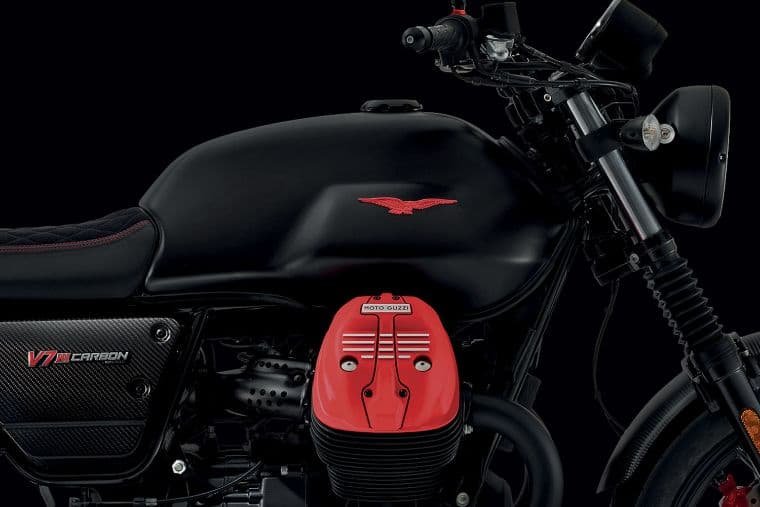 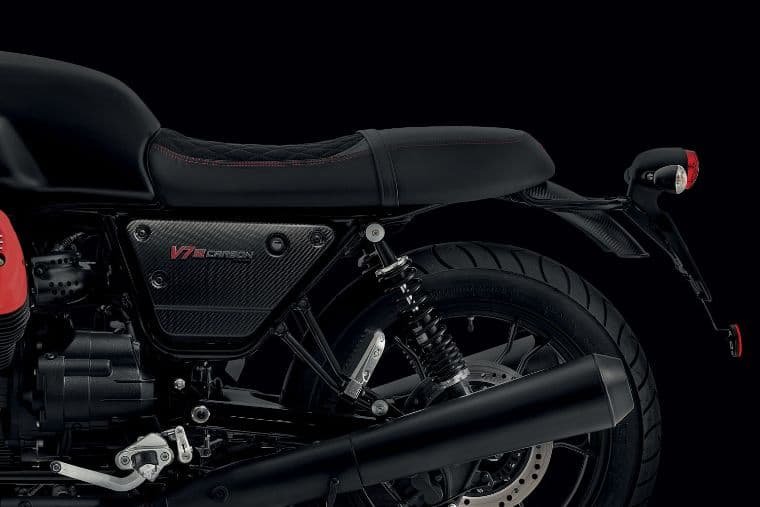 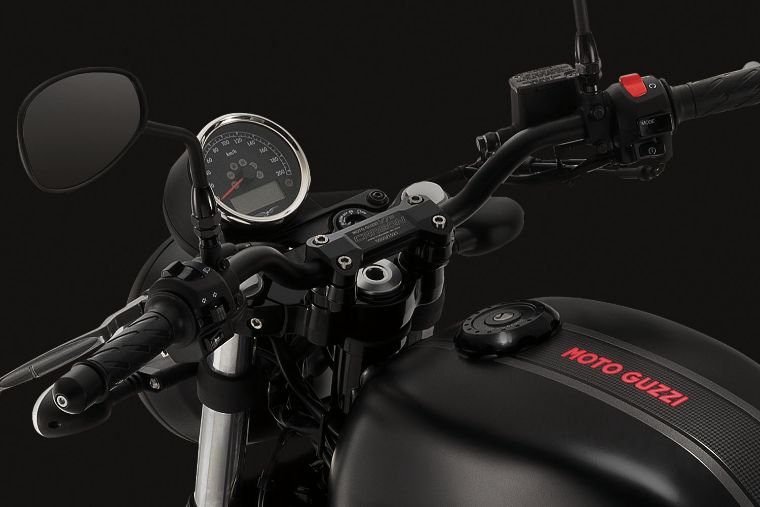 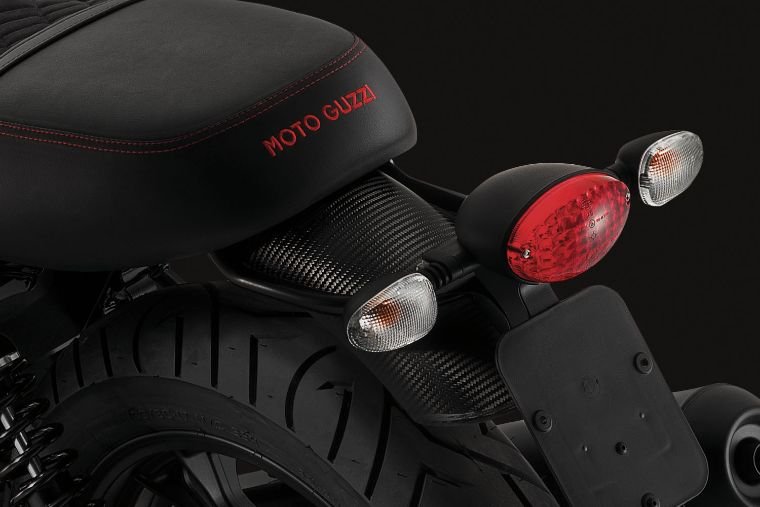 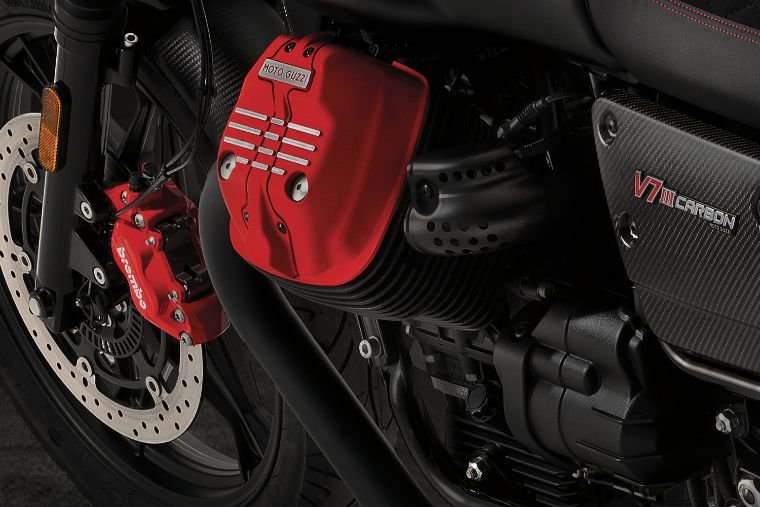 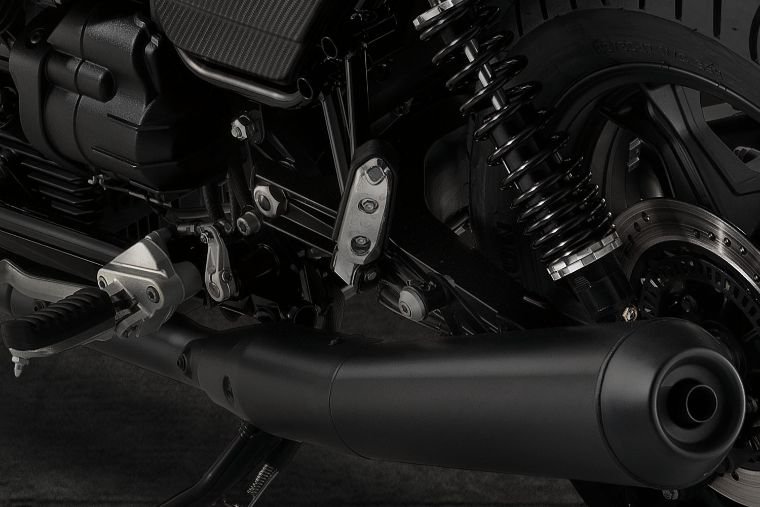 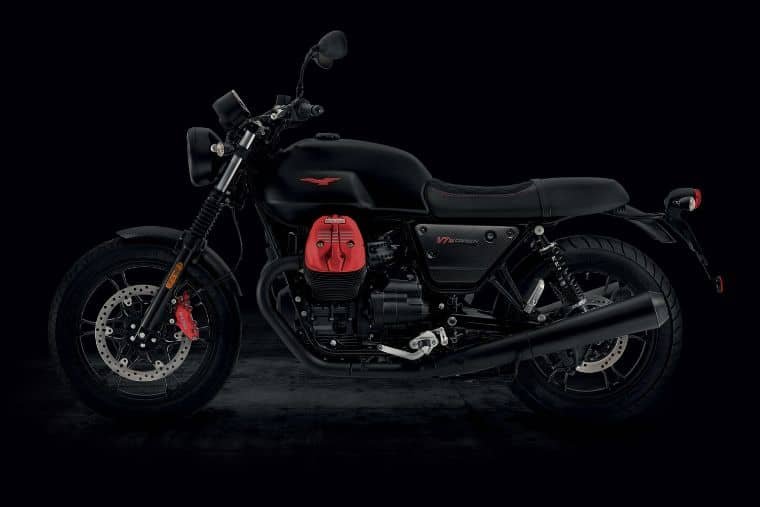 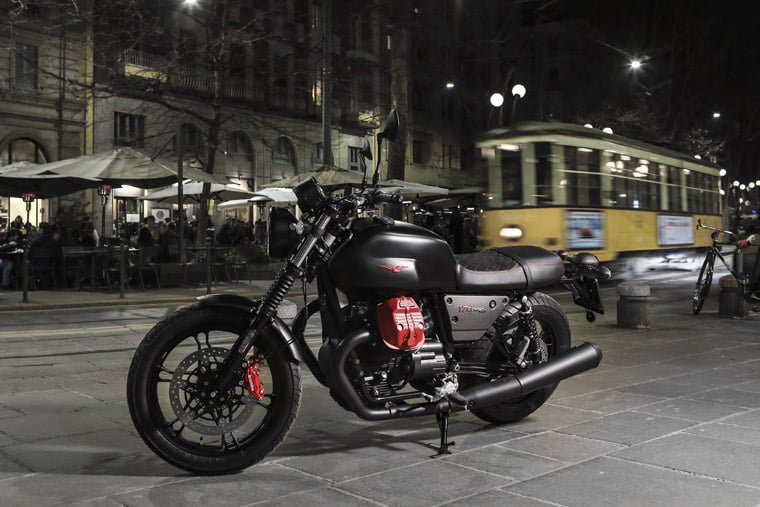 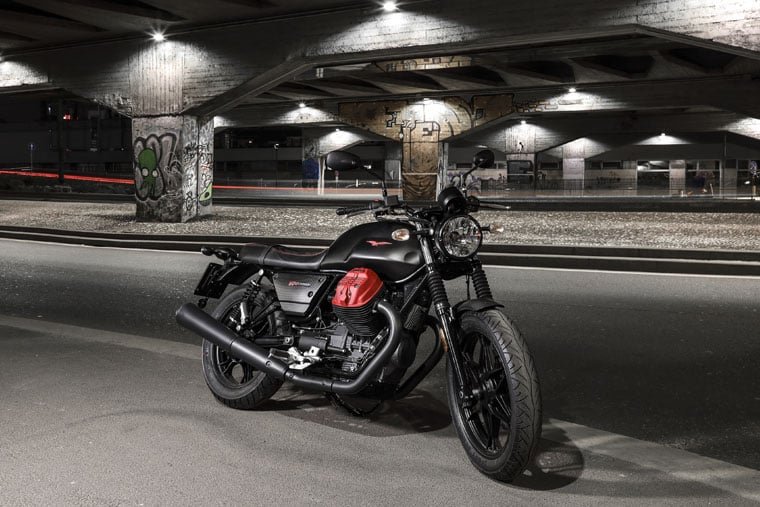 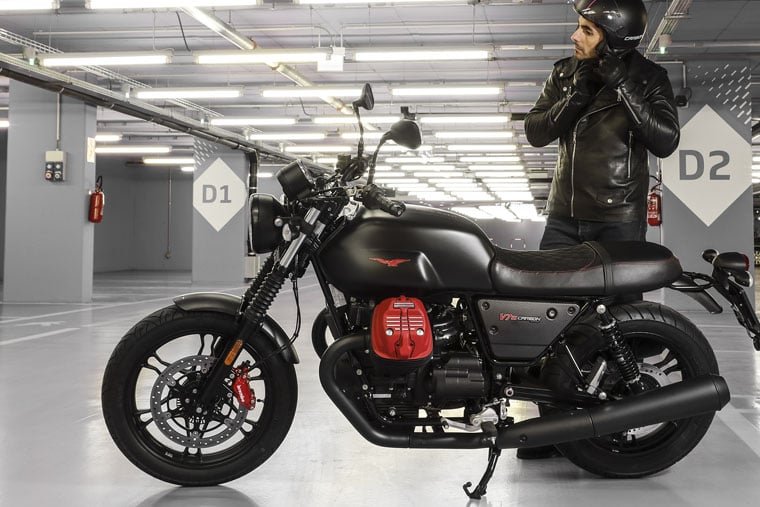