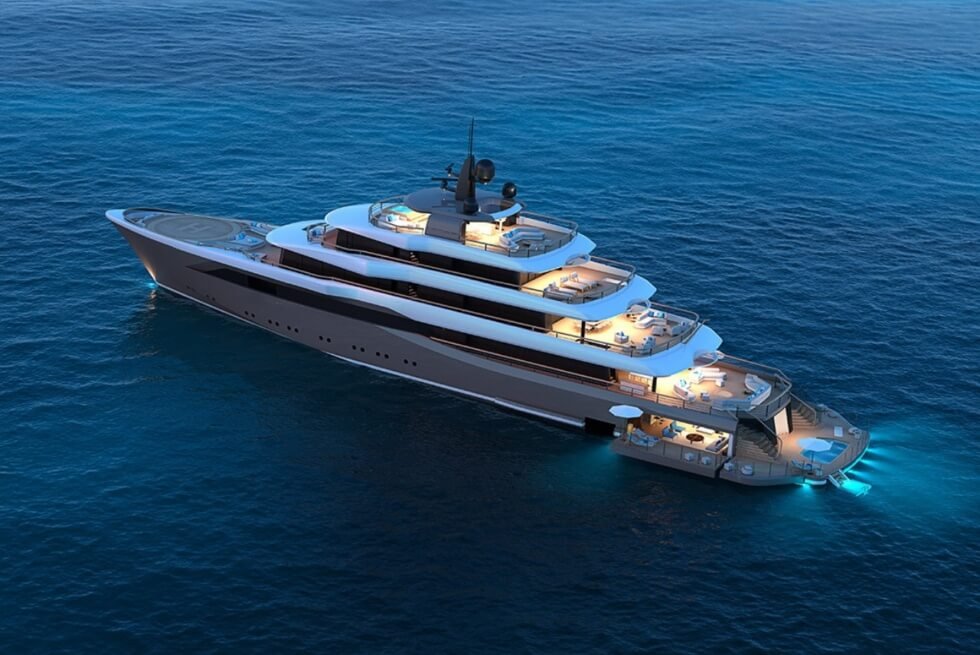 When you’re aboard a luxury vessel, most people prefer to take a dip in the pool or just soak in the jacuzzi. Most superyachts are equipped with amenities like these, but others top for a beach club instead. Nauta Design caters to clients who prefer to showcase the latter with the Moonflower 72 concept.

At a length of 235 feet, this is a magnificent motor yacht for anyone to have. Instead of treating the beach club as a mere afterthought, the designers are turning it into a highlight. Before we get into detail about its aft attraction, this concept was originally penned in 2018.

As with any ship of its size, there’s more than enough space for lavish features. This steel hull features aluminum superstructure with five decks. The Moonflower 72’s bow features a helipad for owners and guests who want to disembark and arrive via chopper.

Meanwhile, most of your time on board will likely be spent at the stern section. As we hinted at before, the beach club spans 1,200 square feet after the fold-out terraces extend. It’s large enough to warrant a nickname from Nauta Design which duba it “The Island.”

Owners and guests can hold parties here and enjoy the bar, lounge area, sunken seawater pool, and steps that lead to a swim platform. Another notable feature of the Moonflower 72 is the artificial intelligence system on board. Sensors and machine learning will adapt to the habits of the people on board.

This allows it to control the lights, air conditioning, and other electronics to save energy. the Moonflower 72 will be outfitted with a hybrid propulsion system. A diesel generator and sodium-nickel battery unit should lower emissions. 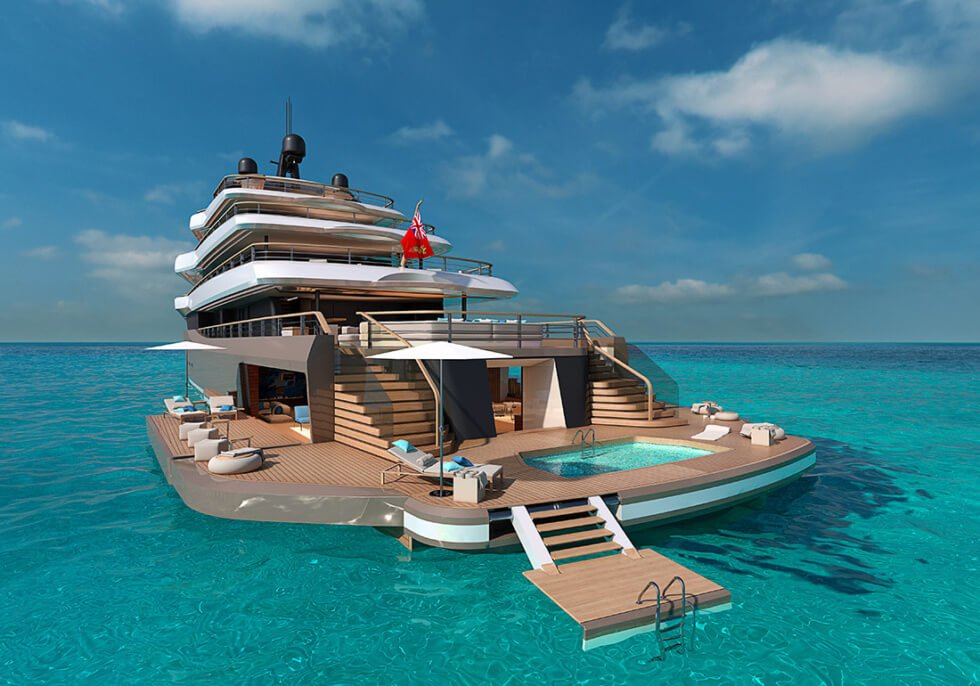