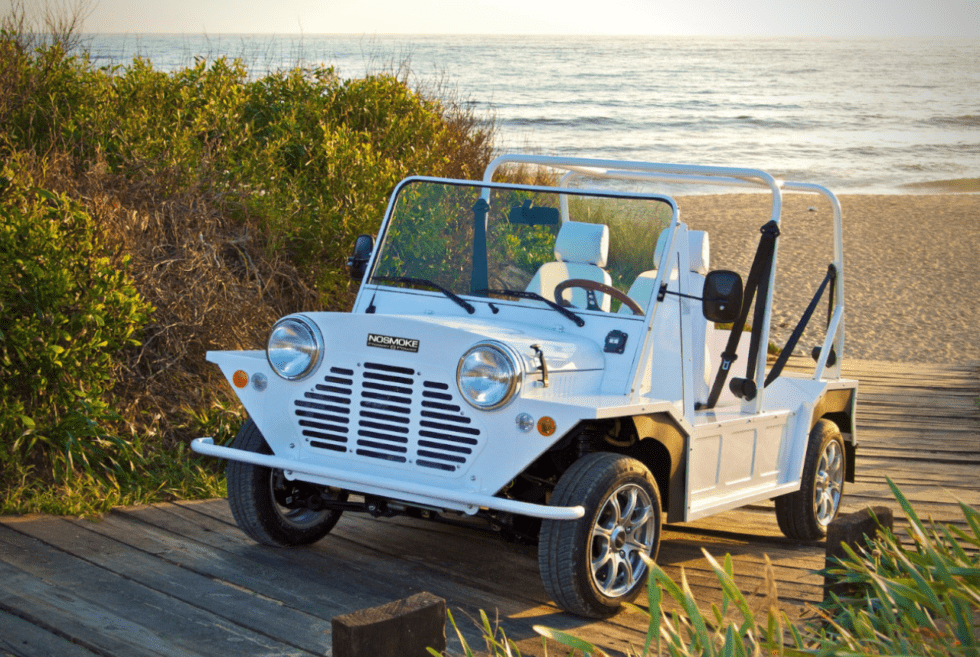 You might have heard of the name “Moke” before. The brand has an interesting history. It was first developed as an offshoot Austin Mini, rebodied specifically for military use, but its lack of off-road ability pretty much cut its military stint short.

But good things came out of the rubble. The Moke band saw resurgence among beachgoers and the yachting crowd, becoming the de facto grab-bag brand for beach-bound vehicles. That second calling endured for many decades. Now Moke is revamping its beach cruiser into a battery-powered low-speed vehicle in the United States.

Though Moke has swapped out the gas engine for an electric powertrain, the eMoke looks unmistakably just like its predecessors, with that signature dune buggy frame still in place, 4 long-back seats, and totally water and weather resistant interiors and exteriors. Yup, you can hose down this car inside and out and it’ll still work, which makes sense considering it’ll mostly be used in beach getaways.

The eMoke gets power from a 110V outlet, and fills up in just eight hours. Just note that max range on a full charge is only about 40 miles at a max speed of 25mph. No surprise there, Mokes weren’t made to be fast.

Inside you’ll find an optional stereo head unit that accepts Bluetooth and USB inputs. Between the seats is a simple console with one cupholder up front, a shift lever, and a handbrake.

Despite Moke’s British origins, eMokes are assembled in the United States, and most, if not all of its parts come from America as well. 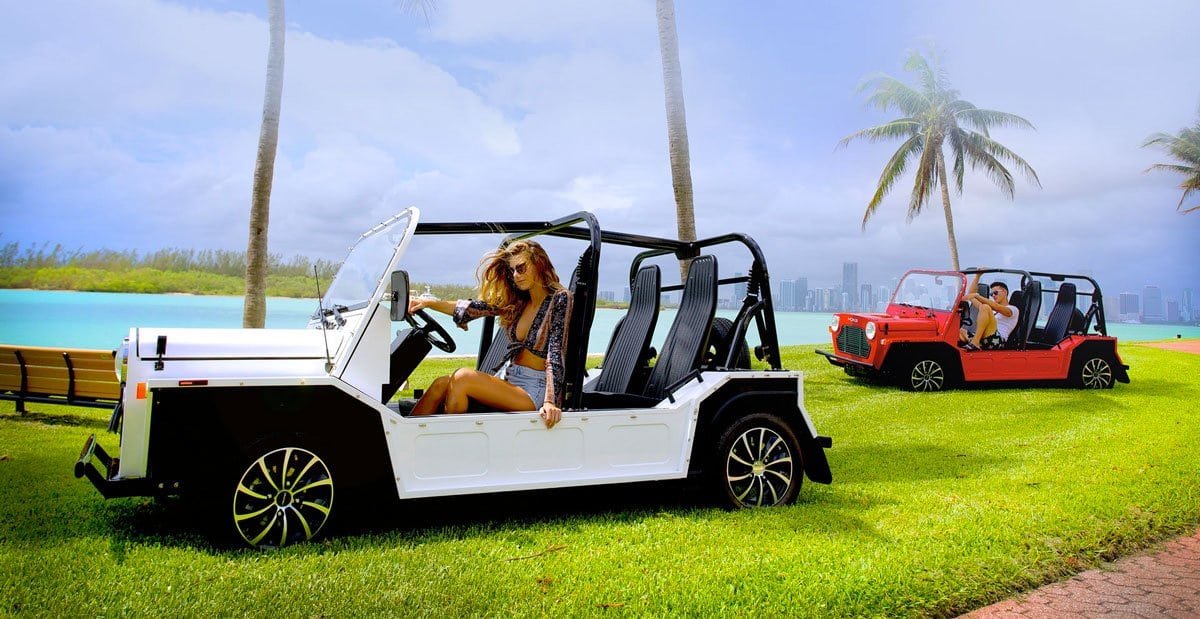 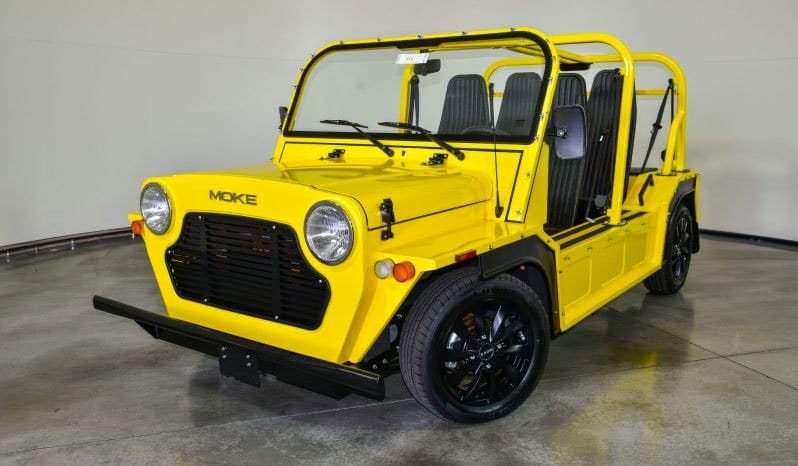 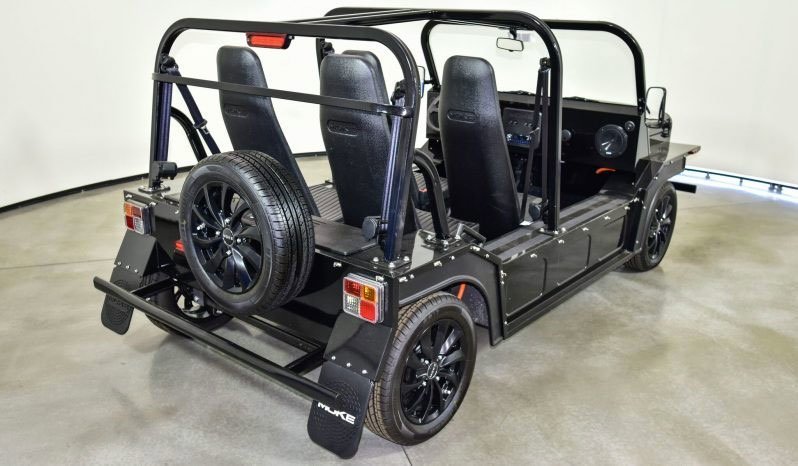 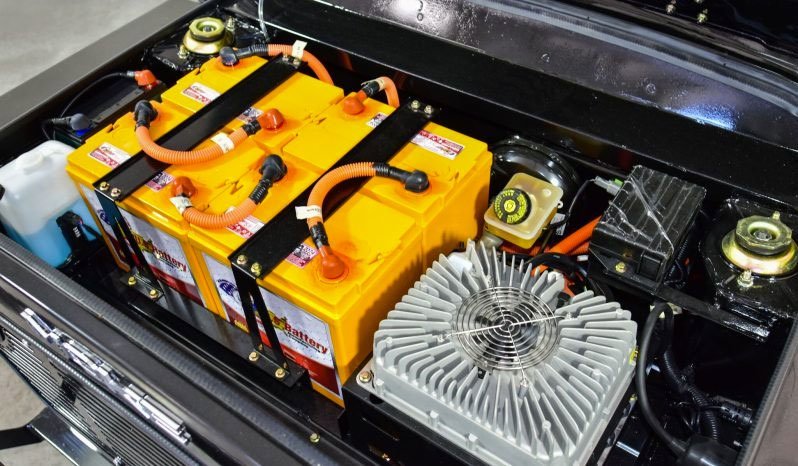