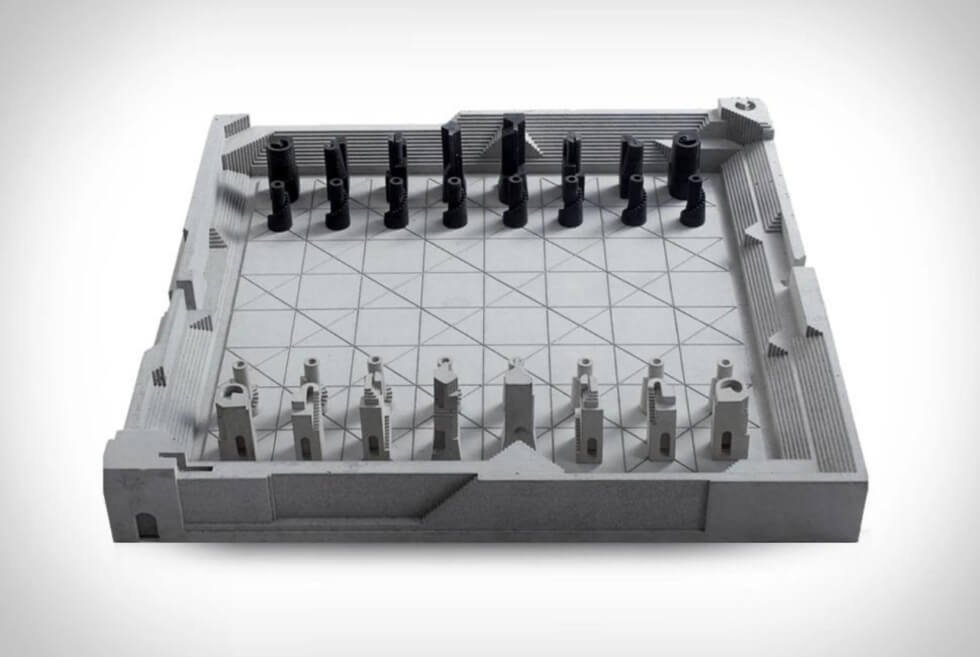 Material Immaterial Studio ups the scale when it comes to the traditional chessboard. They have created a spectacular set made with concrete, dubbed the Arena, that pays homage to the clash between gladiators.

The design of the board takes players back to the age of the Roman Empire, specifically the architecture of Roman amphitheaters where spectators gather to watch the bloody battle unfold. The corners mimic the stands while the chessmen wear concrete armors to represent their position in the army.

Moreover, Material Immaterial Studio even puts delicate thought into the play of light and shadows during a game of chess. Shadows cast on the concrete stands and the garbs of the chessmen with the changing daylight. One can only marvel at the extended play at work as if to mimic the battle going on at the Arena.

This chess set could very well replace your old wood, plastic, or glass set. But given that it’s made with concrete, then the challenge is the portability. Unlike the traditional foldable wood board, this one is intact and is slightly heavy at 2.77kg. As such, it would do well as a collectible for your home or studio or as a statement piece in your living room or game room.

The Arena is also susceptible to chipping when in contact with hard surfaces or dropped. MIM assured though that the set uses a high density and high-performance custom concrete mix that is resistant to weathering. Also, using concrete means each piece will be slightly different in color, texture and pores, making the set unique to each user. The 18 Best LEGO Car Sets You Can Buy for Adults

We’ve put together a comprehensive guide to buying LEGO car sets that will help you choose the perfect car for you!

Arkonik Partners With Traxxas For The 1:10 R/C Land Rover Defender To Match Their Builds

Hasbro ships the Star Wars The Black Series Darth Revan Force FX Elite Lightsaber with a metal display stand so you can show it off.