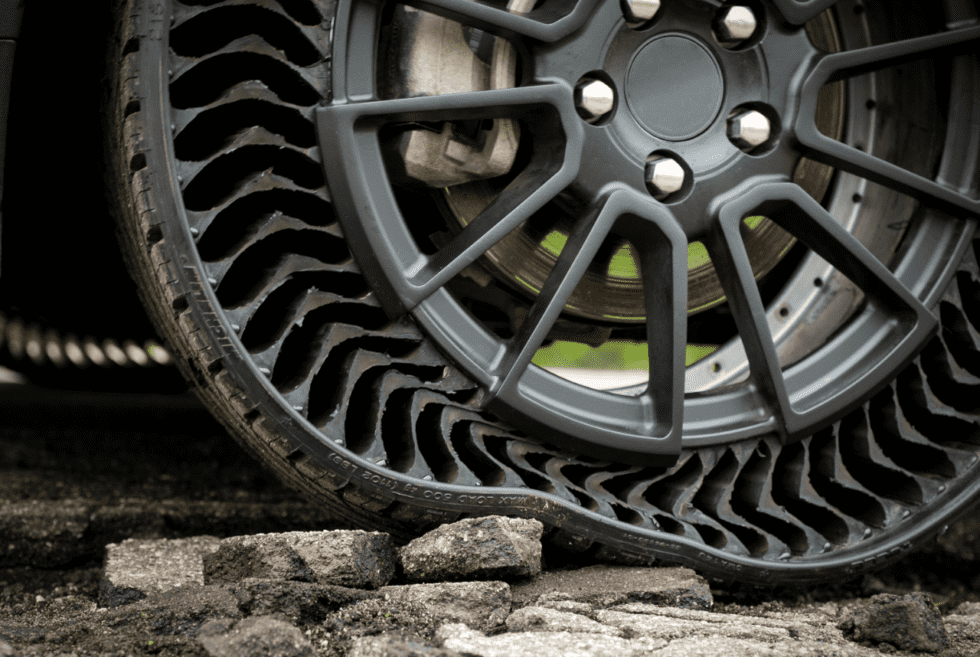 Michelin and GM may have just unveiled a future where flat tires aren’t a thing. Both companies have now unveiled a prototype for UPTIS, which stands for Unique Puncture-proof Tire System.

Michelin created the tires, which are airless and intended for passenger cars. Bearing a resemblance to Tweel and other airless tire concepts of several years past, the UPTIS features a mix of composite rubber, resin embedded fiberglass that lets it run at highway speeds. Previous options tend to work only when the driver is going slow. It’s not as pretty as those, surely. But Michelin says it’s just as comfortable.

GM says it will start testing the UPTIS as soon as late 2019 in Michigan on a fleet of Chevy Bolt units. It expects to see the finished version as soon as 2024, at which point it’ll appear on production cars. The automaker hasn’t named specific car models that will incorporate these new tires, though.

Because they’re airless, UPTIS tires present immediate financial and safety benefits. While the tires aren’t completely indestructible, they won’t suffer from blowouts, flat tires, and irregular wear. Beyond these upsides, both GM and Michelin also consider this a positive development as driverless cars become more commonplace. Airless technology, they say, reduces the need for environmentally harmful tire production. It also eliminates the need for a spare tire that adds weight, an in turn shrinks fuel economy.

It’s a really, really clever innovation, and we can’t wait to see it hit the road for real. Hit the link below for more information. 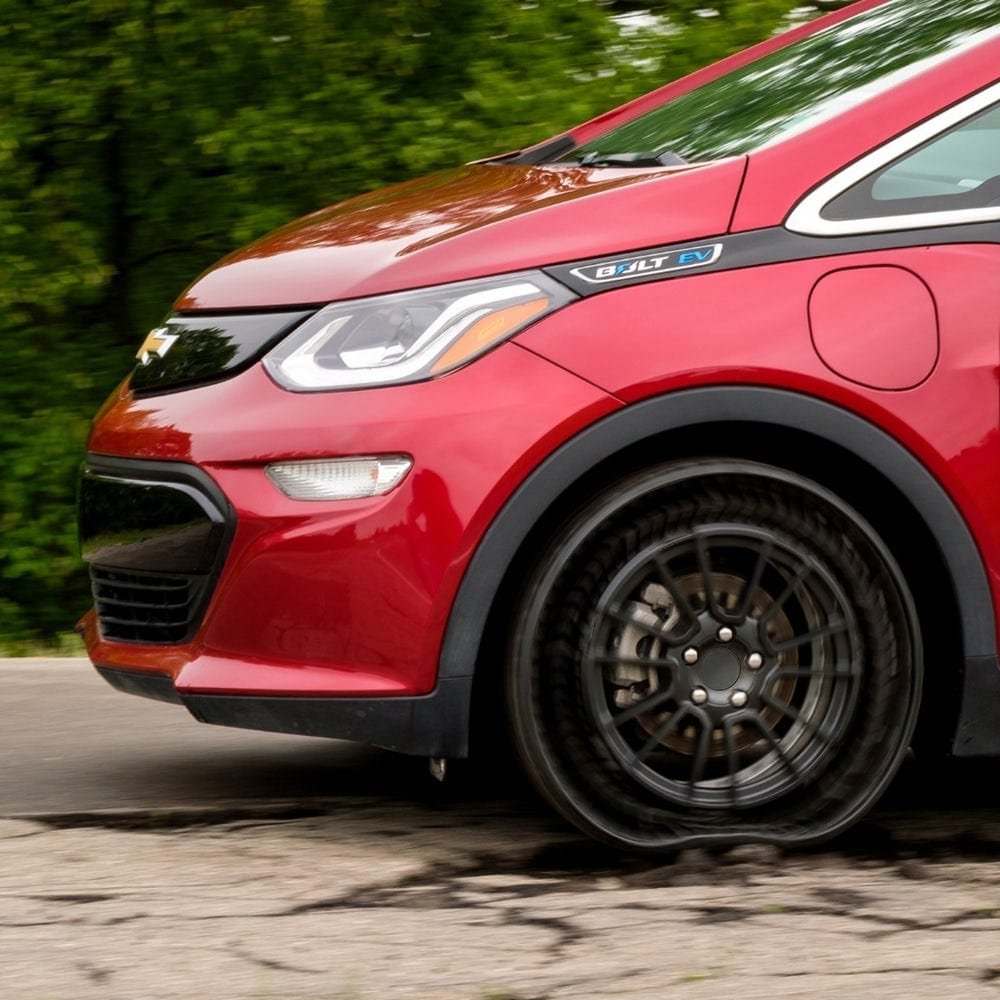 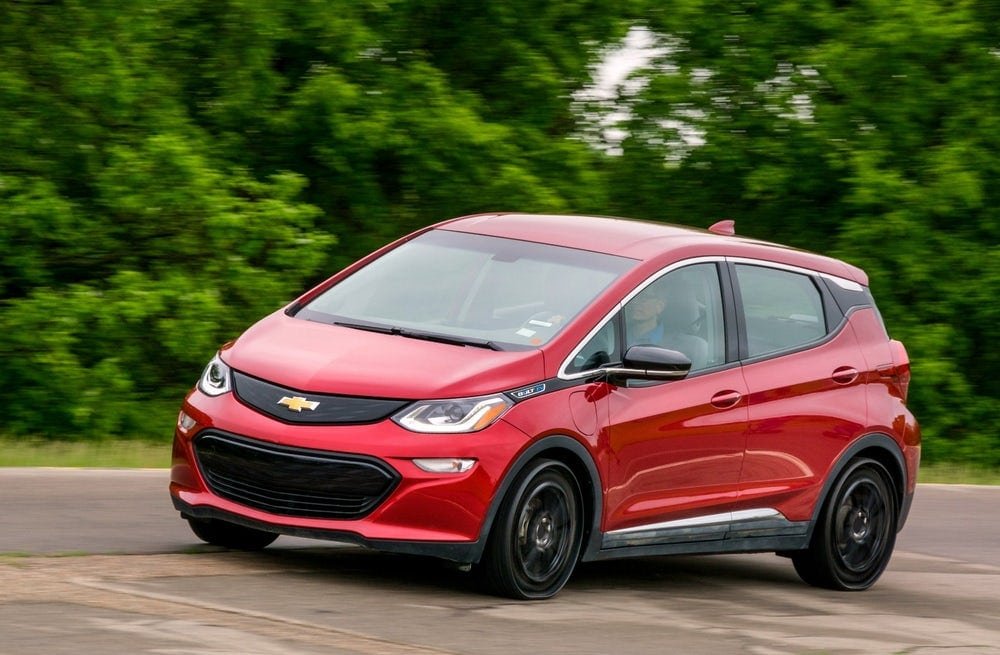 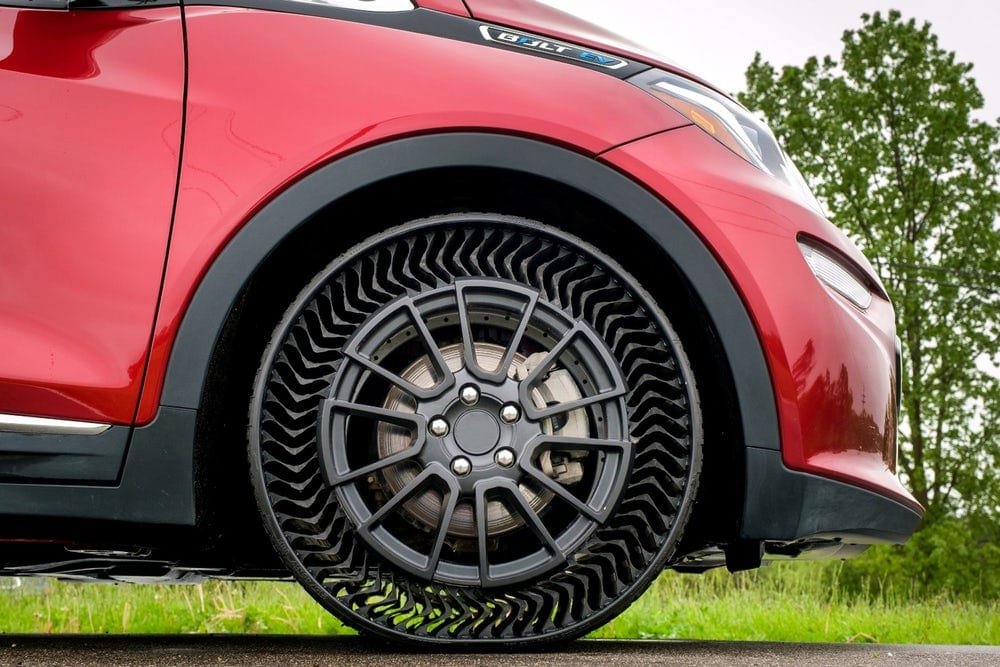 Photos courtesy of Michelin and GM