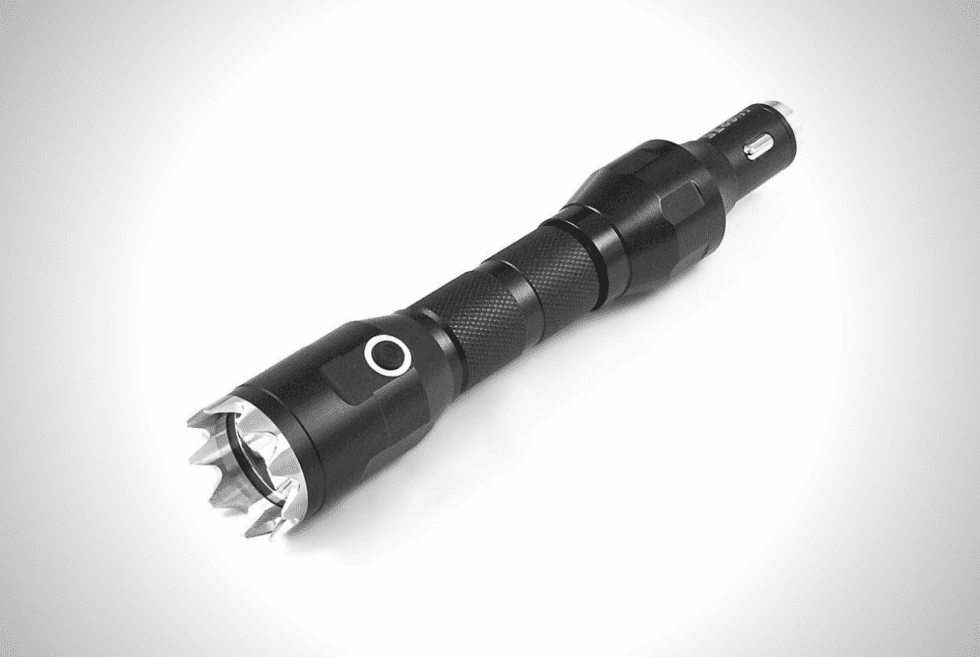 A flashlight is one of the most essential everyday carry tools you must have in your possession at all times, if possible. If you’re on the market for a new bulb, why not consider MeetIdea’s Tactical Emergency Flashlight Kit Escape Tool (that’s a mouthful). It’s a multi-function five-in-one car escape tool that not only features a flashlight, but throws in some crucial knick knacks as well, like a car charger, power bank, seatbelt cutter, and a window breaker.

But more on the flashlight: Here at Men’s Gear, we’ve seen a lot of a lot of aluminum flashlights claiming to be great but end up being the opposite. They look impressive at first glance, but then you realize they’re pretty crappy, break easily, and are very unwieldy. Thankfully, MeetIdea didn’t pull any punches with its emergency light — this is one of the best flashlights you can have and also one of the most sturdiest and robust thanks to its military grade aerometal build. On the neck, you’ll find skid-proof hand shanks for better grip, and as a bonus, you’ll also get a serrated attack head.

It has a 300 lumen LED light that features four modes: High, Low, Blink, and SOS, which are pretty self-explanatory. You can squeeze two hours out of this bad boy under High mode, and 200 minutes for strobe. As for illumination, it performs extremely well. It’s not going to light your film shoots or anything like that, of course, but you’ll fare pretty well with it while night scavenging on your backyard.

The Grovemade Task Knife is for light-duty tasks as such its stainless steel blade is not as sharp as those found on pocketknives but can still do a neat cutting job.

Although each model under the Rapha + POC collection boasts unique features, both share some of the technology that makes them reliable.