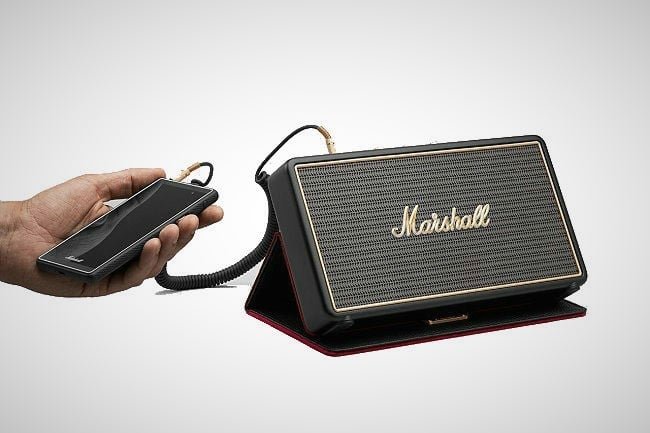 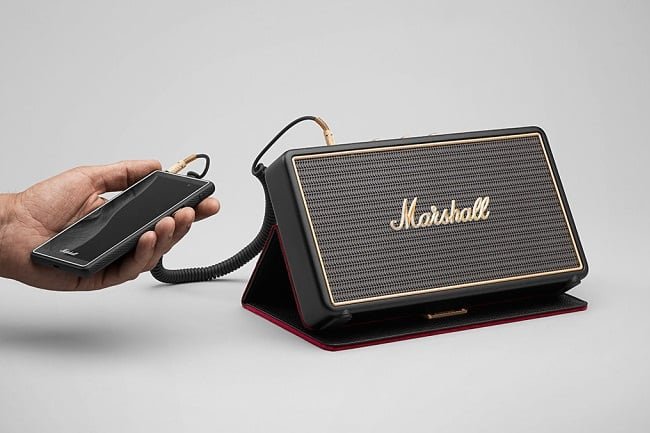 Marshall is on a roll these days. After releasing the loud&stylish London smartphone they are now back with what’s been called the “biggest little speaker” of its kind, the Marshall Stockwell Travel Speaker ($229).

Maintaining the brand’s signature rock n’ roll amp design, this new device promises to deliver quite a punch, thanks to its dual 2.25” dome tweeters and a pair of 2.25” woofers supported by two-channel Class D amplifiers. Its (non-removable) lithium-ion batteries give you a play time of 25 hours, which is more than we’ve seen in other speakers of the same class. Bluetooth 4.0 technology ensures wireless audio streaming, a built-in mic allows for receiving phone calls, while a USB port adds connectivity options and a means for charging, and there’s even a standard 3.5mm input for those who just can’t give up cables (coil cord included).

Loyal to the old-school construction, Stockwell boasts copper retractable analogue control knobs for adjusting the volume, bass and treble. A snazzy flip cover that doubles as a tilt stand is also available for an extra 40 bucks. The Marshall Stockwell is a mighty little fellow, the smallest travel speaker the company has ever produced, tipping the scale at just 2.65 pounds and measuring 10.2 x 5.5 inches. Arrives Q4 2015. 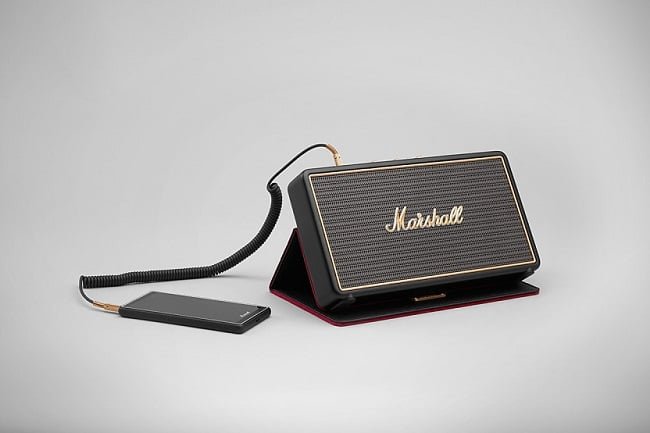 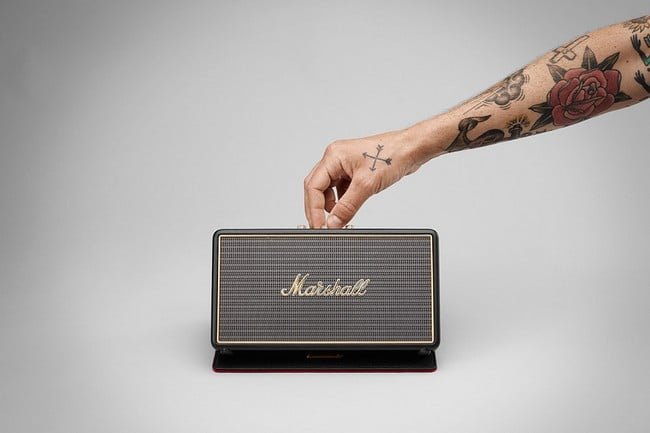 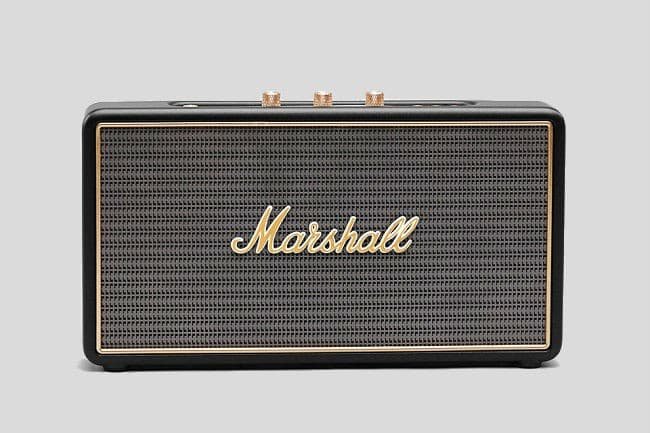 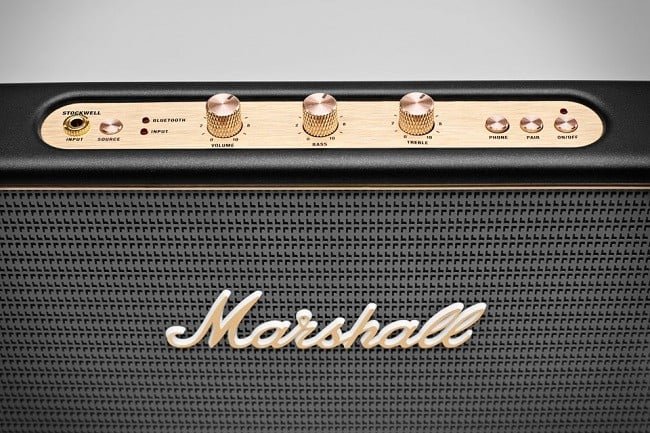 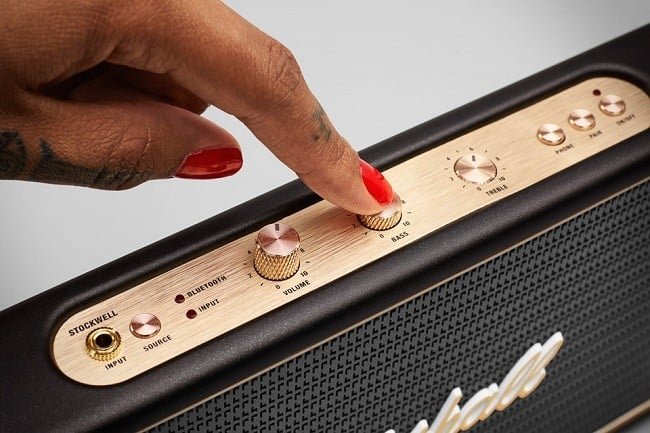 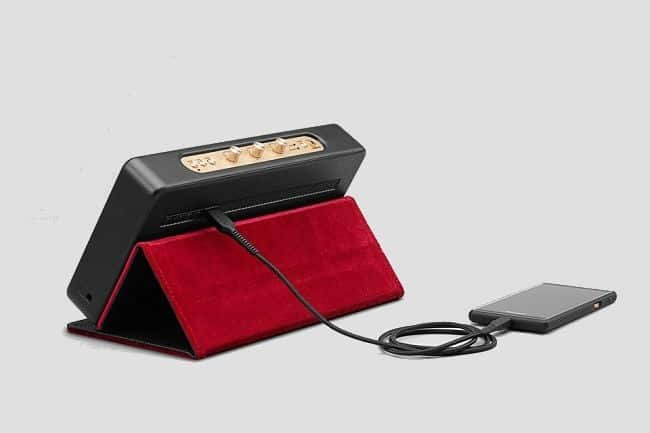 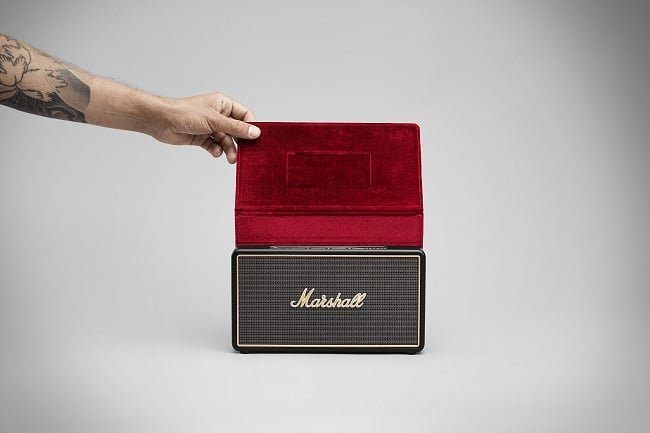 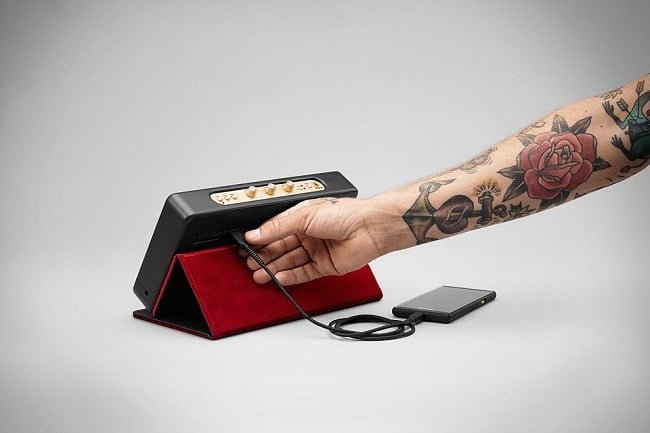 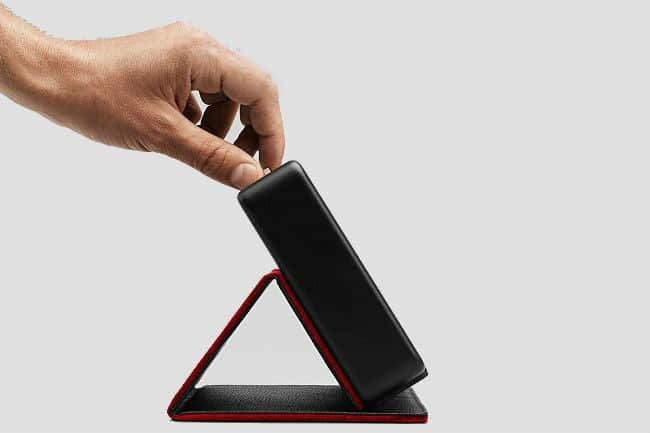 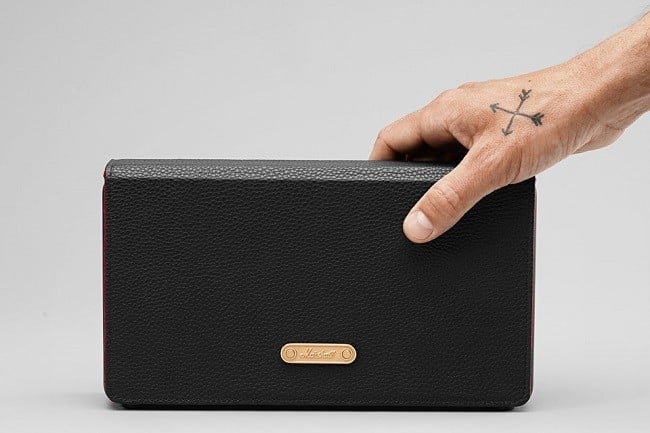