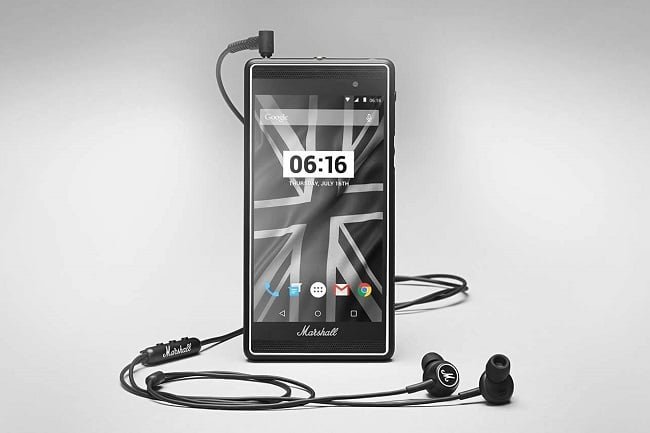 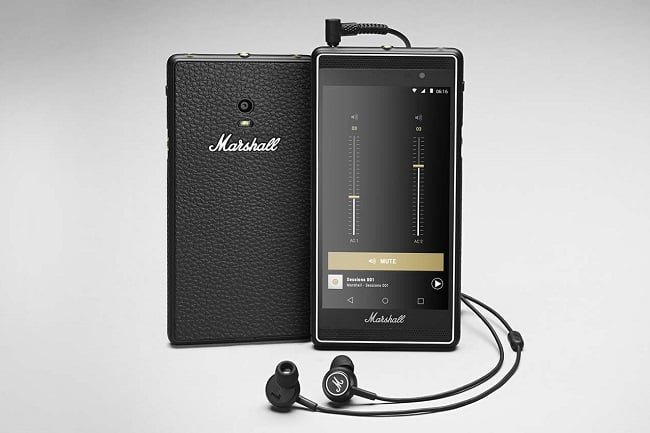 They’re rock n’ roll pioneers – household names – musical legends. Now they’re in your pocket! Marshall Amplification just announced the launch of their sure-to-be-seminal mobile phone, The LONDON ($590). Featuring the recognizable insignia and design of Marshall’s signature amplifiers, the London has the company’s signature black livery and famous logo – along with all-brass scroll-wheels, buttons and audio jacks. Truly a gorgeous mobile (in a world filled with boring clones), the London stands even further from the pack with its advanced audio system and features.

Billed by Marshall as the “loudest phone on Earth”, the London has a separate internal sound card that pushes music through front-facing dual speakers (capable of crystal-clear playback of lossless FLAC files with enhanced bass). A system-wide equalizer controls system and app-wide audio settings, while the “M button” provides single-button access to all music players installed on the device (including Marshall’s pre-installed stock player). Since music enthusiasts are its natural first market, there’s a stereo noise-canceling microphone for recording – capable of impressive sound capturing! Instead of a rocker switch, volume is controlled by an authentic-feeling scroll wheel, while two headphone jacks encourage both creative listening and sharing. 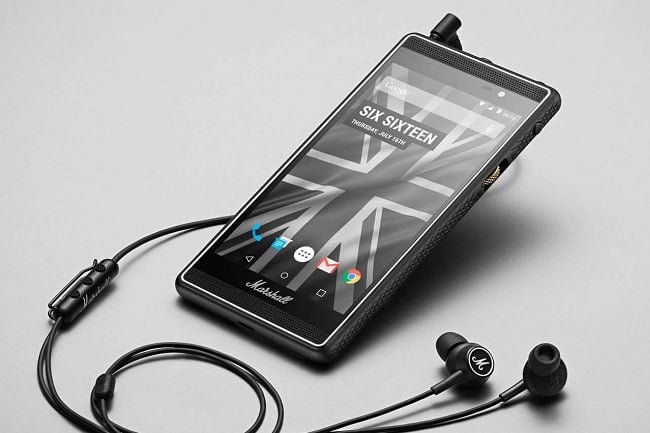 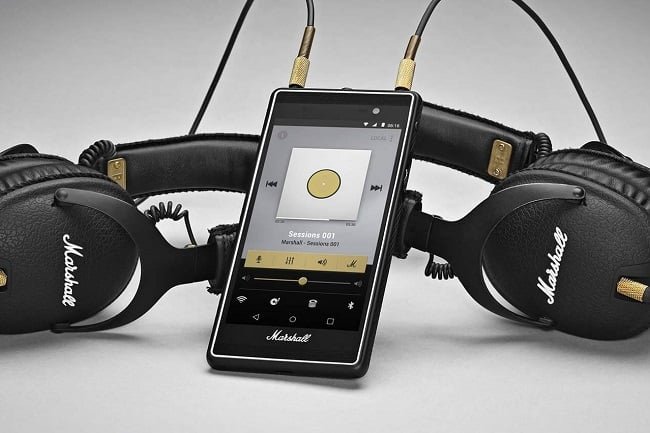 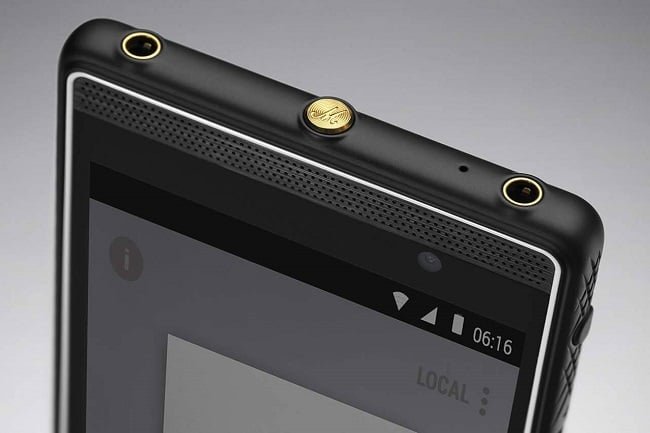 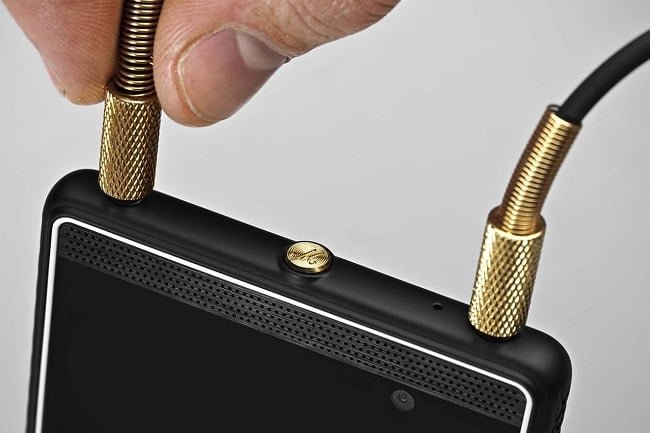 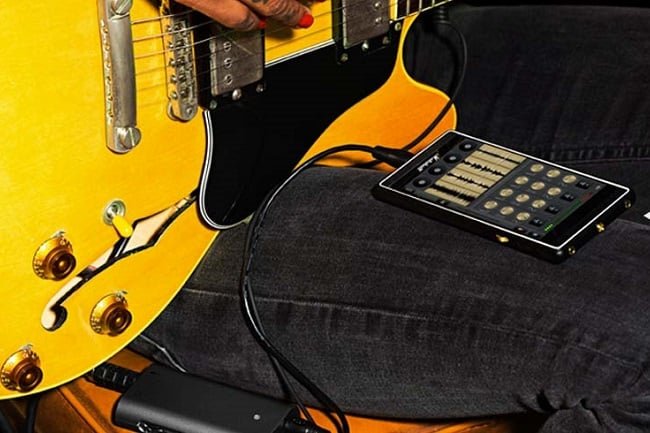