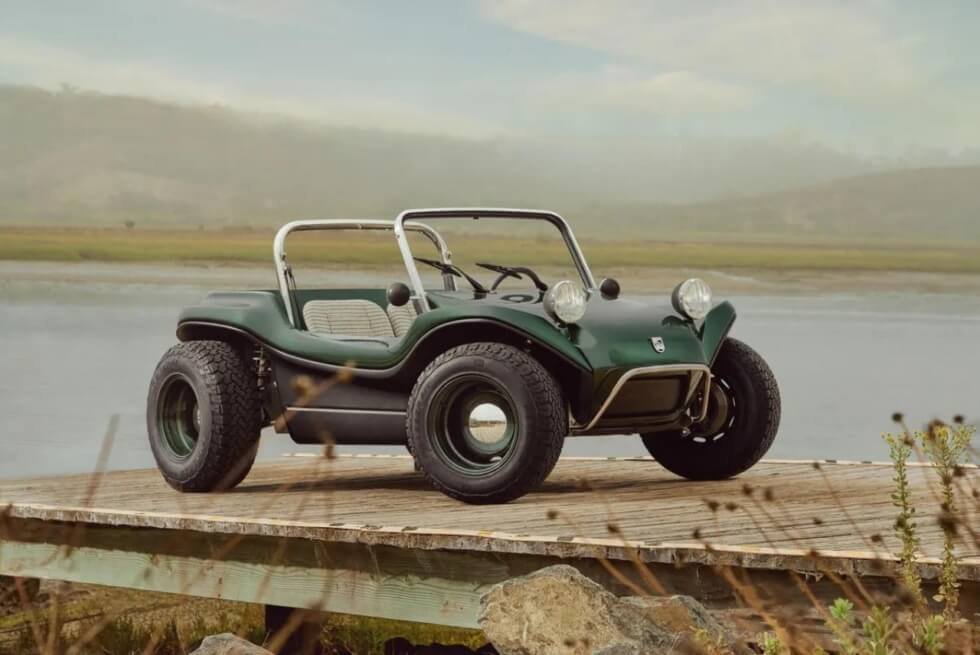 These days, you hardly see people break out their dune buggies anymore. It could be due to the regulations in place to protect people on public beaches, or the noise and pollution it brings. As such, popular platforms like the MOKE are going green and thereby addressing the latter. Another iconic model – the Meyers Max – also welcomes an all-electric version called the Manx 2.0.

As hinted at before, this reveal arrives ahead of Monterey Car Week 2022. Surely, there are more to come in the next few days, but let’s check out what this emission-free take on a classic offers. First up, nostalgic gearheads will appreciate how the Manx 2.0 retains the familiar silhouette of its predecessor.

This is no longer a kit car, but a ready-to-ride vehicle with retro aesthetics by Freeman Thomas. He’s the guy behind the VW New Beetle and Audi TT. Out goes the petrol mill and in its place are two rear motors. The battery capacities available are 20 kWh and 40 kWh. The range should be around 150 and 300 miles respectively.

At a weight between 1,500 and 1,650 lbs., depending on battery size, mileage should be higher than the numbers indicated beforehand. So far, the manufacturer rates the output of the 40 kWh battery unit at 202 horsepower and 240 lb-ft of torque. The Manx 2.0 can zip from 0-60 mph in 4.5 seconds.

Much like the original, the roof is removable, but you can’t store it on the electric beach buggy. There are areas to hold smaller cargo behind the seats and under the hood. It’s too early to tell, but the Manx 2.0 should comply with regulations to make it street legal. 50 units will ship out to owners in 2023. 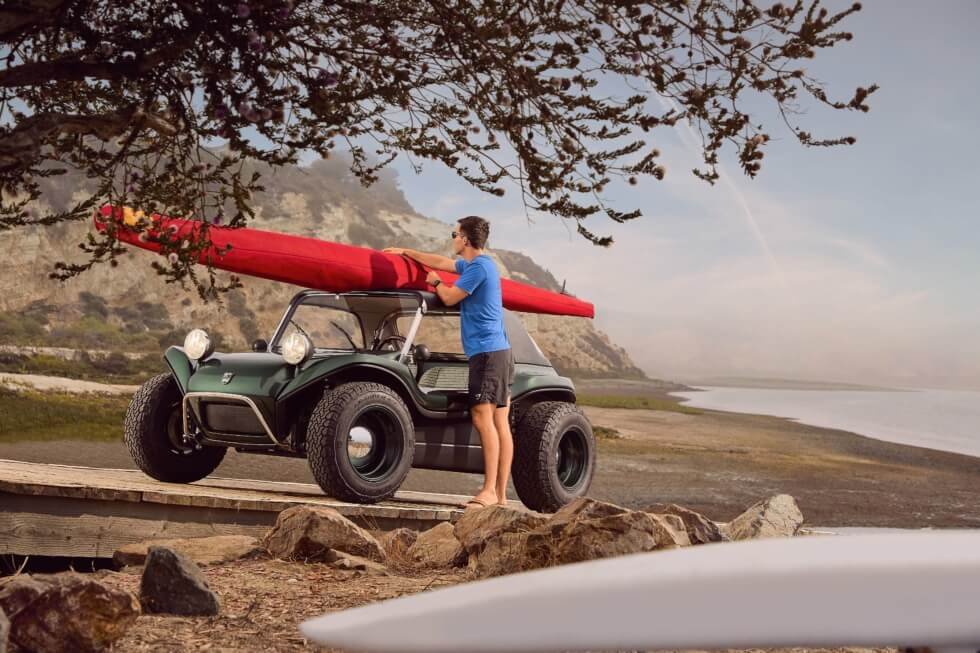 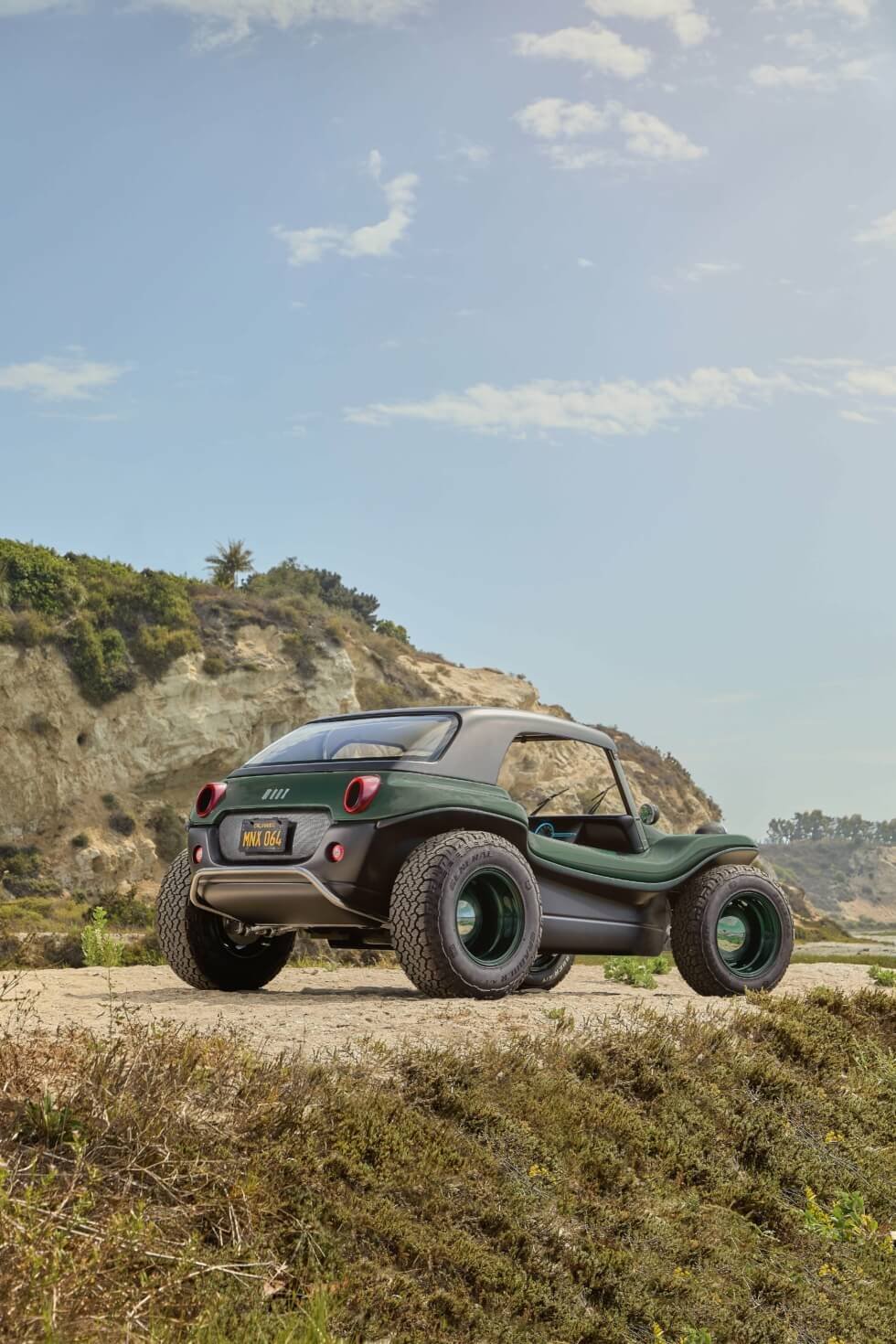