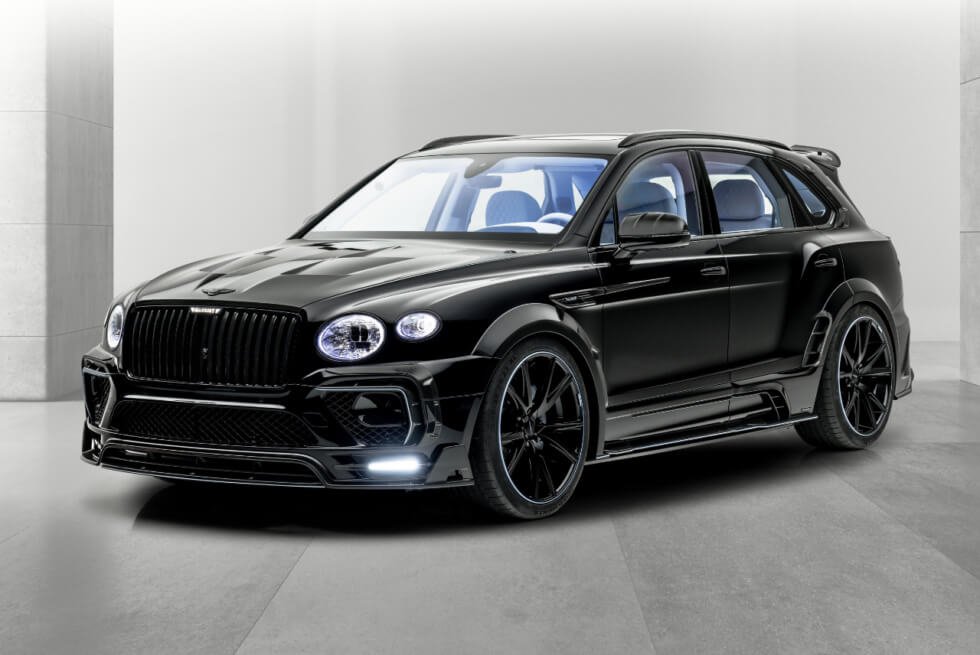 When you own a ride like a Bentley Bentayga Speed W12, it’s practically the highest level of automotive workmanship already. However, there are aftermarket tuners that can elevate its luxury even further. MANSORY gladly takes on any request from its discerning clientele as long as the cost is not an issue and it’s within reason. Let’s check out what they have for the SUV.

At first glance, this machine is already a winner just because it flaunts a murdered-out colorway. Of course, there’s more to this Bentley Bentayga Speed W12 than just the dark aesthetics. Since this is MANSORY we’re talking about, a serious bump in the performance department is part of the package.

Although the original silhouette is still recognizable, the widebody conversion makes it look a whole lot meaner. Couple that with the blackout coat of its exterior and what we have here is a stealthy and powerful beauty. Its custom hood with four vents, air intakes, the front lip, grille, and side flaps all sport a Visible Carbon finish.

In contrast, the stock numbers were at 626 horsepower and 664 lb-ft of torque. Next, MANSORY tells us that 0-60 mph is listed at under 3.5 seconds with a top speed of more than 200 mph. This is no tiny upgrade! The Bentley Bentayga Speed W12 is now riding on a set of custom 23-inch Type Y.5 wheels in glossy black with optional 24-inchers likewise available. The Whitespace x Louis Vuitton Luggage Set includes a snowboard case, a guitar case, an iconic Keepall, a Horizon, and a snowboard hand-signed by Shaun White.